The Seva Vanitha Army Branch (SVAB) of the Sri Lanka Army at a function held at Army Headquarters on Tuesday (14) morning awarded scholarships to twenty children of differently-able soldiers and one dead soldier.

SVAB instrumental in welfare work of Army soldiers and their next of kin has hitherto offered several thousands of scholarships to children of Army personnel who became disabled or lost their lives.

Nineteen children of disabled soldiers and one child of a dead soldier, accompanied by a representative of the respective Regiment, in which their fathers served, received these scholarships from the Army Commander at this function, organized by SVAB 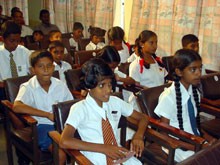 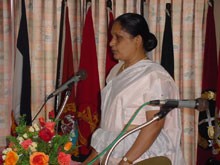