Major General Thilak Weerakoon, Additional Director Project Management Unit at Defence Headquarters Complex, about to retire from the Army after a three-decade of hard work and dedicated service to the Army was invited by the Chief of Defence Staff and Commander of the Army, General Shavendra Silva to his office at the AHQ on Monday (26).

Major General Thilak Weerakoon, one of the senior officers, groomed by the Sri Lanka Artillery (SLA) during his career in the Army held a number of key appointments before he was entrusted with the most responsible office of the construction project at Sri Jayewardenepura new Defence Headquarters Complex.

General Shavendra Silva during the brief interaction with the retiring Major General Thilak Weerakoon commended his exemplary service and inquired into his future plans upon retirement. The retiring Senior Officer before being appointed to the Defence HQ complex served a number of key appointments in the Army and the Sri Lanka Artillery in particular. 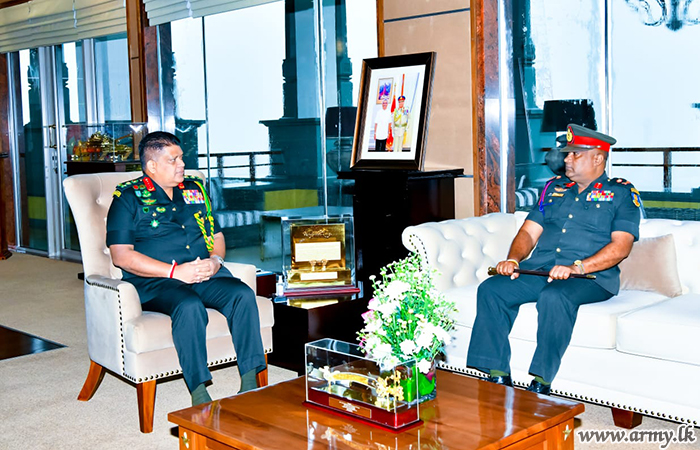 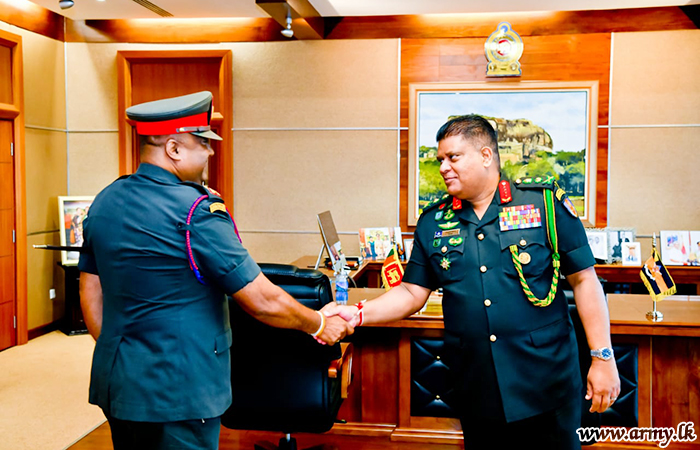 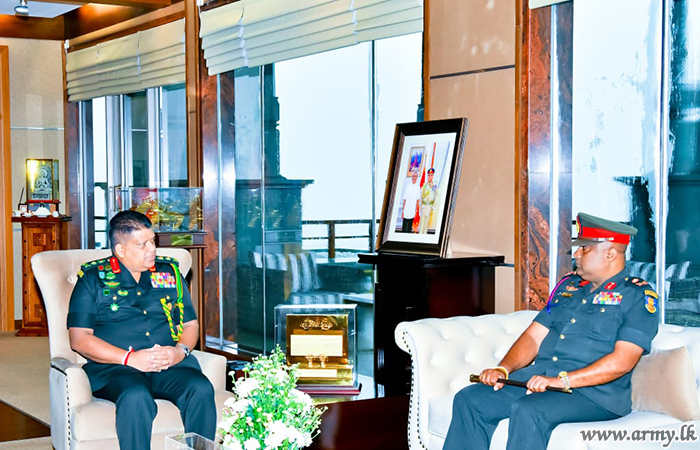 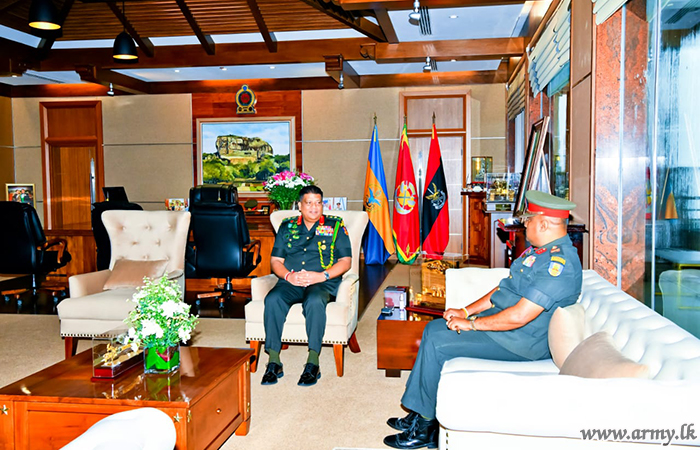 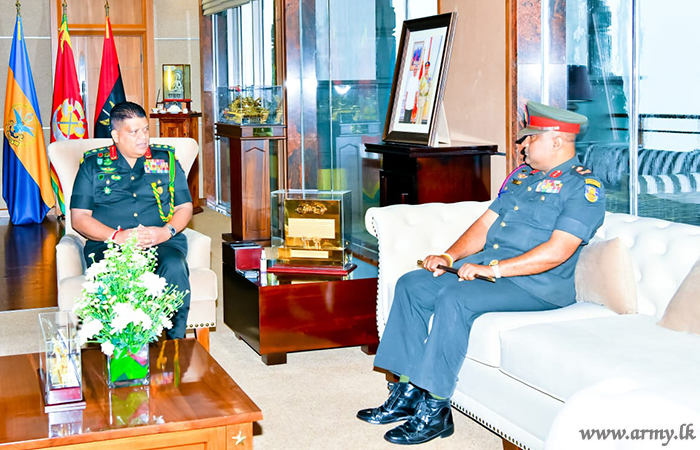 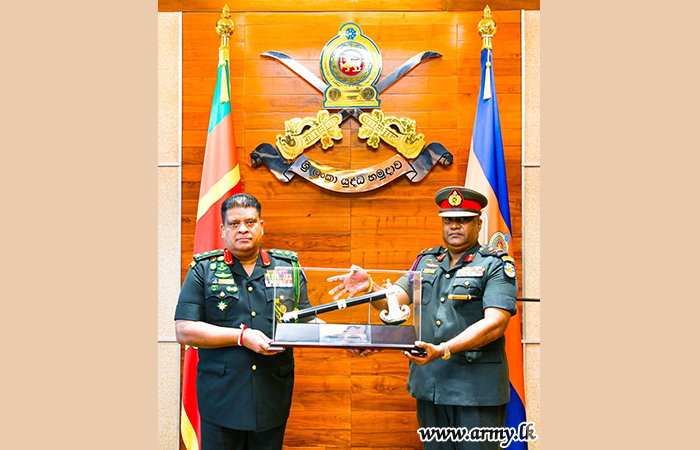 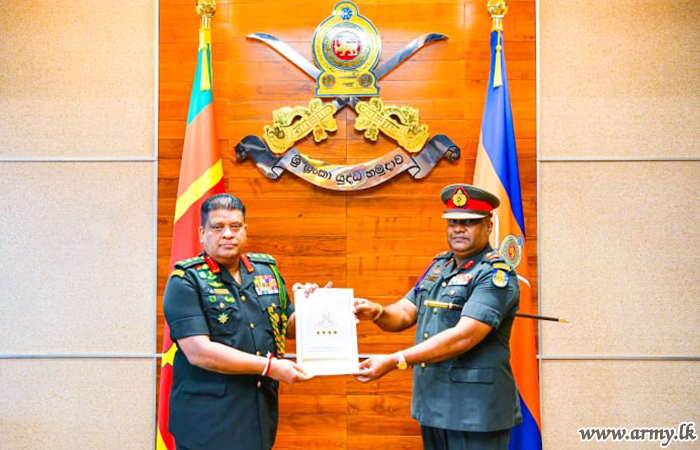 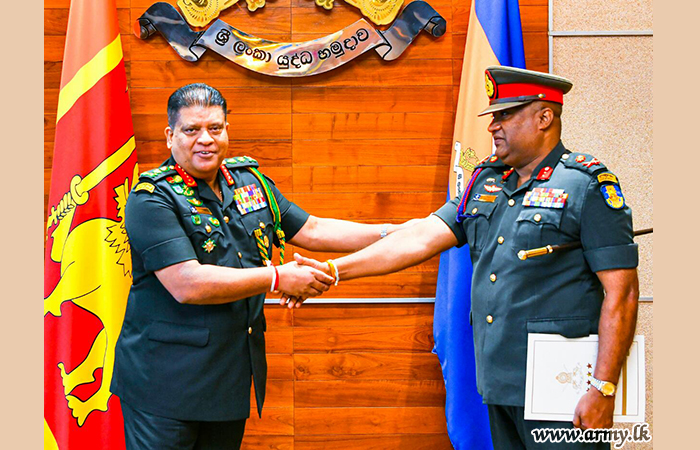