On the eve of the retirement of Major General Prabath Dematanpitiya, Colonel Commandant SLSC and Chief of Staff of the Army, General Shavendra Silva, Chief of Defence Staff and Commander of the Army invited him to the latter's office at the AHQ on Tuesday (12) and commended his dedicated services to the Army for more than three decades.

Major General Dematanpitiya, one of the proud soldiers, produced by Sri Lanka Signal Corps (SLSC) has held a number of key appointments in the Army during his career of more than three decades.

General Shavendra Silva during the brief interaction shared a few thoughts with the retiring Major General Prabath Dematanpitiya and spoke good of his dedicated service to the SLSC and the new additions he added to the field of Signals as a creative Officer. 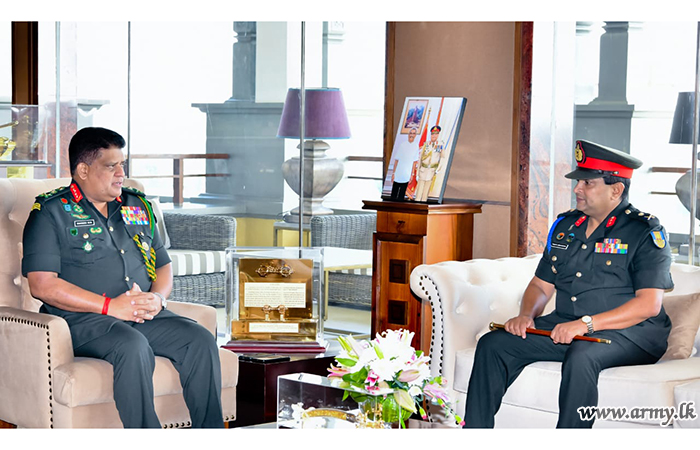 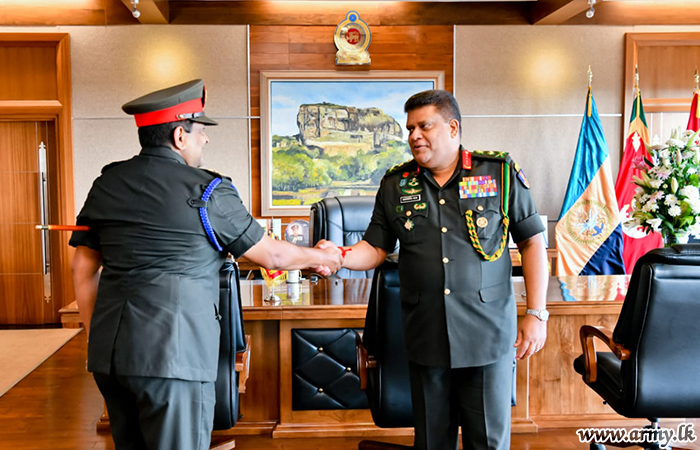 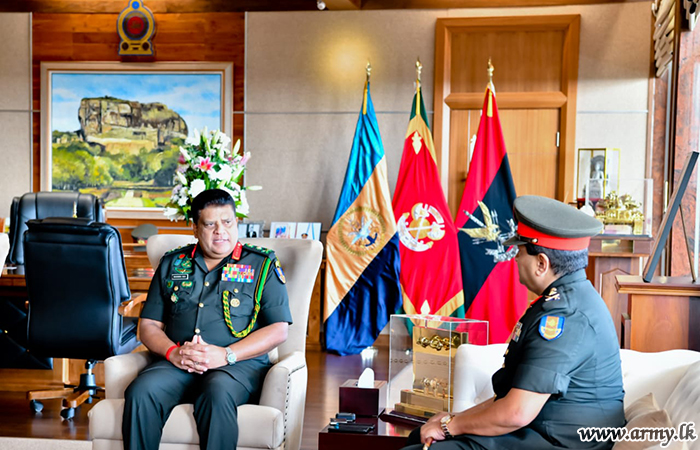 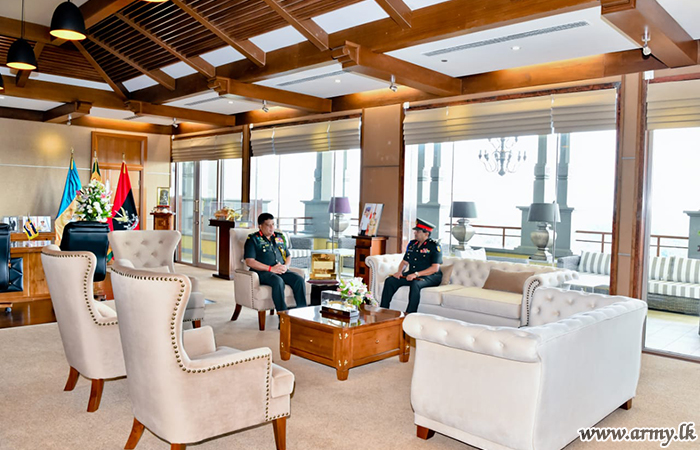 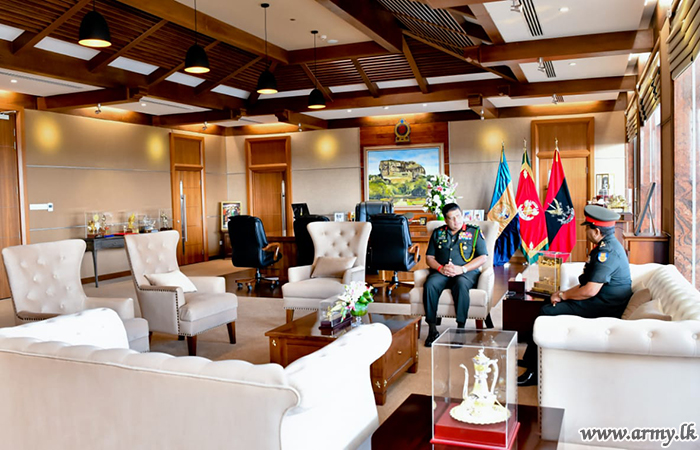 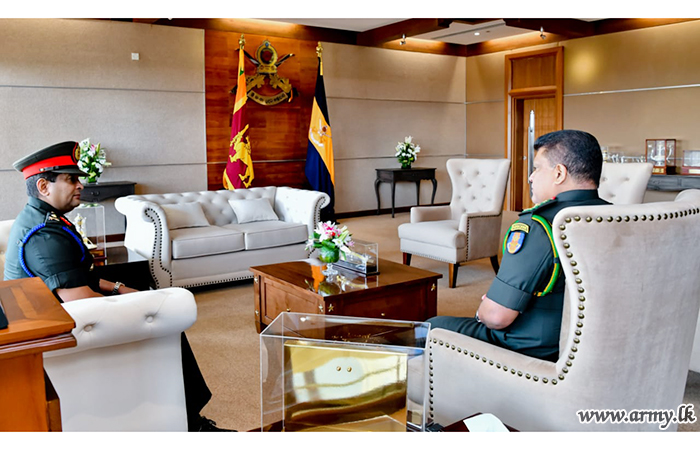 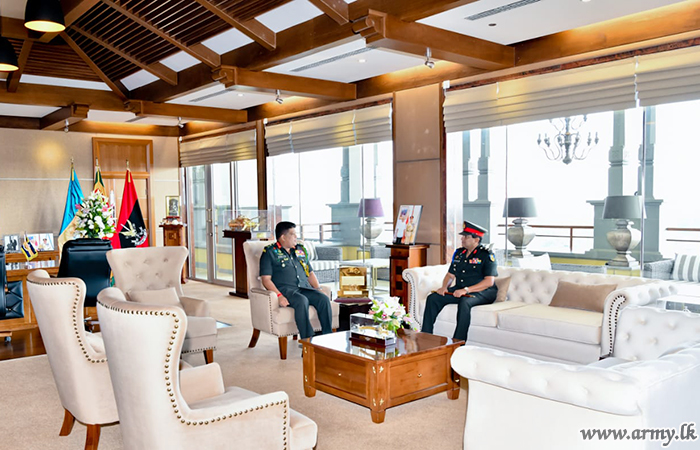 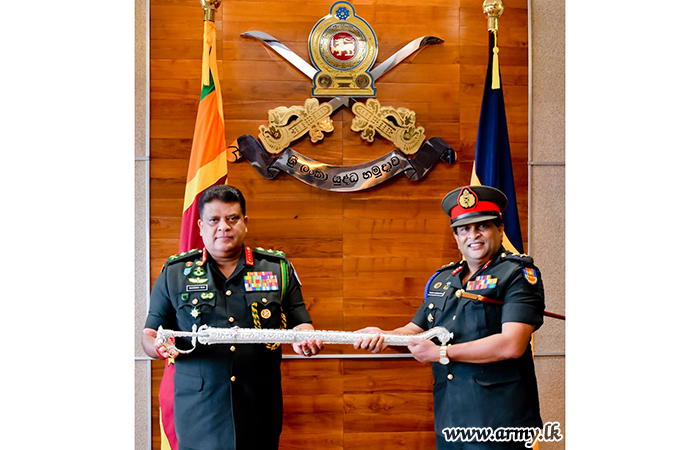 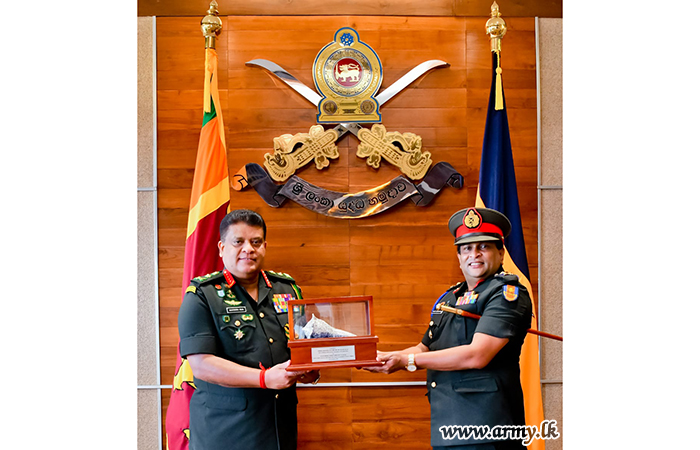 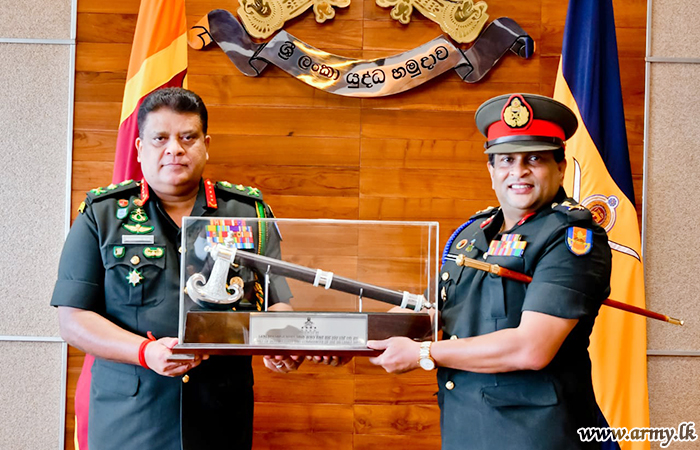 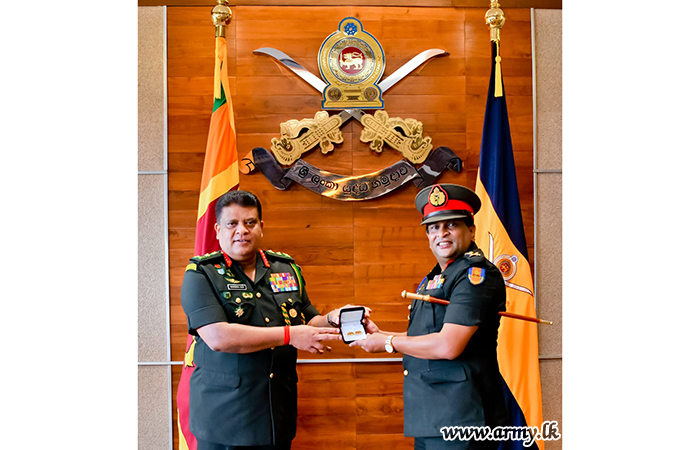 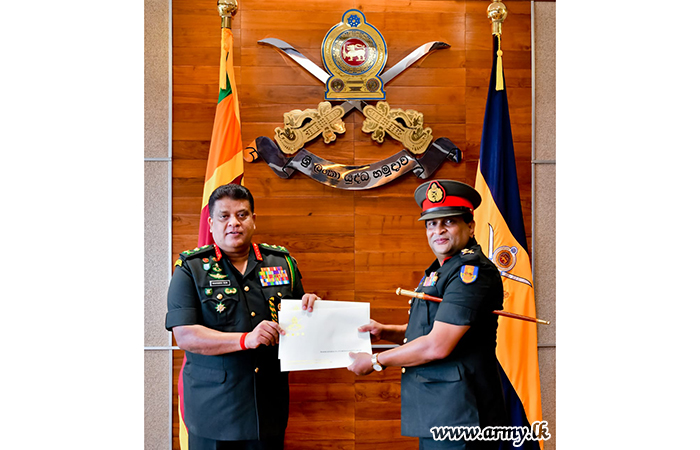 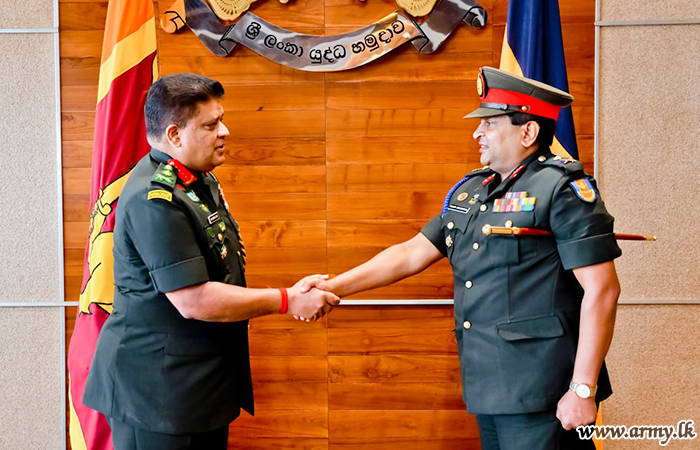 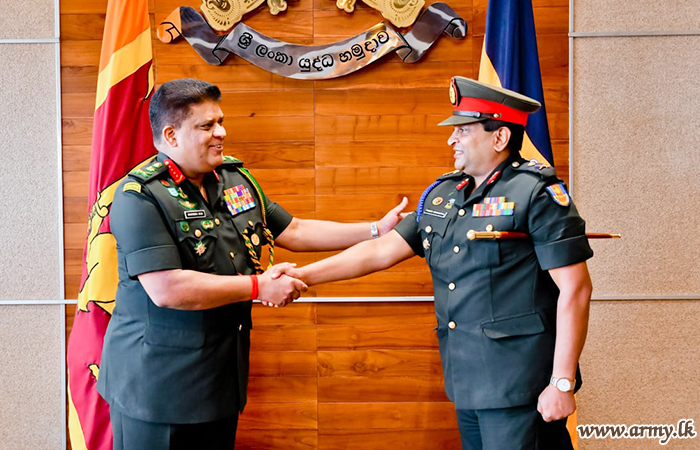