All Time Preparedness at the Highest Level, Accomplishment of assigned Tasks for best End-results, Adoption of Innovative and ad hoc Measures for Quick Rescue moves, Commitment for the Greater benefit of own Compatriots, and more than anything else, the Bravery demonstrated by troops in the most recent adventurous operation in search of a missing person in Madulsima, off 'Little World's End' area received high praise and admiration when General Shavendra Silva, Chief of Defence Staff and Commander of the Army this morning (15) summoned a section of those Special Force (SF) soldiers to the Army HQ symbolically and awarded them laurels and certificates.

" Once you return to your Brigade, ensure the chain of your adventurous and exciting rappelling rescue movements along the cliff sans all required paraphernalia is well documented in your own handwriting, so that subordinates joining the Army after you, could learn about the risks involved in such life-threatening roles and admire your efforts. It would not only enlighten you about achievements in future, but would also help rectify lapses, mistakes and experience, associated with the whole operation. These symbolic Commendation mementos and letters of Commendation would further inspire your commitment to this noble profession of unmatched nature, setting examples. Your timely action once again endorsed the fact that SF troops are a special breed, prepared to take on any challenge at any time of the day, no matter how difficult and demanding it would be," General Shavendra Silva who is also the Colonel of the Regiment, SF remarked so to the 15-member SF team who called on him, together with Brigadier Thushara Mahalekamge, Commander SF Brigade and Major G. H Amitha, Commanding Officer, 4 SF.

On the same occasion, General Shavendra Silva viewed a video clip on the entire operation and saw for himself how concerted efforts were made by the troops to go down the precipice, more than 1200 ft in depth in search of the missing 35-year old media official despite dark, misty, wet and windy weather patterns. Each soldier and Officer at the Commander's office was presented with a letter of commendation plus a symbolic memento by General Shavendra Silva towards the end of the meeting.

Troops of the 112 Brigade and Special Forces (SF) recovered the remains of Mr Dinura Wijesundara who had joined a camping excursion on Saturday (6) with 11 more persons on Tuesday (9) from a depth of about 1200 ft of the precipice. Major General Kumara Jayapathirana, Commander, Security Forces-Central, 112 Brigade Commander, Brigadier Anura Dissanayake and Commander SF Brigade, Brigadier Thushara Mahalekamge, together with respective Commanding Officers carried out the entire operation that continued for more than 65 hours. 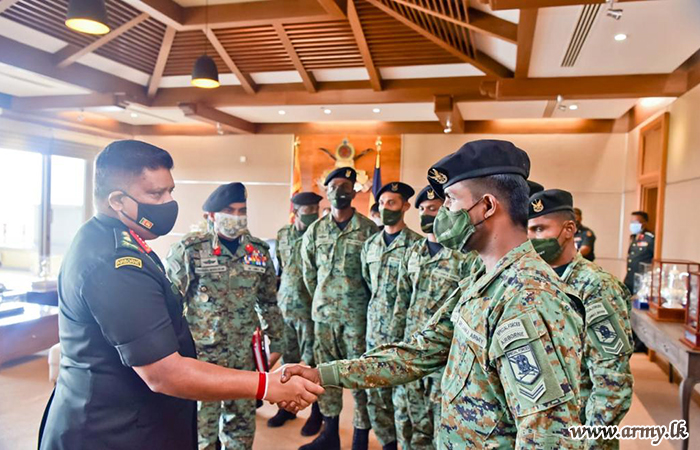 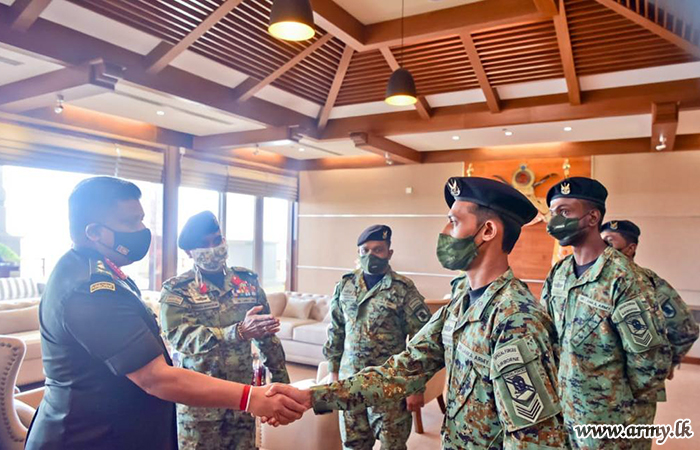 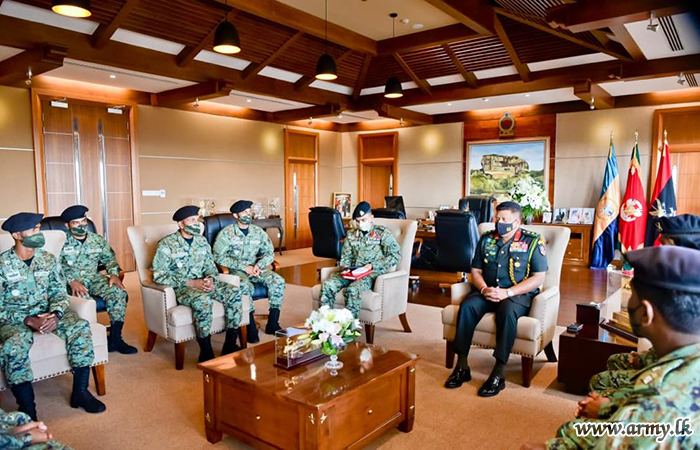 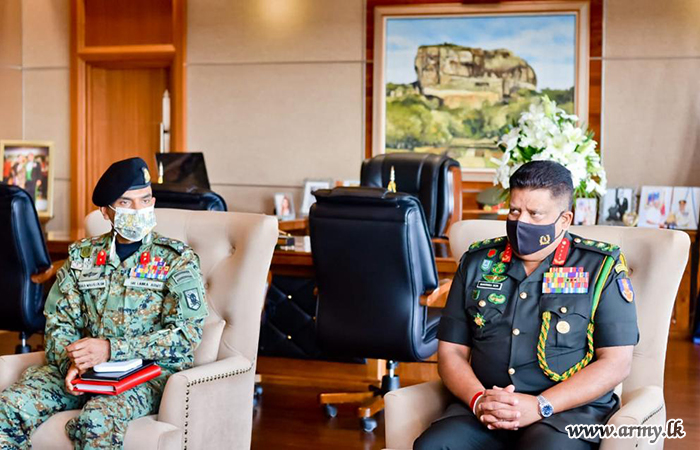 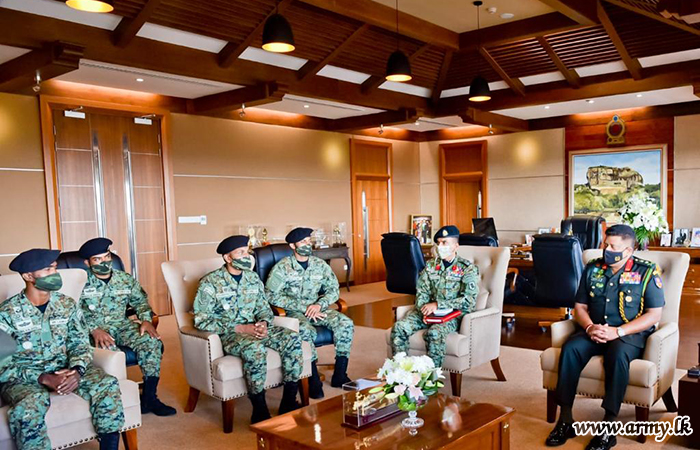 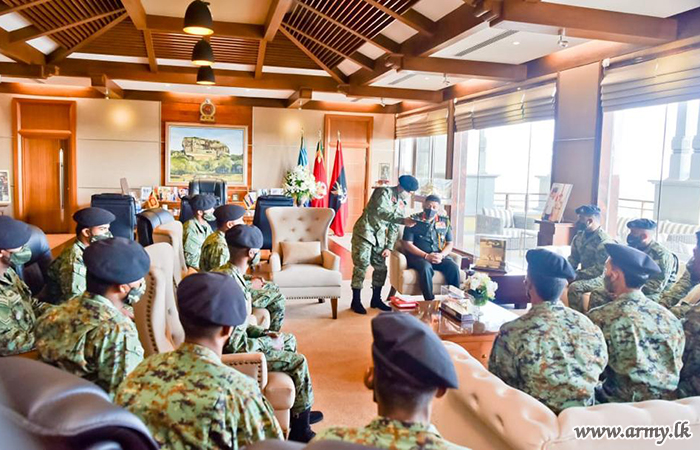 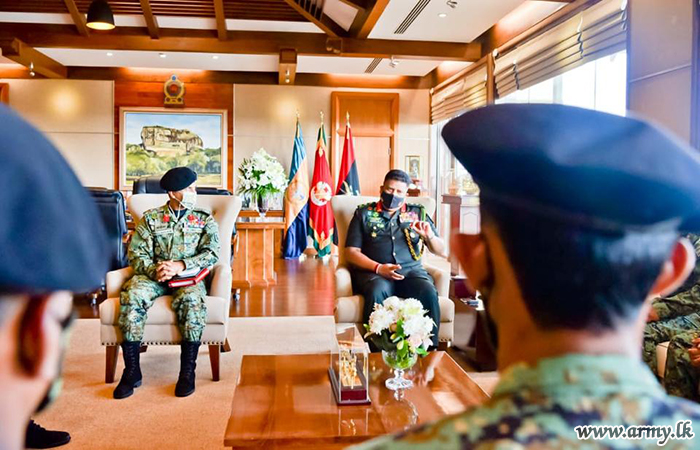 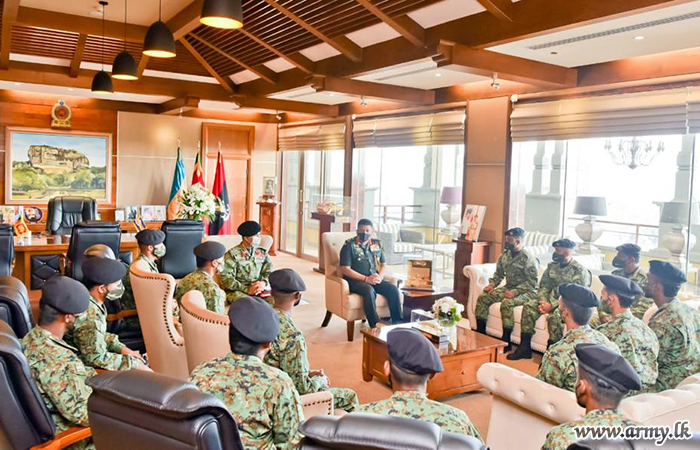 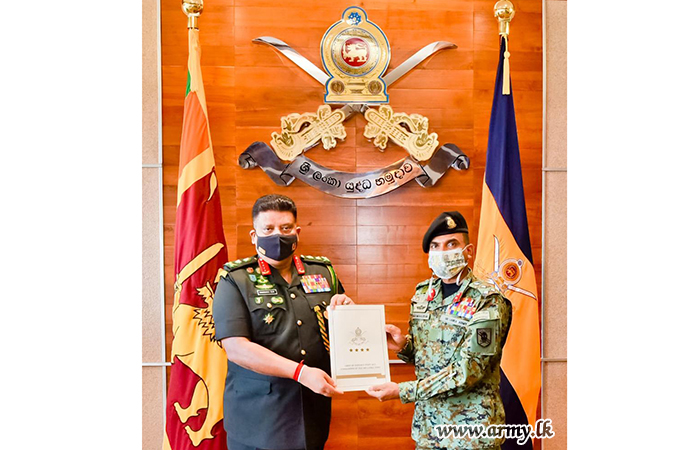 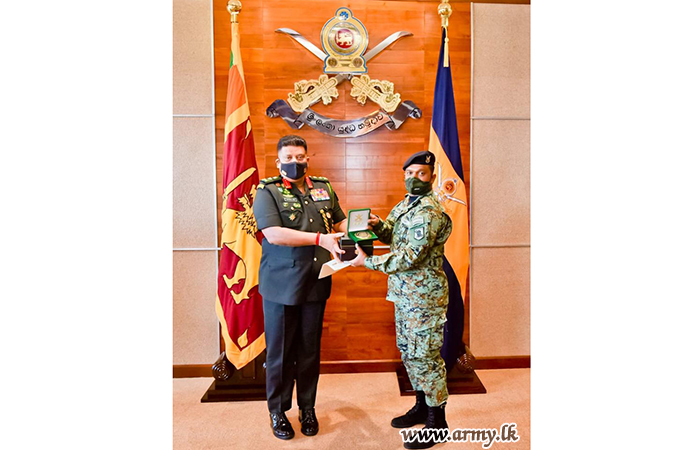 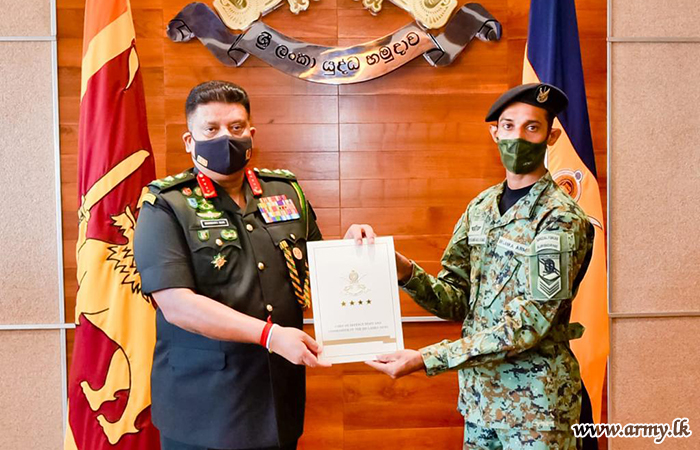