Sacred ‘Deegawapiya’ to be Renovated on HE the President’s Guidance

The auspicious inauguration of the most sacred ‘Deegawapiya’ pagoda renovation commenced this morning (29), graced by several prominent prelates, Ms Anuradha Yahampath, Governor for the Eastern Province, Major General (retd) Kamal Gunaratne, Secretary of Defence, Lieutenant General Shavendra Silva, Chief of Defence Staff, Commander of the Army and Head of the National Operation Centre for Prevention of COVID19 Outbreak (NOCPCO), parliamentarians and a host of state officials.

The ‘Deegawapiya’ pagoda, one of the most sacred sixteen (Solosmasthana) Places of Worship has remained dilapidated and lacked repairs for a long time and the matter was brought to the attention of HE the President by the ‘Deegawapiya’ Chief Incumbent, Ven Mahaoya Sobhitha Thero. Accordingly Major General (retd) Kamal Gunaratne, Secretary of Defence and Lieutenant General Shavendra Silva, Chief of Defence Staff, Commander of the Army and Head of the NOCPCO during a previous tour took up the issue with the incumbent.

The manpower of the Army with its technical and engineering skills on the instructions of the Commander of the Army has undertaken the entire renovation with the concurrence of the Secretary of Defence since the temple records a legendary history.

Today’s inaugural repair of this sacred place began with the milk pot-boiling ritual after all the distinguished stakeholders made offerings and religious observances in the shrine amid chanting of ‘Seth Pirith’ by Maha Sangha.

Soon after the inauguration, several Buddhist monks including the Incumbent at Mahiyanganaya Raja Maha Viharaya delivered ‘Anushasana’ (orations) before the Governor, Secretary Defence and Commander of the Army addressed the gathering of state officials and all other main contributors to the project.

The meeting was told that the renovation project would be completed within a matter of two years. 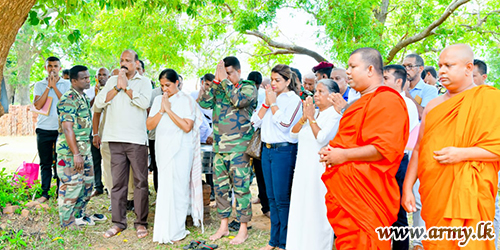 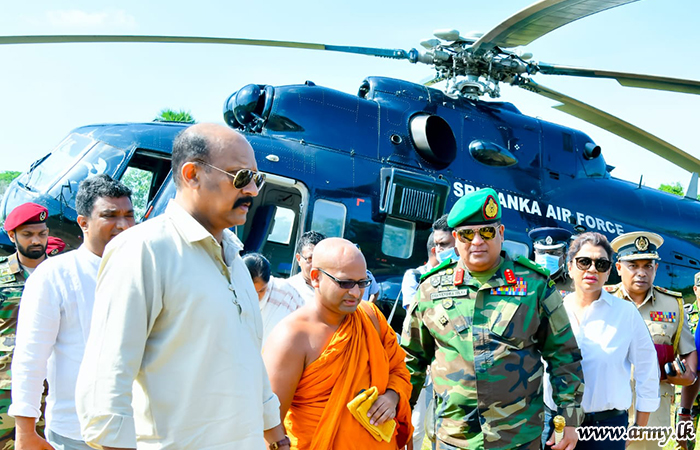 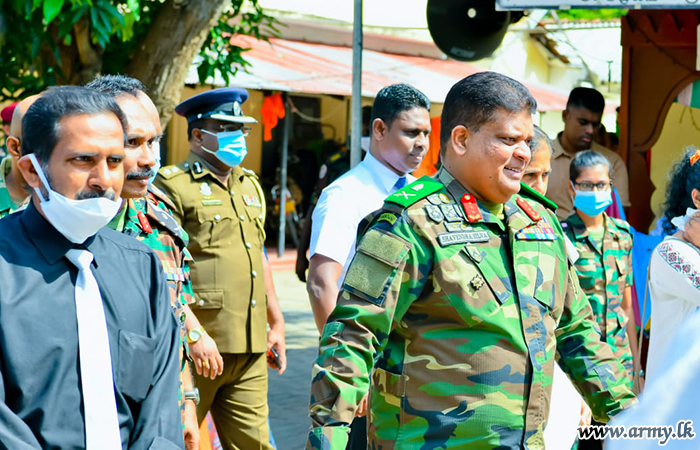 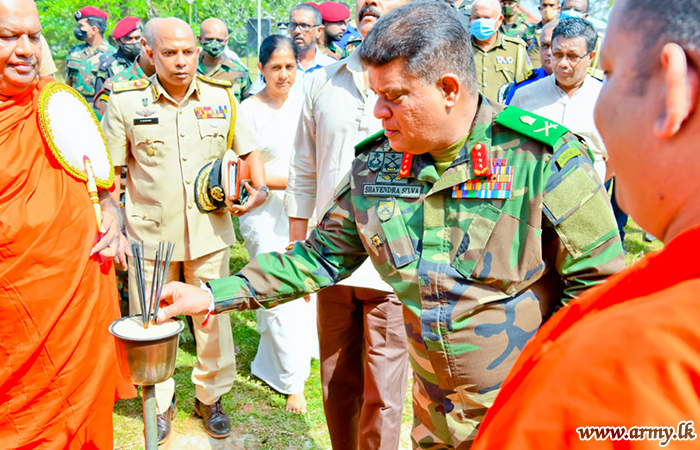 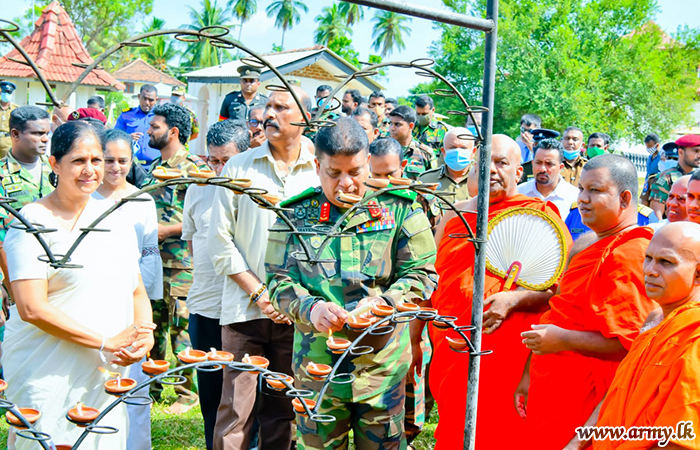 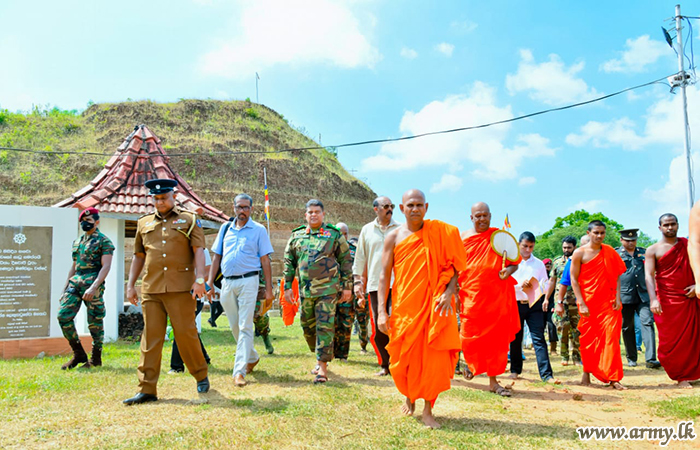 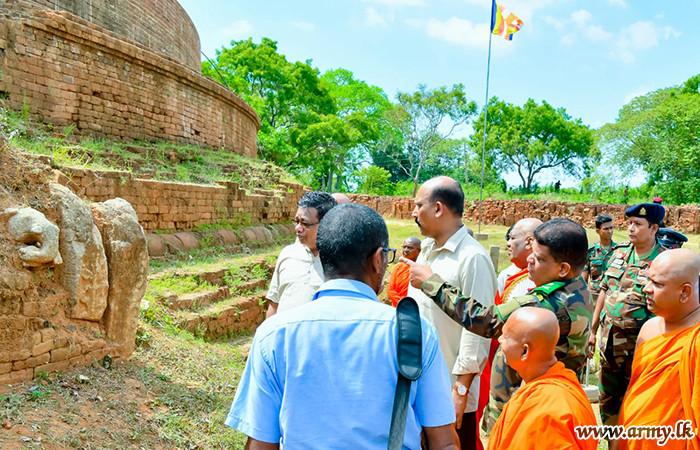 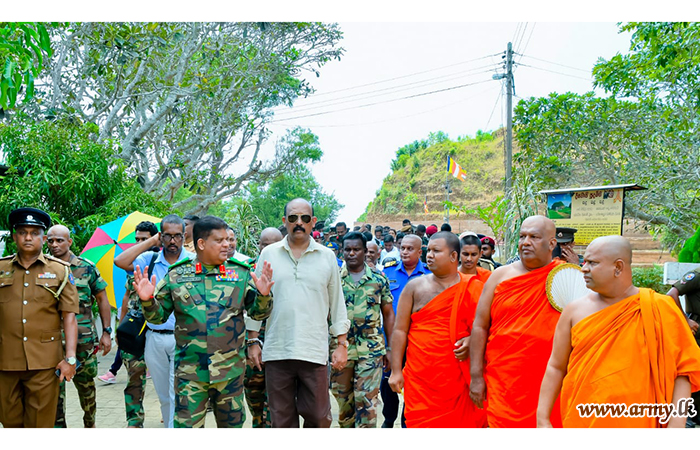 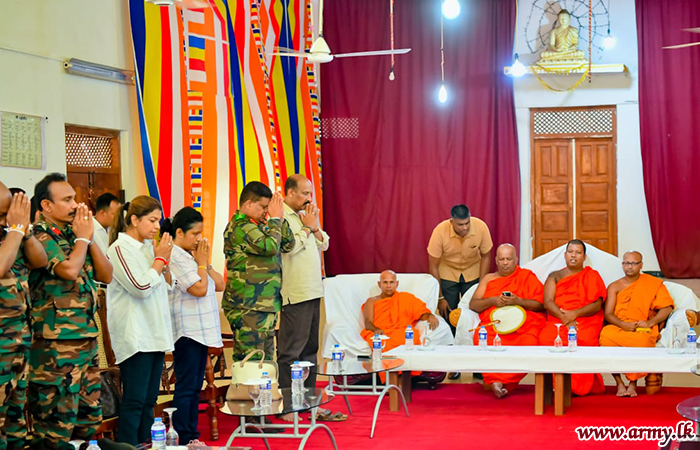 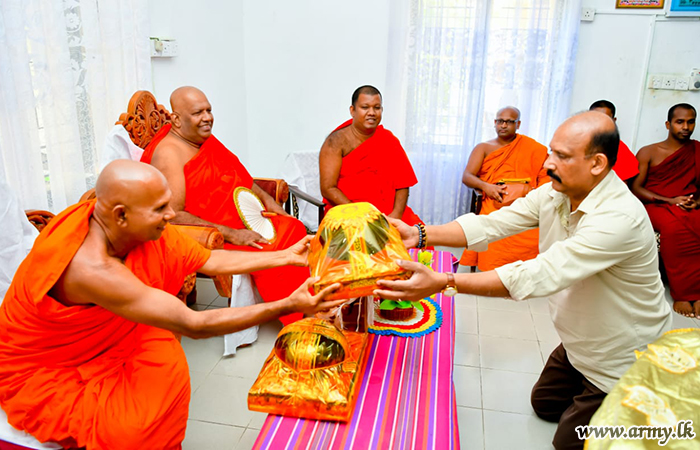 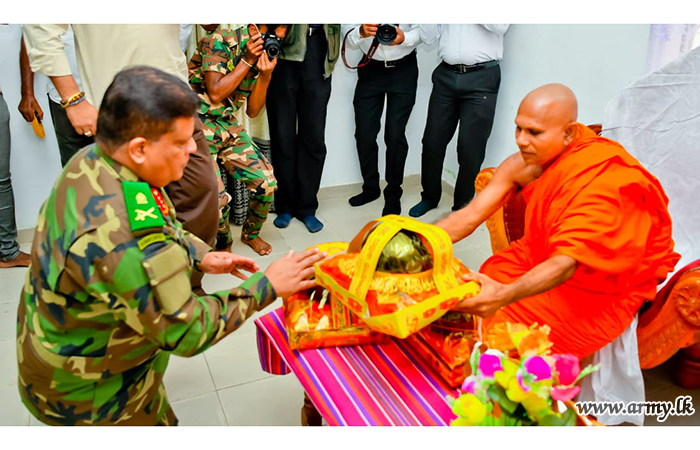 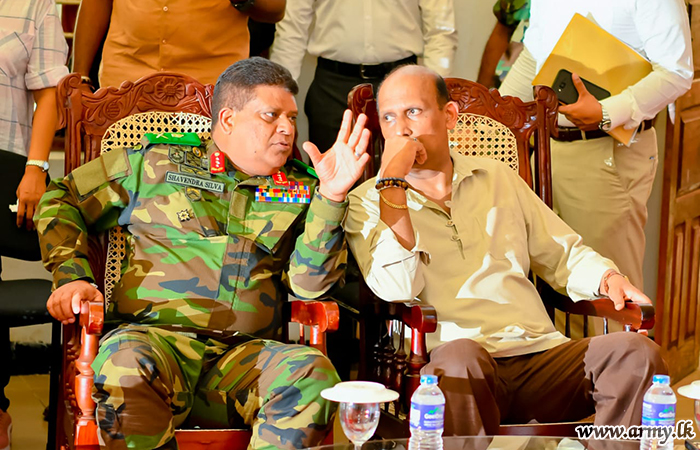 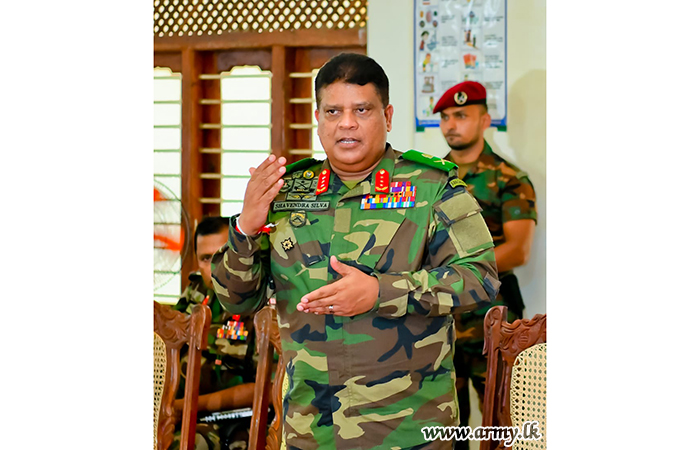 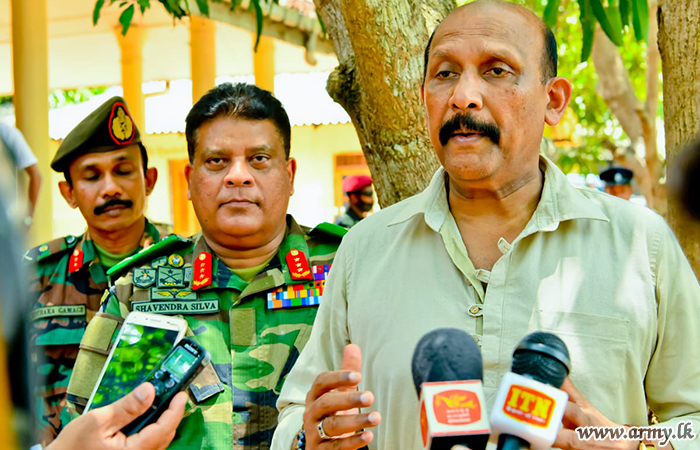