Commander-in-Chief of the Land Forces, General of the Army, Oleg Salyukov of the Russian Federation currently in Sri Lanka on a goodwill tour at the invitation of his Sri Lankan counterpart Lieutenant General Shavendra Silva, acting Chief of Defence Staff and Commander of the Army this afternoon (5) paid a courtesy call on HE the President Gotabaya Rajapaksa, Commander-in-Chief of the Armed Forces at the Presidential Secretariat.

HE the President Gotabaya Rajapaksa extended a warm welcome to the visiting Army Chief of Russia before he commenced a formal courtesy meeting with him, in which both the President and the visitor refreshed the memories of sound relations that have been on between both nations.

Towards the culmination of the courtesy audience, Russia's Land Forces Commander awarded a special memento to the President as a symbol of goodwill and cherished memories. The gesture was reciprocated. 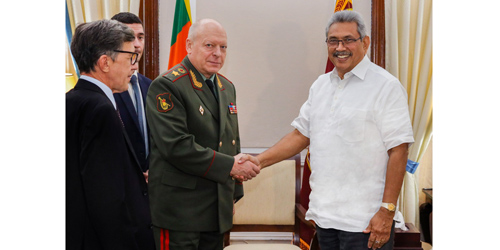 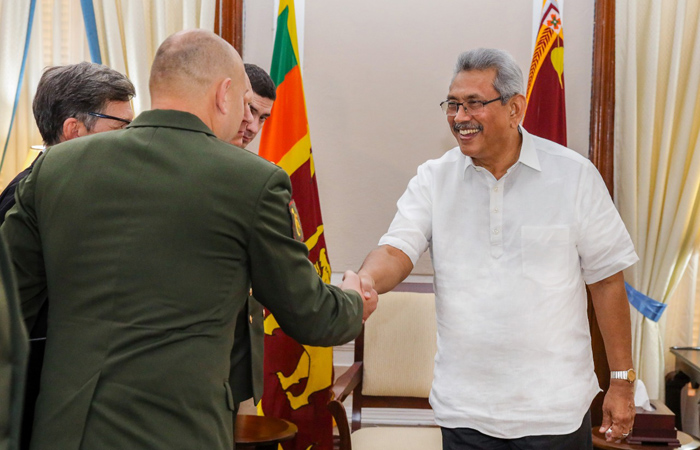 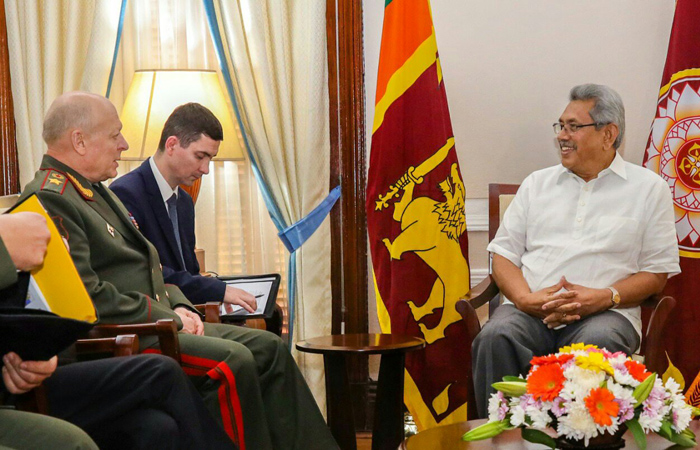 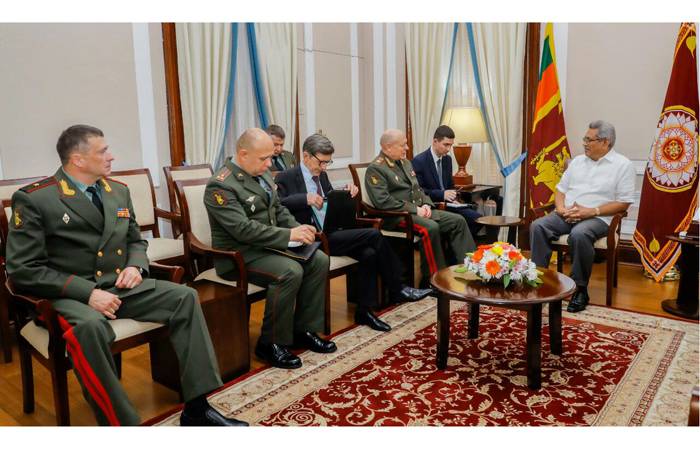