Colonel Chernishov Pavel Valerievich (Russia), Chief of the Group of the Division of the Chief of Electronic Warfare of the Russian Armed Forces dwelling on ‘Military Dynamics of Electromagnetic Spectrum’ in the final session on the ‘Colombo Defence Seminar - 2019’ on Thursday (29) at the BMICH pointed out the use of electronic spectrum in the event of future warfare.

In his brief analysis, he elaborated on the use of Electromagnetic Spectrum Bands in the military sphere and how it could be used as a wing of the electronic warfare.

“Managing the use of radio frequency spectrum and how international regulations could be applied for effectiveness for military operations to be in consistent with most required communication systems which are vital to the operations are of concern,” he added. 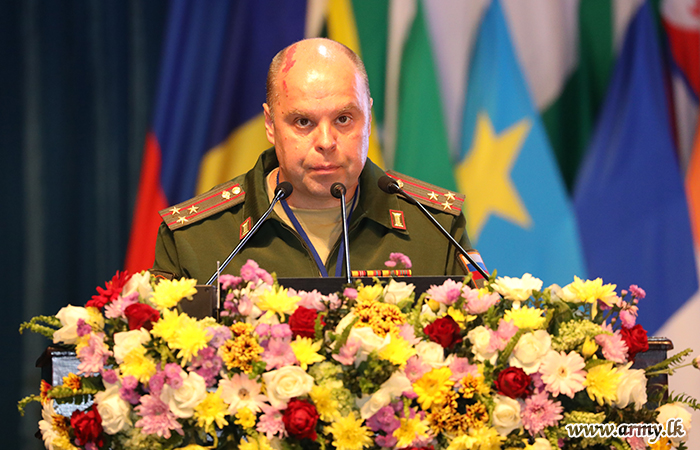