The visiting Commander-in-Chief of the Land Forces, General of the Army, Oleg Salyukov of the Russian Federation, as part of the day’s itinerary called at Sapugaskanda Defence Services Command and Staff College (DSCSC) on Wednesday (5) morning where Army Officers are trained for graduate studies.

On arrival at the DSCSC, the Russian Army Chief was warmly received by Major General Prabath Dematanpitiya, Commandant, DSCSC and ushered to his office at the DSCSC.

Cordial discussions that ensued afterwards exchanged views on Nation to Nation training practices, needed for Sri Lankan armed forces and other academic matters of interest to the DSCSC.

The DSCSC Commandant Major General Prabath Dematanpitiya towards the culmination of the talks awarded a special memento to the visiting Russian Army Chief as a token of goodwill and appreciation of his visit to the DSCSC.

A comprehensive briefing on the DSCSC roles, its mandate as well as its training modules was then presented to the visiting Army Chief in a multimedia presentation before he left his signature with compliments in the DSCSC Visitors' Book.

The visiting Russian Army Chief before he took leave of the premises posed for a group photo and added memories to the Officers and student community.

General of the Army, Oleg Salyukov is on a five-day goodwill visit to the country at the invitation of Lieutenant General Shavendra Silva, acting Chief of Defence Staff and Commander of the Army. 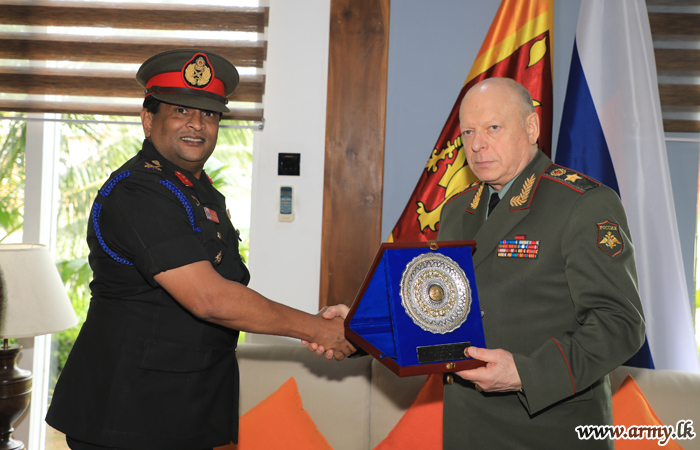 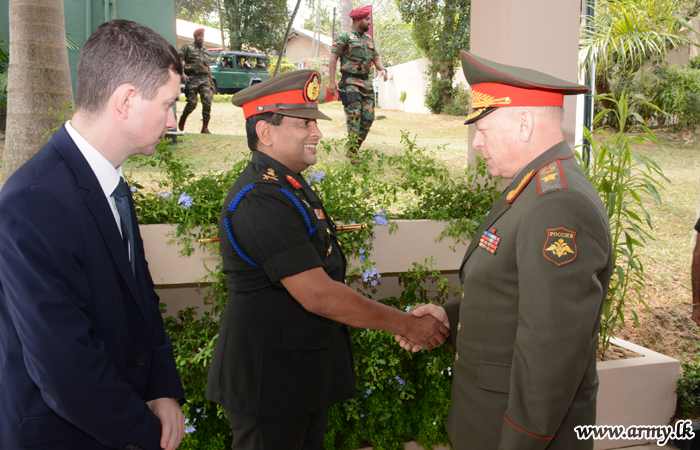 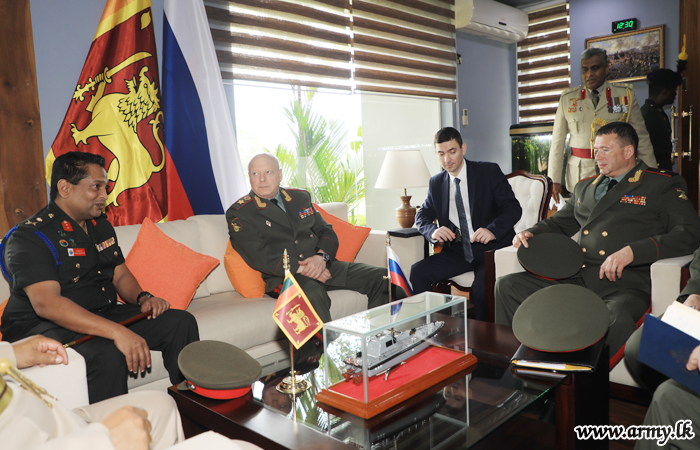 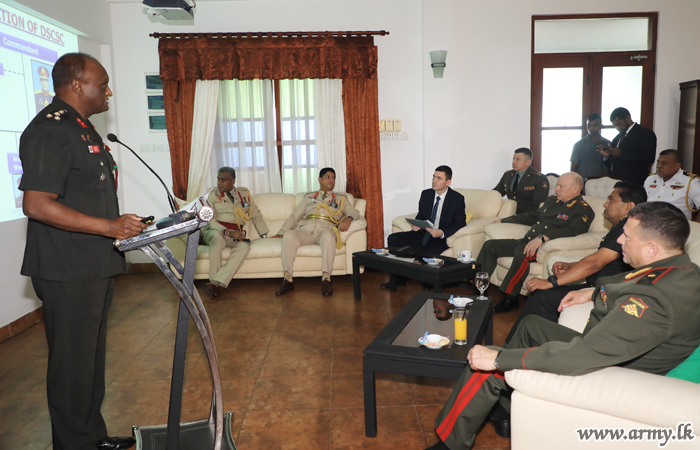 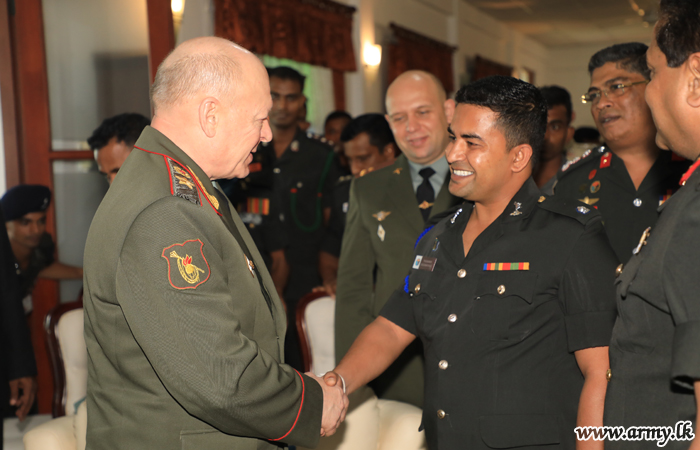 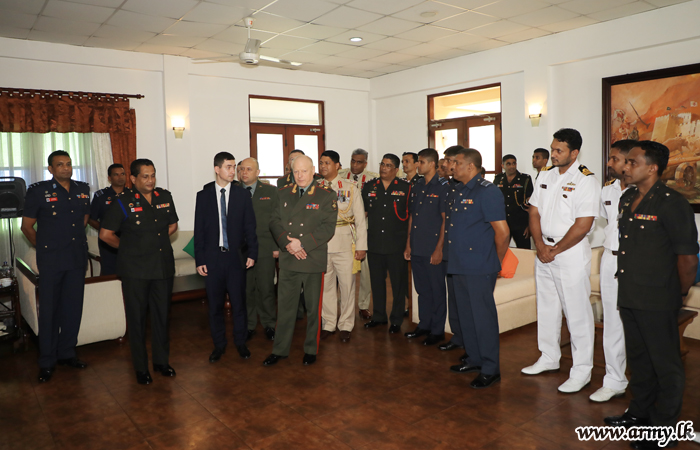 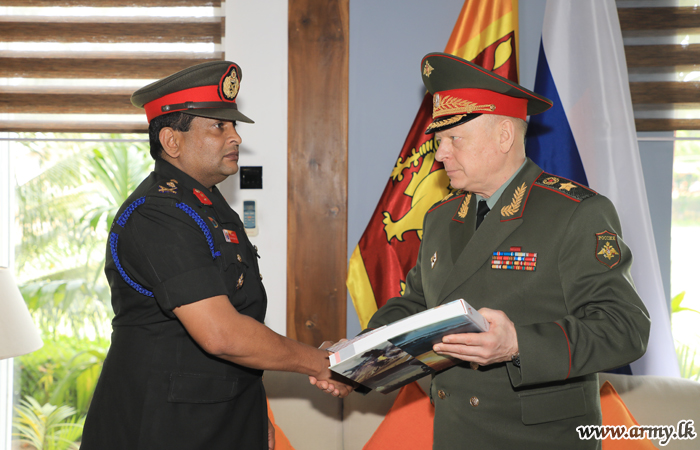 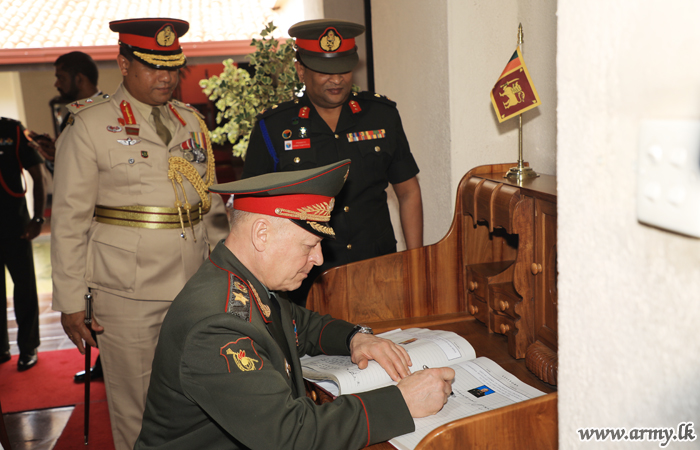 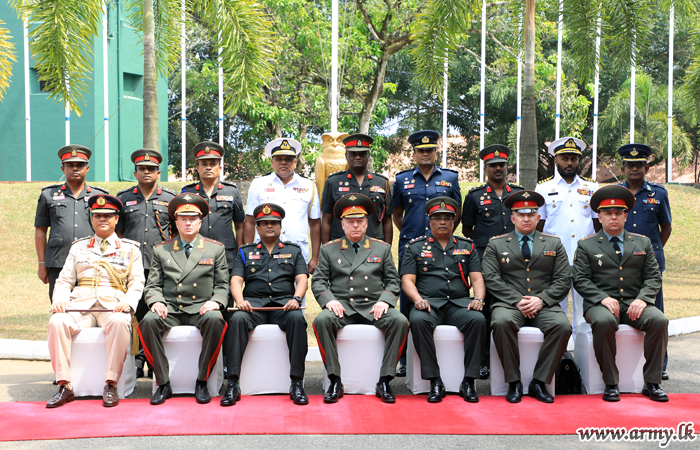