His Excellency, Mr Yury B. Materiy, Ambassador of the Russian Federation to the Democratic Socialist Republic of Sri Lanka called on General Shavendra Silva, Head of the National Operation Centre for Prevention of COVID-19 Outbreak (NOCPCO), Chief of Defence Staff and Commander of the Army this morning (7) at the Army Headquarters, Sri Jayawardenapura.

During the cordial meeting that ensued, the Ambassador commended the committed engagement of the troops in the control of COVID-19 and appreciated the timely contribution of all stakeholders against the spread of pandemic in the the country. He also touched on the current developments in the world as regards the pandemic and discussed the extent of its spread, infection rate and other matters of relevance.

General Shavendra Silva giving His Excellency an account of the status quo, preventive roles, conduct of quarantine centres, travel restrictions, detection of positive cases, etc, and explained HE the President's and the Sri Lankan government's strategic and specified approach towards the challenge. Also, he elaborated on the conduct of ICCs and Quarantine Centres as well as the ongoing vaccination projects across the country.

General Shavendra Silva profusely thanked Russia for her thoughtfulness and concern for the COVID-19 prevention roles, being performed by military personnel and others in the country and extended his best wishes to the people of Russia as cordial exchange of views culminated.

Towards the end of the interaction, General Shavendra Silva appreciated the arrival on visiting diplomat to the AHQ and wished him good luck with his future endeavours.

The delegation to the Army HQ included Colonel Mr Denis I. Shkoda, outgoing Military, Air and Naval Attaché at the Russian Embassy.

Military Secretary, Major General Ajith Kolambathanthri received the delegation on arrival and ushered them to the Commander's office at the Army Headquarters. 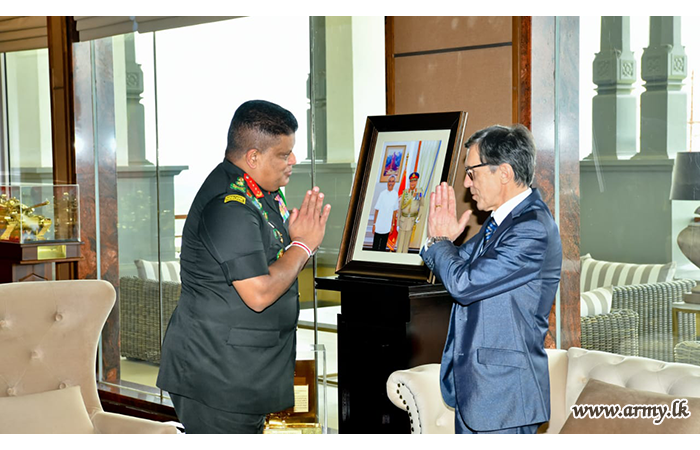 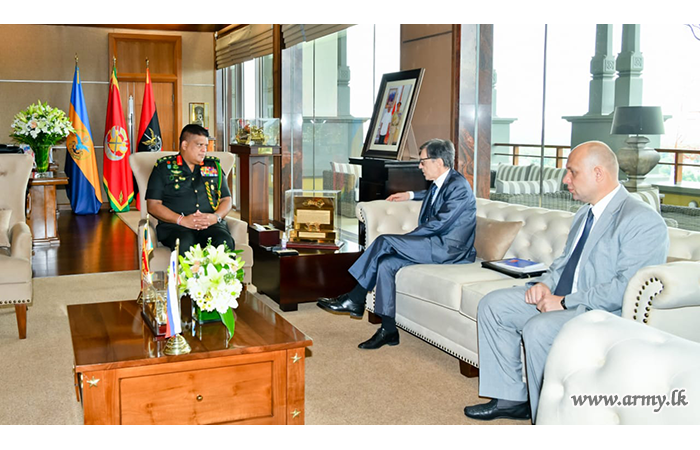 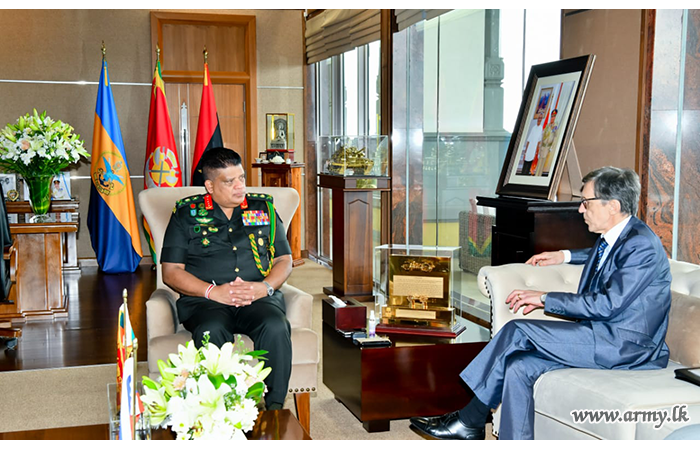 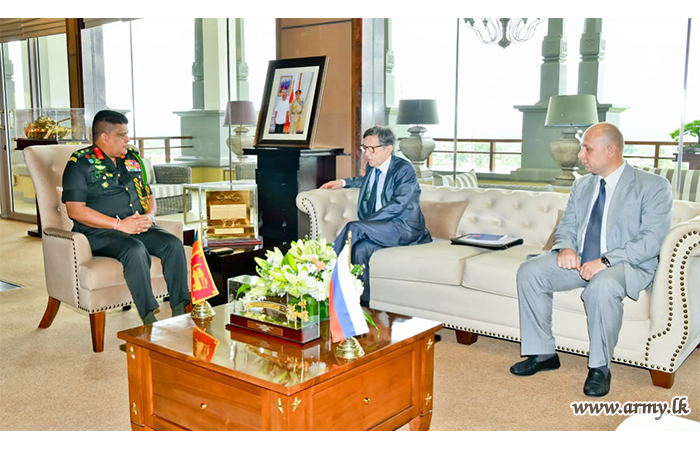 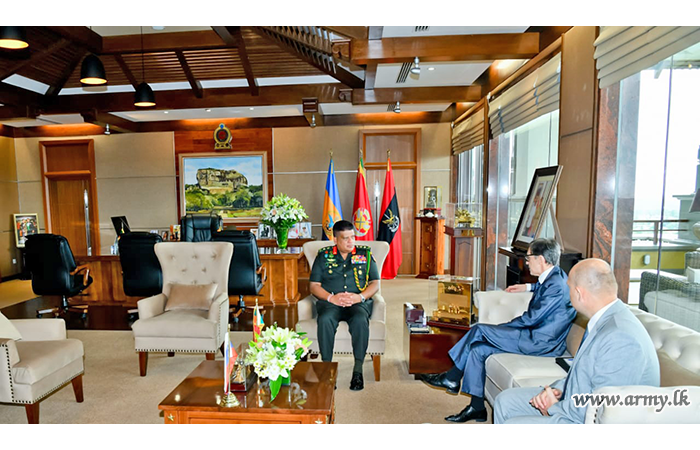 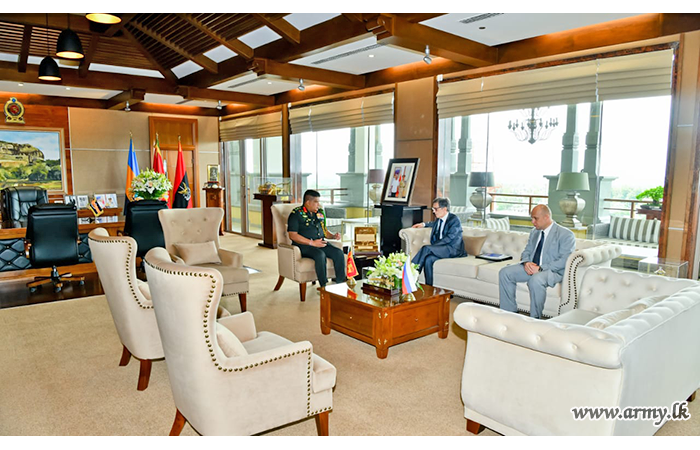 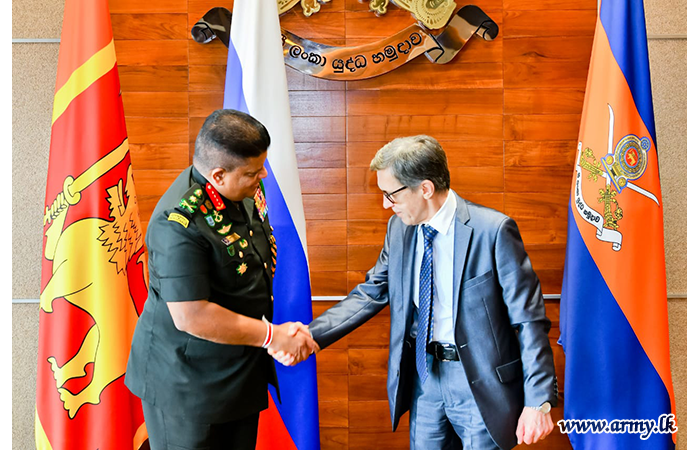 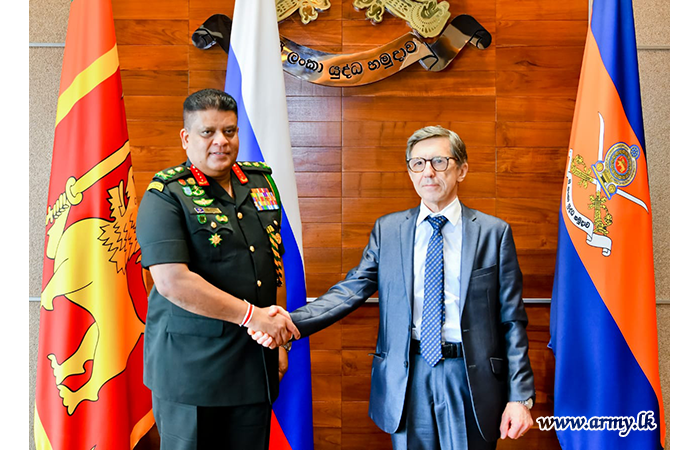