A special course together with a workshop on International Humanitarian Law (IHL), conducted by a board of Legal Advisors from the Royal Military for Sri Lankan Military Officers, is now in progress at the Sri Lanka Navy (SLN) Rangala camp. 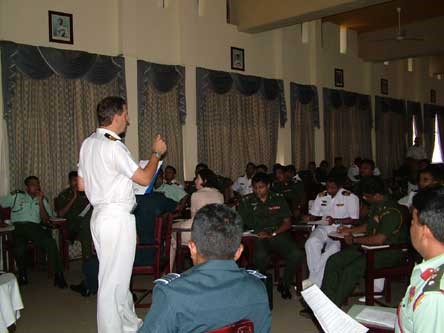 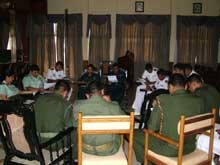 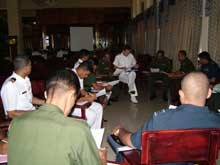 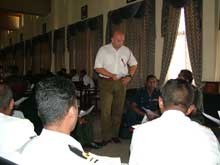