Troops of the Sri Lanka Light Infantry (SLLI) Regimental Headquarters (RHQ) on Wednesday (29) awarded a fitting farewell ceremony to its outgoing Colonel of the Regiment, SLLI, Major General Jayantha Gunarathne who is about to retire from the Army.

Upon arrival of the day’s Chief Guest, Brigadier Anura Dissanayake, SLLI Centre Commandant welcomed him at the main entrance before a Guard Turnout honour greeted him in keeping with military traditions.

Afterwards, incoming Colonel of the Regiment, Major General Jayanath Jayaweera welcomed the day’s Chief Guest and conducted him to the parade ground to receive honours in the Guard of Honour, accorded on his behalf, together with Regimental Colours and the Regimental mascot, Kandula, the caparisoned baby elephant.

A few minutes later, Major General Jayantha Gunarathne paid floral tributes to the memory of fallen War Heroes at the SLLI monument and saluted their memory. Around the same time, he planted a sapling in the RHQ premises and left memories.

The outgoing Colonel of the Regiment who has served the Army for about 35 years afterwards was invited to address the troops as another customary practice. In his moving address, Major General Jayantha Gunarathne explained how soldiering could reach success in the long run while doing best for the organization with dedication and commitment.

After an All Rank tea arrangement, the Senior Officer received best wishes for his future endeavours from all those who had gathered. In the evening, he was hosted to a farewell dinner at the Officers’ Mess, where he was awarded mementos and his services to the Regiment, Army and the country were hailed in a special address, made by Major General Jayanath Jayaweera. 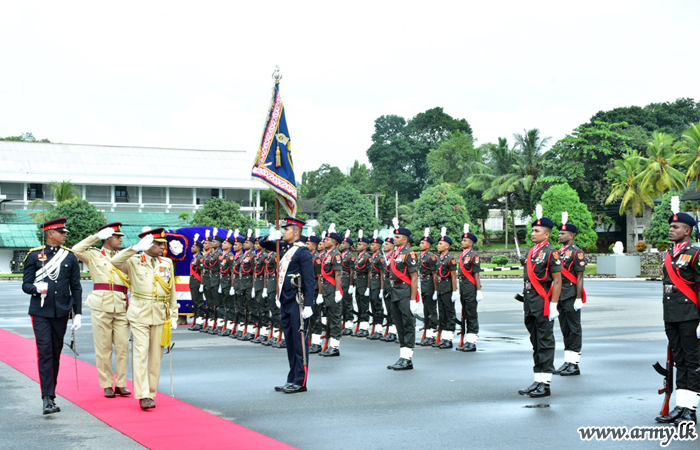 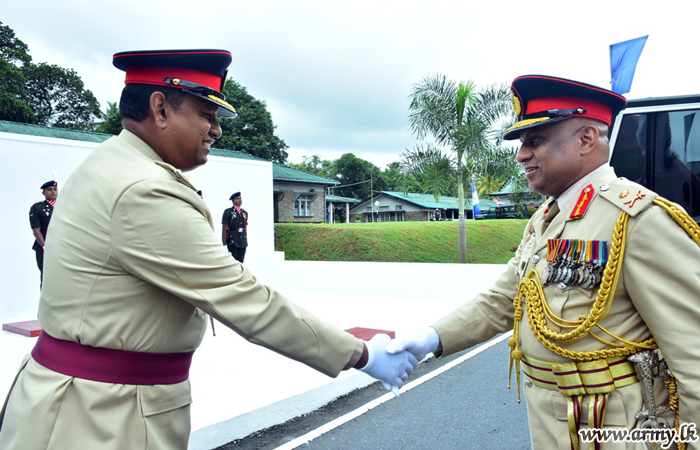 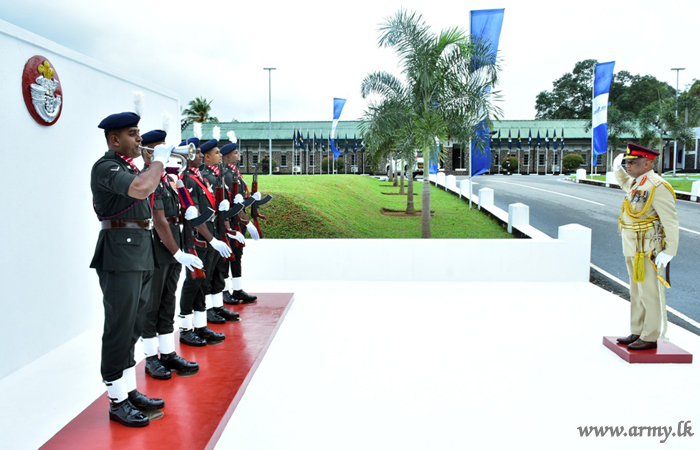 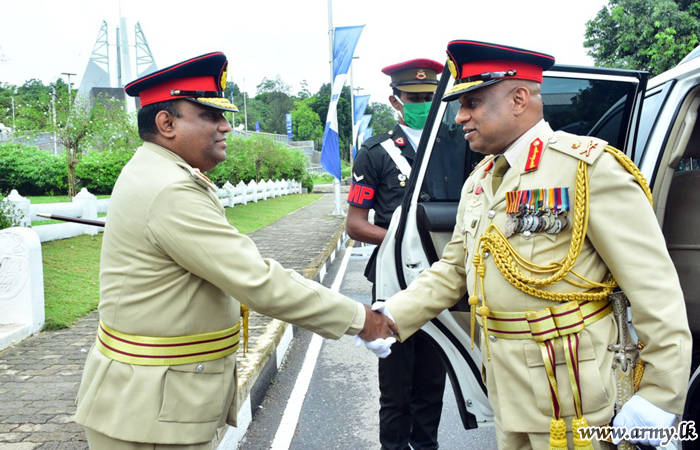 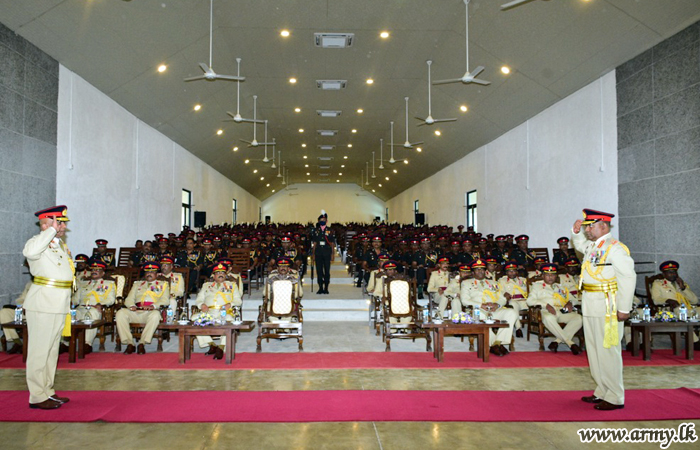 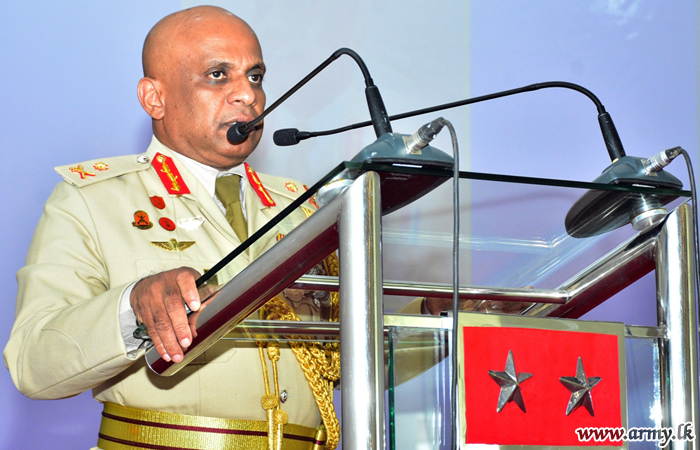 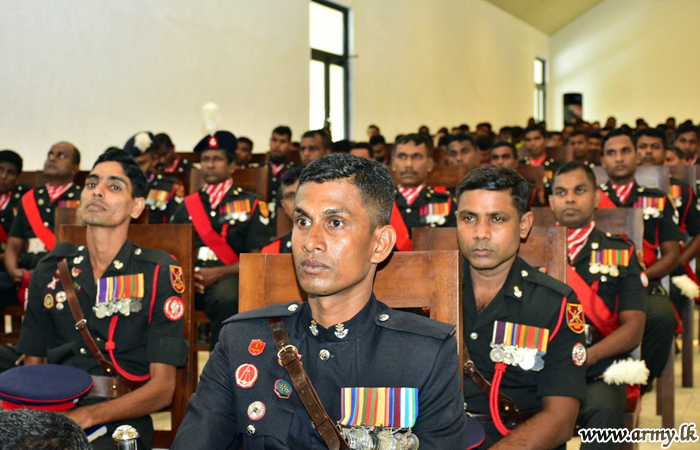 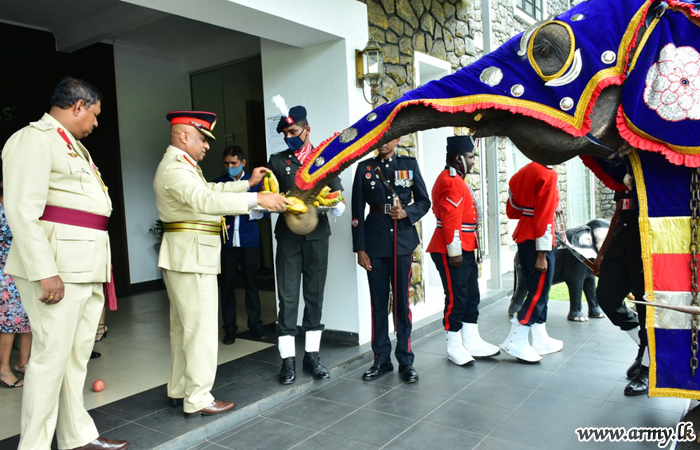 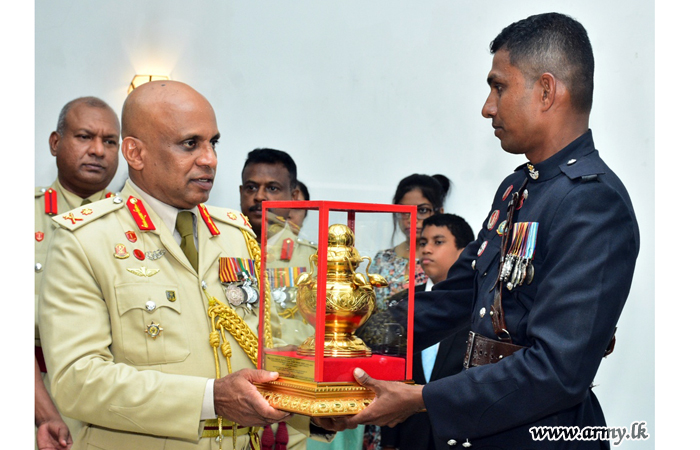 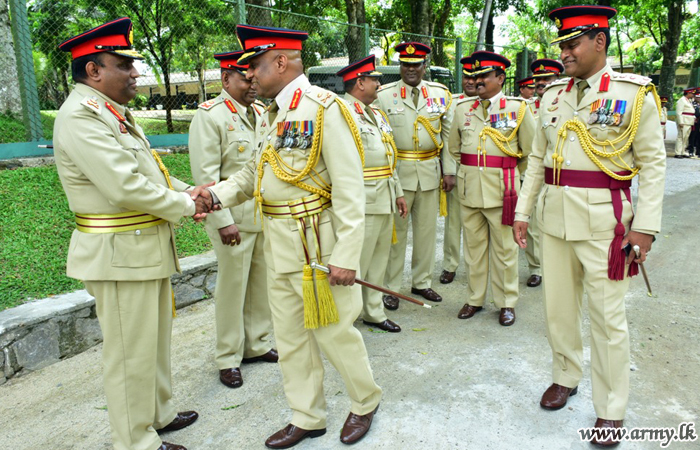 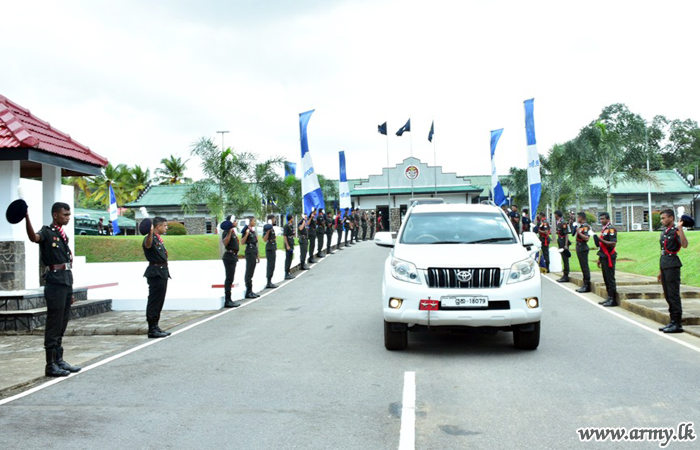 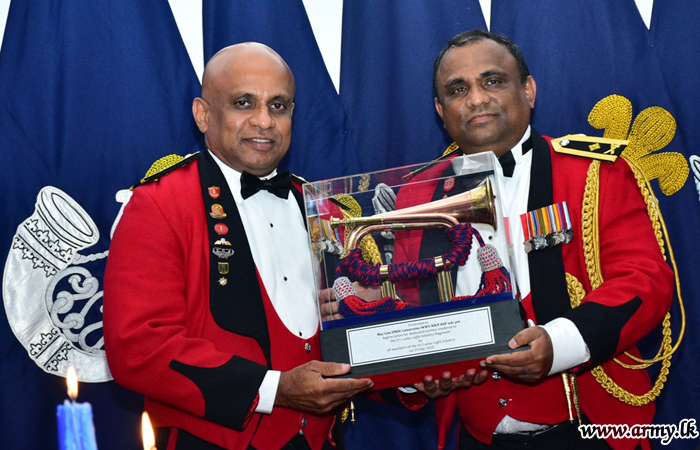