General Shavendra Silva, Chief of Defence Staff and Commander of the Army this morning (18) after inviting retiring Major General Manoj Lamahewa, General Officer Commanding of the 59 Division, one of the Senior Officers of the Sri Lanka Artillery (SLA) on the eve of the latter's retirement from the Army commended him for his dedicated services to the Army for more than three decades.

General Shavendra Silva during the brief interaction shared a few thoughts with the retiring Major General Manoj Lamahewa who has served several key appointments in the Army and the Sri Lanka Artillery Regiment in particular. 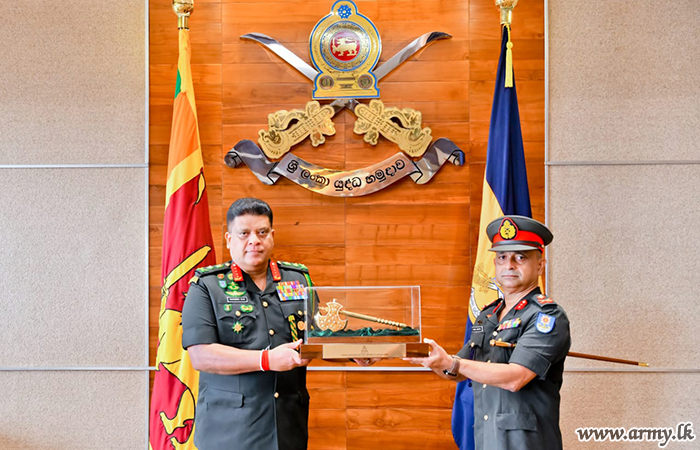 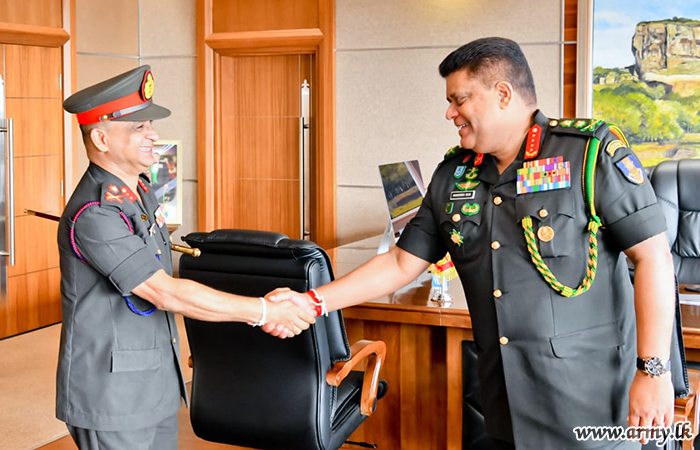 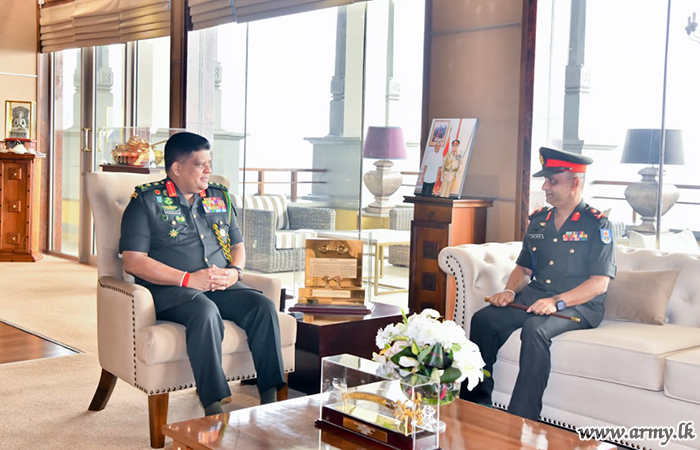 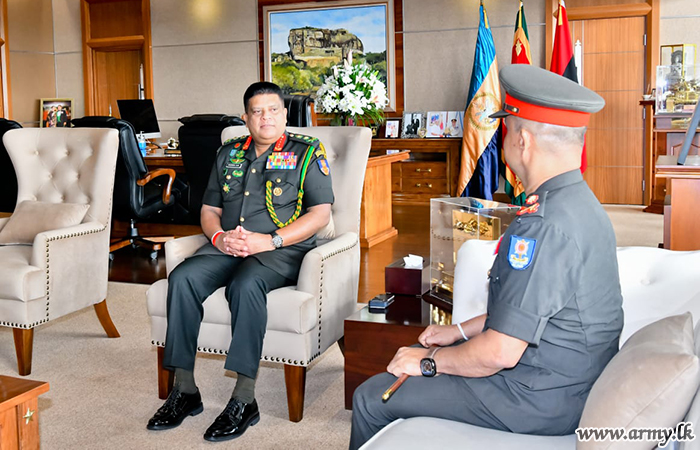 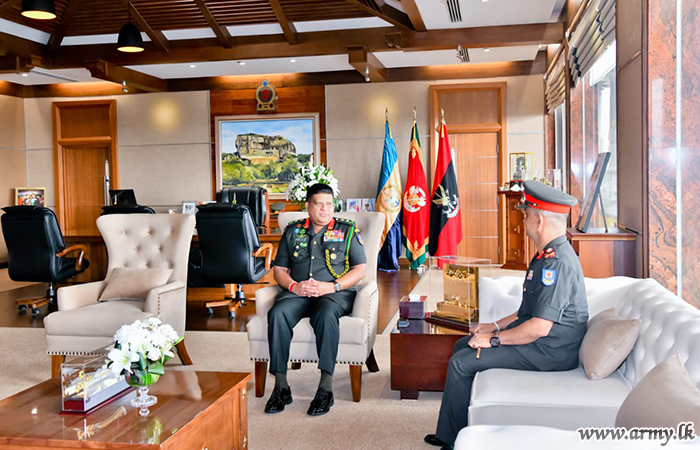 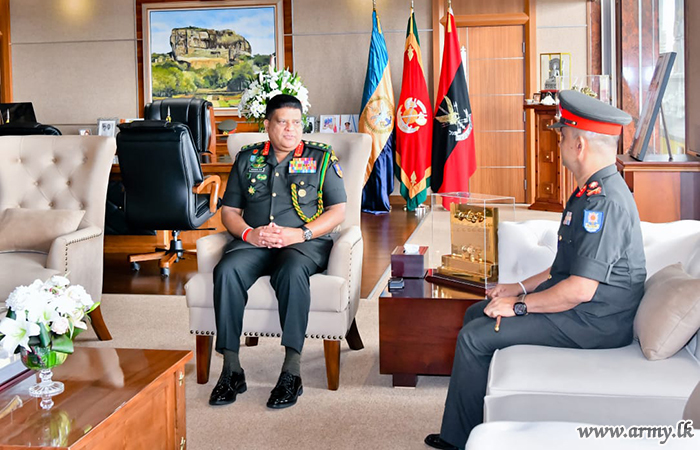 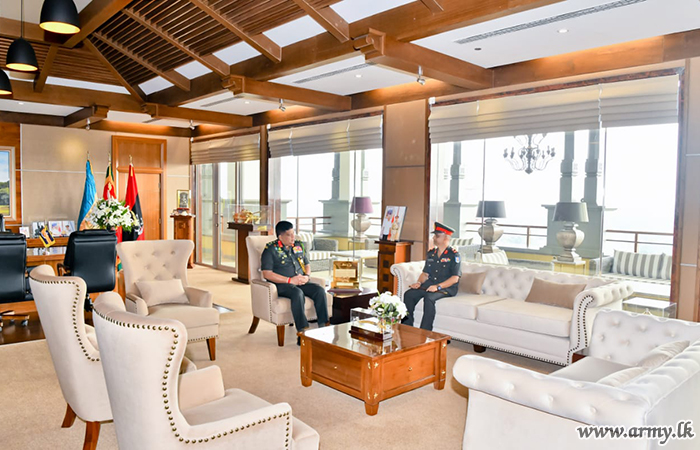 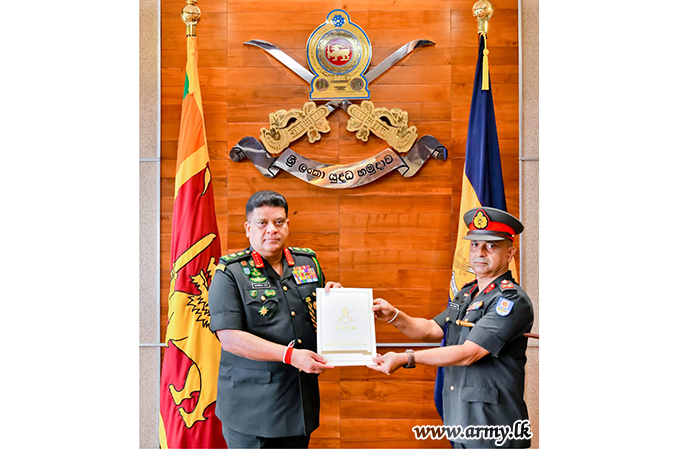 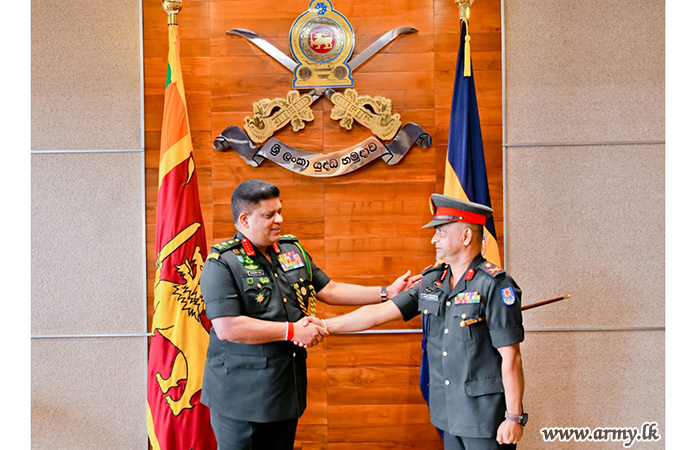