On the eve of his retirement, Major General Wasantha Madola, Deputy Chief of Staff and Chairman, Board of Management (BoM) for Ranaviru Apparel (Pvt) Ltd and Chairman, Sri Lanka Army Motor Sports was invited to the office of the Chief of Defence Staff and Commander of the Army, General Shavendra Silva this morning (3).

Major General Wasantha Madola, one of the proud soldiers-produced by the Sri Lanka Corps of Military Police (SLCMP) after an illustrious career of more than 35 years in the Army retires on 07 September 2021.

General Shavendra Silva during the brief interaction with the outgoing Senior Officer commending the outgoing Senior Officer’s committed service shared a few thoughts and recalled past memories and inquired into his future endeavours. Major General Wasantha Madola who has served many key appointments in the Army and the Sri Lanka Corps of Military Police (SLCMP) in particular joined the Army on 16 January 1986 and held the office of Commander Logistic Command before he was appointed as the Deputy Chief of Staff on 14 January 2021 by General Shavendra Silva.

In return, the outgoing Senior Officer also thanked the Commander of the Army for his wishes and the thoughtfulness while mentioning about the encouragement he received from the Army Chief in the performance of his duties. Towards the end of the interaction, General Shavendra Silva awarded a special memento to the retiree as a symbol of appreciation and commendation. 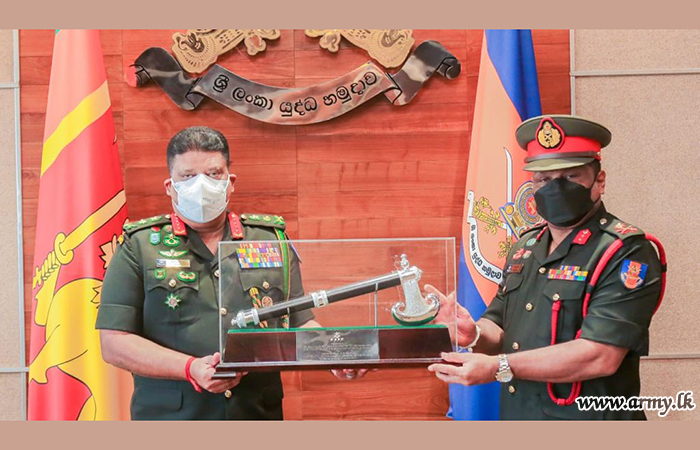 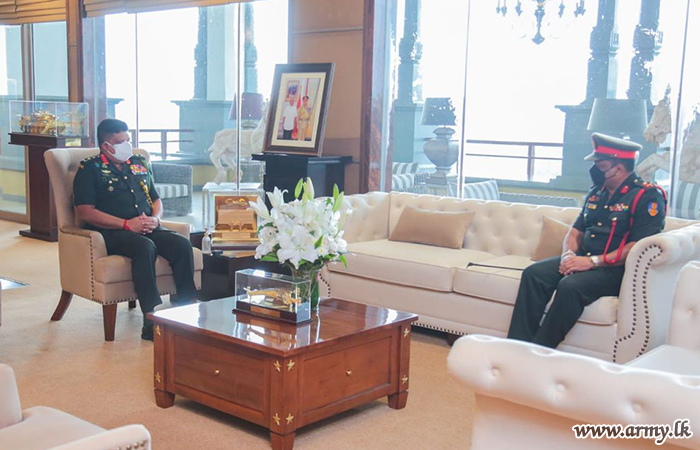 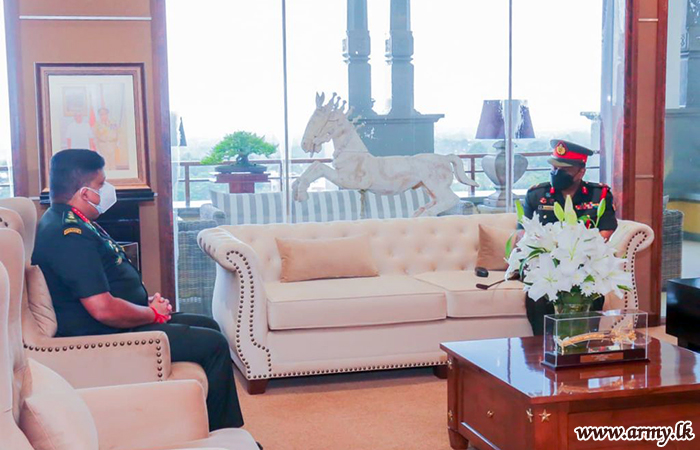 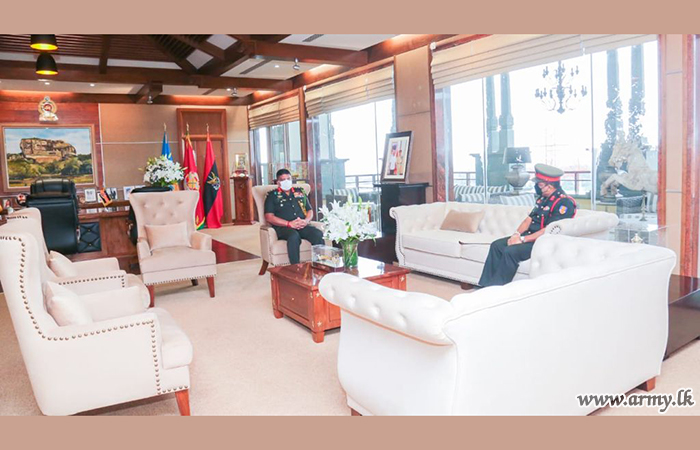 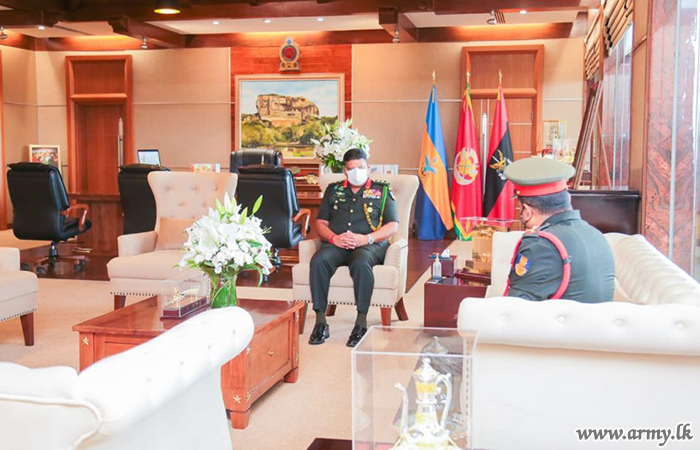 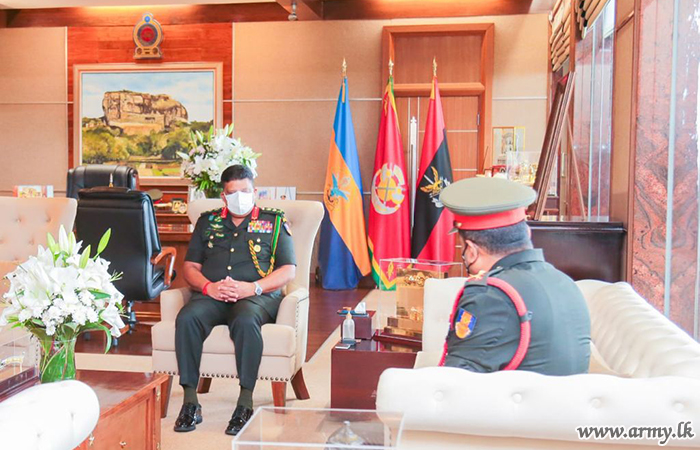 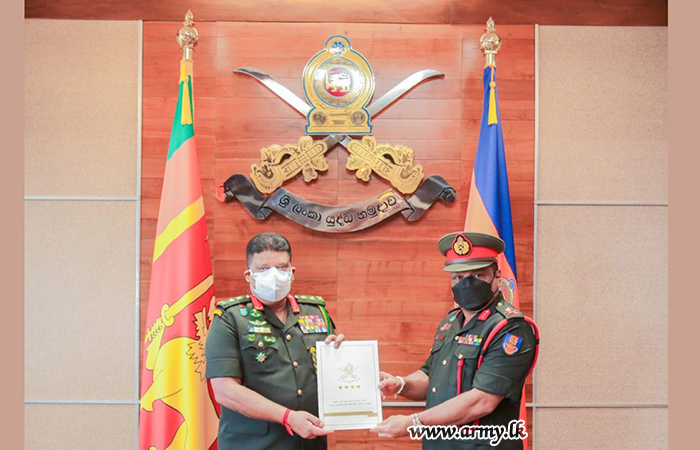 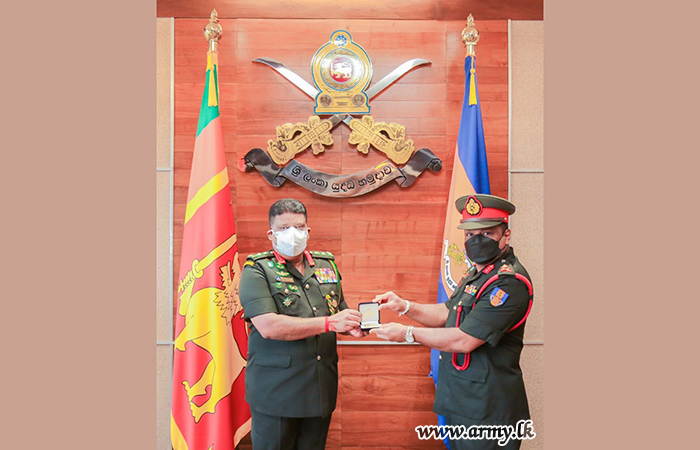 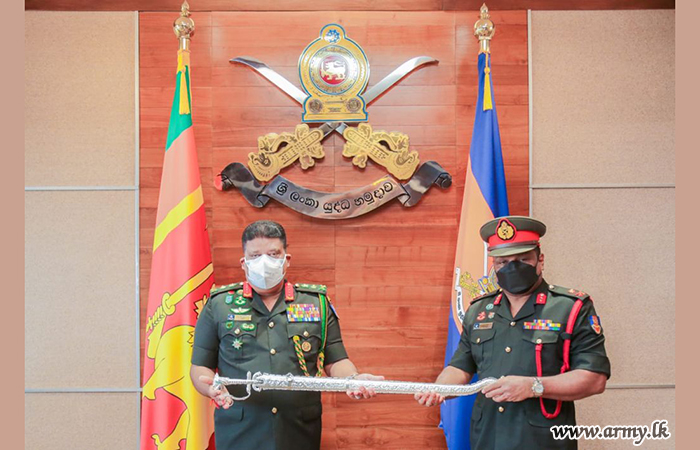