Depicting a strong gesture of goodwill and reconciliation towards co-existence and harmony, the Sri Lanka Army has offered to build a new house to the widow of late Major A.H.M Marusu of the Sri Lanka Sinha Regiment (SLSR) after buying a land plot for this worthy cause on its own.

To be in keeping with the Army Commander’s determined resolve to erect houses for Army personnel under his ongoing ‘House Construction Project’, Lieutenant General Crishanthe De Silva, Commander of the Army has consented to build this house for the war widow, Mrs Vellupille Mano Dayalini, the wife of Major A.H.M Marusu who sacrificed his life during the humanitarian operations against LTTE terrorism.

The foundation stone-laying ceremony for construction of this new house at Ja-ela took place this morning (24) during a simple ceremony, headed by Eng. Karunasena Hettiarachchi, Secretary Defence who attended as the Chief Guest for the occasion at the invitation of Lieutenant General Crishanthe De Silva.

The house worth about Rs 7.2 million is to be built in a plot of land, purchased by the SLSR as a tribute to their senior officer who had made the supreme sacrifice on behalf of the country.

The simple ceremony got underway in accordance with Buddhist and Hindu religious rites and rituals while the foundation stones were being laid by Eng Hettiarachchi, Commander of the Army, the beneficiary and next of kin of the family. 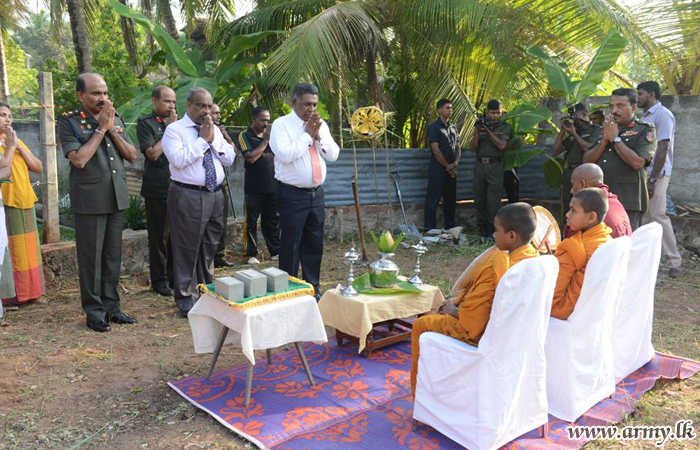 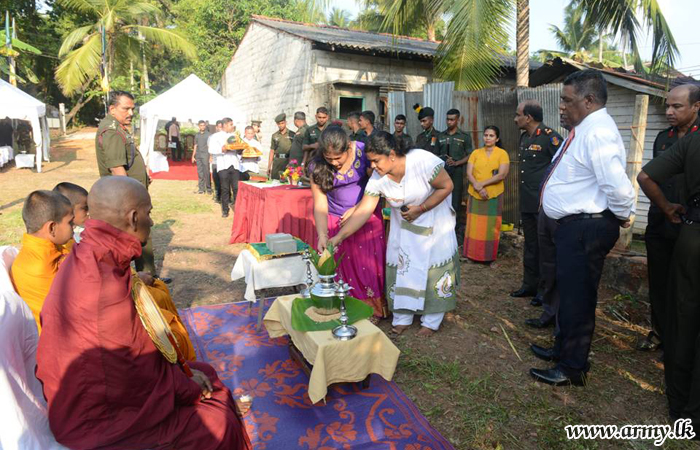 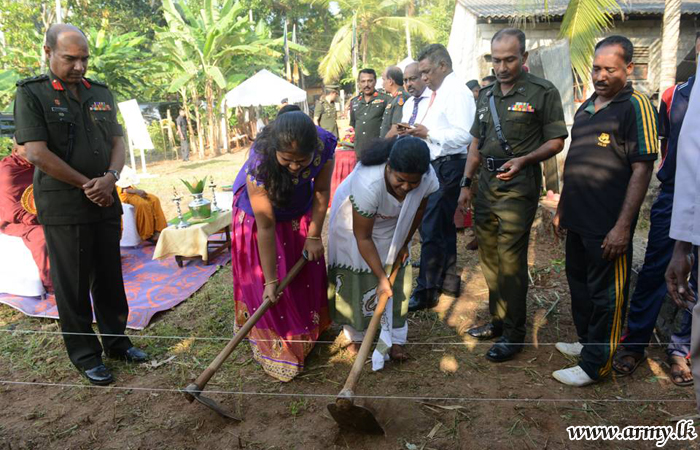 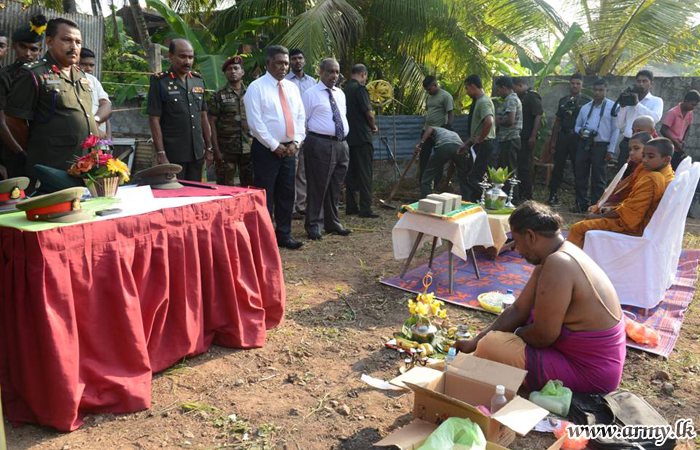 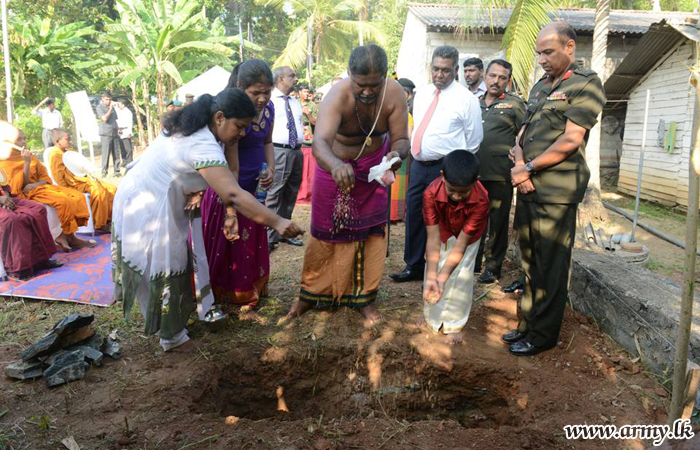 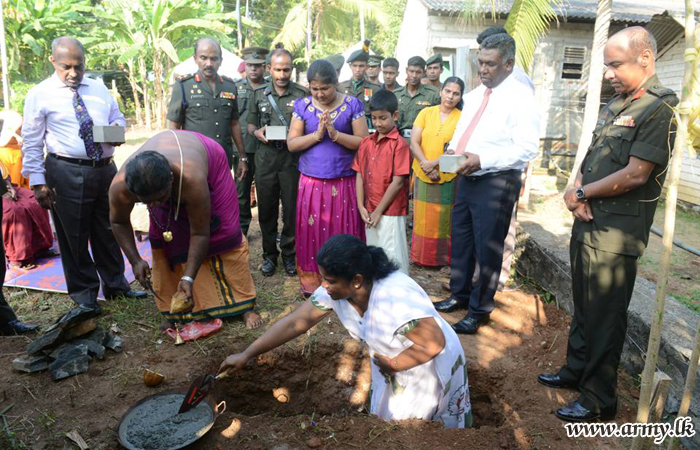 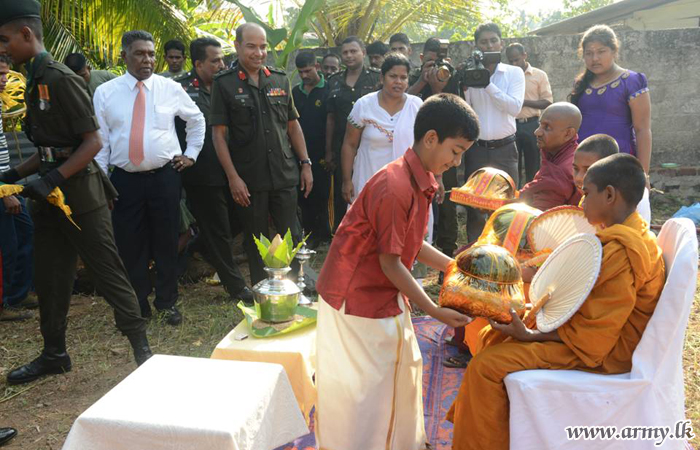