Provincial Commander of PLA Exchanges Views with the Army Chief

General Li Zuocheng, Commander of Chengdu Military area of People’s Liberation Army (PLA) China, accompanied by five more senior officers, is in Sri Lanka now on a goodwill visit with the aim of learning and sharing experiences of both Sri Lanka Army and the PLA.

The delegation, minutes after paying a courtesy call on the Chief of Defence Staff (CDS), Air Chief Marshal Kolitha Gunatilleke earlier on Wednesday (14) at the Office of the CDS arrived at the Army Headquarters to be received by Chief of Staff, Major General Jagath Dias, flanked by Principal Staff Officers.

General Li Zuocheng and Lieutenant General Crishanthe De Silva, Commander of the Army during the cordial meeting at the latter’s office exchanged views on matters of mutual interest in relation to security operations, generally confined to the rural hinterland and other spheres of military training conducted in specific areas in China. Major General Mahesh Senanayake, Military Secretary and Major General P.M.R Bandara, Senior Liaison Officer were also associated with the meeting.

Towards the end of the interactive meeting, symbolic mementos were exchanged as tokens of appreciation and close friendship. Memories of his visit to the Commander’s office were also left in the VIP book before their departure.

A few minutes later, the delegation sat together to listen to a presentation, forwarded by Brigadier K.P.A Jayasekera, Director Training on the roles and tasks of the Sri Lanka Army with special focus on continuing training practices and other areas of academia. Major General Jagath Dias presided the meeting during the presentation. 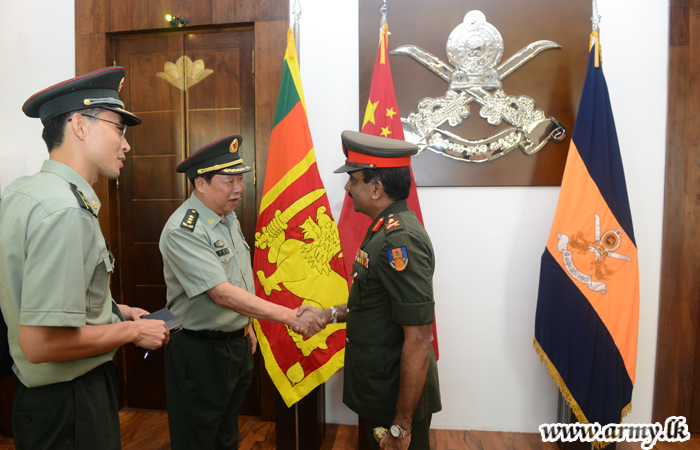 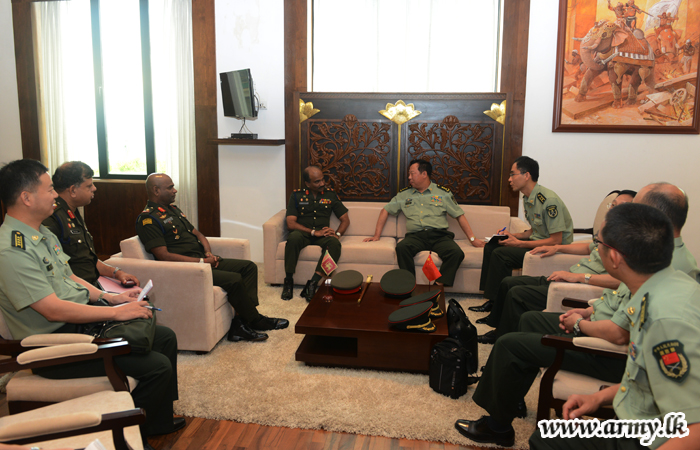 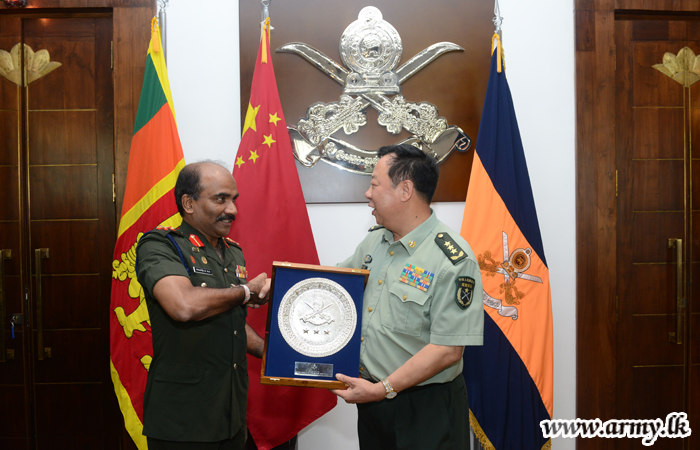 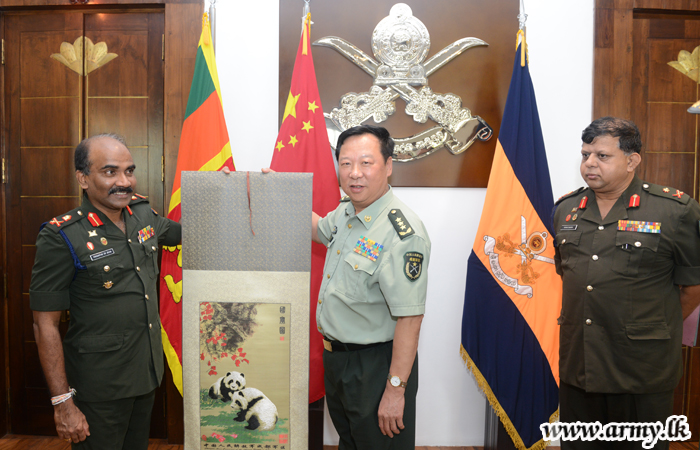 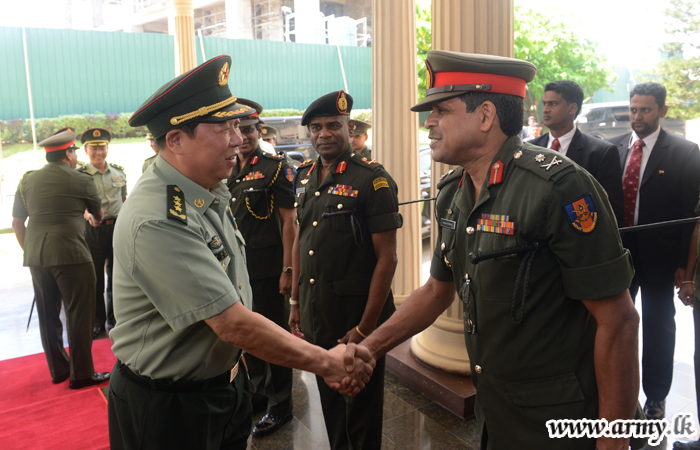