A contingent of 120 Army personnel of the Indian Army with an equal number of Sri Lankan Army troops participate in the 8th consecutive iteration of the joint Exercise ‘Mithra Shakti’ between Sri Lanka and India.

The Ex-Director after receipt of the Exercise Flag in turn delivered it to the Commanding Officer of the contingent to mark the inauguration of the exercises. Afterwards, the troops had a close look at the weapon display arranged at the CTS that would be used during the Exercise and interacted with one another for a wider understanding of the planned segments in the Exercise.

An all arms Indian contingent for ‘Mithra Shakti’, headed by Colonel Prakash Kumar, Commanding Officer promoting India-Sri Lanka bilateral military relations who arrived here on 2nd October includes Colonel Girish Godial, Colonel John Daniel and the Lady Officer Lieutenant Colonel Zulage Meera of the Indian Army as Observers of the Indian contingent will evaluate the Exercise during the final phase of the training before the Exercise culminates on 17 October 2021.

The Exercise, designed to enhance understanding of transnational terrorism, inter-operability skills, conduct of joint tactical operations, sharing of each other’s best practices and experiences, etc will go ahead with Vijayabahu Infantry Regiment (VIR) troops at the Combat Training School in Ampara.

Those 120 Indian Army personnel participate in the two-week long Exercise involving tactical level operations at the sub-unit level in an international counter-insurgency and counter-terrorism environment and the Sri Lanka Army is represented by a contingent of equal numbers. Under the close supervision of General Shavendra Silva, Chief of Defence Staff and Commander of the Army, Major General Nishantha Manage, General Officer Commanding, 53 Division functions as the Exercise Director with the Deputy Director of the Exercise.

The annual training programme which has largely contributed to strengthening bilateral military cooperation, understanding and bonds of neighbourly relations between both services takes place alternately either in India or Sri Lanka every year.

Adhering to COVID-19 health guidelines, the Exercise would maintain the bio bubble during its conduct. 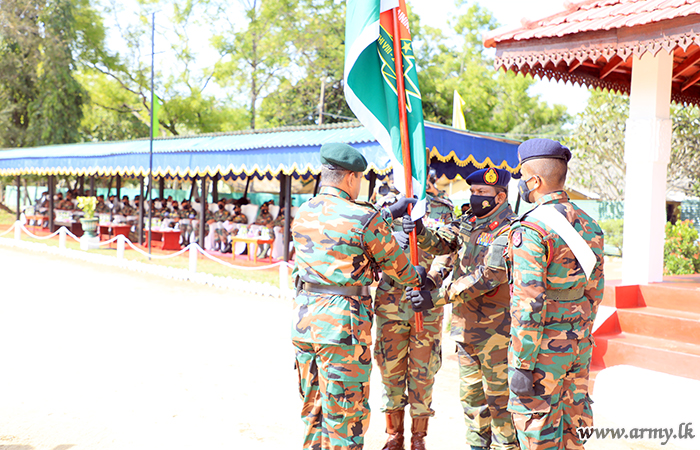 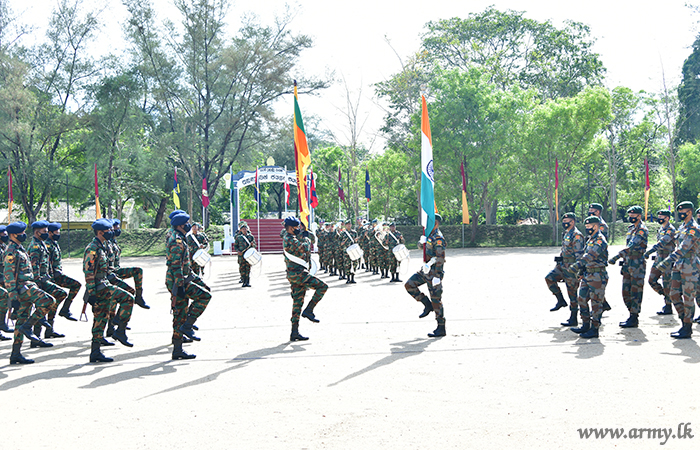 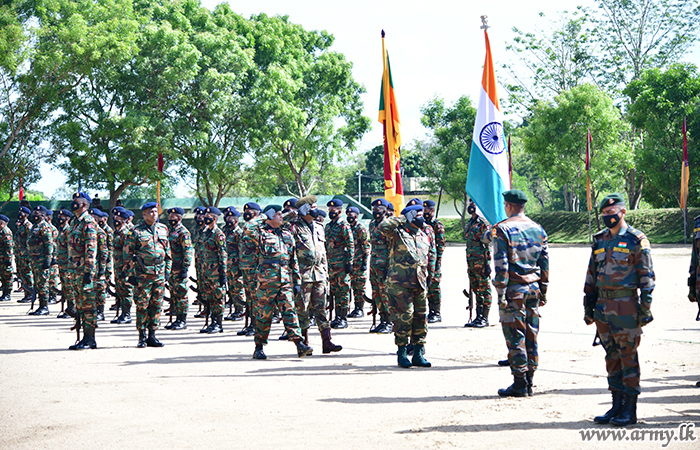 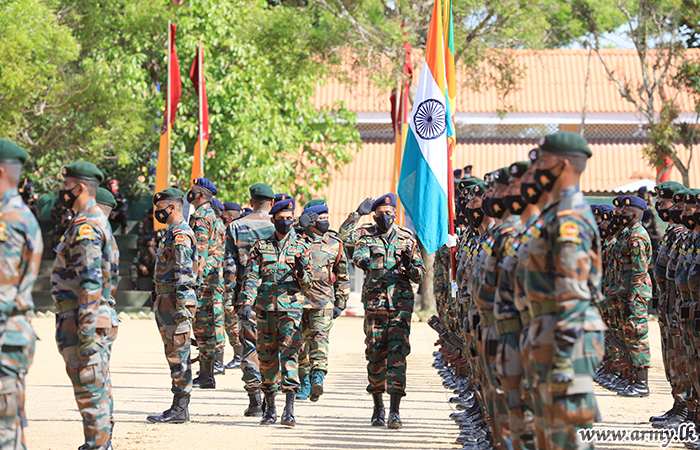 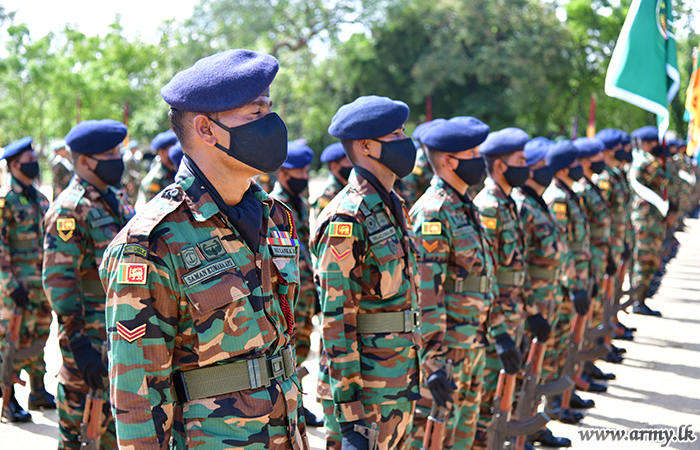 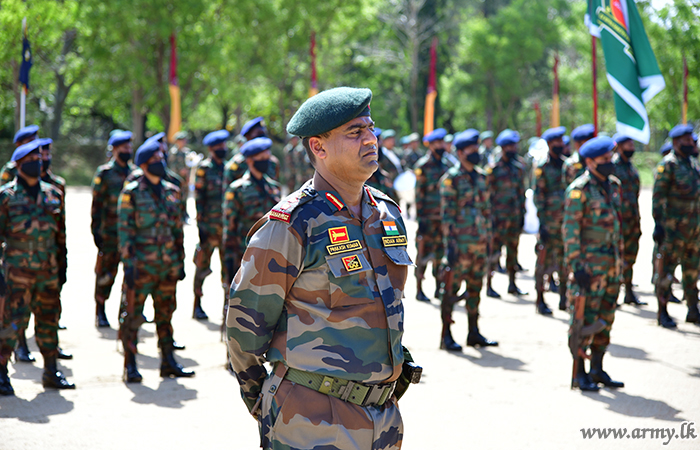 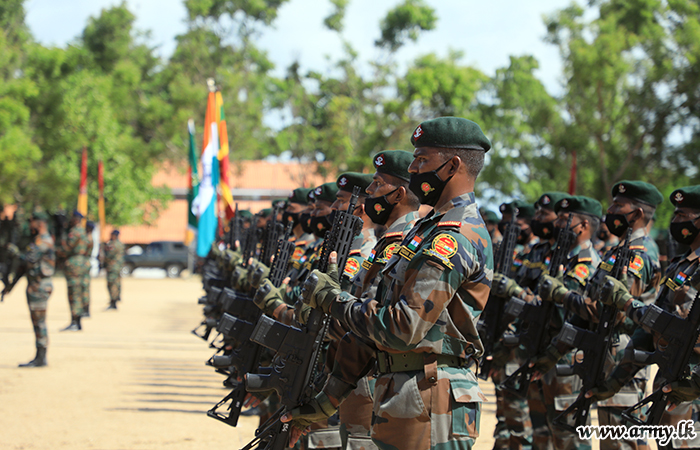 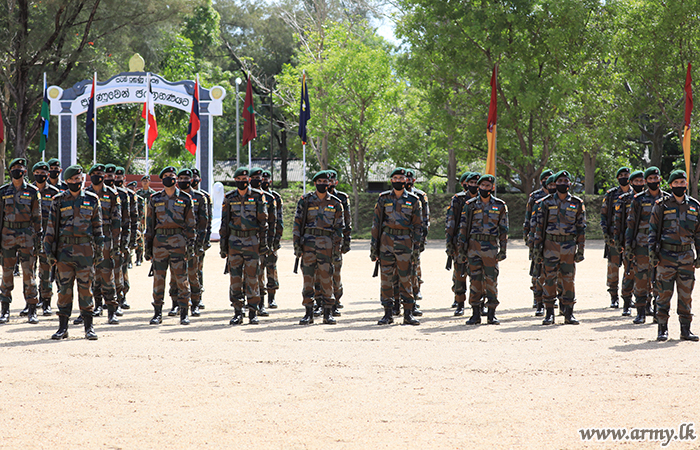 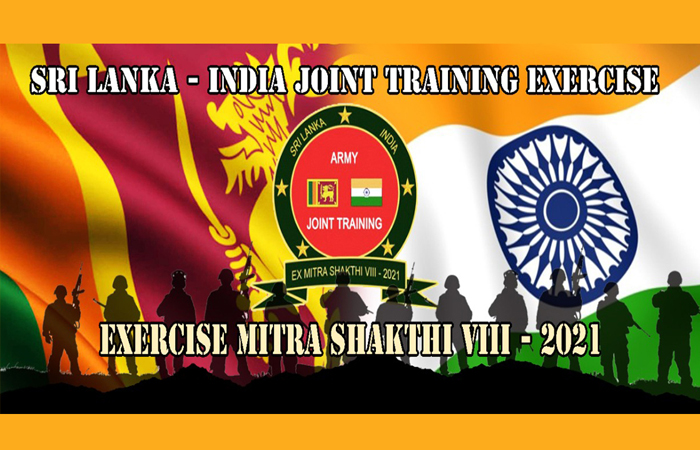