Brigadier Edward Jayasinghe of the Sri Lanka Army General Service Corps, Judge Advocate of the Army who was promoted on the Army Day (10) to the rank of Major General received his new insignia from the Chief of Defence Staff and Commander of the Army, Lieutenant General Shavendra Silva this afternoon (11) at the Commander's office at the Army Headquarters. He was one among 13 Majors General who was elevated to the new rank on the Army Anniversary day.

The Commander of the Army pinned new rank insignia on Major General Jayasinghe and congratulated him on his future endeavours. 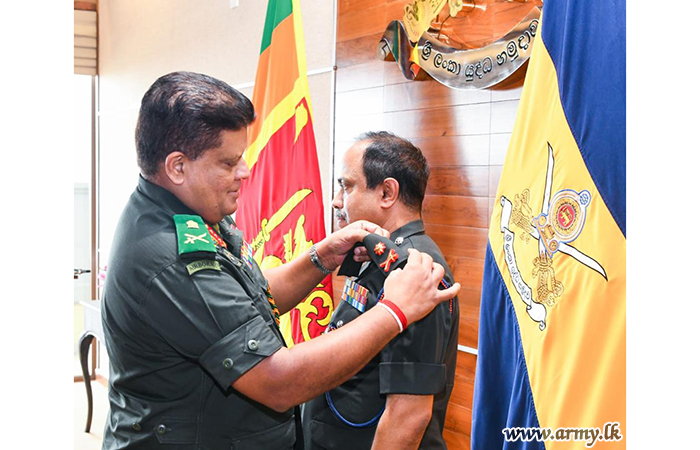 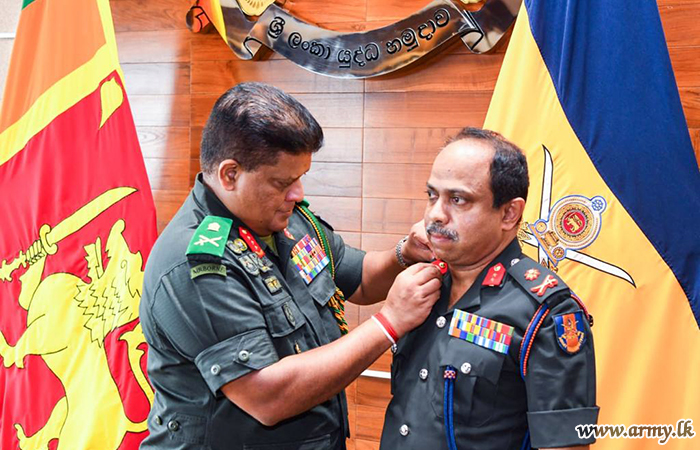 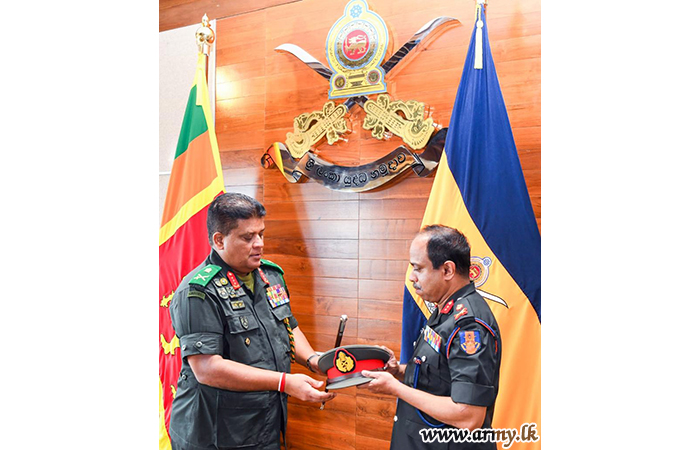 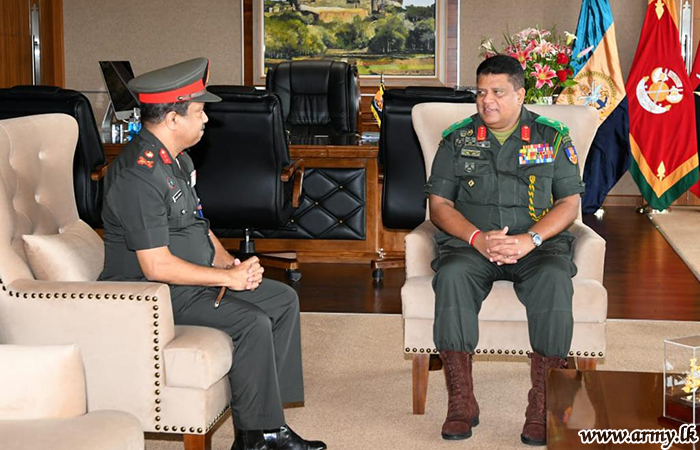 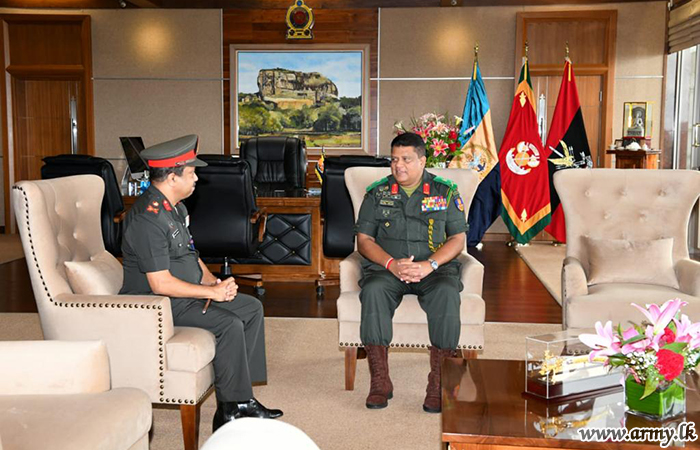 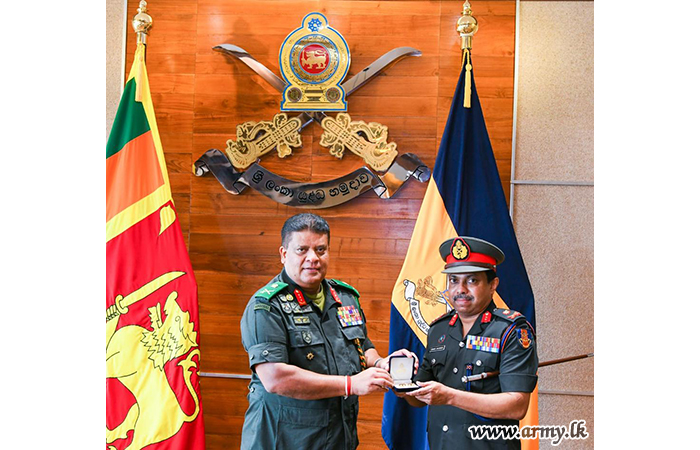