Minister Sagala Ratnayaka, Minister of Law and Order and Southern Development and Lieutenant General Crishanthe De Silva, Commander of the Army were associated with the meeting with the Prime Minister.

Prime Minister during his brief interaction with the visiting Chief of the Army Staff recalled cordial relations between both countries and underlined the importance of further promotion of the same.

Towards the end of the cordial exchange of views, India’s Chief of the Army Staff presented a memento to the Prime Minister. 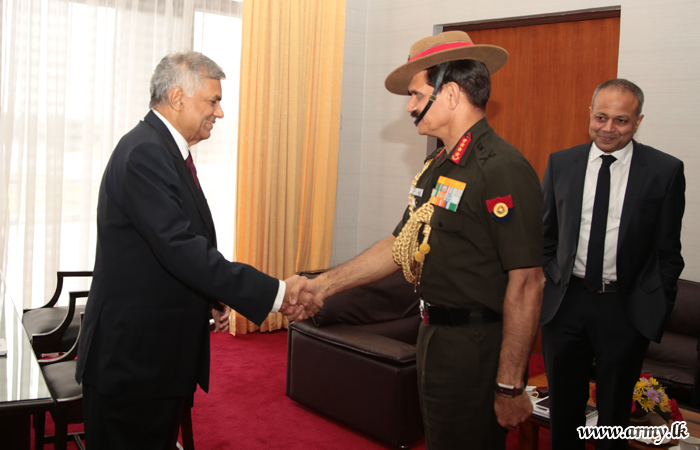 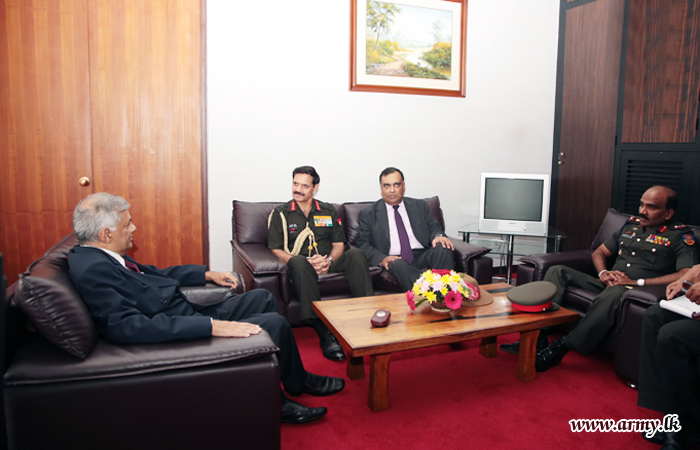 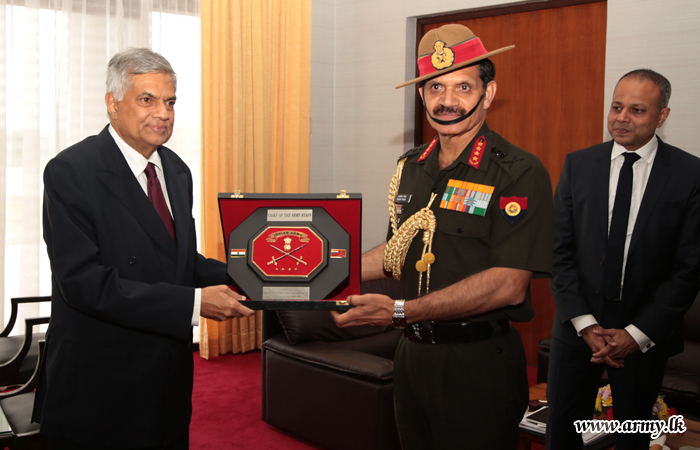 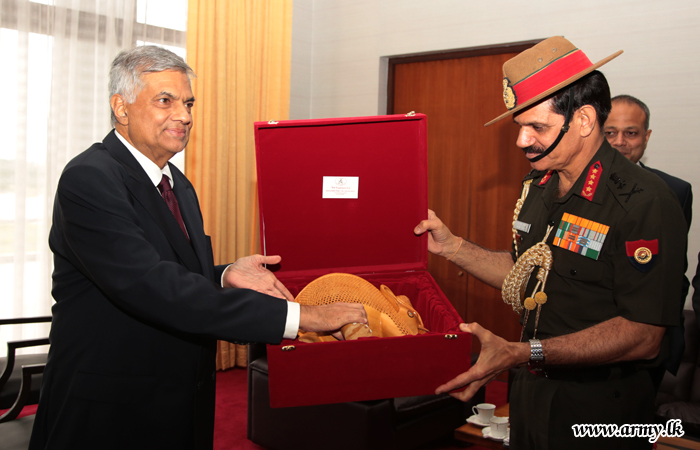