President Maithripala Sirisena in his National Day address to the Nation at the 68th National Independence Day ceremony this morning (4) underlined the need to firmly resolve the legacy of problems and questions that had been left behind by imperialist powers who had ruled the country between 1505-1948 while dedicatedly working towards durable peace, collective goals, reconciliation and co-existence, if we were to rise our head again as a proud and dignified Nation across the globe.

“We need to understand each other’s differences on the lines of religion, language, ethnicity and culture. This is a fact. Had that been aptly understood after gaining Independence, the country would not have faced the most brutal 26-year long war that plagued this country. Unfortunately, the same situation continued to prevail after May 19, 2009 in the post-war scenario too without addressing the issues on a broader platform of understanding with a new approach. The person, born in 1930s &1940s was a cultural product whereas the present day generation, is a new brand confined to a technologically-advanced internet society who looks at things in different perspectives. These have to be understood as they attach a broader definition to the sense of ‘freedom’ and ‘democracy’ producing a wide field of adaptation to suit the day’s challenges.”

Since the times of our ancestral royalties, it is the armed forces that took the lead in the defence of the motherland’s sovereignty and territorial integrity. It is the same as of today. The Nation’s tribute goes to members of our armed forces who valiantly fought for this country at the risk of their lives, legs and limbs. Even to-date they are at the forefront for their sacred duties, the President noted.

“Although political opponents are trying to create wrong impressions by spreading incorrect interpretations among members of the armed forces and the general public, we would have averted the suggestions, forwarded by the UN Human Rights Council, had we acted wisely before September 2014 and particularly in the post-war period after the brutal war was over. After January 2015, we are compelled to find solutions to all these complicities and challenges. These extremists and those planning to recapture political power, should therefore think twice before their vicious programmes are put into action,” President Sirisena warned.

“In the past one year, our government has extensively worked towards promotion of reconciliation, restoration of democratic rights, full freedom, rule of law, etc and went to the extent of implementing the 19th Amendment, entailing the establishment of independent Judicial, Police, Public Service Commissions, etc through which the people can have faith as promised in our manifesto. Similarly, measures are on to minimize corruption, frauds and bribes as well, and we do not want to see any public institute, become politicized either. We want to ensure these benefits reach the public who voted us into power and we are committed to serve all of them as the first public servant in the country.”

Touching the question of ‘Media’ behaviour, the President urged them to do their duties in an intelligent manner and based on principles and ethics. Freedom of expression that has now been restored should be applied for the common good of the people and not for any political agendas. Otherwise, those who come into power in the future would think of curtailing this freedom.

“We need to achieve economic goals and reach international levels. For example, only less than 1 % of our marine resources has been so far tapped by us while other countries have used it to the maximum. We need to bring our country back to the attention of the international community as a respected Nation. To capture power, one must not stoop to low levels and mislead the people because all other countries which have gained independence after us have now turned out to be economic giants,” President added.

Assuring that his government would usher a new era of peace and prosperity with the motive of bringing the lost prestige and glory of the country before the eyes of the international community, the President urged everyone to cooperate with his new government, formed for a collective goal and prosperity of the country. ‘ On this noble occasion, I would like to pay the highest tribute to all those War Heroes who sacrificed for the country and all our forefathers who worked tirelessly to gain Independence for the country,’ he concluded. 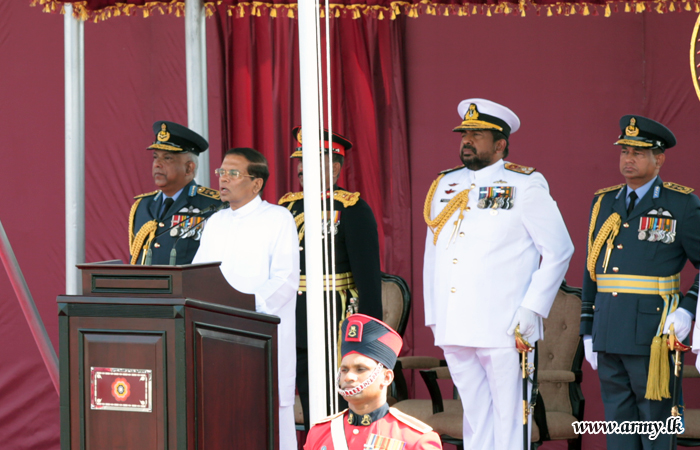 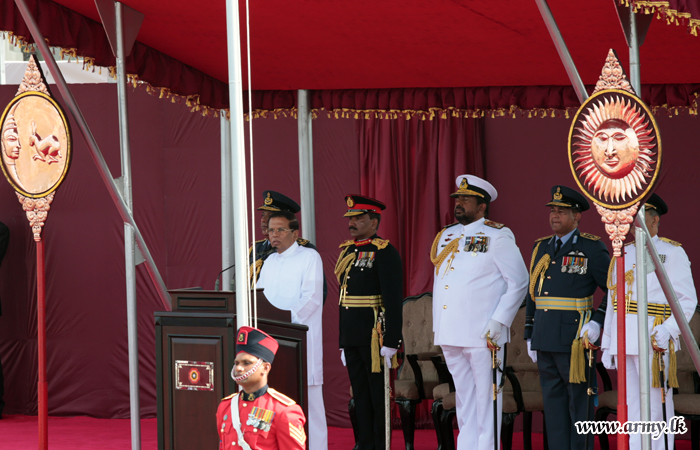 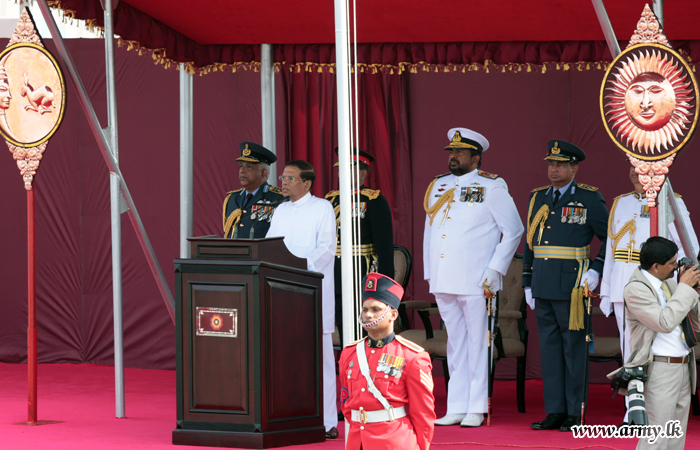 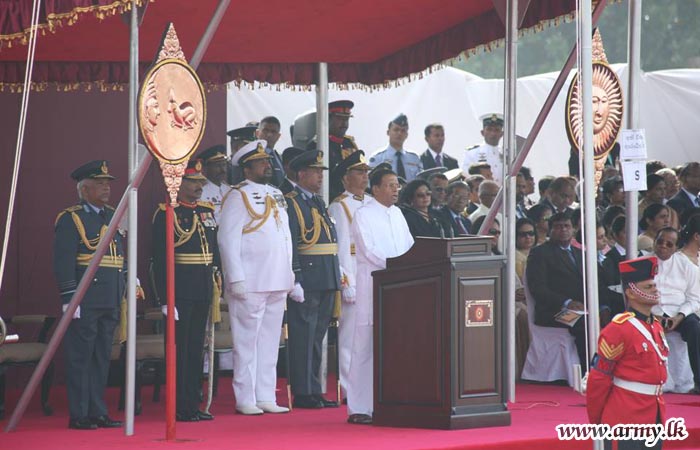