President Maithripala Sirisena this morning (26) was the Chief Guest at the annual prize-giving ceremony at the Colombo 2 Defence Services College (DSC), attended by State Minister of Defence, Minister of Education, Chief of Defence Staff, Army and Air Force Commanders and Inspector General of Police.

President Sirisena on arrival at the venue was received by Mrs Dhammika Jayaneththi, Principal, DSC, together with the Chief of Defence Staff, Army and Air Force Commanders before he was taken in procession to the main auditorium.

The ceremony saw the President awarding prizes to 210 students who excelled in the years 2013 / 2014.

Several cultural events added colour to the occasion. Hon Akila Viraj Kariyawasam, Minister of Education in his speech commended the skills of those DSC students and assured support to the college at all times. 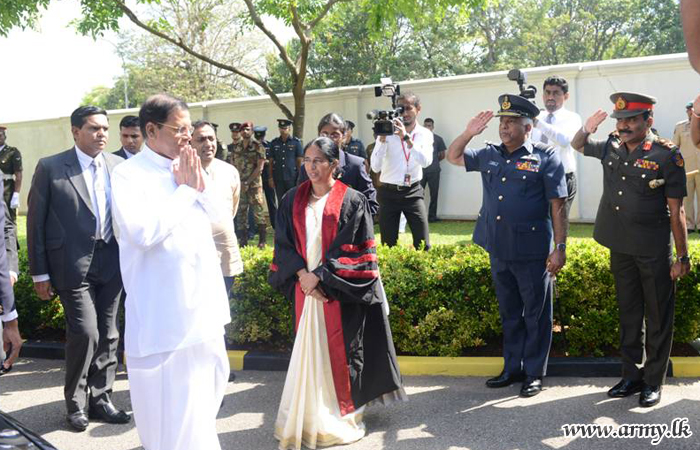 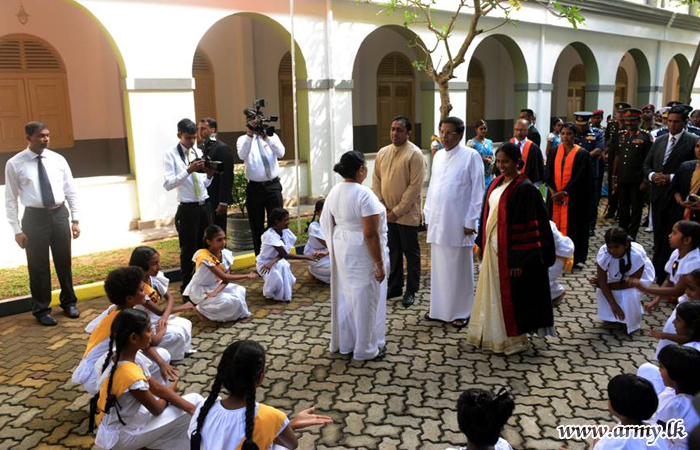 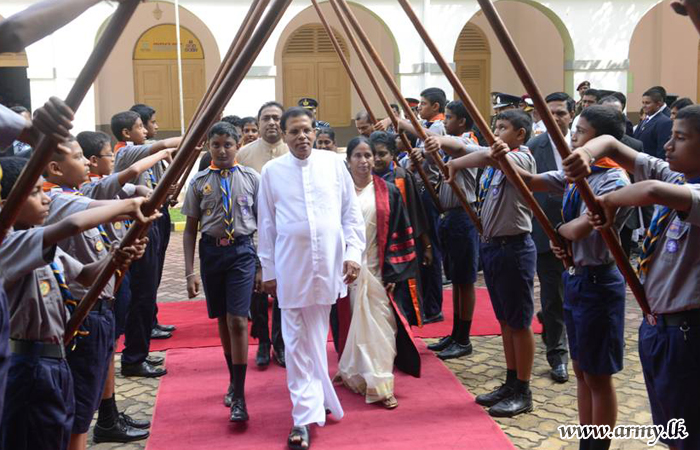 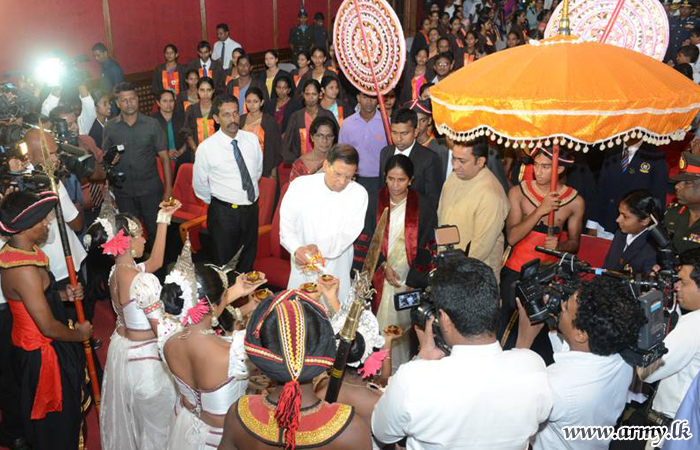 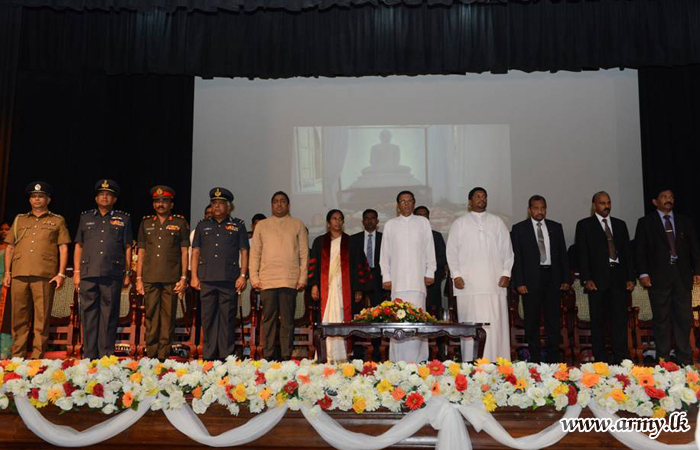 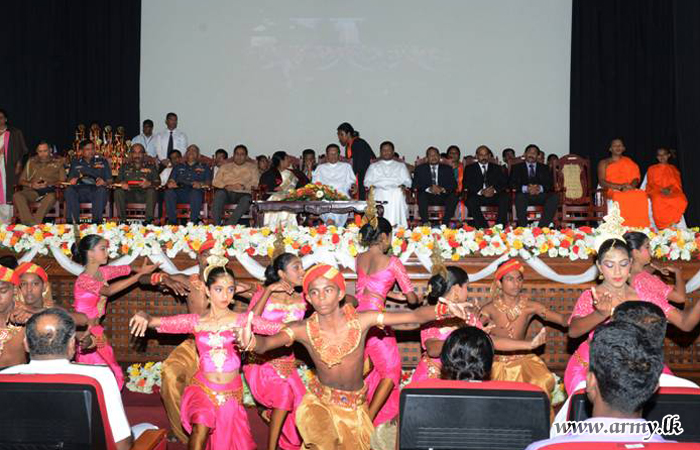 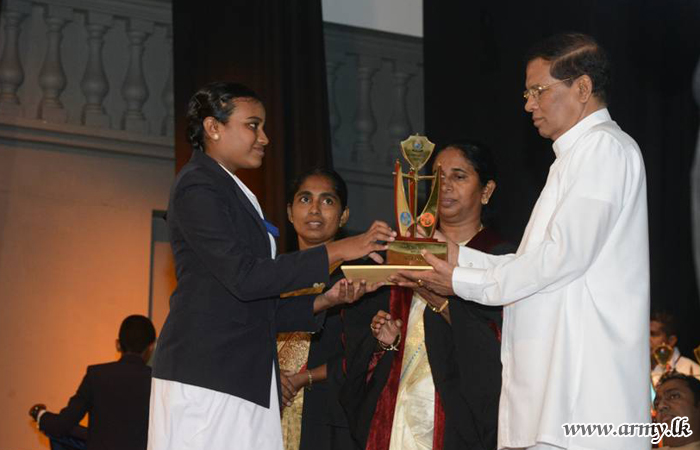 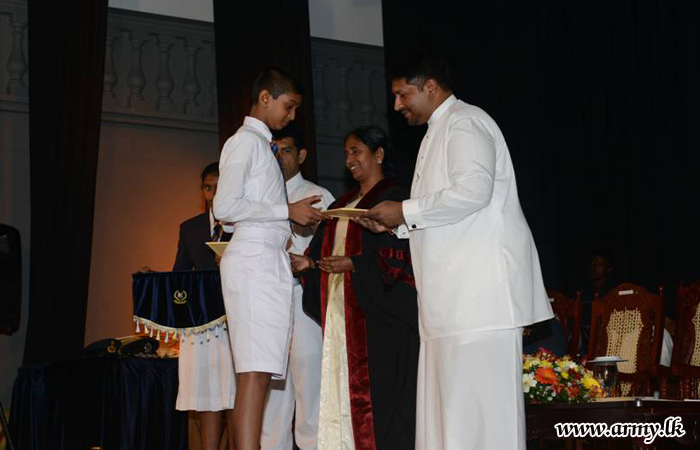 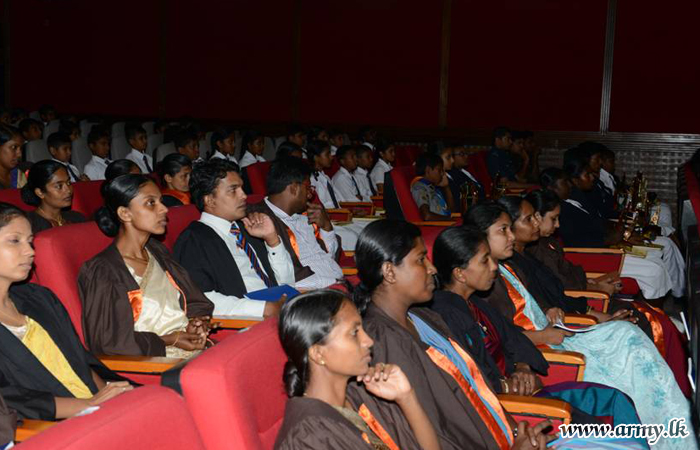 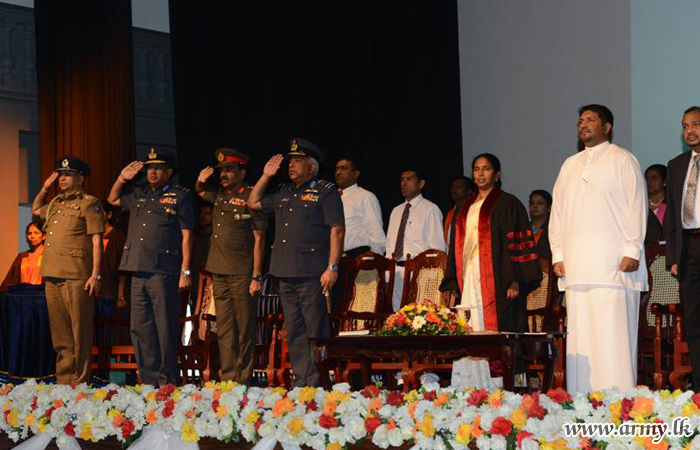