Hon. Karu Jayasuriya, Speaker of the Parliament took part in the commemorative ceremony as the Chief Guest and paid floral tributes to the memory of all fallen war veterans, including those killed in World Wars.

Today’s ceremony, the apex of a series of events preceded a ‘Poppy Walk’ and a ‘Poppy Week’ where Poppy flags, were also sold to the public. At the outset, the first Poppy Flag was pinned on the President during a brief meeting with him at the President’s Secretariat.

The Chief Guest for the day was warmly received by Brigadier (Rtd) K.A Gnanaweera, President, SLESA on arrival, in the company of senior SLESA members before the day’s formalities got to a start.

A one-minute silence in memory of all War Heroes, killed in action during the two World Wars and other operations, was observed before religious observances of all four denominations began in the ceremony.

Next, sounded the Last Post honouring their memory in accordance with military traditions as trumpeters of the tri-services, joined together to play the melody.

Afterwards, the Reveille sounded, marking the culmination of the brief ceremony, attended by a large gathering of ex-servicemen and serving Officers and Other Rankers.

This national service of remembrance is held on Remembrance Sunday, the closest Sunday to 11 November (Armistice Day), each year. 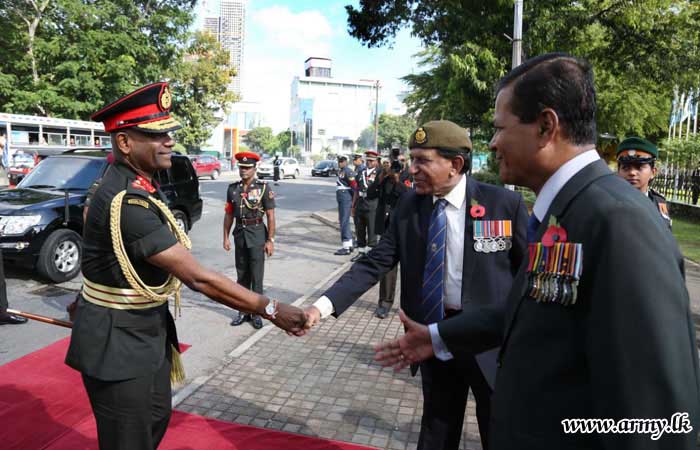 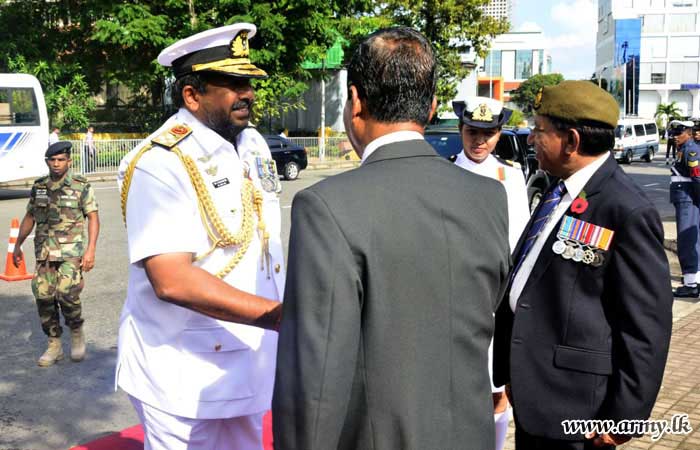 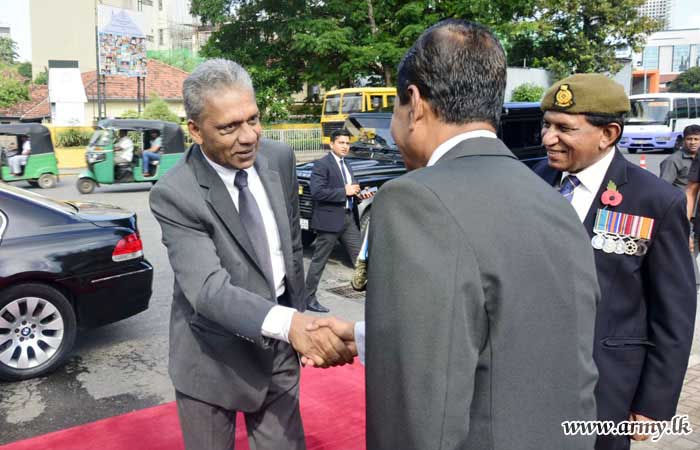 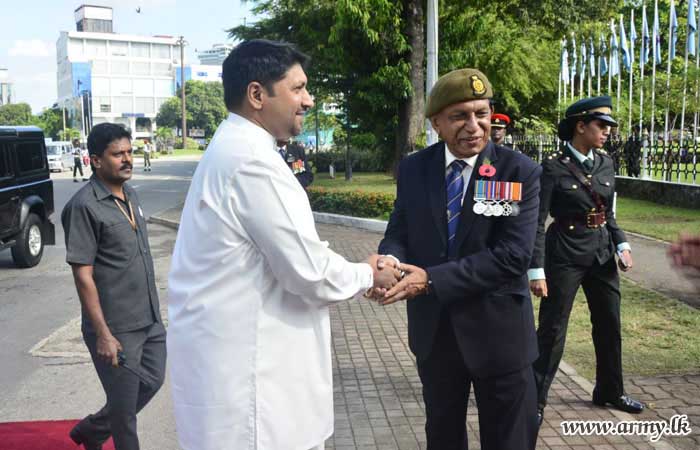 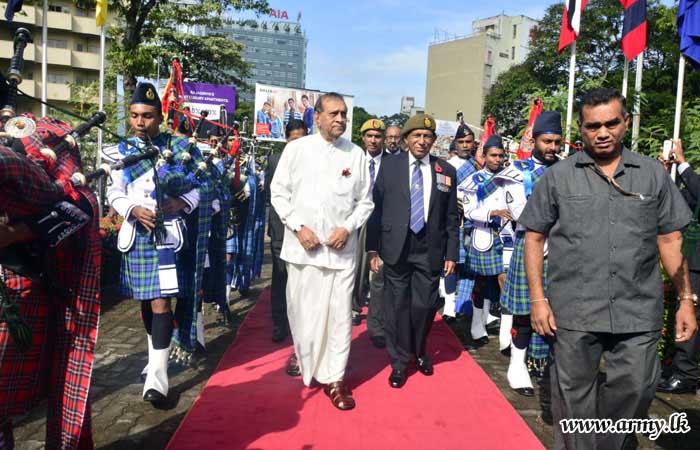 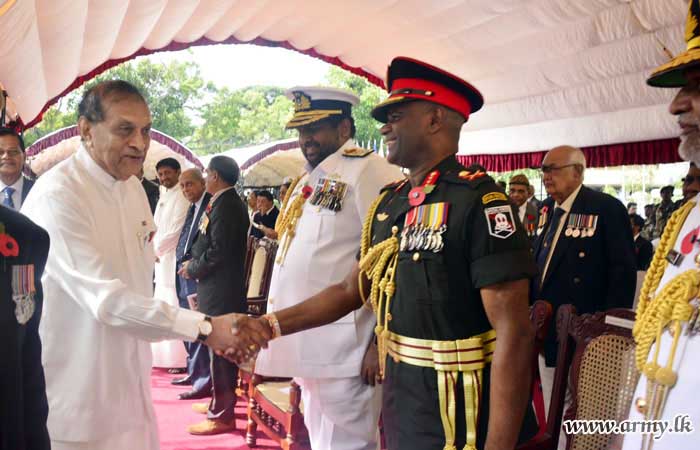 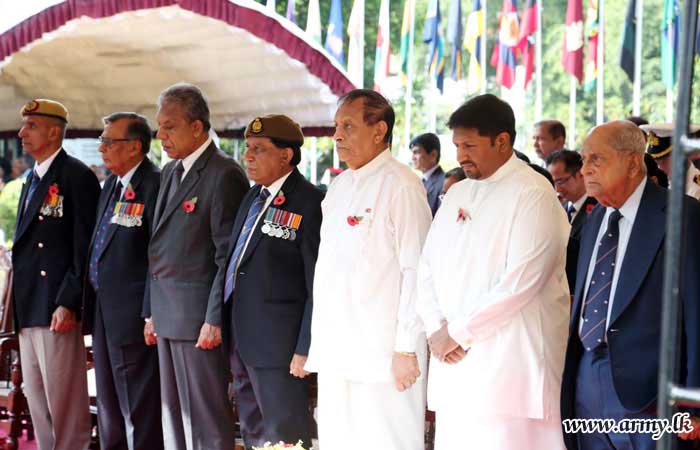 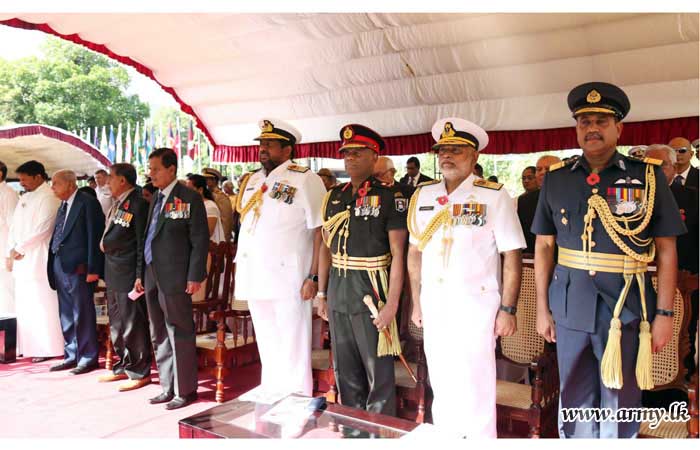 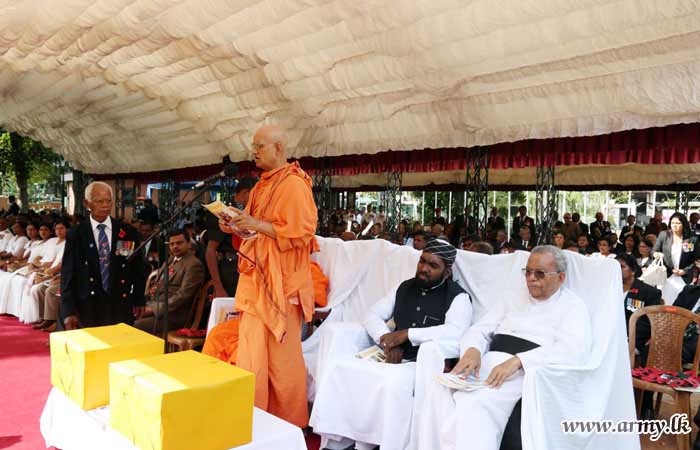