The consignment of 300,000 doses of Sinopharm vaccines, gifted to the Armed Forces of Sri Lanka by the People's Liberation Army of China arrived in Sri Lanka this morning (28) along with 2 million more doses for Sri Lankans.

On behalf of the Ministry of National Defence of China, Colonel Wan Dong, Defence Attaché at the Embassy of the People's Republic of China symbolically handed over documents, pertaining to the gifted stock, earmarked for Sri Lankan Armed Forces to General (Retd) Kamal Gunarathne, Secretary Defence, extending best compliments of the Chinese counterparts in the presence of General Shavendra Silva and Rear Admiral Nishantha Ulugethenna.

The Sri Lankan Embassy in Beijing coordinated the air freight of the stock with Sri Lanka's Ministry of Defence. Several State Officials were present at the airport for the occasion. 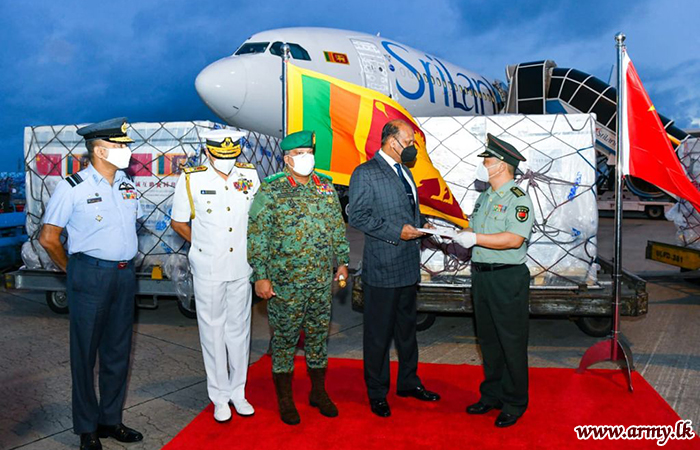 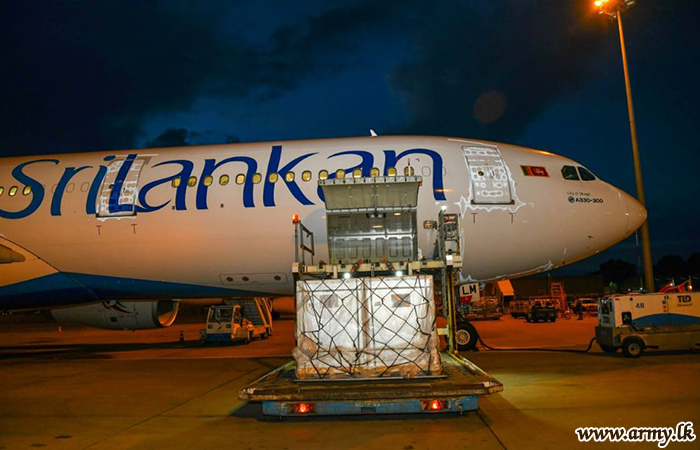 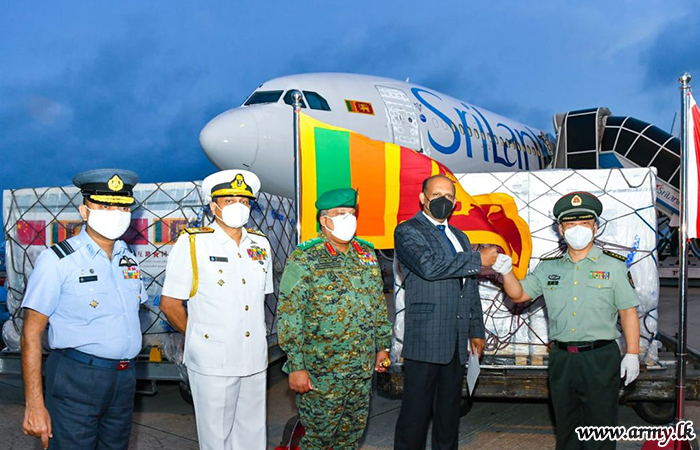 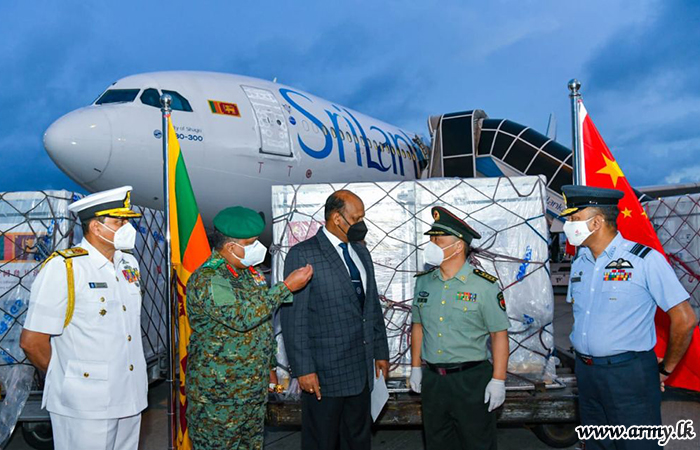 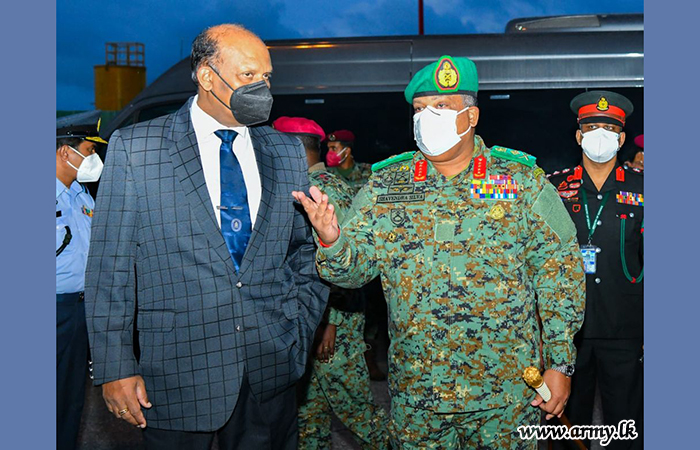 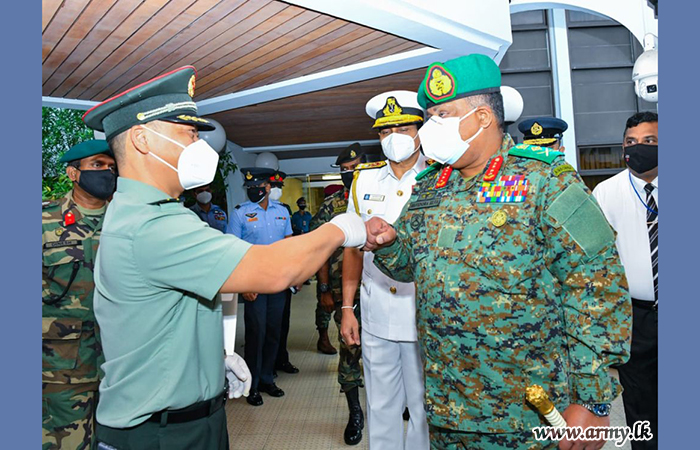