Major General Jamil Rehmat Vance, Director General Remount Veterinary and Farm Corps of the Pakistan Army, currently in Sri Lanka on an invitation, extended by the office of HE the President, paid a courtesy call on Lieutenant General Crishanthe De Silva, Commander of the Army at the Army Headquarters Tuesday (15) evening.

During the cordial meeting, Major General Vance, a well-experienced officer with agrarian knowledge discussed matters, related to projects launched by his own Corps in the Pakistan Army and the proposed import of dairy cattle to Sri Lanka to boost the fresh milk industry.

A few members of the Pakistan’s delegation were also present during the meeting.

Exchange of mementos culminated the meeting.

The visiting Major General Vance gave a full account on how the Pakistan Army has been engaged in animal husbandry, fresh milk production and training of horses and dogs for various public and military projects.

Major General Jamil Rehmat Vance also offered all possible training assistance in this direction to the Sri Lanka Army in the future and invited the Commander to send the officers for training in veterinary affairs. 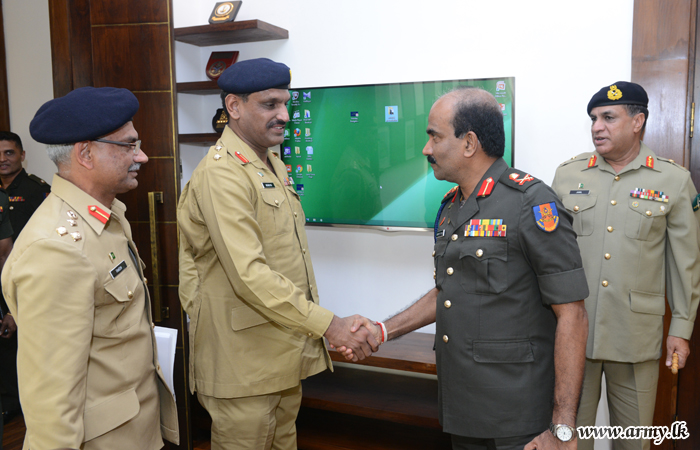 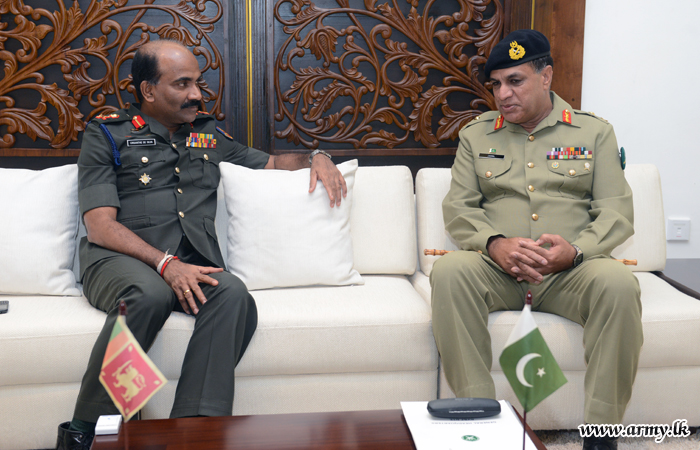 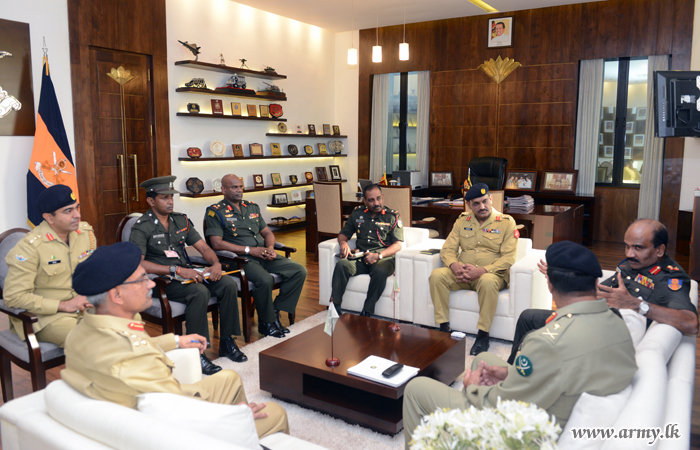 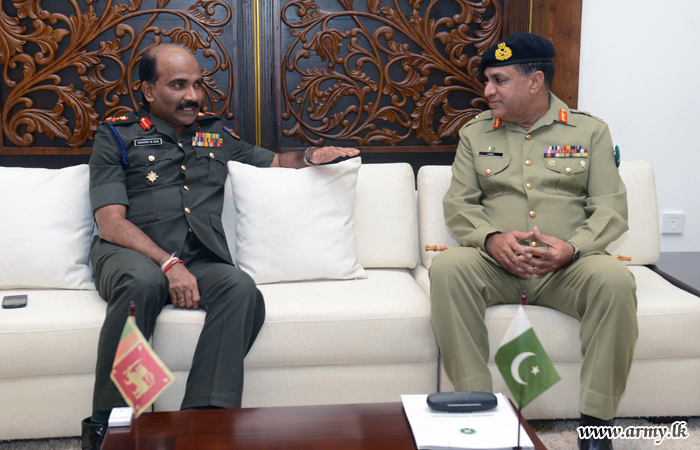 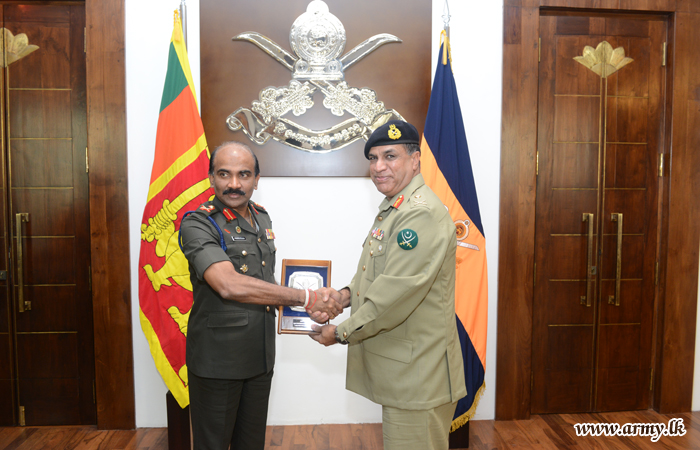 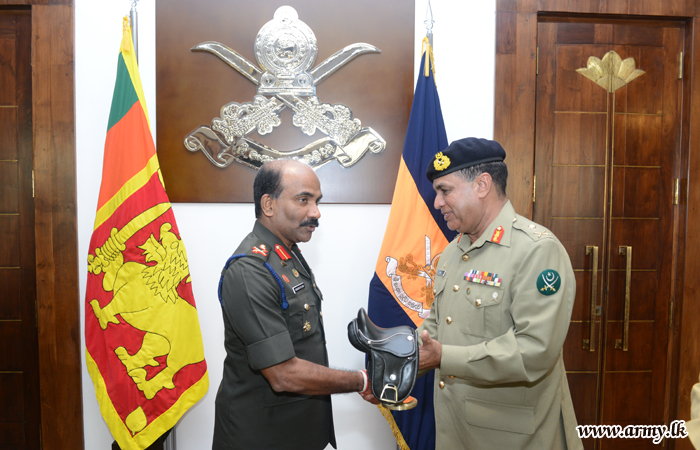 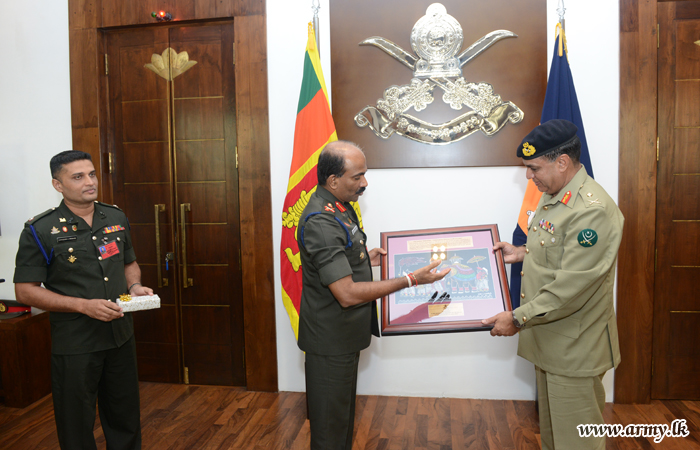