Sri Lanka’s Chief of Defence Staff and Commander of the Army, General Shavendra Silva currently in Pakistan to attend the Pakistan Day celebration also known as the National Day Joint Services Parade as Guest of Honour at the invitation of Chief of Army Staff of Pakistan Army, General Qamar Javed Bajwa on Friday (19) had an audience with HE the President of Pakistan, Dr Arif Alvi at the President’s House.

The visiting General Shavendra Silva at the outset expressed his gratitude to the armed forces of Pakistan for the invitation and conveyed compliments and best wishes of HE the President Gotabaya Rajapaksa of Sri Lanka to the Pakistan’s counterpart.

Dr Arif Alvi, HE the President of Pakistan admitted that Sri Lanka remains the most successful country to have crushed terrorism in the world, and told that Pakistan too has done so effectively. " Pakistan would strongly back Sri Lanka in the UNHRC and stand against those allegations as we have done in the past, too, " President affirmed.

While condemning the brutal Easter Sunday bomb attack, he underlined the need for both countries to work closely together in spheres, like defence, tourism, maritime security, education, environment, trade and commerce, etc in future, too. He also commended Sri Lanka for her fight against the COVID-19 epidemic and expressed his pleasure over preventive mechanism in place.

“Three of my previous visits to your country and Anuradhapura touched me very much, due to her beauty and old heritage. I intend to visit Sri Lanka once again in future, too, and wished tourist visits to Buddhist places in Pakistan are enhanced as a learning experience in this direction. Let us work together further promoting SAARC and spheres, like commerce, sports, education, environment conservation, trade and commerce,” Dr Alvi remarked.

General Shavendra Silva told the President of Pakistan that Pakistan has to-date remained a true friend of Sri Lanka during all her critical endeavours and prevailing bonds of goodwill and understanding were further enhanced after the most recent visit of Pakistan Prime Minister to the country.

“Sri Lankans would never forget Pakistan’s unconditional support extended at all times by means of every possible channel of assistance and the marked contribution Pakistan’s armed forces, has made towards the promotion of infrastructure of the armed forces of Sri Lanka since 1980s. This bilateral defence cooperation has enabled both armies to broaden their horizons of professionalism, as seen in the military exercise ‘Shake Hands’, currently underway in Sri Lanka,” General Shavendra Silva pointed out.

“Pakistan has stood by Sri Lanka all the time against UNHCR’s false allegations extending her best co-operation. That support would continue to be remembered in the past, present and future, too as a genuine friend of Sri Lanka. Although this visit would have been made long ago, it was not possible due to responsibilities that thrust upon us in the wake of the outbreak of the pandemic,” he told the President.

The meeting at the President’s House was graced by a few Senior Officials of the Pakistan government and Senior Army Officers, including the Adjutant General, Major General Sanjaya Wanasinghe of the Sri Lanka Army.

Towards the end of the cordial meeting, General Shavendra Silva presented a special memento to HE the President of Pakistan as a symbol of goodwill and sound bilateral relations.

The prestigious National Day Joint Services Parade (23 March) in Pakistan epitomizes Pakistan’s aspirations and achievements and is attended by the President of Pakistan, Prime Minister of Pakistan and a host of national and foreign dignitaries, inclusive of foreign military contingents who would join the martial display on the day. 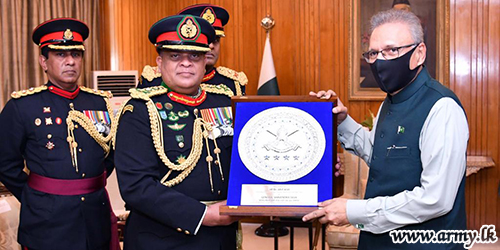 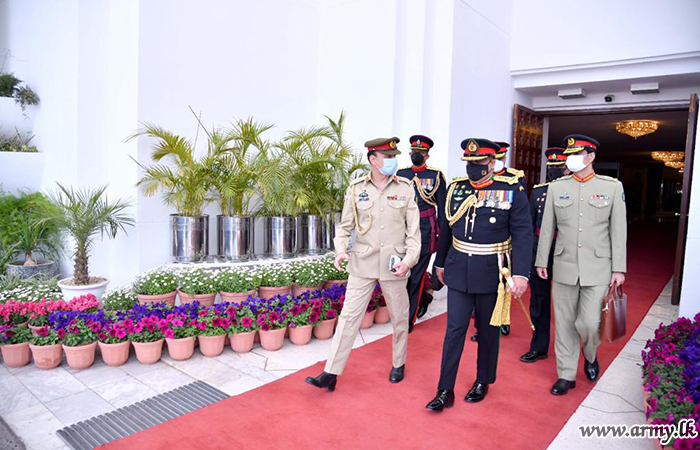 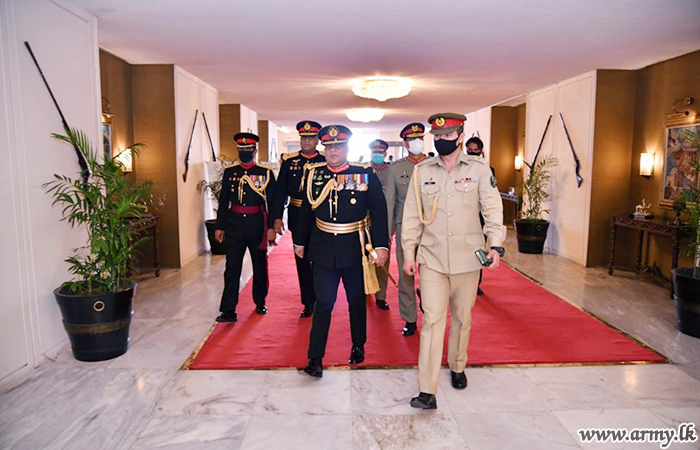 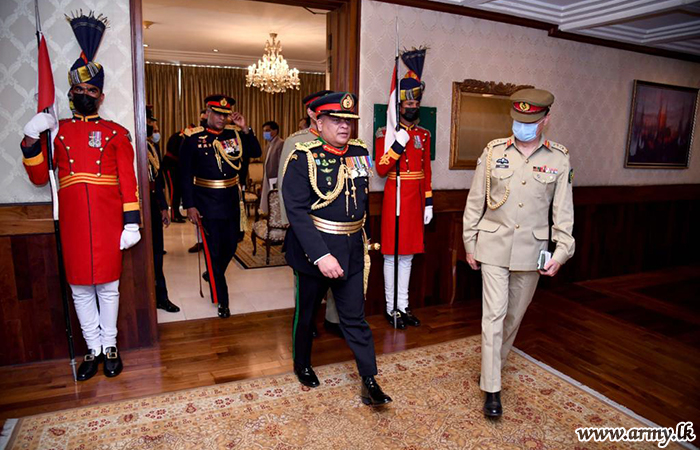 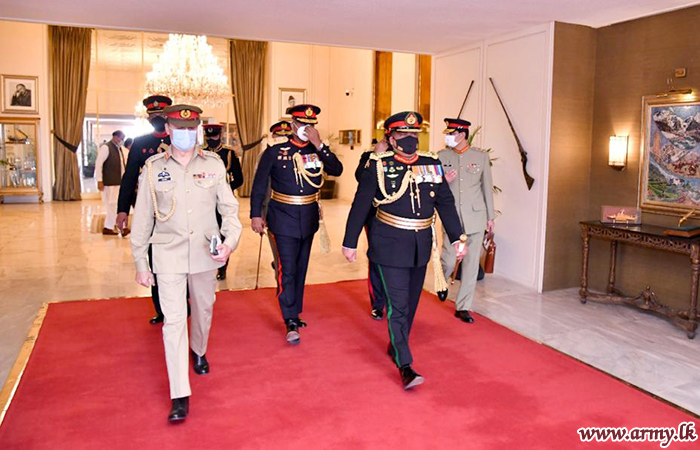 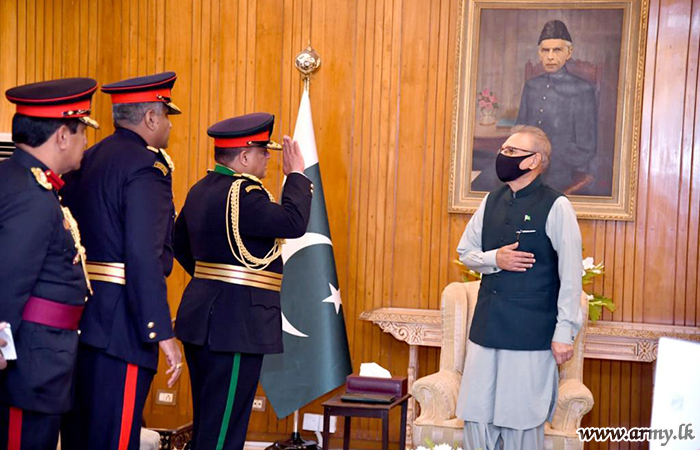 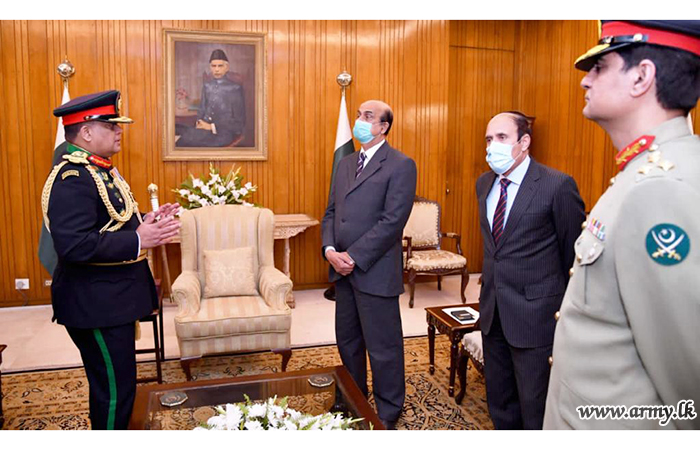 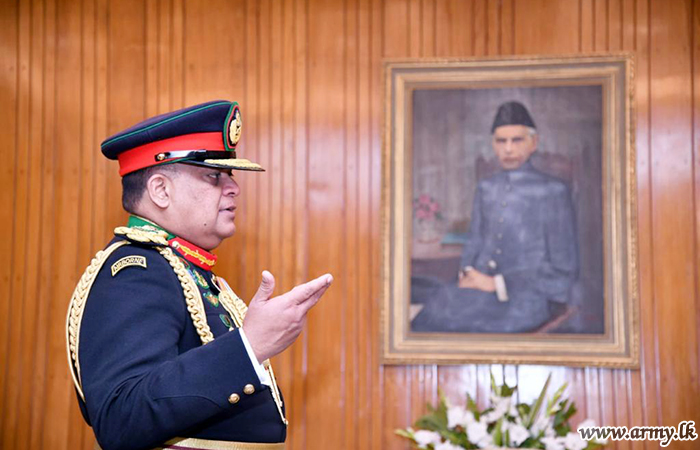 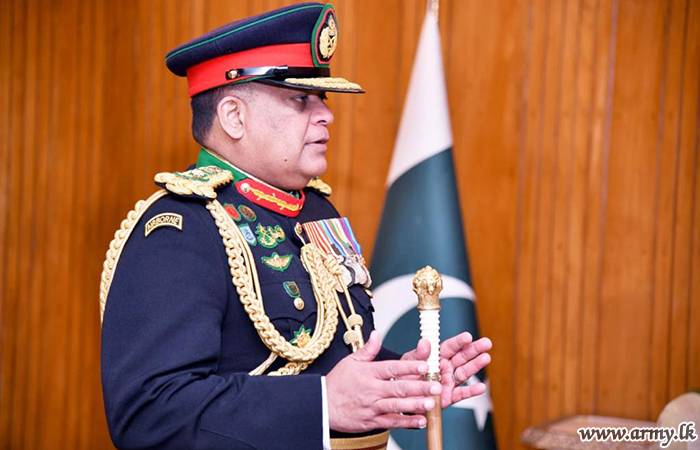 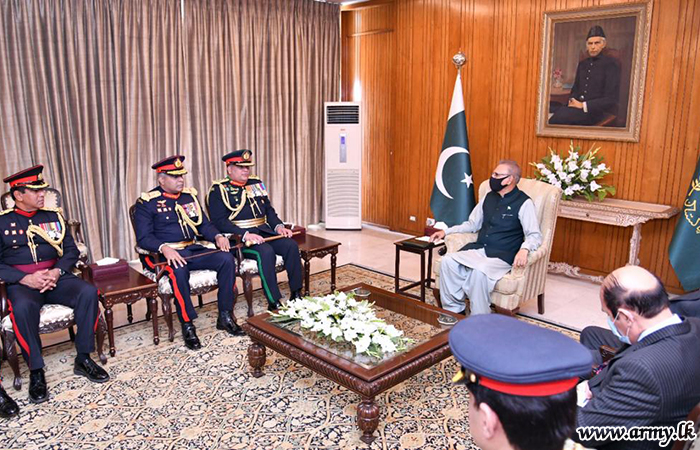 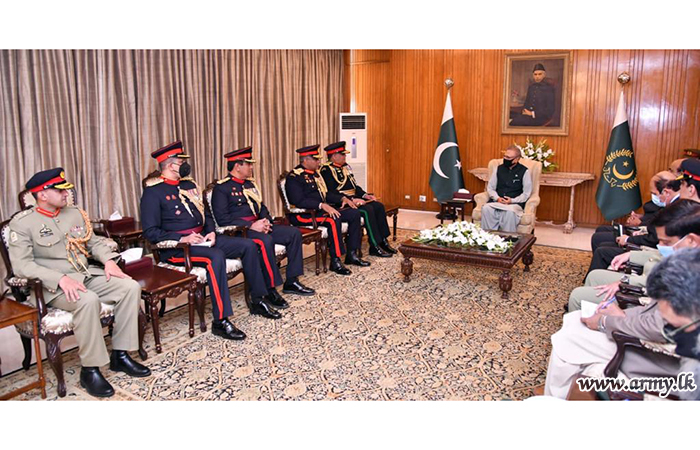 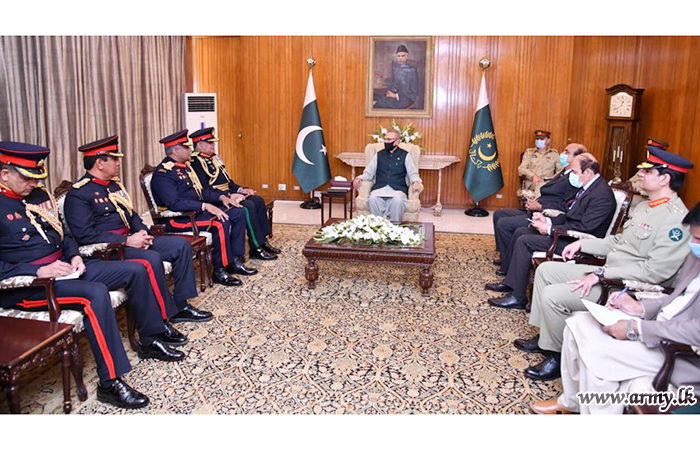 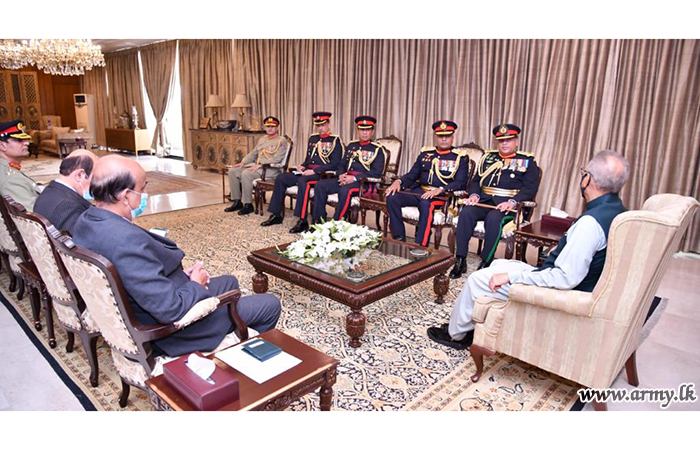