Colonel Denis I. Shkoda, Military, Air and Naval Attaché of the Embassy of the Russian Federation for Sri Lanka made his courtesy farewell call on the Chief of Defence Staff and Commander of the Army, General Shavendra Silva at the latter’s office in the Army Headquarters this morning (2), prior to his exit from the country after completion of his tenure.

During the cordial meeting, the outgoing envoy expressed his gratitude for the cooperation and goodwill extended during his tenure in Sri Lanka and thanked the Army for its sound understanding and brotherhood.

They also recalled longstanding relations between Russia and Sri Lanka and underlined the importance of further cementing such ties. The meeting culminated with the exchange of mementoes.

Assistant Defence Attaché at the Russian Embassy was also associated with the farewell meeting. 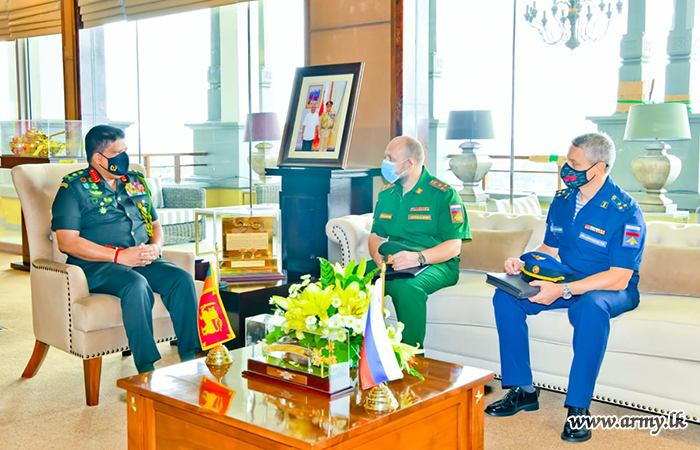 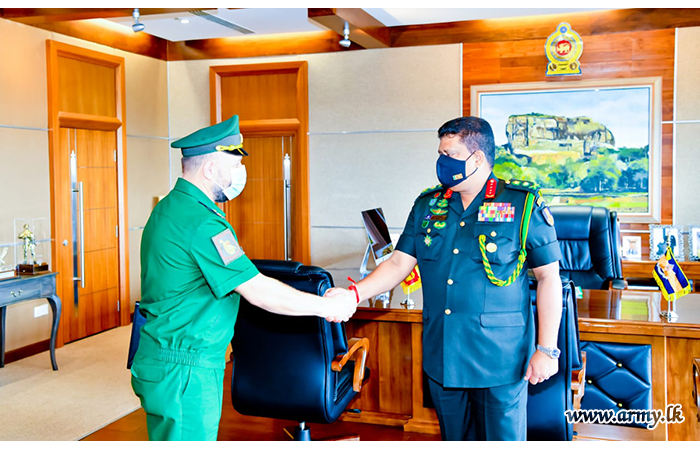 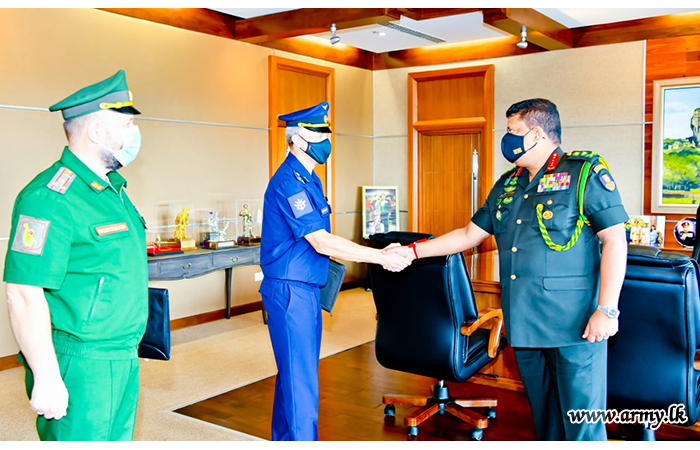 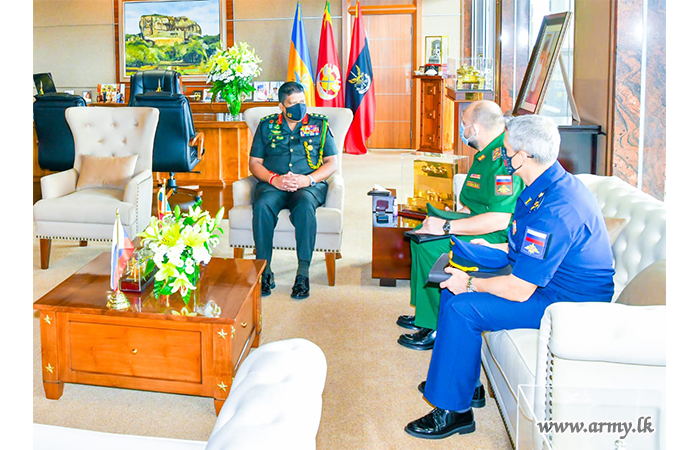 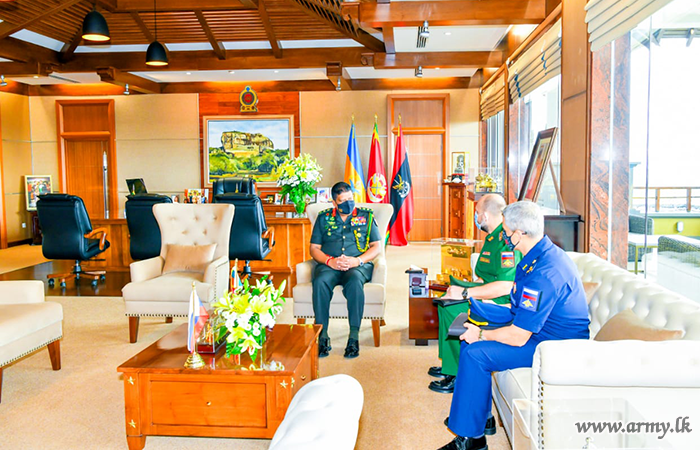 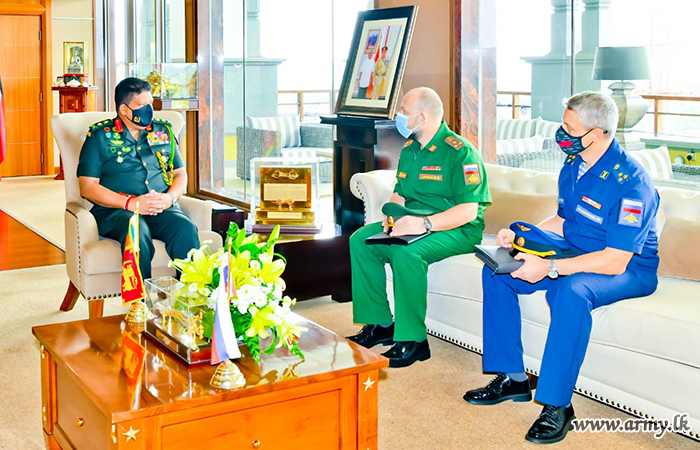 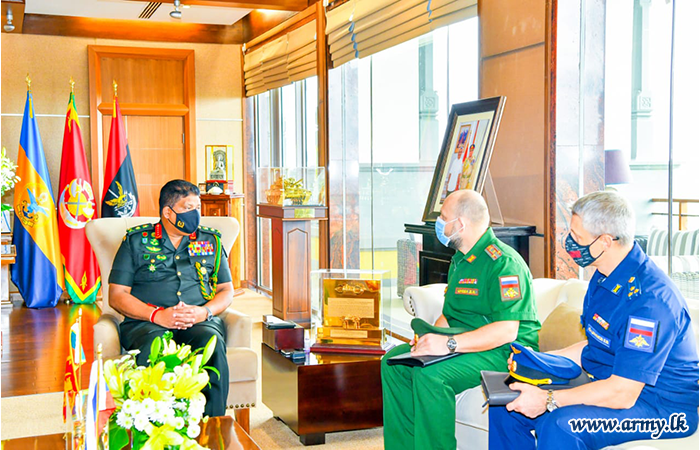 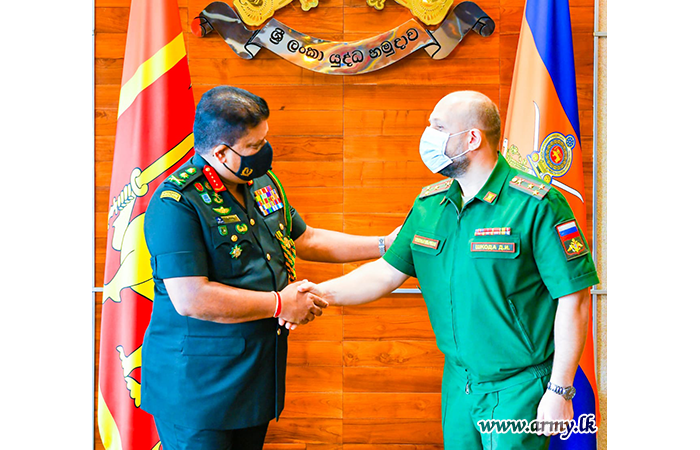