The outgoing Inspector General of Police, Mr N.K. Illangakoon on the eve of his retirement from the service, paid a courtesy call on the Commander of the Army Lieutenant General Crishanthe De Silva Friday (8) morning at the Army Headquarters.

The courtesy visit saw the troops of Sri Lanka Armoured Corps greeted him to a Guard of Honour upon his arrival at the MoD ground premises in accordance with military traditions.

During the meeting, both Commander of the Army and the IGP exchanged pleasantries and shared a couple of views, reminiscing the close cooperation that has prevailed between both organizations as far as the country’s security is concerned.

Towards the end of the cordial meeting, the outgoing Police Chief, Mr N.K. Illangakoon presented a memento to Lieutenant General Crishanthe De Silva. The gesture was reciprocated. The visiting Police Chief also left a complimentary remark in the Visitors’ Book before he left the premises. 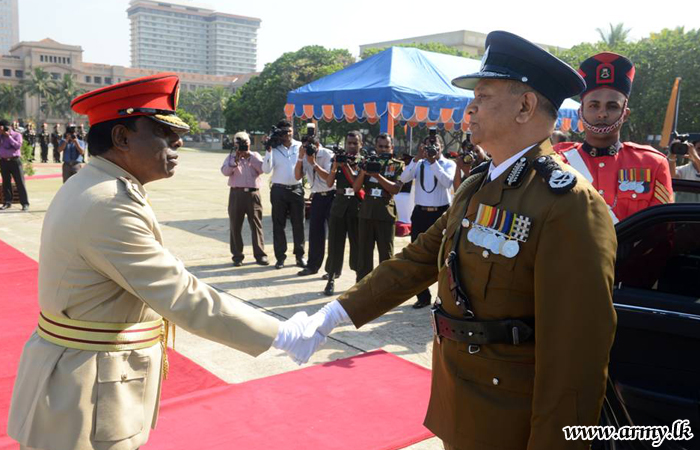 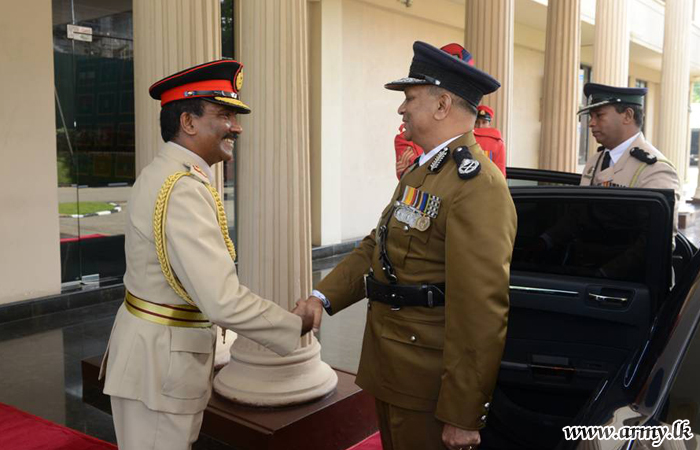 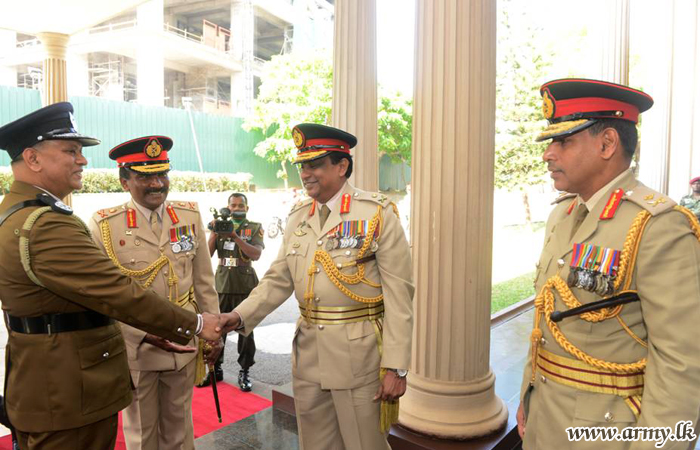 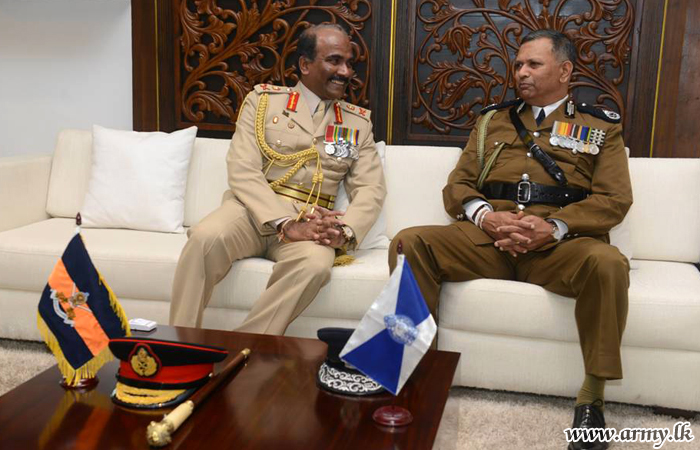 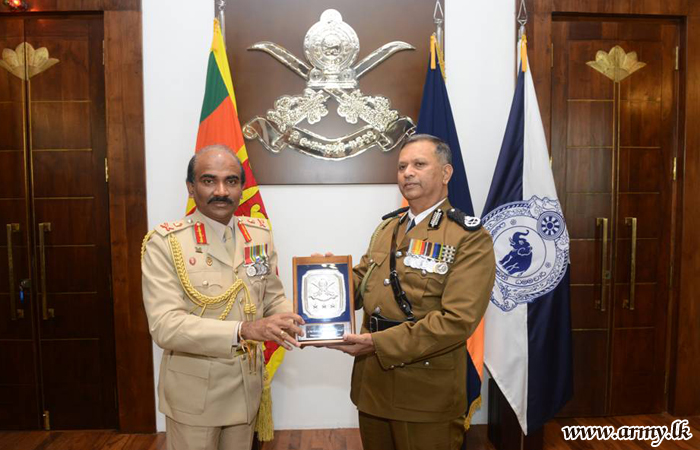 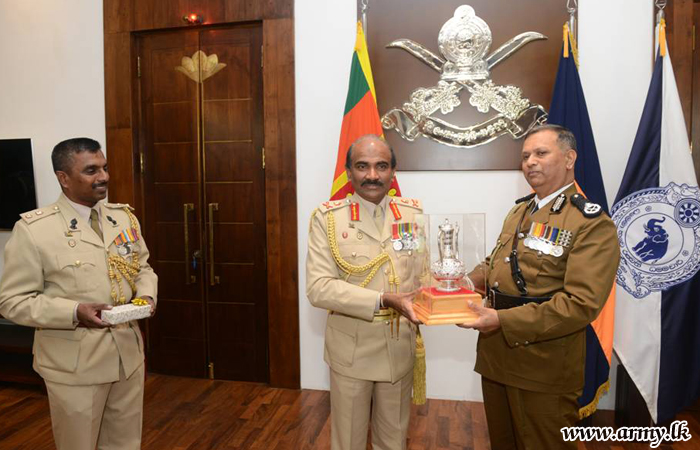 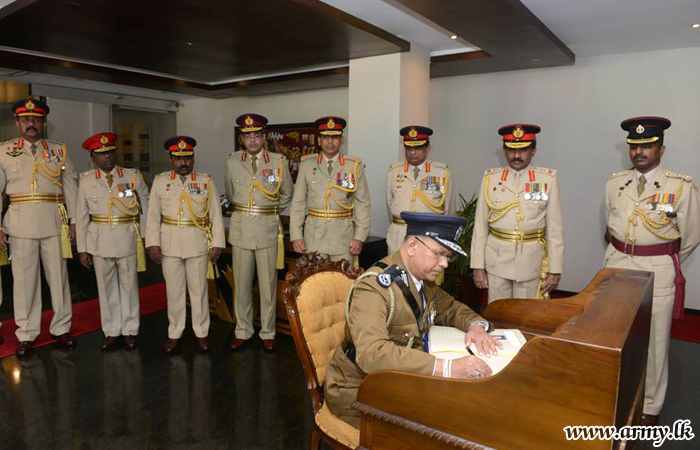 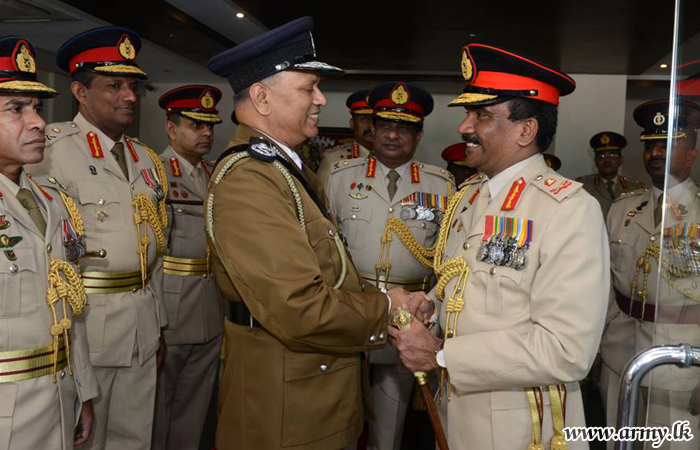