H.E. Mr Akira Sugiyama, Ambassador Extraordinary and Plenipotentiary in the Embassy of Japan in Sri Lanka paid his farewell call on the Chief Defence Staff and Commander of the Army General Shavendra Silva on Tuesday (19) at Army Headquarters.

During this cordial meeting, he thanked General Shavendra Silva for close cooperation and support given to him during his tenure.

At the end of the courtesy meet, mementoes were exchanged between both parties to mark this important meeting. 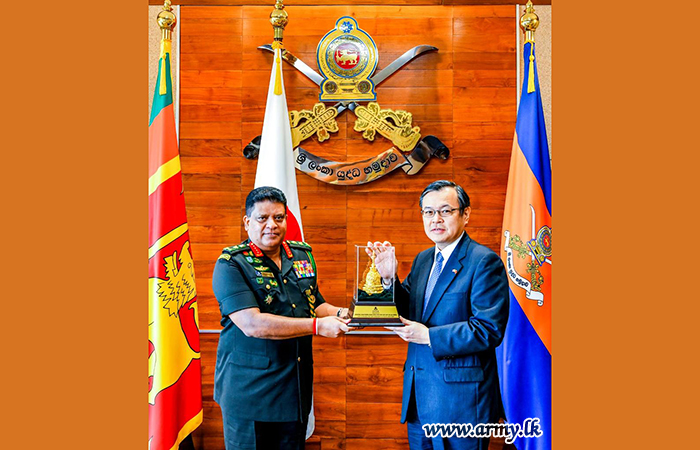 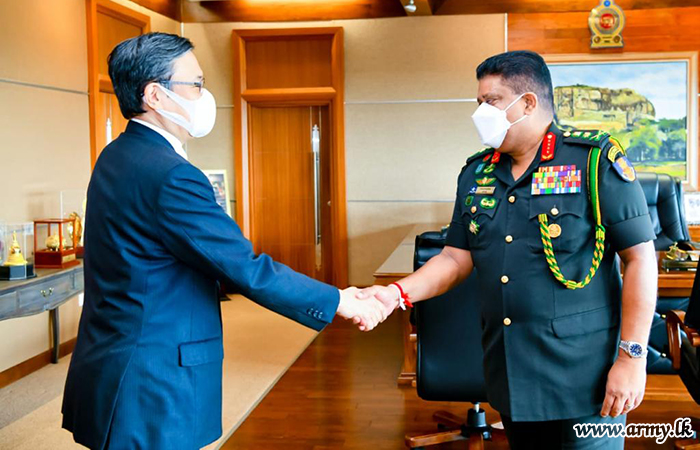 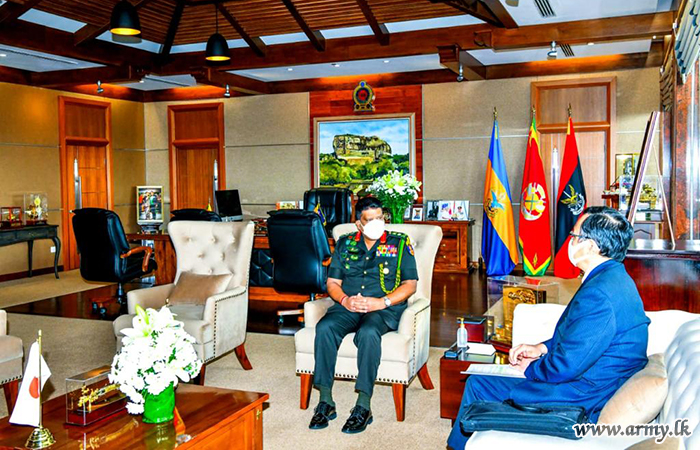 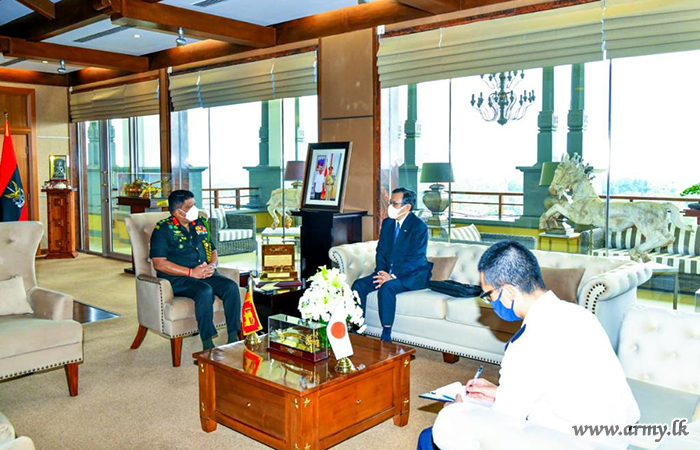 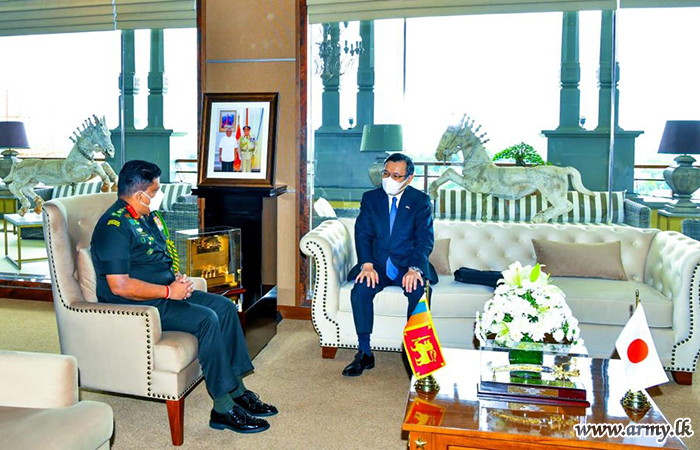 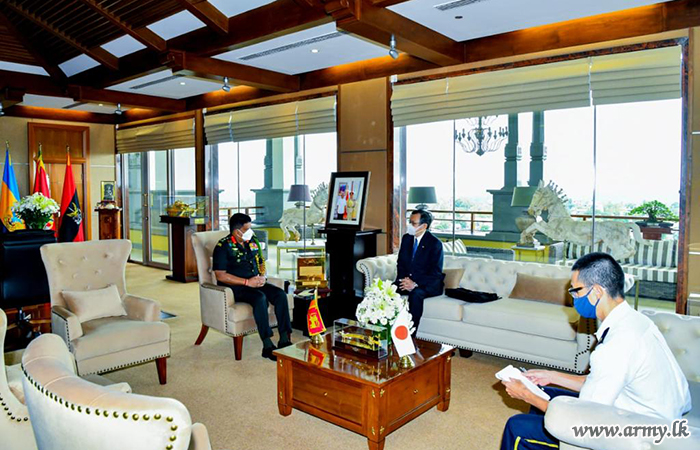 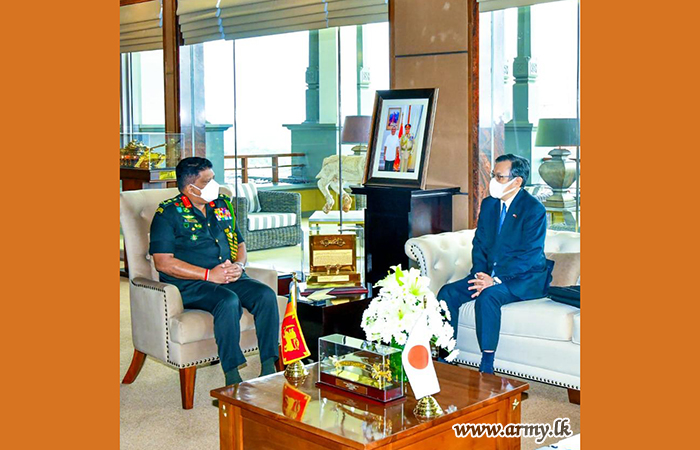 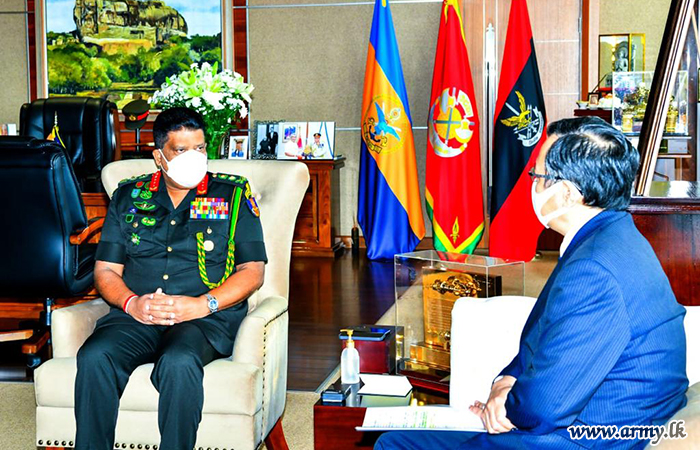 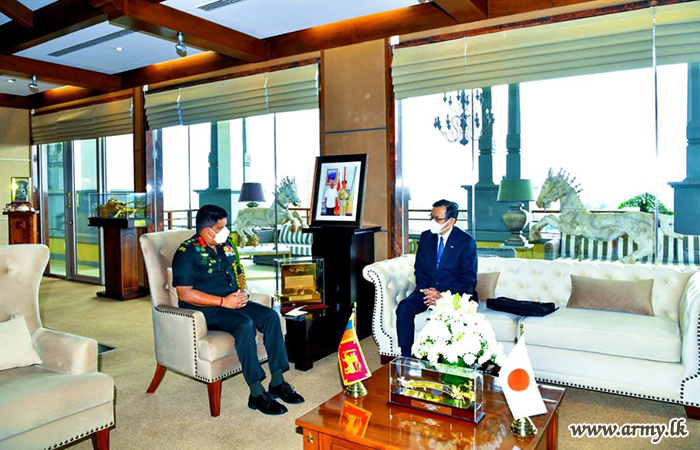 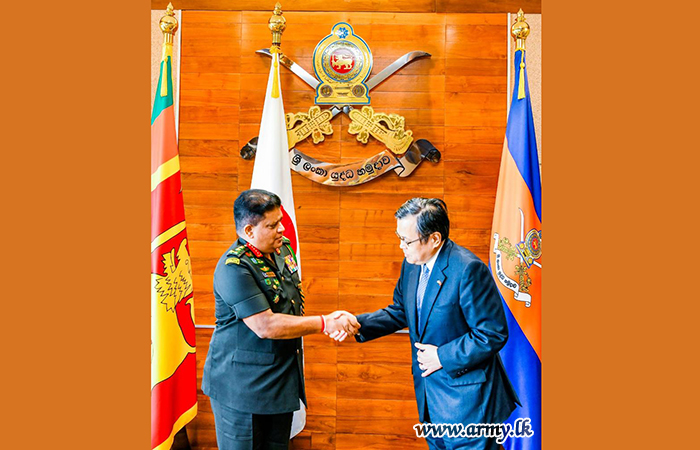 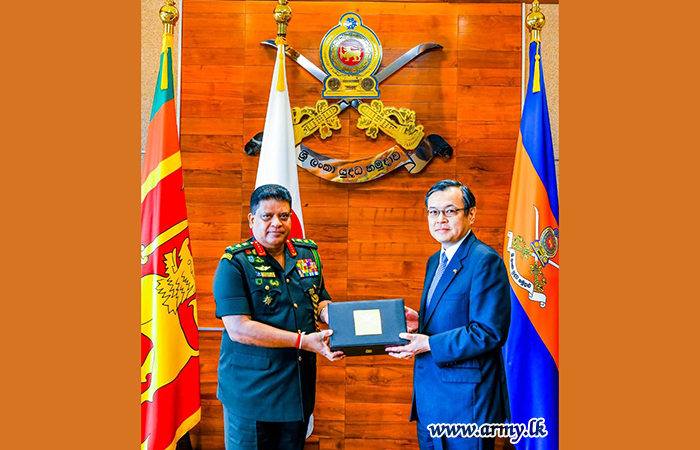