Major General Priyantha Silva, Commander, Forward Maintenance Area (FMA) - North Central on the verge of his retirement from the Army, having served more than 34 years in an exemplary manner was invited to the office of the Commander of the Army, together with his family members on Thursday (6).

During his final call-on, General Shavendra Silva, Chief of Defence Staff and Commander of the Army commended his dedicated and committed roles in various capacities and spoke high of his loyalty to the organization and also his integrity.

The Sri Lanka Army Service Corps (SLASC)-groomed Senior Officer during his tenure of office served many key appointments before he was appointed as the Commander, Forward Maintenance Area (FMA) - North Central.

The Army Chief during the interaction with the outgoing Senior Officer inquired into his future plans after leaving the Army and shared a few thoughts with his family members who were present at the occasion.

General Shavendra Silva also spoke to his accompanying children and inquired into their educational progress and shared their concerns before the meeting ended.

The outgoing Senior Officer also thanked the Commander of the Army for his wishes and the thoughtfulness while mentioning about the encouragement he received from the Army Chief in the performance of his duties. Towards the end of the interaction, General Shavendra Silva awarded a special memento to the outgoing Major General Priyantha Silva as a symbol of appreciation and commendation, along with a special gift to the family. 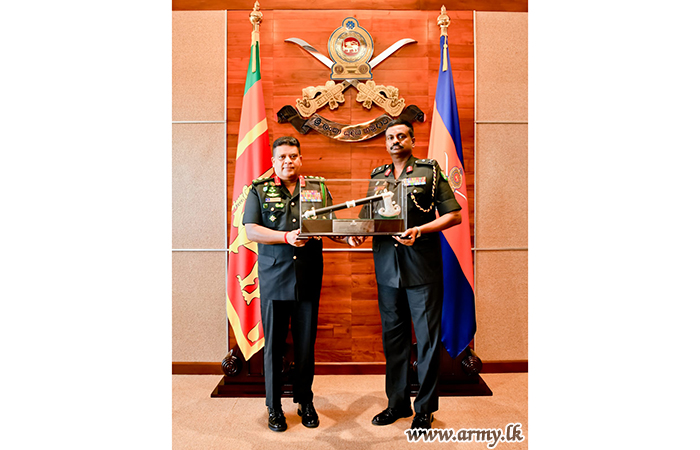 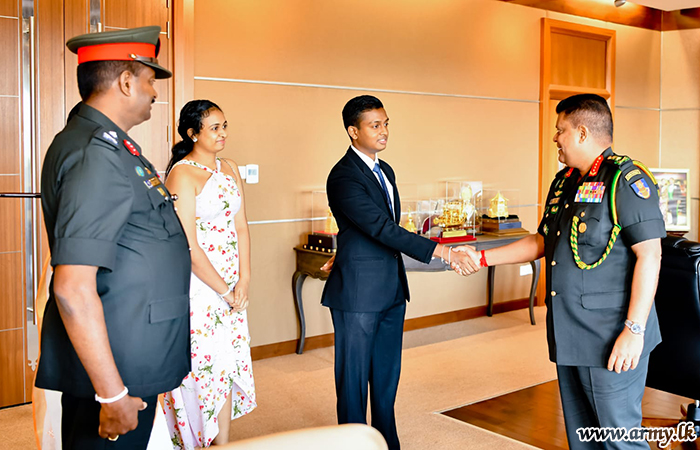 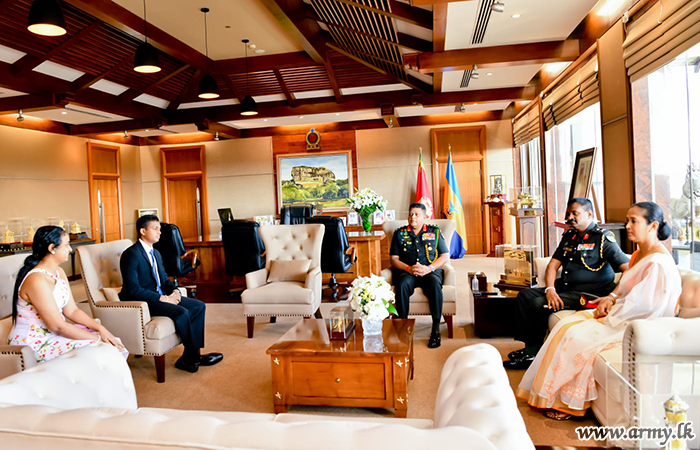 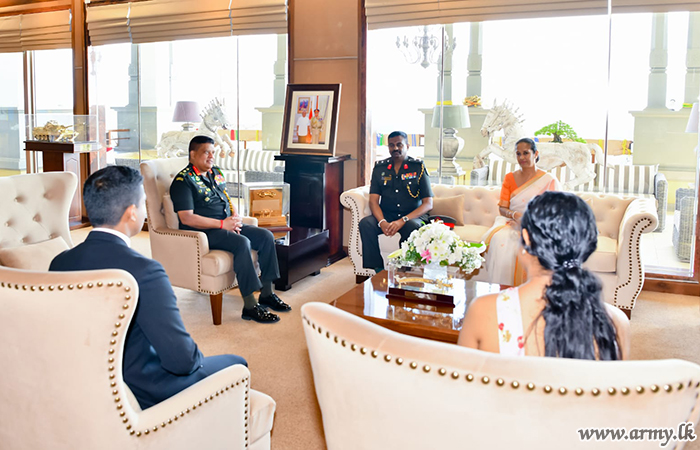 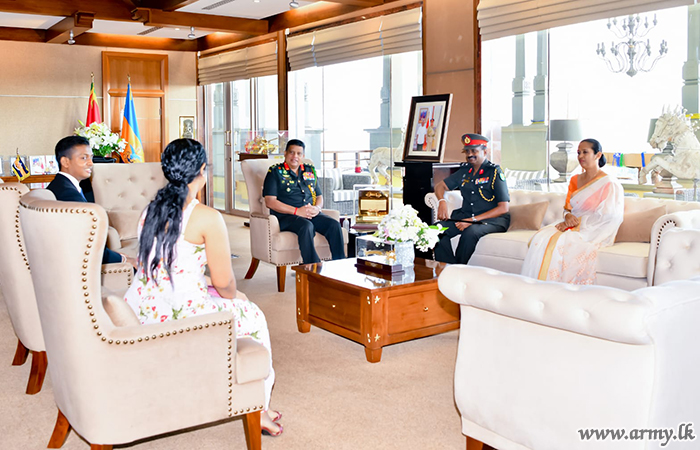 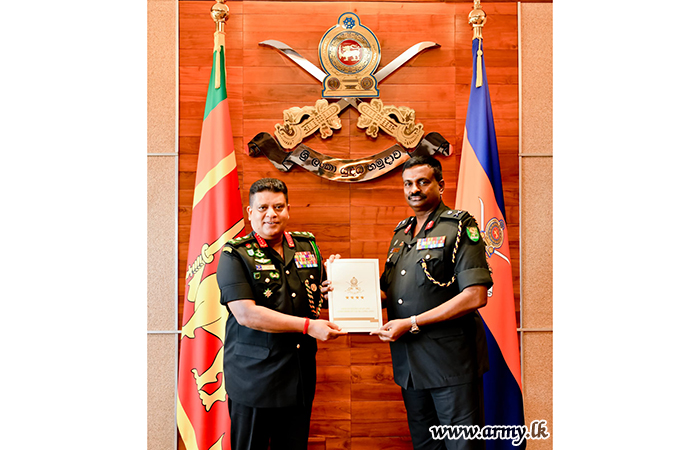 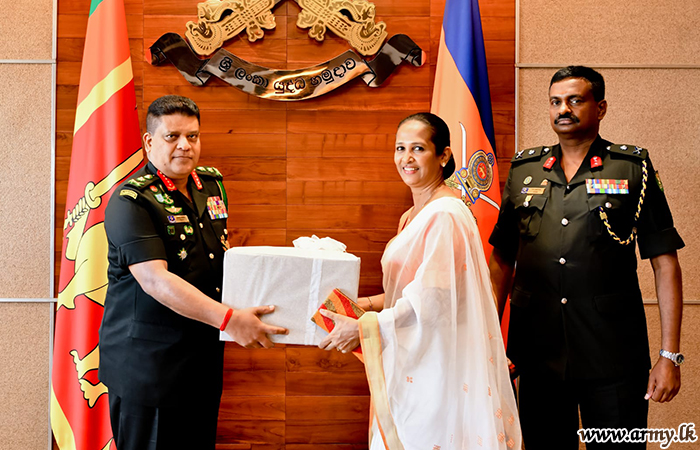 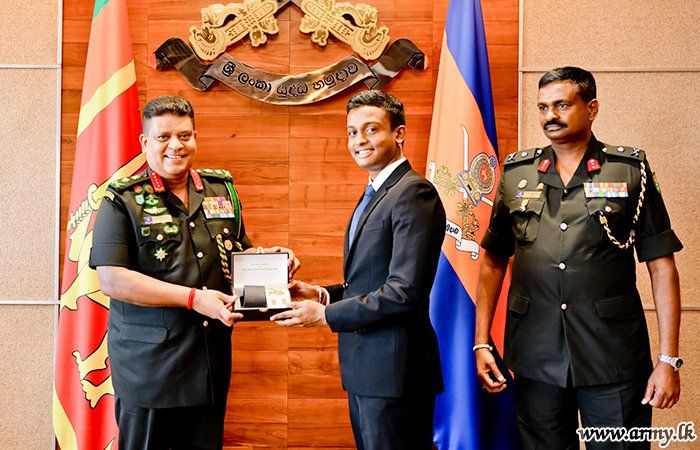 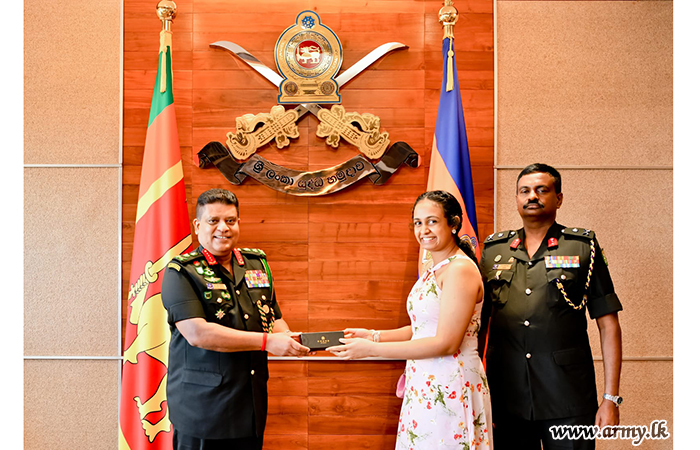 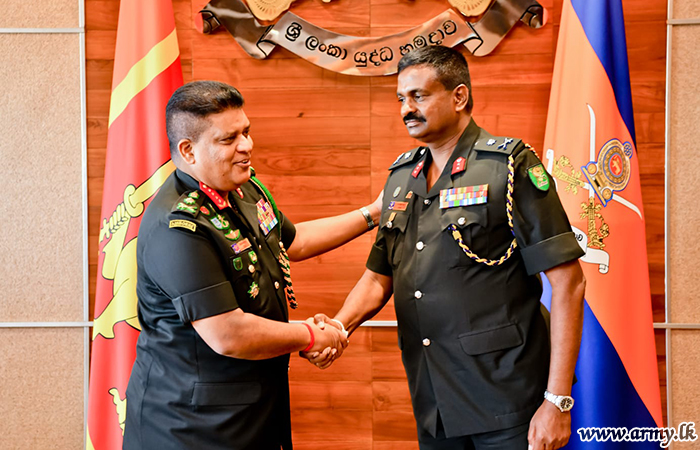