7 Vijayabahu Infantry Regiment (VIR) troops of the 543 Brigade of the 54 Division in Mannar apprehended a stock of smuggled turmeric during a search into a vacated house in Tharavankottai area on Sunday (2).

The 125 kg stock of raw turmeric is worth about Rs 0.75 million. The contraband was handed over to Mannar Police for further investigations. Army, Navy and Air Force troops throwing their full-weight behind the government's all-out war against narcotics, drugs and smuggling of contraband have in the past recovered drugs, turmeric and other contraband from Mannar and elsewhere. latest Nike release | Nike Shoes 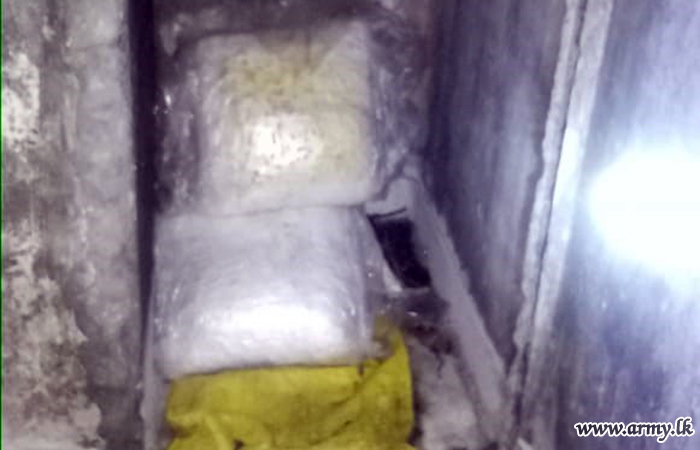