One More Smuggled Stock of Turmeric & Cardamom Nabbed with Suspects

Troops of 24 Vijayabahu Infantry Regiment (VIR) of the 66 Division HQ in Mullaittivu on information provided by Military Intelligence Corps (MIC) apprehended two suspects, together with a stock of smuggled 2350 kg of turmeric and 50 kg of cardamom during a search in Wettakadu area on Wednesday (22).

Those suspects with detected contraband were handed over to the Pooneryn Police station for further investigations. Army, Navy and Air Force troops throwing their full-weight behind the government's all-out war against narcotics, drugs and smuggling of contraband have in the past recovered drugs, turmeric and other contraband from Mullaitivu areas and elsewhere. Investigations are underway. 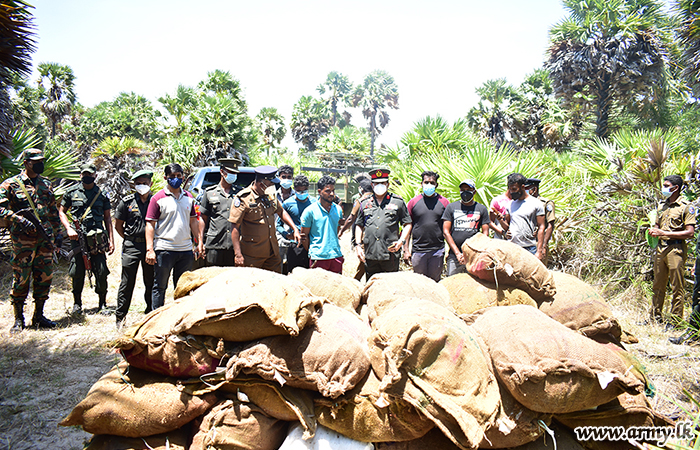 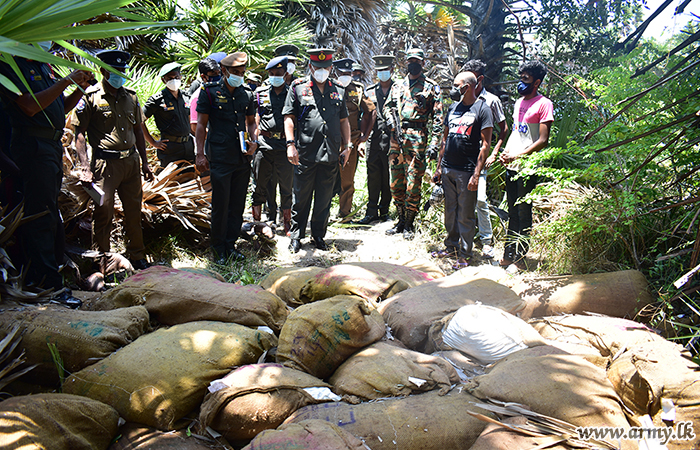 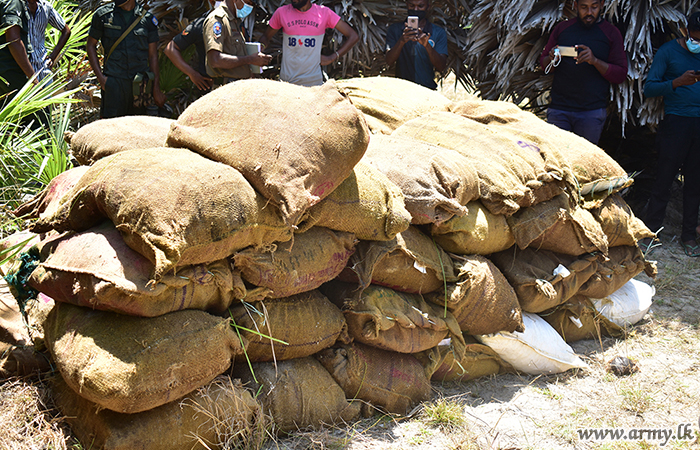 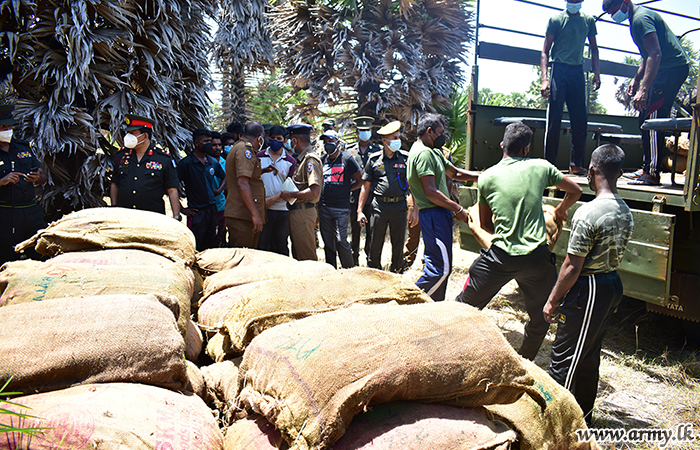