The retiring Major General RADS Shantha Ranaweera RWP RSP USP psc of the Gajaba Regiment (GR), the former Overall Security Coordinator at the Army Headquarters and Director, Directorate of Overseas Operations, on invitation arrived at the office of the Commander of the Army, Lieutenant General Vikum Liyanage on Saturday (17), together with his family members.

Having served the Army for more than 33 years in an exemplary manner, Major General RADS Shantha Ranaweera RWP RSP USP psc, who is to retire shortly received appreciative compliments and best wishes from the Army Chief during the meeting. Lieutenant General Vikum Liyanage commended his working capacity, commitment and dedication to the Army while serving different offices including the Directorate of Operations during most critical stages.

He also refreshed memories of the retiree’s invaluable sacrifices and dedicated roles during the height of the war against terrorism as an infantry Officer of the highest caliber before May 2009.

The Army Chief while sharing a few pleasantries with the guests also inquired into the retiring Senior Officer's future endeavors and plans and wished him good luck. He also did not mince words to commend the invaluable support that has been given by his family members throughout, supporting the duty roles of the outgoing Senior Officer.

The retiring Senior Officer also in turn thanked the Commander of the Army for his wishes and guidance while mentioning the encouragement he received in the performance of his duties.

Towards the end of the interaction, Lieutenant General Vikum Liyanage awarded a special memento to outgoing Major General RADS Shantha Ranaweera RWP RSP USP psc as a symbol of appreciation and commendation, along with special gifts to the family. 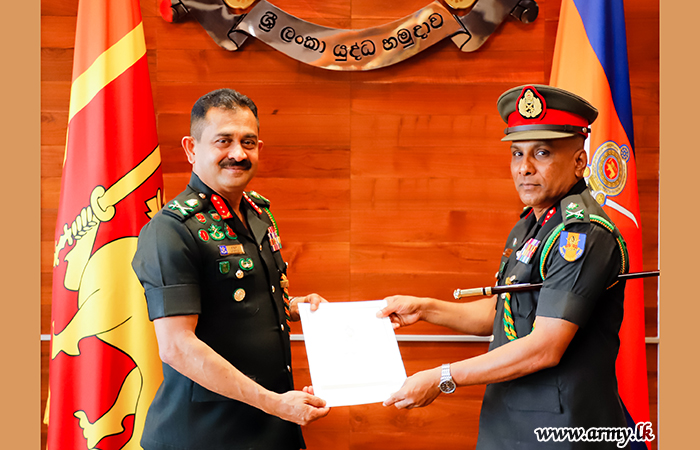 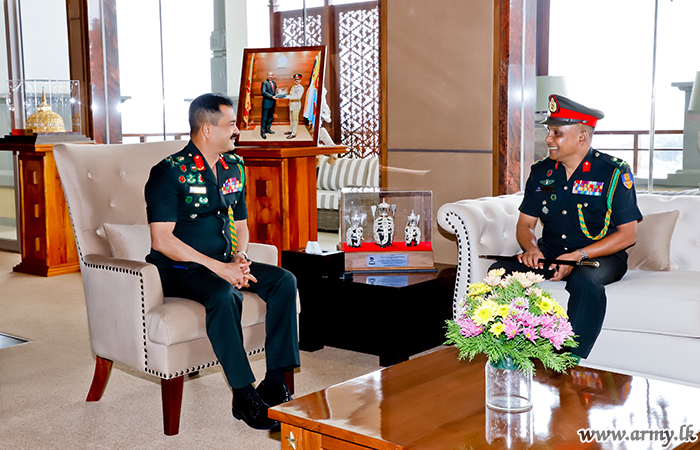 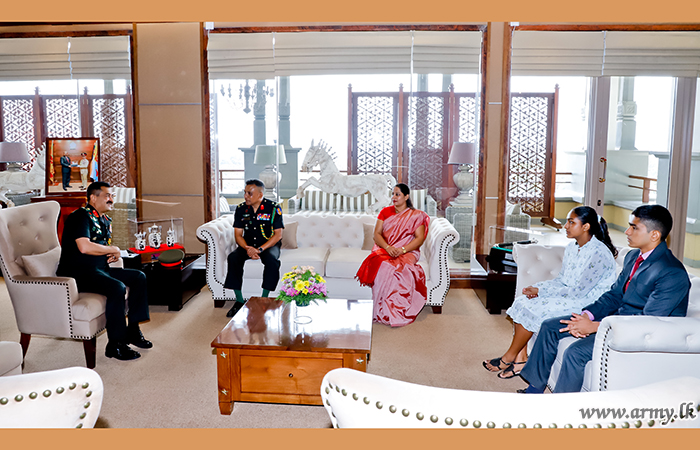 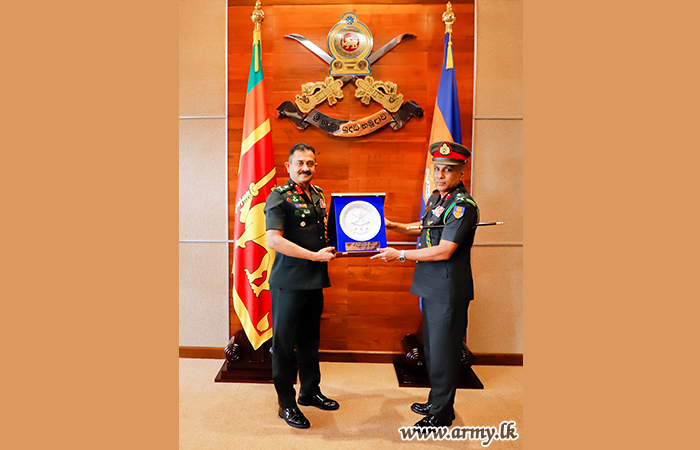 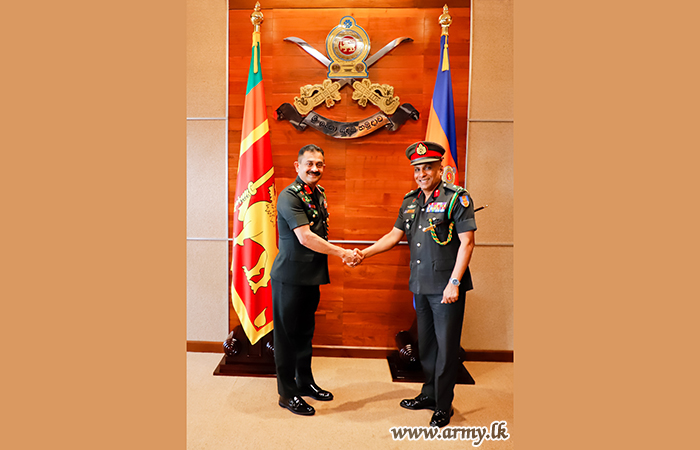 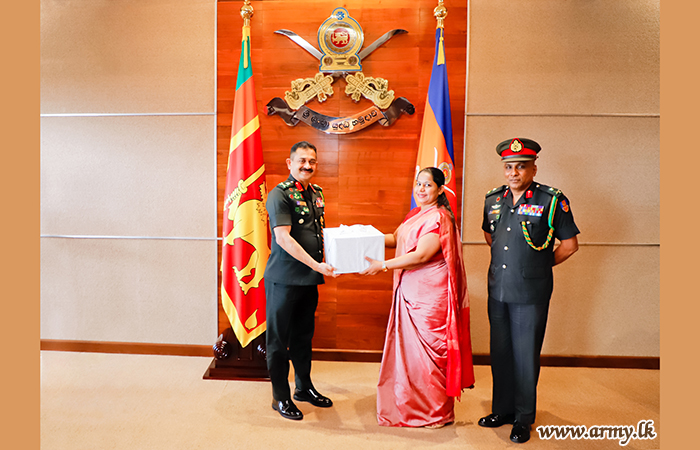 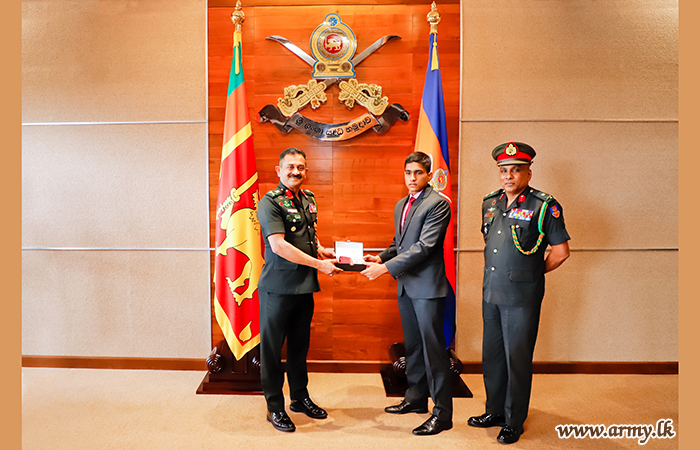 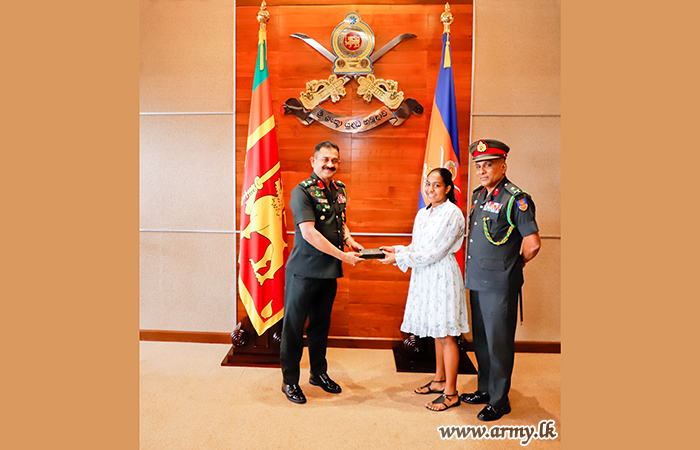 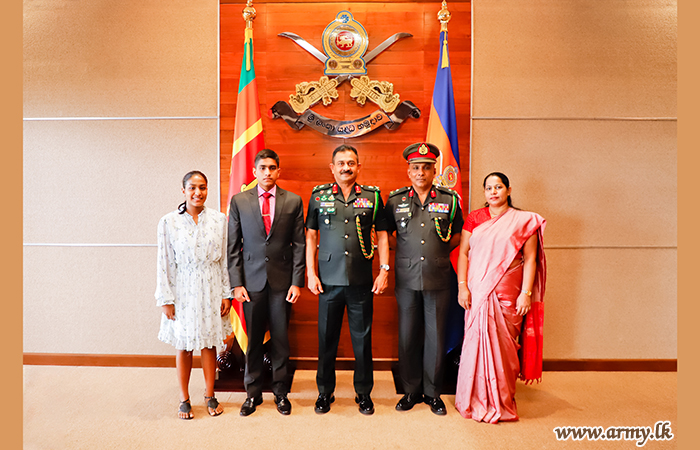