One more Wanni troops-constructed new house for a needy family in Padavi, Sri Pura area was warmed on Tuesday (9) by Major General Jagath Gunawardena, Commander Security Forces - Wanni as the Chief Guest and vested it in the beneficiaries during a simple ceremony.

Mr Ajith Premakumara has been living with his wife and four children undergoing immense difficulties due to economic constraints for a long time at Pragathipuram Padavi Sri Pura. On observing their difficulties, Colonel General Staff at the Security Force Headquarters-Wanni (SFHQ-Wanni), Colonel Anil Peiris through his personal affiliations, coordinated with one Mr Leslie Saman Marasinghe, domiciled in Australia who was keenly awaiting an opportunity of this kind to be of help to a destitute family.

Construction of this house formally commenced on 02 May 2019 and was completed nearly within 70 days due to untiring commitment of 622 Brigade troops who under the directions of the Commander 622 Brigade, Colonel S B Amunugama and under the supervision of' the General Officer Commanding 62 Division, Brigadier J M U D Jayasinghe sweated to make the project a success. The donor in addition to his generosity of raw materials also provided a stock of essential household appliances to the beneficiary.

The donor, Mr Leslie Saman Marasinghe, together with his family members were personally present there for the warming ceremony at the invitation of the SFHQ-Wanni.

General Officer Commanding 62 Division, Brigadier J. M. U. D Jayasinghe, Commander 622 Brigade, Colonel S. B Amunugama, Colonel General Staff at the SFHQ-Wanni, Colonel Anil Peiris, Senior Officers representing the 62 Division and the 622 Brigade, family members of the beneficiary and villagers too were present at the ceremony.

Security Force Headquarters-Wanni as one of ardent enthusiasts for supply of houses for needy people has so far constructed seven permanent houses within this year for deprived families in Medawachchiya, Puleliya, Selalihinigama, Ganeshapuram,Pampeimadu and Welioya areas with the support of different donors. A few more such projects are still underway. 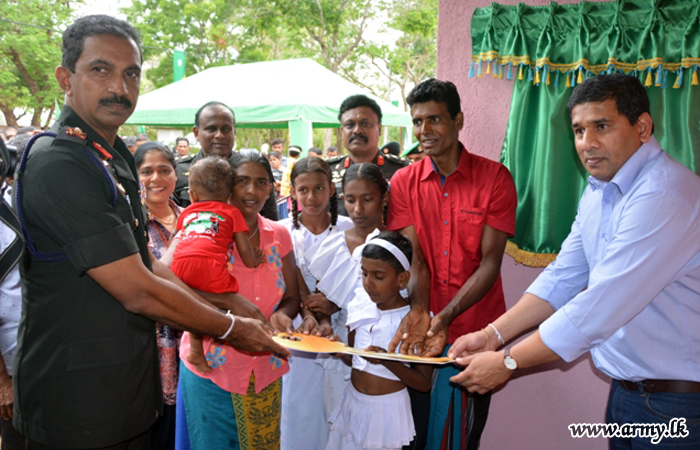 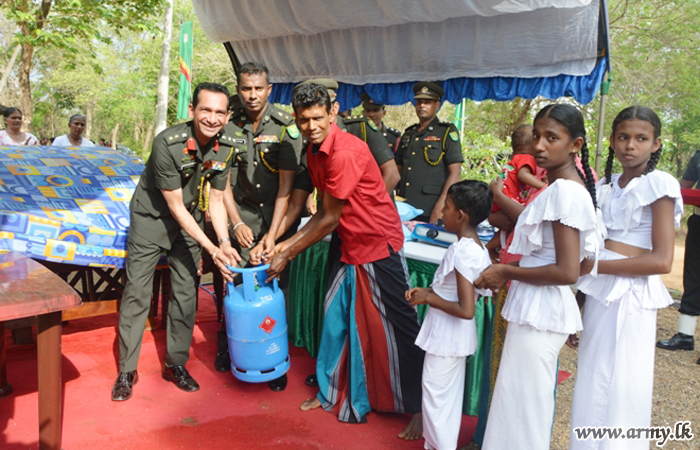 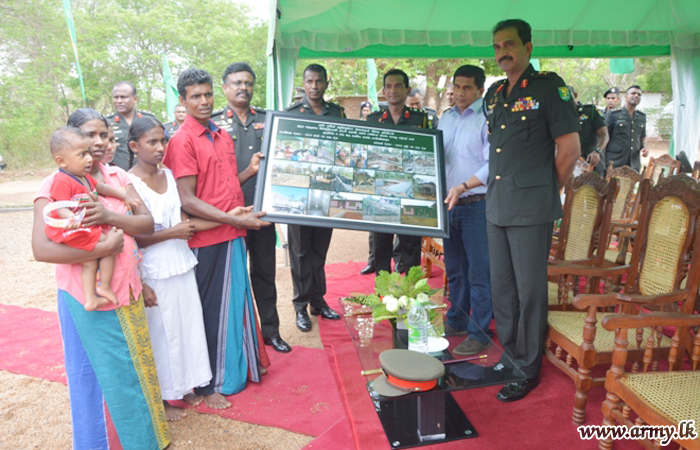 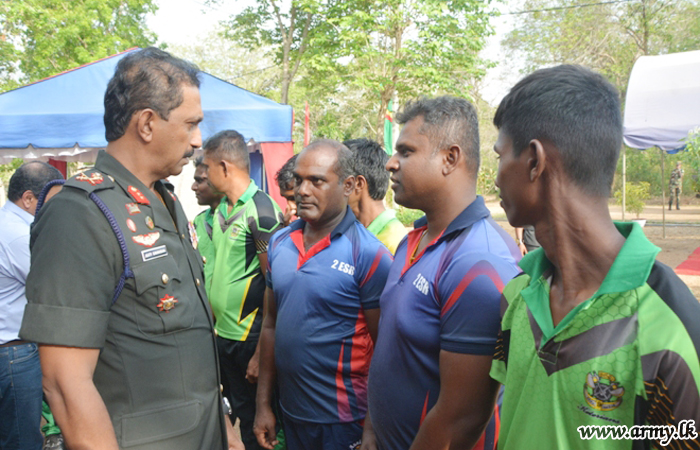 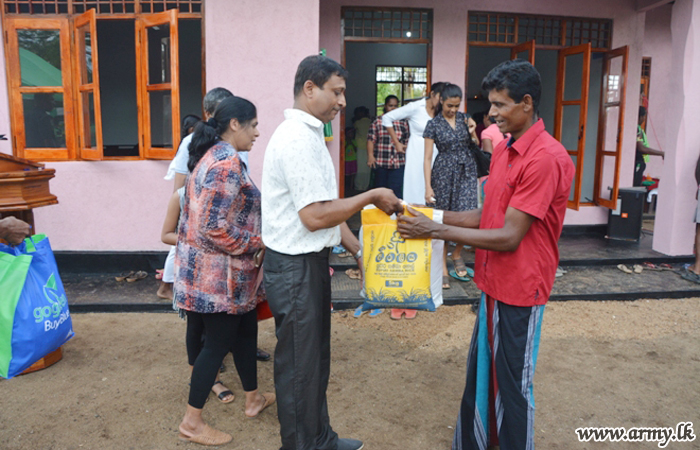 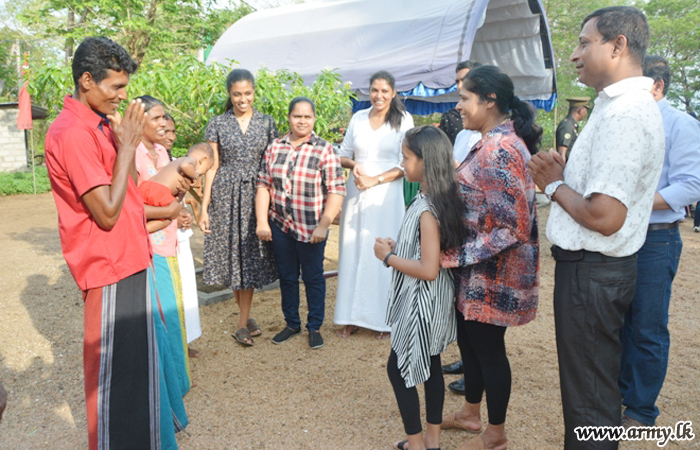 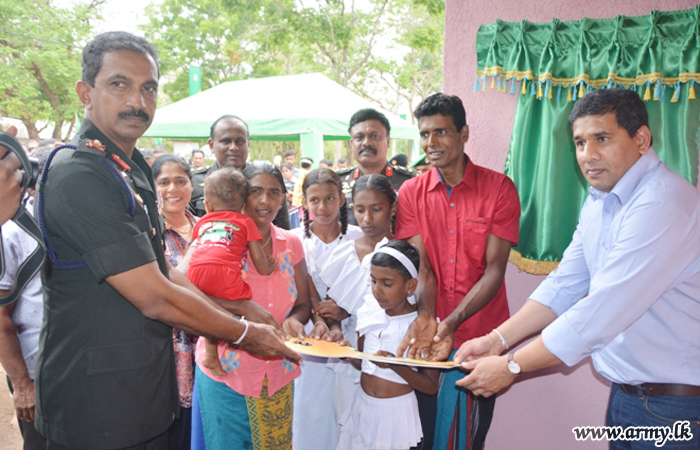 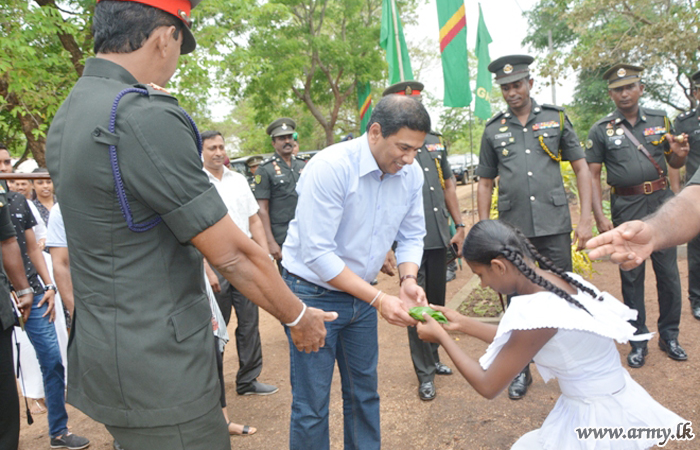 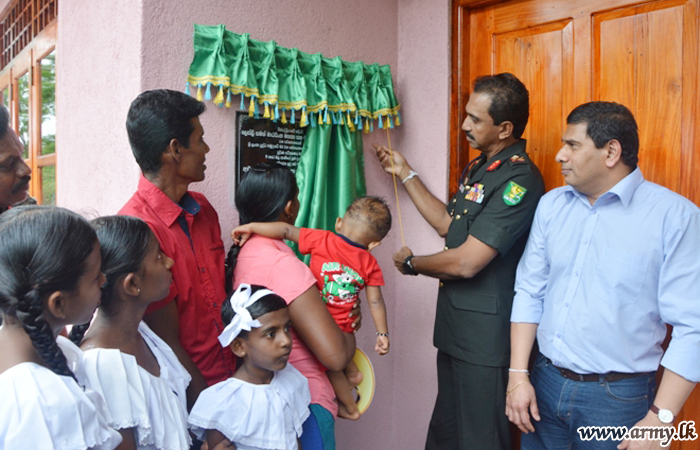 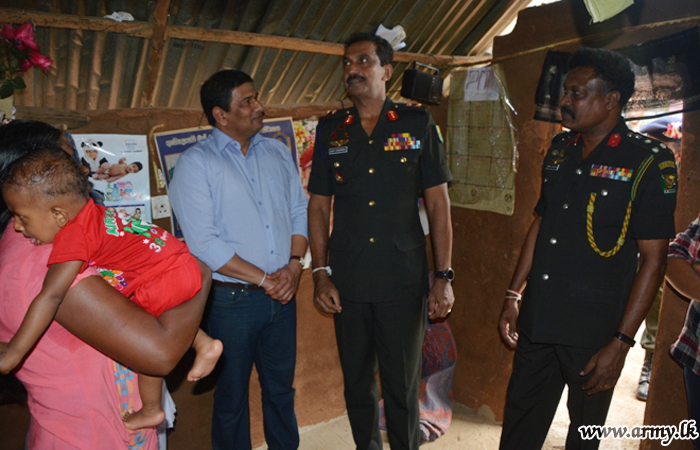 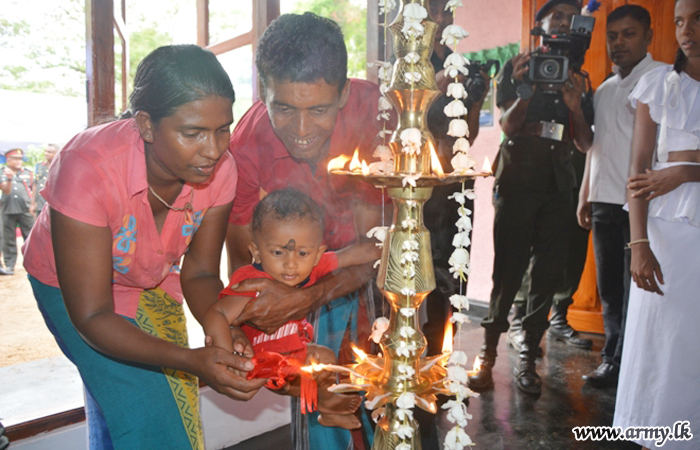