Officer Cadets of Intake 89, 89 (B), 90, 60 (volunteer) and Lady Intake 17 (volunteer), including three foreign Officers (Zambia, Rwanda, Maldives) under training at Diyatalawa Sri Lanka Military Academy (SLMA) as a special segment of their training curriculum called on General Shavendra Silva, Chief of Defence Staff, Commander of the Army and Head of the National Operations Centre for Prevention of COVID 19 Outbreak (NOCPCO) this morning (25) at the Army Headquarters.

Those Officer Cadets, including Lady Cadets as an essential part for their preparation for the final presentation at the SLMA before commissioning interviewed the Commander of the Army on the theme, ‘Rise of Taliban in Afghanistan and its Spillover Effects to South Asia Region’s Extremism and Terrorism’. They also were instrumental in gathering inputs from the Commander’s practical approaches towards containing the virus transmission in the country and how he mobilized armed forces to sustain the island-wide control and the vaccination drive. They also had the privilege of seeking answers to several of their queries in relation to military roles and career prospects.

The Army Chief also underlined the importance of discipline as an own mirror to the career which would be admired and appreciated by the society. Strategic thinking, decision-making and operational capabilities, nation-building roles, loyalty and integrity and also the government's all-out eradication mechanism against the spread of COVID-19 are part and parcel of the whole spectrum of duties at present which should always be borne in mind. He also briefed them how the military as the country’s biggest manpower functions and its different wings as well as their role and tasks.

Those Officer Cadets are expected to receive their commissions shortly in the customary passing- out parade at Diyatalawa. 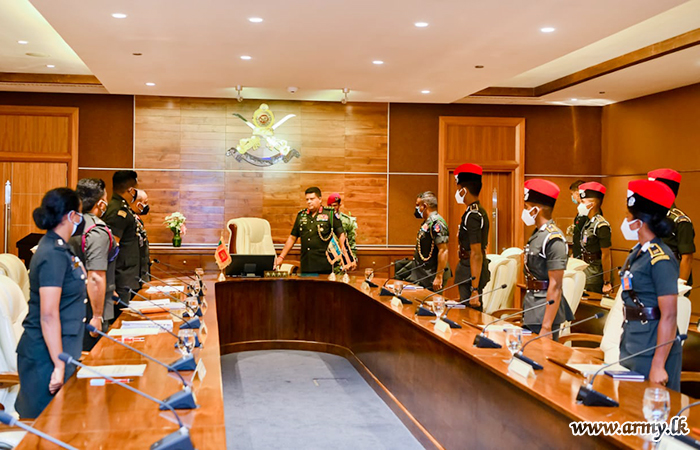 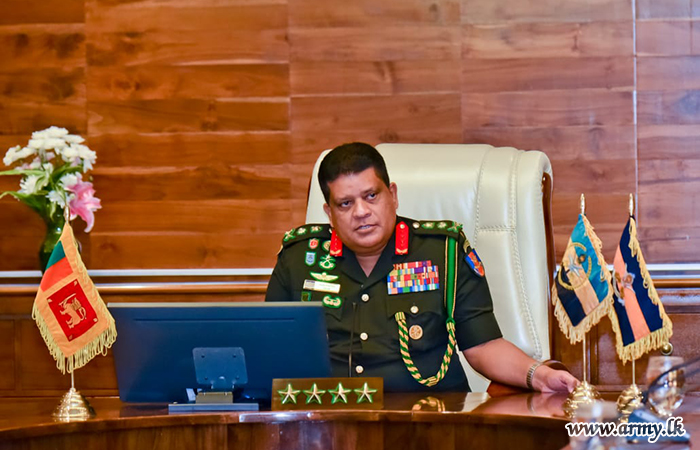 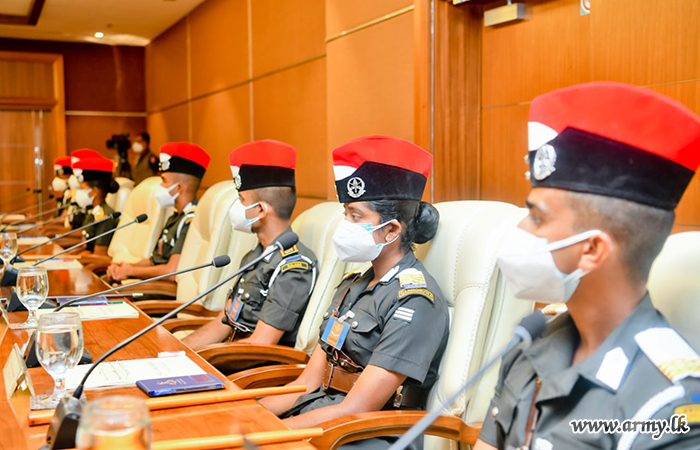 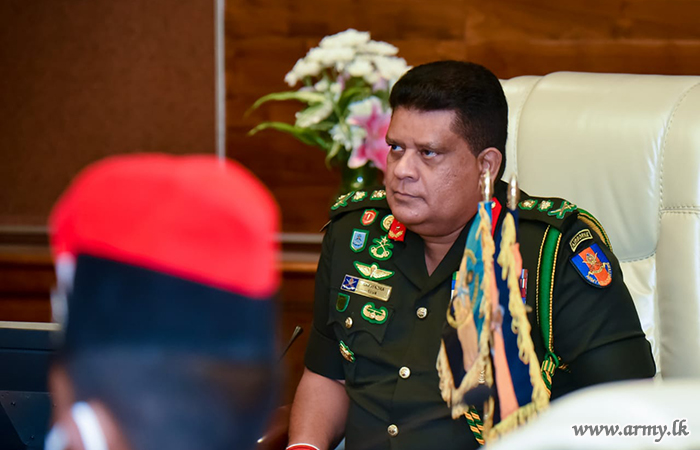 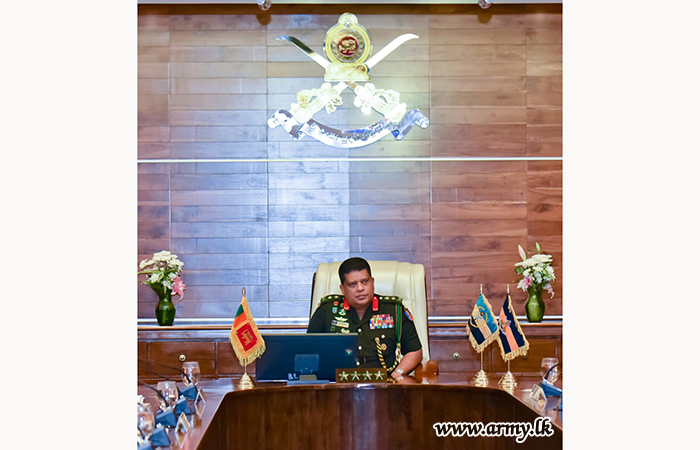 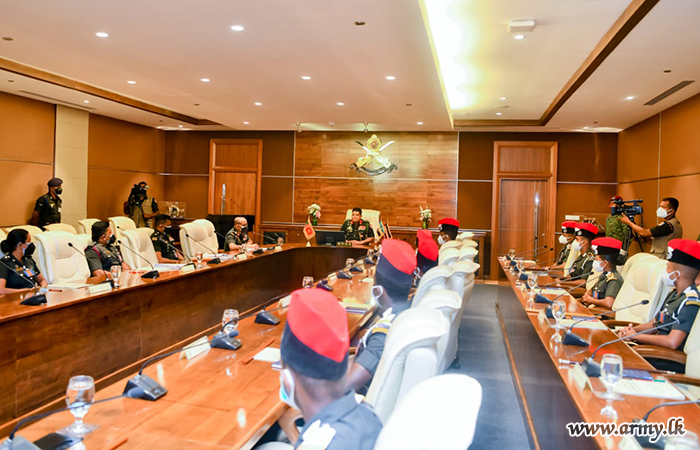 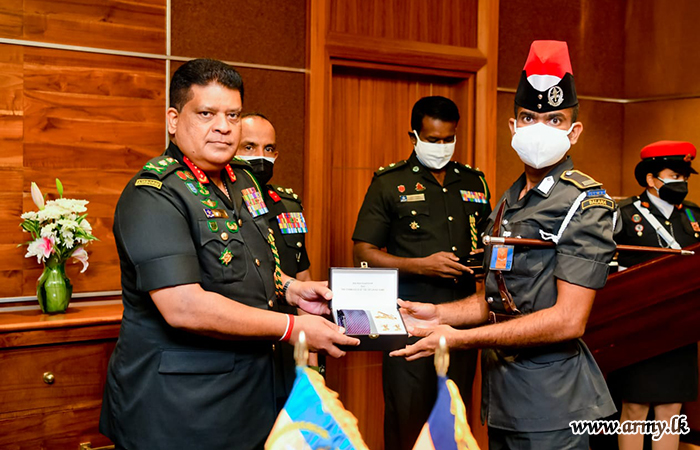