The follow-up of the previous night’s Pirith chanting ceremony at Panagoda Sri Bodhirajaramaya took place Sunday (9) forenoon where members of the Maha Sangha were offered both Heel Daana and alms in the noon.

In accordance with traditions, soon after the overnight chanting was over, members of the Maha Sangha were invited to the alms hall and offered breakfast by senior officers of the organization. Later, 100 Buddhist monks after conducting them in a procession to the main hall, were offered lunch (Saangika Daana) as the final segment of the religious ceremonies. 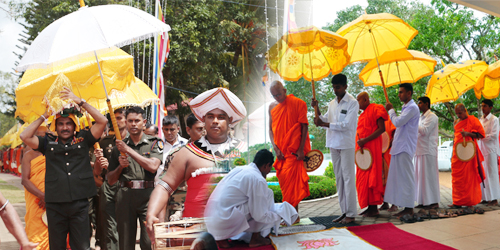 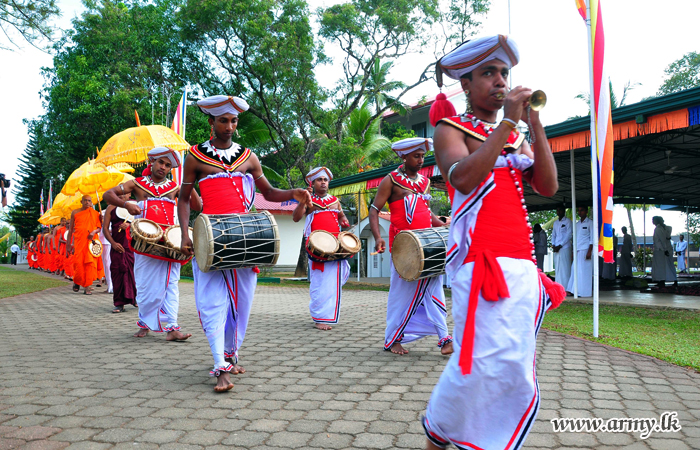 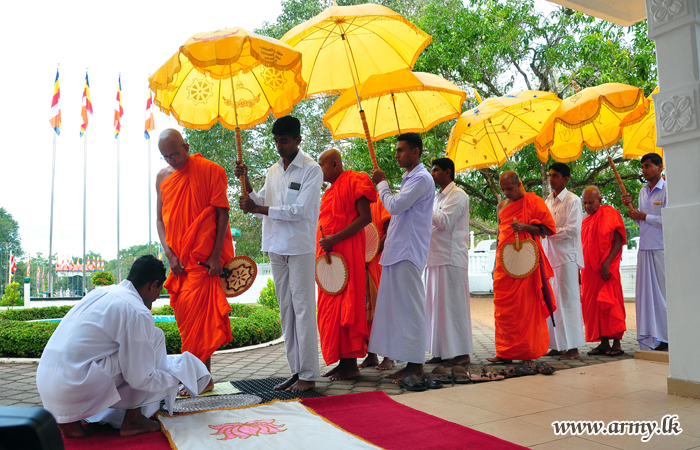 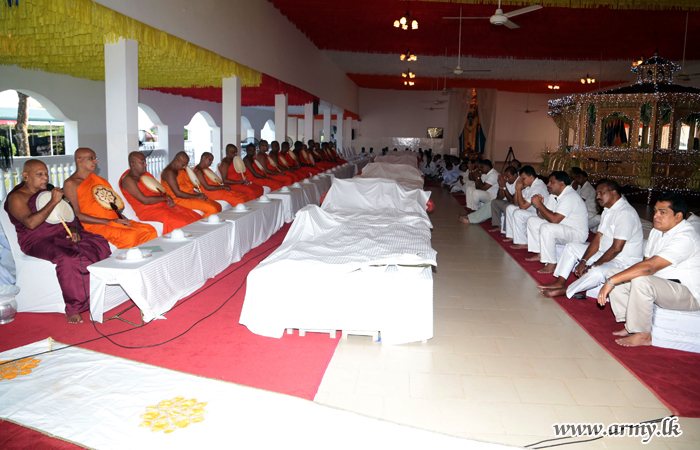 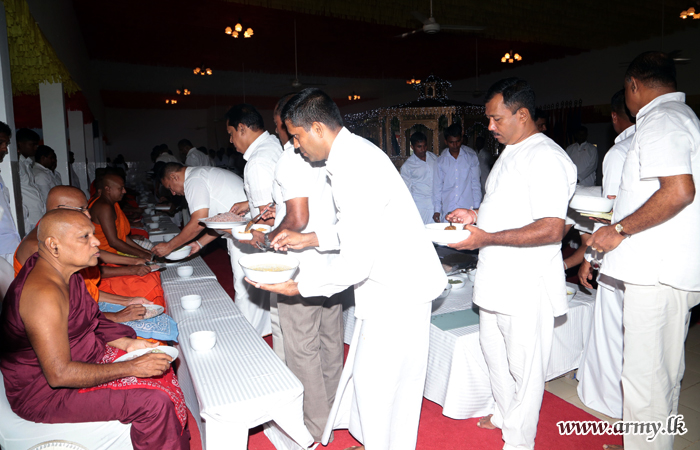 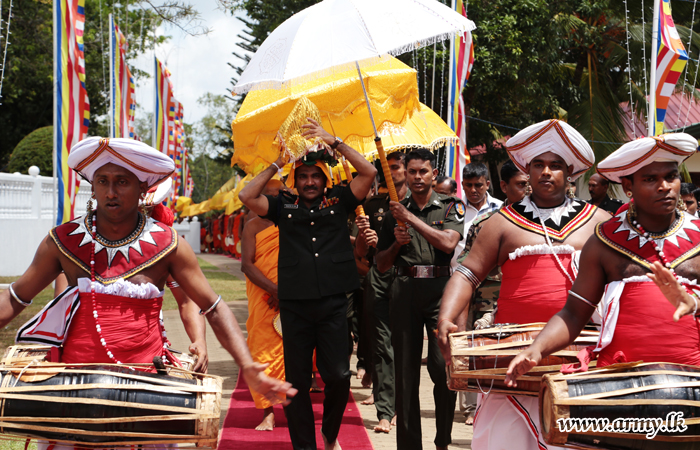 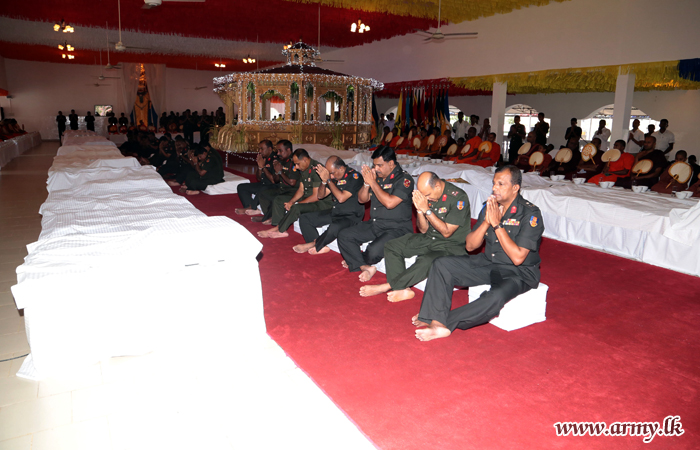 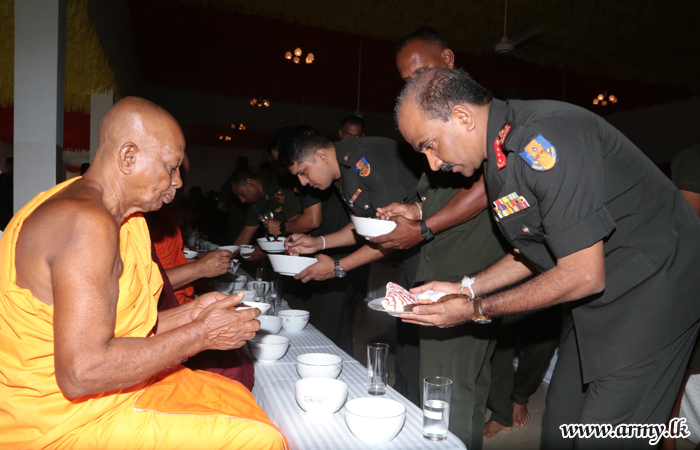 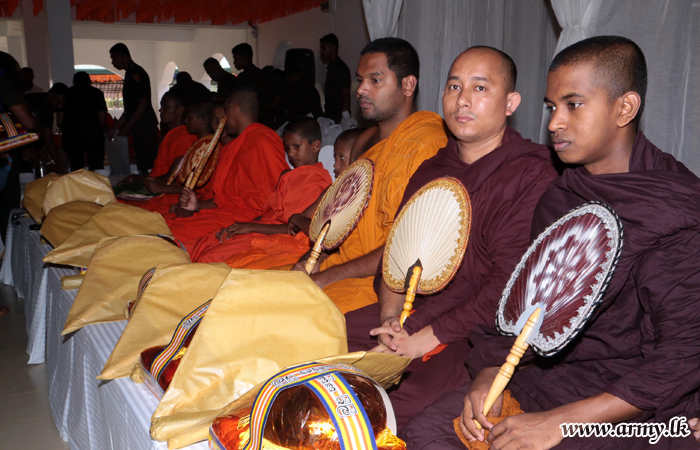 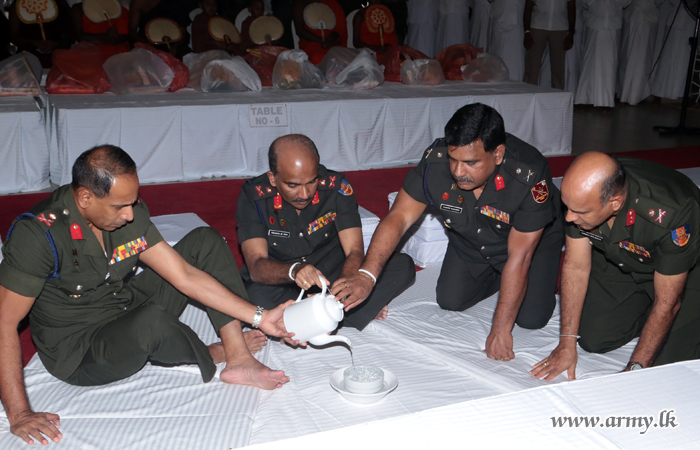 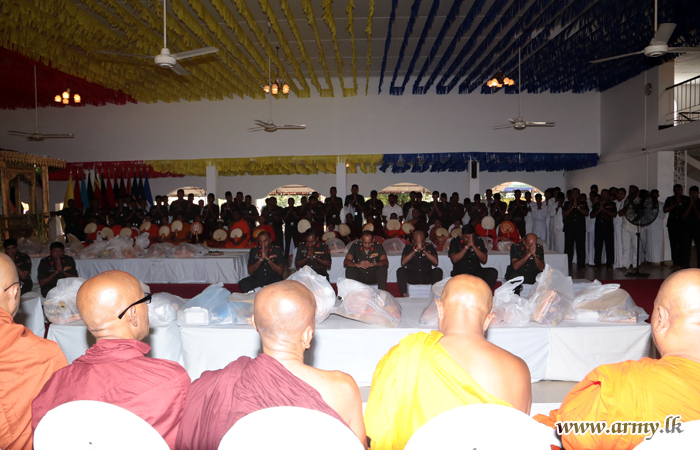