A special cultural programme was staged at the open cinema ground at the Officer Career Development Centre (OCDC) at Buttala on Saturday (8) soon after the customary delivery of the Poya Day sermon.

The programme was launched in order to refresh the minds as well as to develop spiritual and cultural values and attitudes of student officers. It was held with the participation of the OCDC Commandant, Major General Jayanath Jayaweera and members of the permanent staff.

Major Nandana Senevirathna, a member of the Directing Staff conducted the cultural session in combination with traditional dancing features presented by a group of Gemunu Watch troops.

Major Nandana presented the session with historical facts and the roots of those traditional dance patterns.

A 13-member dancing team performed ‘Thelme’ dance which is performed for Dolos Deviyan (Twelve Gods), ‘Asne’ dance which is one of the main ‘Kohomba Kankariya’ devil dances, and a low-country dance called ‘Naga Raksha’ (Cobra Mask). The picturesque evening finally culminated with a display of the ensemble of drummers. 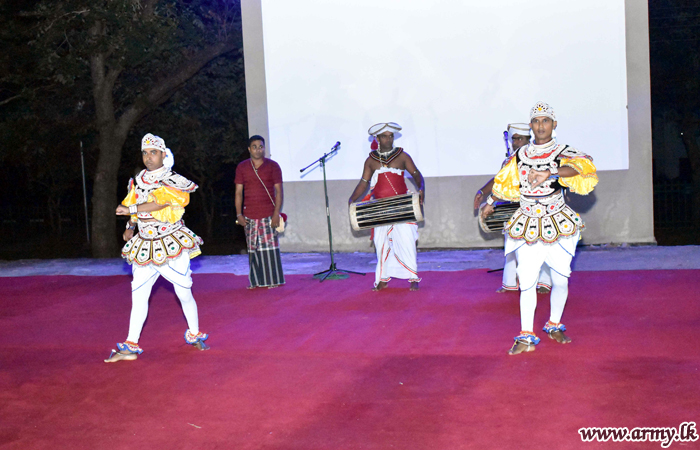 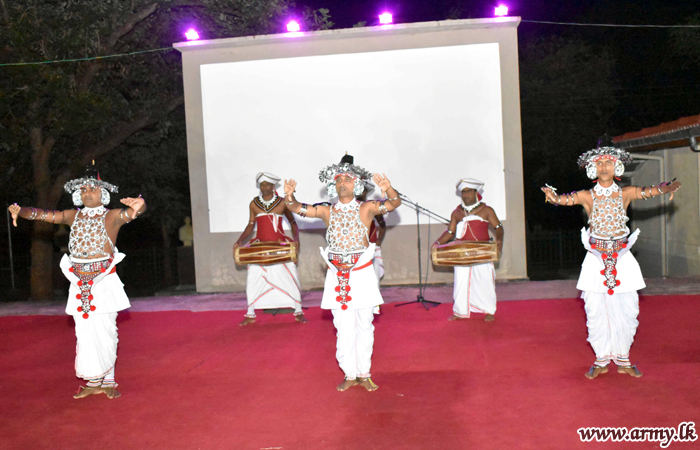 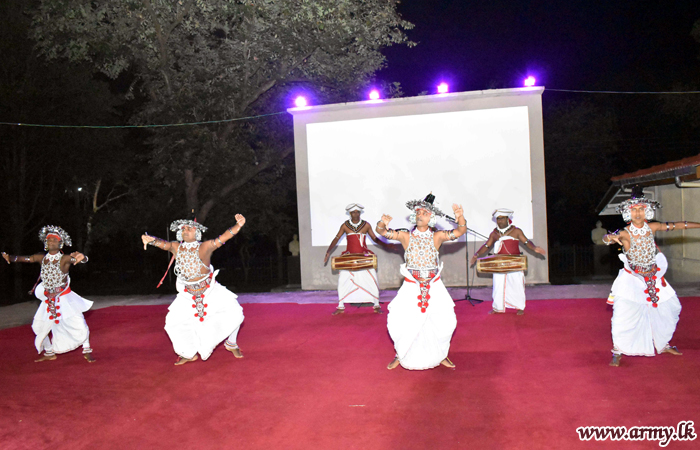 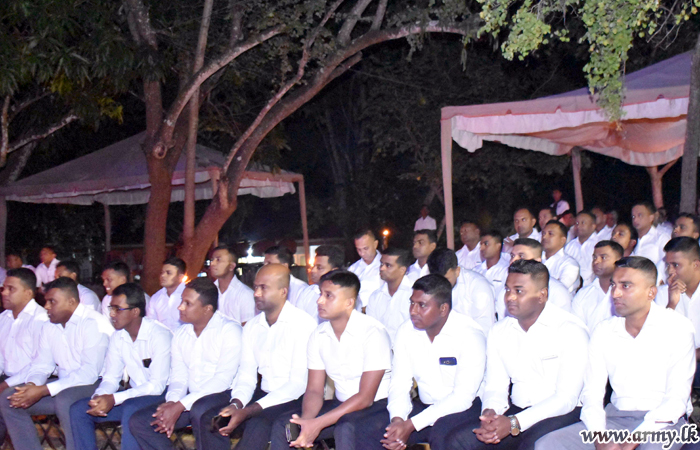