Troops under command to the 12 Division of the Security Force Headquarters - Central on the directions of Major General Keerthi Costa, Commander, Security Forces - Central are currently engaged in flood relief roles in the areas from Moneragala to Hambantota after heavy rains and stormy winds affected more than 314 members of 69 families and nearly 70 houses.

A total of 64 houses were found partially damaged while five houses had been reduced to rubble due to cyclonic winds and gushing flood waters. Troops with the support of state agencies evacuated them to safer places and hurriedly attended to the repairs of those houses with the help of Disaster Management Centre officials. Those programmes are still underway on the guidelines being given by the General Officer Commanding, 12 Division and respective Commanding Officers.

Troops across the island are now on alert to respond to emergency flood relief measures on the instructions of Lieutenant General Shavendra Silva, Chief of Defence Staff and Commander of the Army as inclement weather conditions with overflow of many major rivers and gushing winds have been reportedly causing havoc and disrupting normalcy in some low-lying areas in the country.

Troops of 3 SLSR of the 112 Brigade of the 11 Division assisted a family-affected by a landslide in Nuwara Eliya Divisional Secretariat area on Tuesday (19).

The family has three females, two males and four kids and all of them were housed in a safe place by the troops with the assistance of government officials for safety.

In the meantime, 3 Sri Lanka Sinha Regiment (SLSR) troops of the 111 Brigade under command to the 11 Division of the Security Force- Central offered their multifaceted emergency assistance to flood-affected villagers in Gampola area on Wednesday (20).

Similarly, on Saturday evening (16), 8 Sri Lanka Sinha Regiment (SLSR) troops of the 611 Brigade under the 61 Division of the Security Force Headquarters - West rushed to Kegalle area and assisted a rescue operation underway in search of a woman buried under a mound of earth after her house was reduced to rubble in torrential rains.

However, troops uncovered the dead body of the woman afterwards with the help of her family members and other villagers who were supporting the rescue operation.

In the meantime, 20 Sri Lanka Sinha Regiment troops of the 613 Brigade in Matara under command to the 61 Division of the Security Force Headquarters - West assisted clearance of premises in flood-damaged houses and affected main roads on Sunday (17).

Troops offered their support for repairs of 34 damaged houses in Elpitiya in Galle district under the supervision of 613 Brigade Commander. 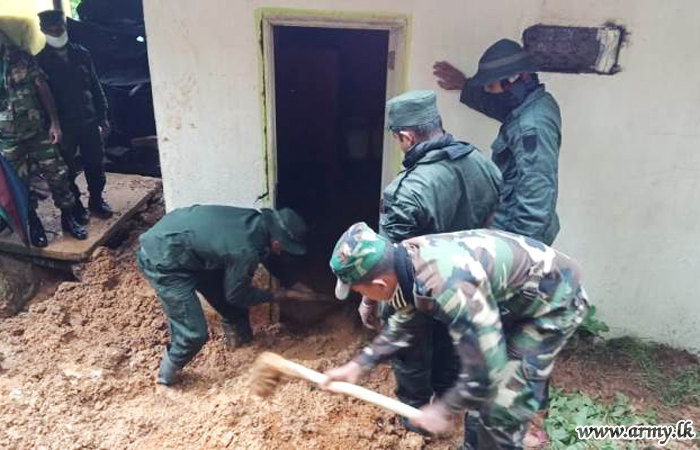 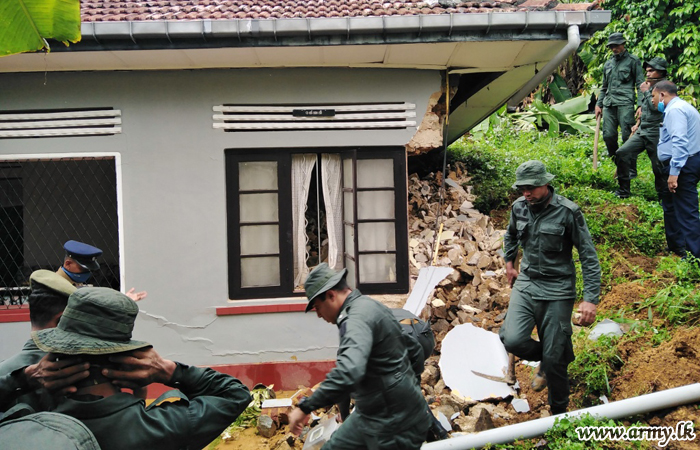 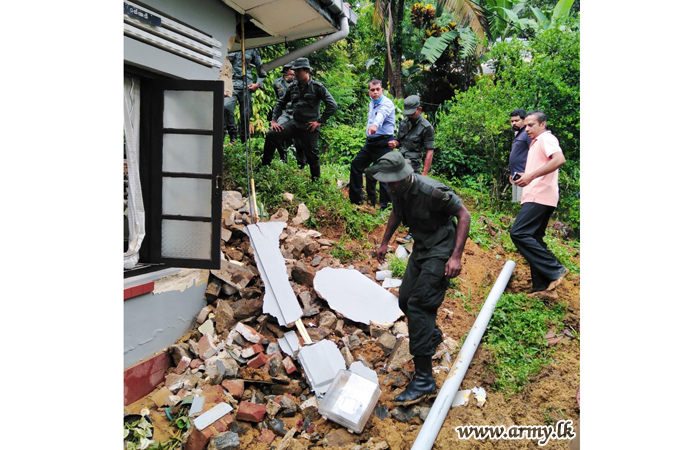 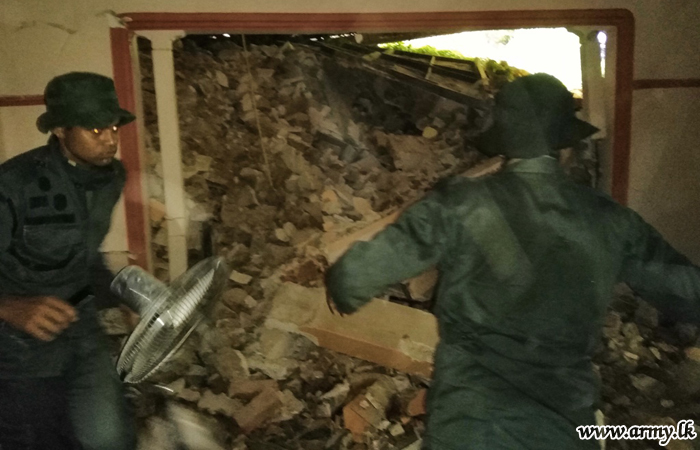 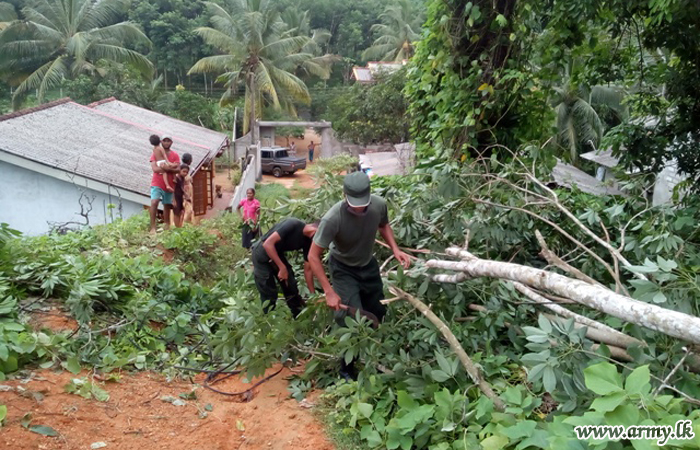 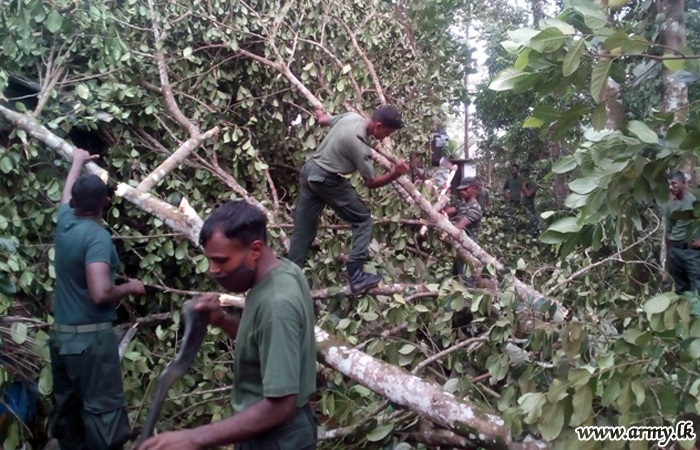 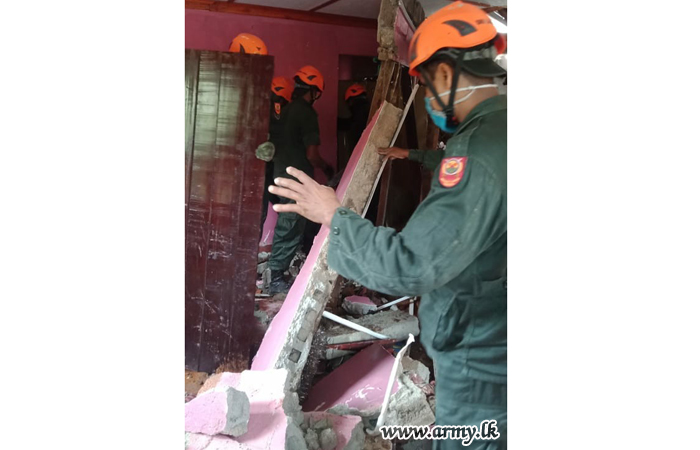 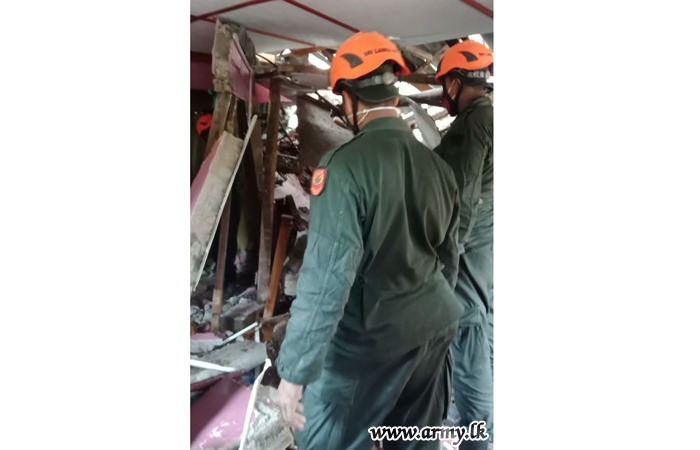 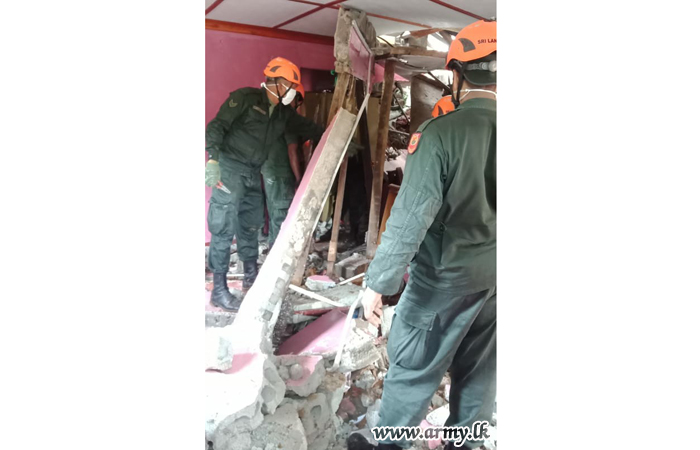 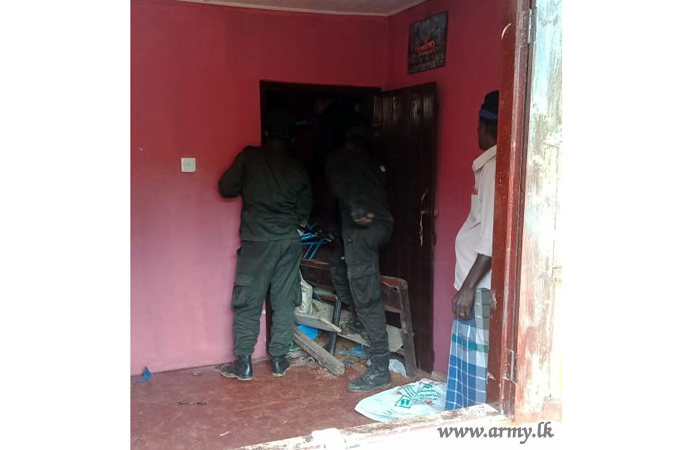 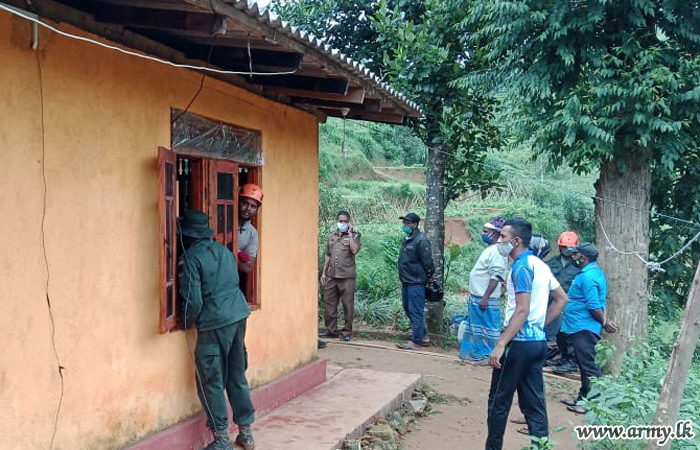 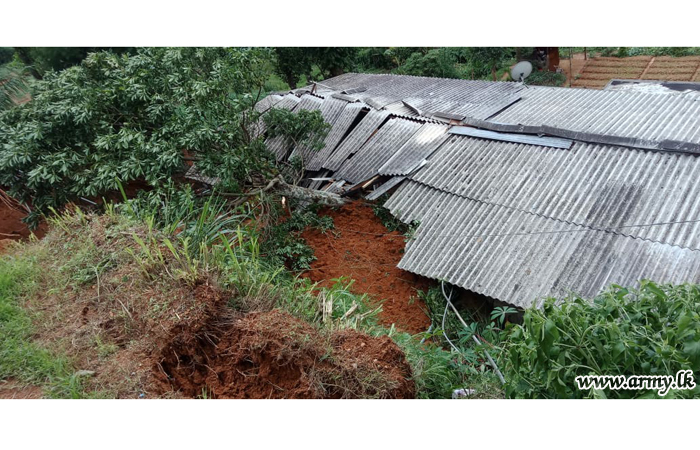 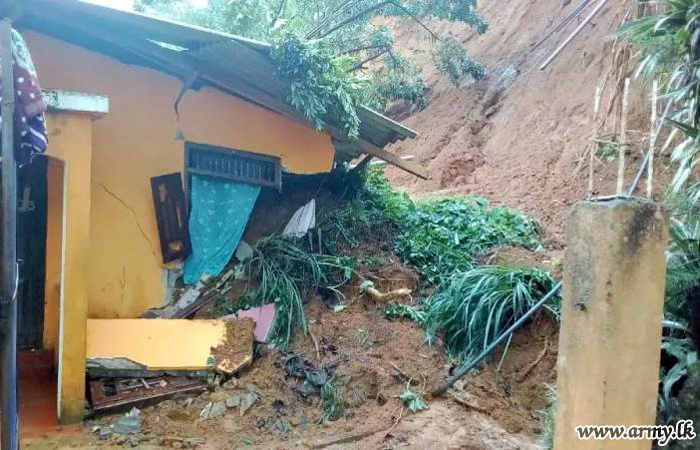 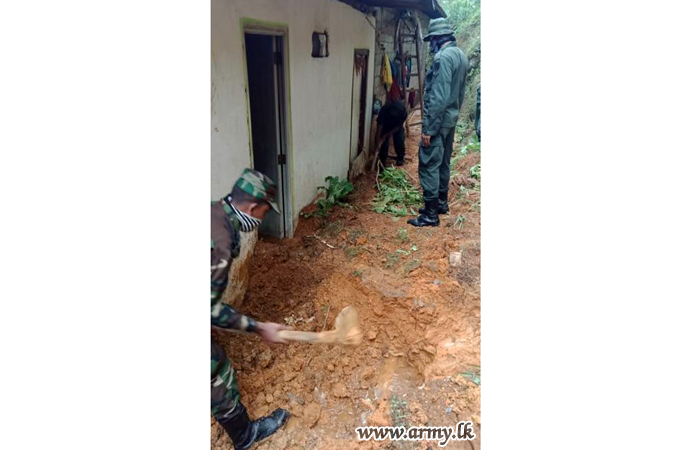 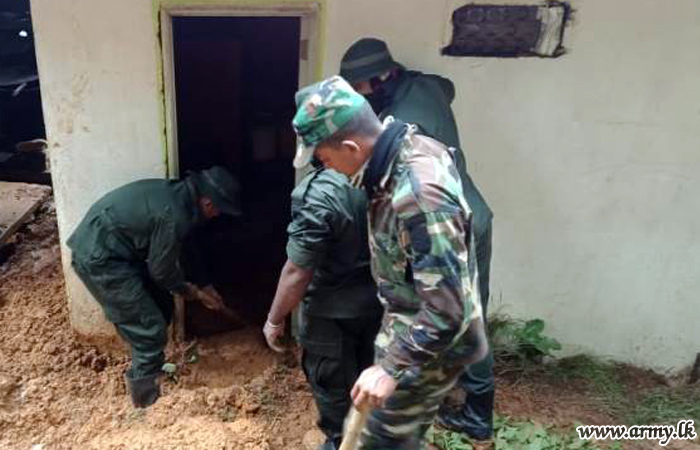 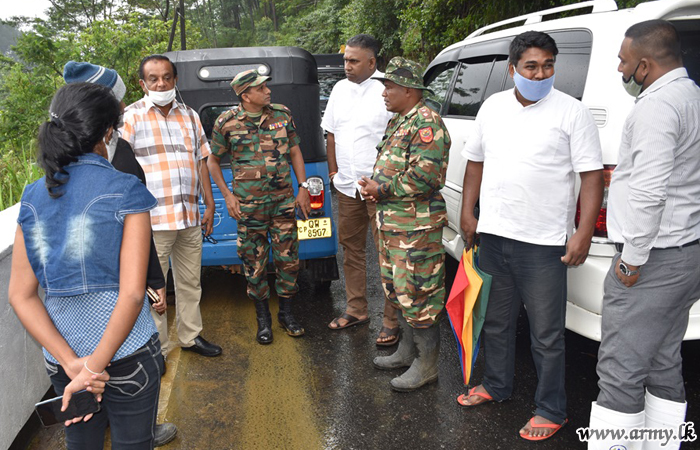