Both the Commander of the Army Lieutenant General Silva and the visiting Colonel Sajjad Ali during cordial discussions acknowledged sound and friendly relations that exist between both military organizations for so many years.

Lieutenant General Silva also recalled the support the Pakistan Army lent during the critical phases of the humanitarian operations in the Wanni before May in 2009. He also thanked the Pakistan Army for offering many training opportunities for members of the Sri Lankan armed forces and other logistic requirements as a true neighbour in the region.

Colonel Sajjad Ali conveyed the best wishes to the Commander for his new appointment and assured the Pakistan Army’s continued support to the Sri Lankan Armed Forces.

At the end of the cordial meeting, both of them exchanged mementos as symbols of friendship and understanding. 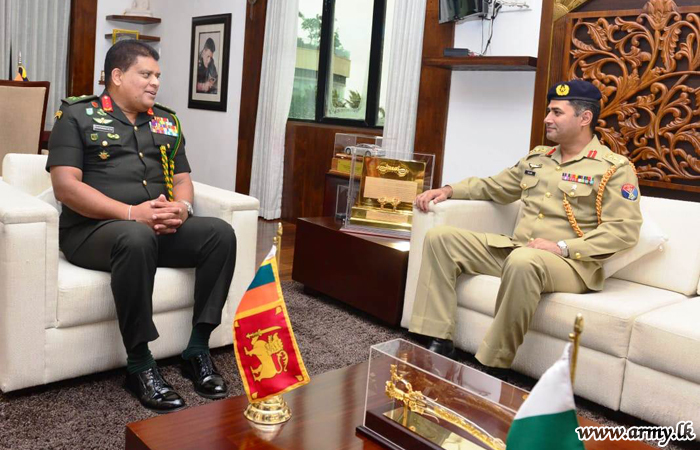 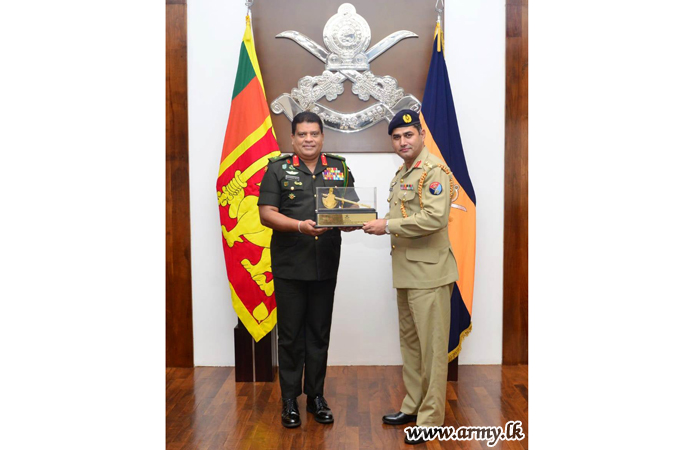 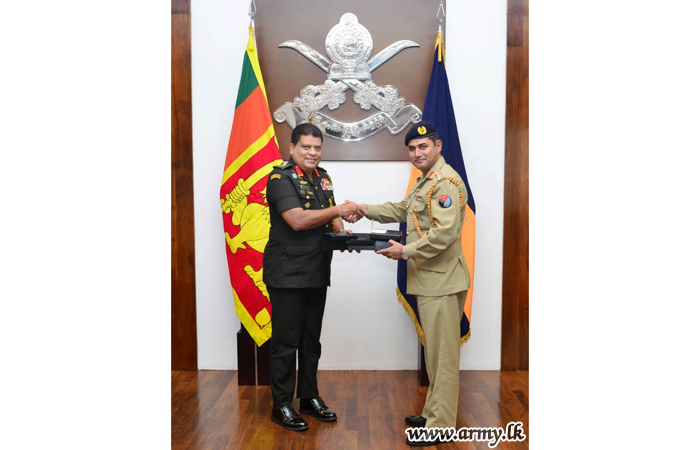