The final edition of the first-ever ‘Army Commander’s League-T 20’, T-20 cricket tournament that selects best of the best cricketers to the national pool in keeping with the ‘Live with COVID-19’ notion, suggested by Lieutenant General Shavendra Silva, Chief of Defence Staff, Commander of the Army and Head of the National Operation Centre for COVID-19 Outbreak (NOCPCO) got underway this afternoon (17) at Sri Lanka Army cricket ground at Dombagoda, adhering to strict health guidelines.

Creating refreshing hopes for T-20 series, DIMO Pvt Ltd-sponsored ‘Army Southern Warriors,’ captained by the Army national player, Dinesh Chandimal emerged Champions pushing ‘Super Fashions’ Panadura-sponsored ‘Army Northern Warriors’, captained by the Army national player Seekkuge Prasanna to be the runners up in the League. ‘Army Northern Warriors’ captain, Seekkuge Prasanna was hailed as the Man of the Series, Thisara Perera as the best bowler while the Army Southern Warriors’ Suminda Lakshan was adjudged the Man of the final Match. Dinesh Chandimal was rated as the Best Batsman of the series.

Lieutenant General Shavendra Silva awarded trophies and incentives to all achievers and main sponsors of the tournament as the Chief Guest and congratulated them.

Sri Lanka Army with its over 500 national level sports personnel as permanent employees and many more on a part-time basis is the biggest organization in the country with such resources. It has maintained a superb sporting record over the years bringing glory and honour to the country at international level. Most importantly, 99 percent of the Army sports personnel come from rural villages.

This afternoon’s inauguration of the finals, graced by the Chief of Staff, Major General Jagath Gunawardena as the Chief Guest saw the cricketers being introduced to him after formalities, inclusive of the singing of the Army Song took place.

The day’s Chief Guest also gave a few Media comments on this maiden Super League at the end of the finals. Here follow those comments: 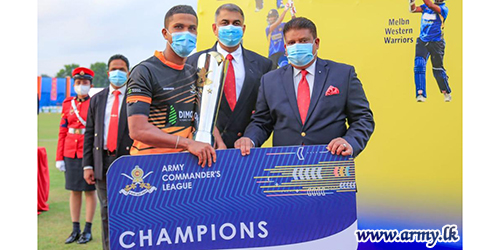 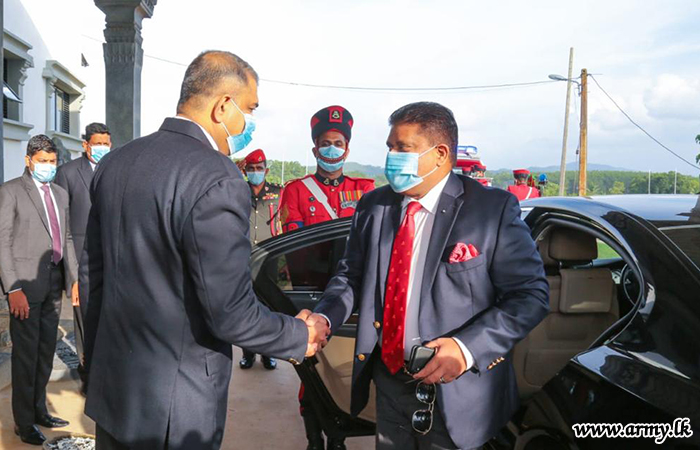 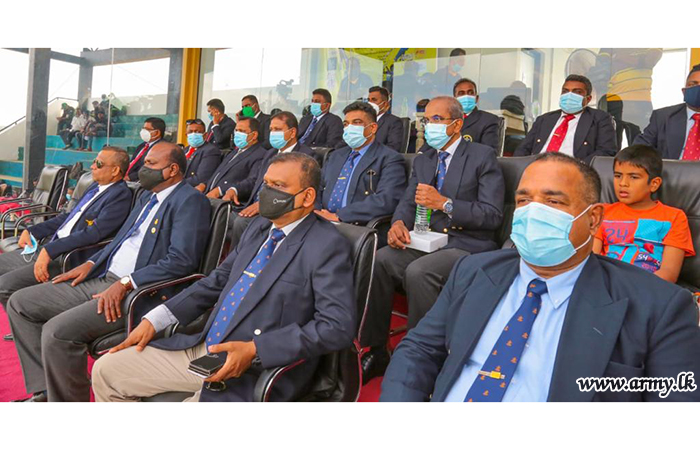 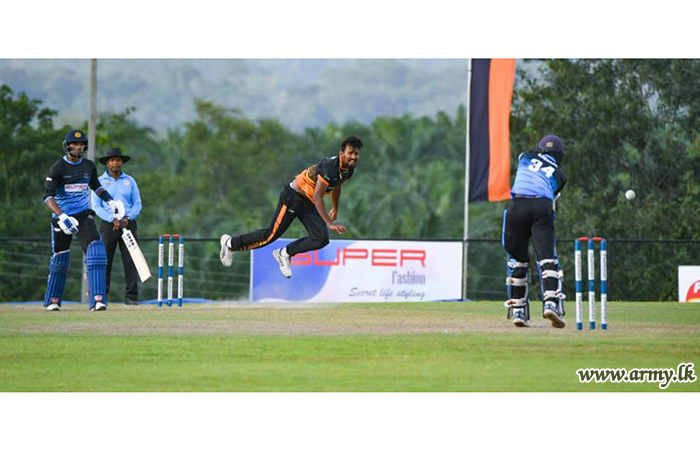 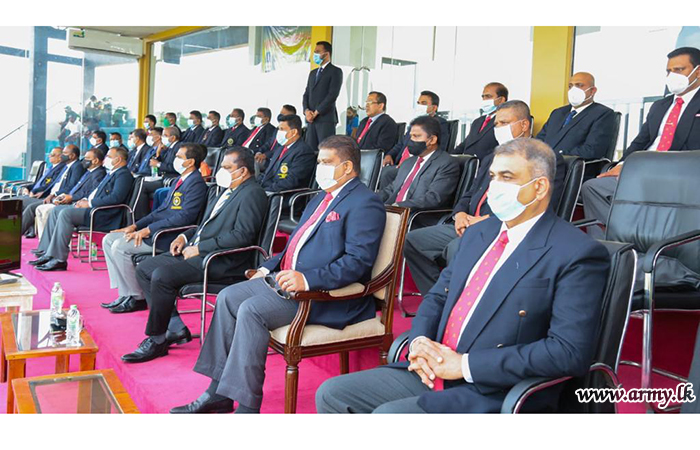 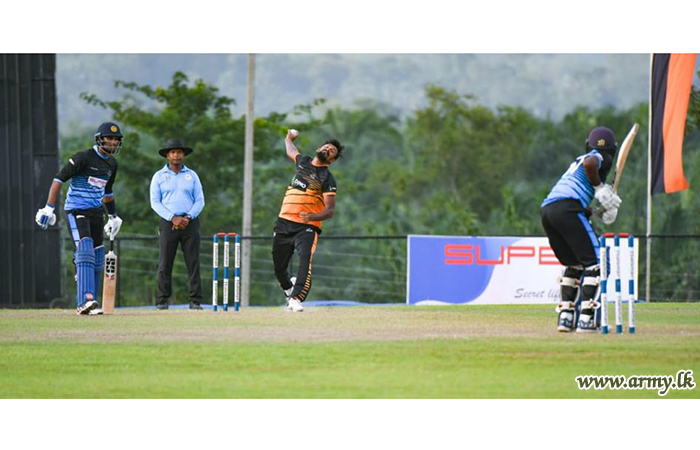 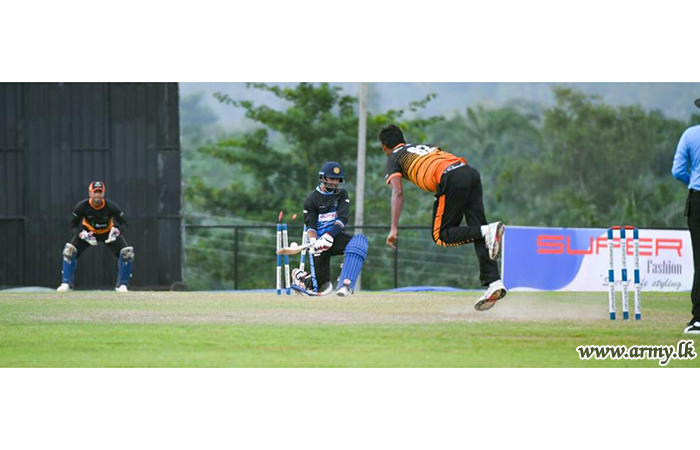 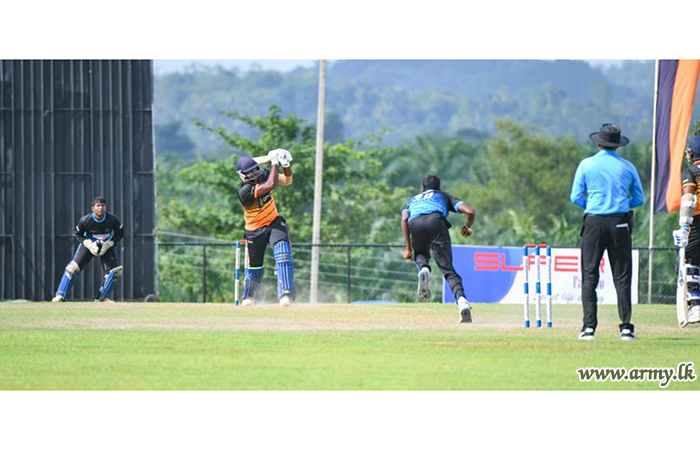 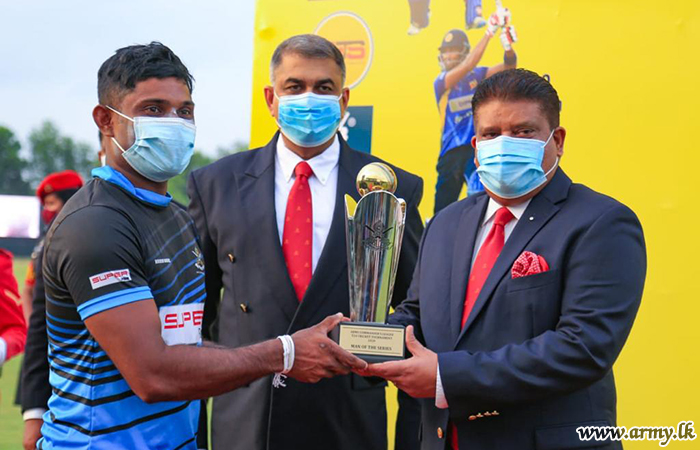 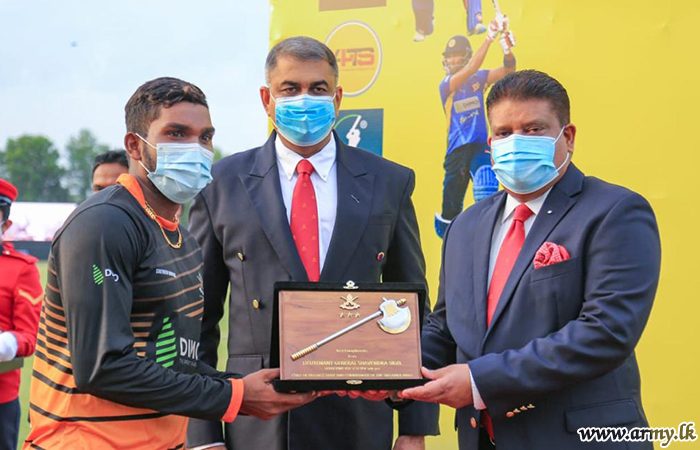 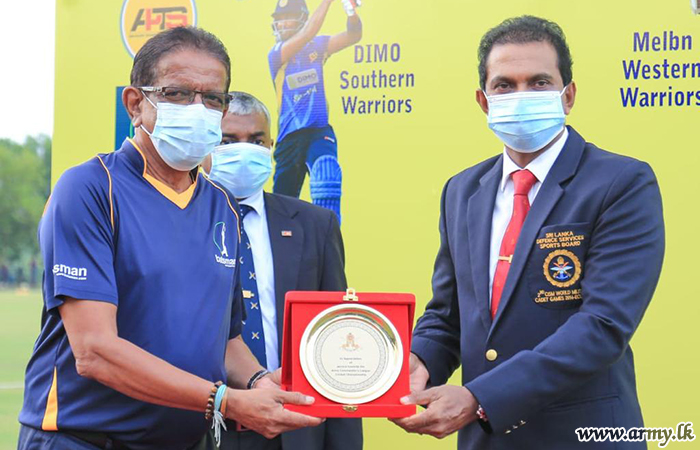 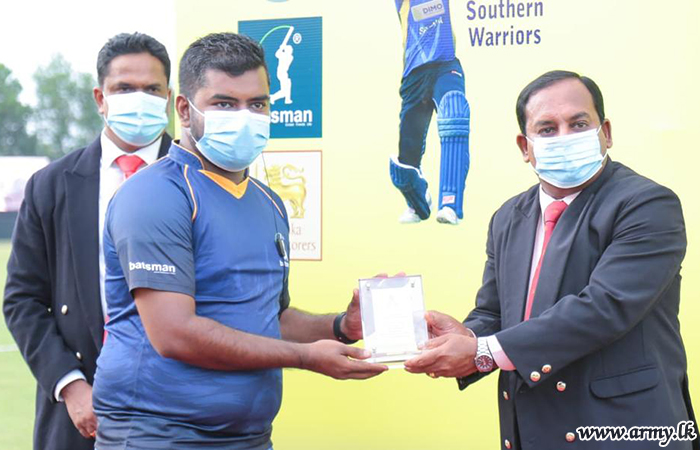 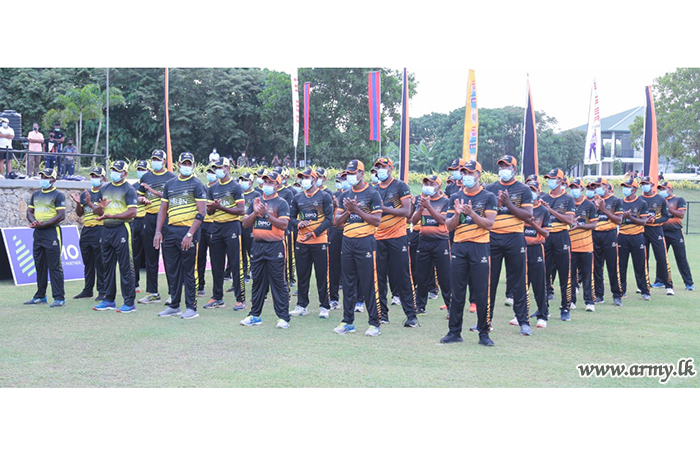 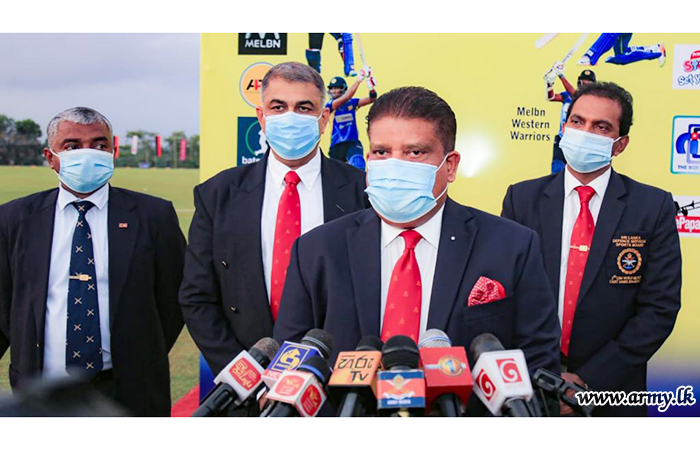