One more round of discussion and review meeting with National Operation Centre for Prevention of COVID- 19 Outbreak (NOCPCO) Task Force members got underway this afternoon (25) at the NOCPCO Rajagiriya, presided by General Shavendra Silva, Head of the NOCPCO, Chief of Defence Staff and Commander of the Army and Dr Asela Gunawardena, Director General Health Services.

General Shavendra Silva told Task Force members about removal of travel restrictions, effective from this morning (25) with the decline in COVID-19 positive cases being detected. However, he also explained restrictions that have been placed on public gatherings, weddings, parties, etc and underlined the need to sustain health guidelines.

He said that there could be a drop in the number of positive cases in the coming weeks as a result of measures that were implemented.

He also pointed out the detection of new variants across the country and imposition of isolation procedures that were placed on specific GN divisions. He also mentioned about the numbers of deaths across the country and updating of those statistics. In addition, conduct of PCR tests and Antigen tests was also taken up for review.

Touching on the ongoing vaccination drive, General Shavendra Silva said more and more Sinopharm vaccine stocks would be arriving soon enabling more and more people could be vaccinated. Talking about the Army-managed vaccination centres in Colombo, Gampaha and Kalutara, NOCPCO Head explained how the vaccination at leading apparel factories are covered.

Already apparel factories in Koggala and Seethawaka have been covered and apparel industries at Kilinochchi, Mullaittivu, in the North and East would follow. He also explained about the vaccination strategy being applied and how vaccination is done elsewhere.

On the instructions of the President, the vaccination strategy is to be coordinated with government agencies and other state officials for better implementation of the project.

In view of future requirements, all island-wide hospitals would subsequently open vaccination counters, he pointed out. He also touched on ongoing quarantine procedures and the conduct of ICCs. 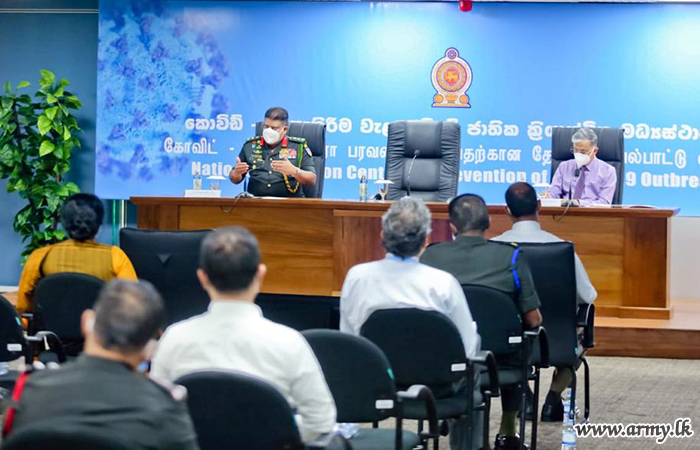 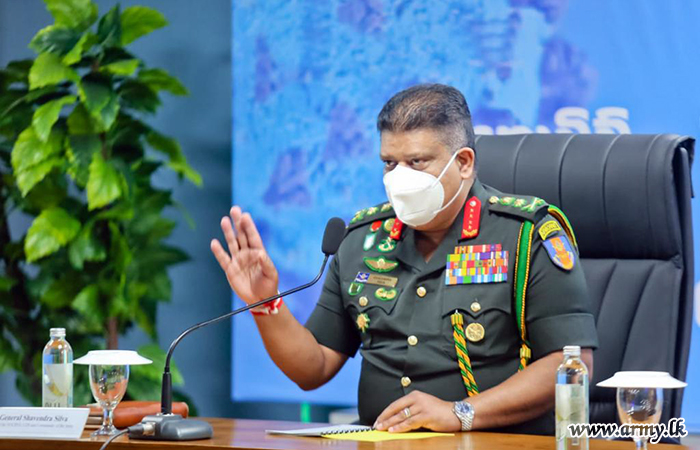 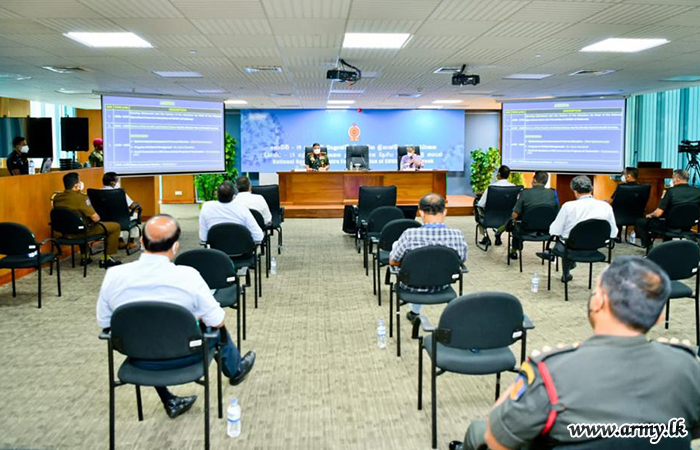 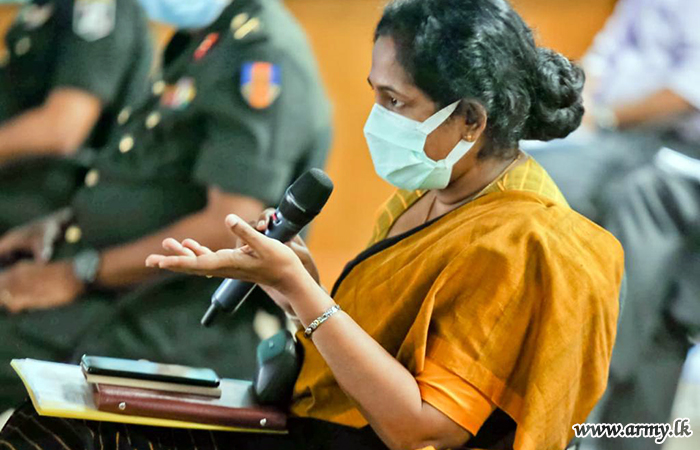 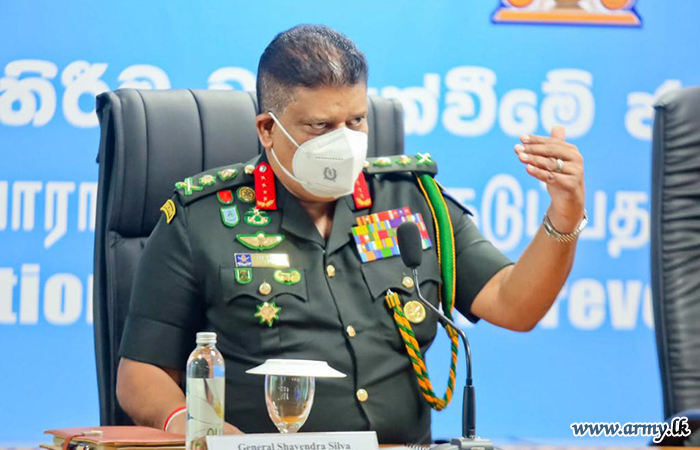 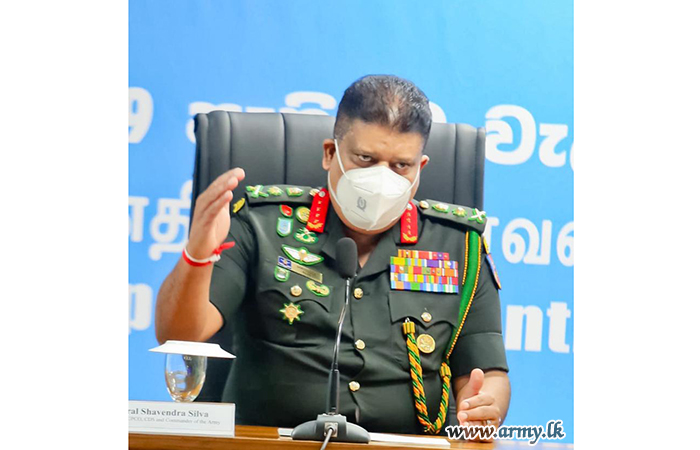 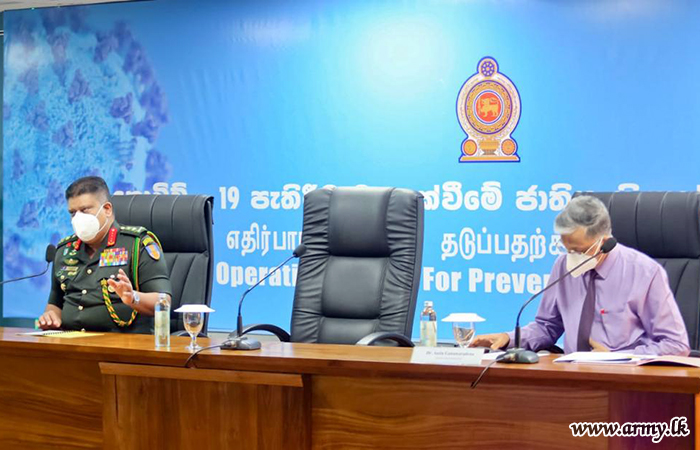 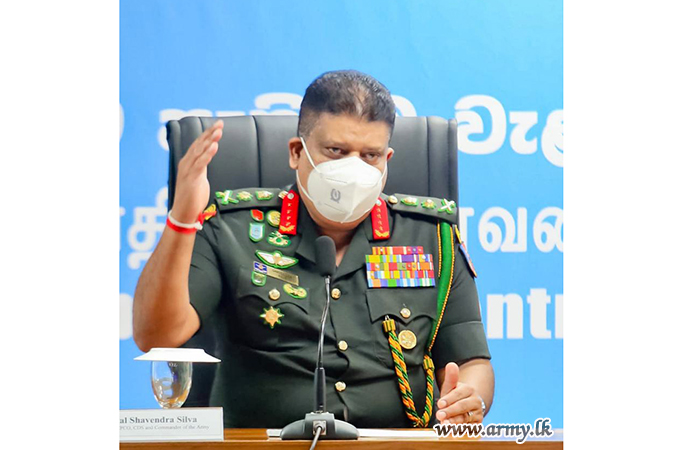 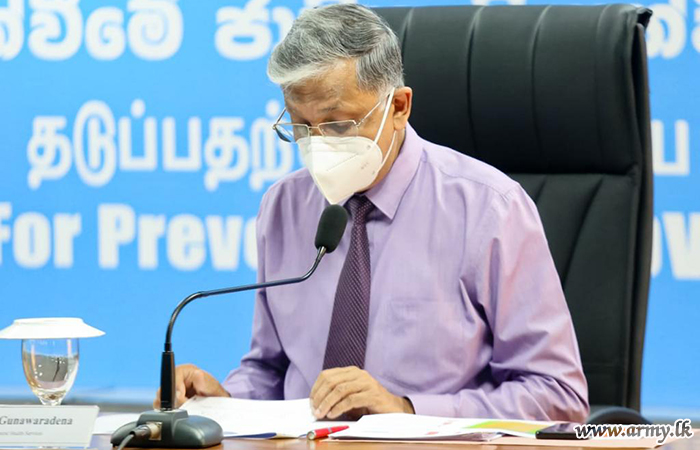 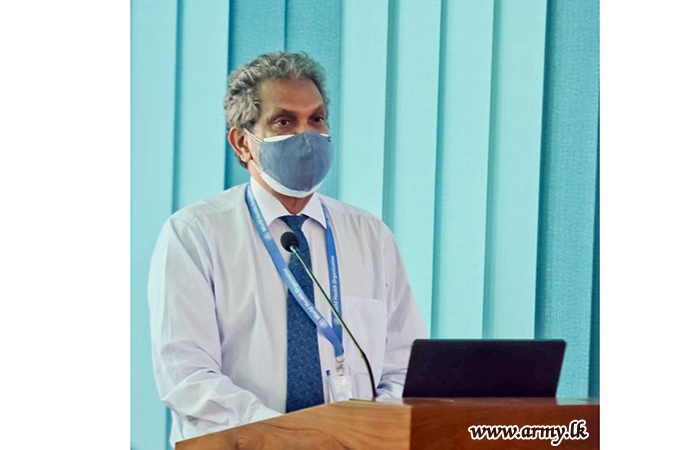