One more routine session of the Task Force of the National Operational Centre for Prevention of COVID-19 Outbreak (NOCPCO) on COVID-19, chaired by Head of the NOCPCO, Lieutenant General Shavendra Silva got underway this afternoon (17), attended by Medical Specialist and Acting Director General of Health Services, Dr S. Shridharan and a handful of experts and other stakeholders at Rajagiriya NOCPCO.

The meeting assessed the status quo, re-visited the updates, possible new clusters and overviewed the overall picture of the epidemic in the country. Lieutenant General Shavendra Silva welcomed the members of the NOCPCO Task Force and guests at first and stated the purpose behind the meeting. Discussions centred on the status of repatriation process and costs, incurred in each repatriation and procedures of those arrivals under proper authority. It also paid attention to decrease unwanted costs and benefits, being acquired by brokers from passengers in this critical second of our history.

Meanwhile, during today's discussion, arrangements related to proposed Bangladesh ODI team tour to Sri Lanka and Lanka Primer League cricket tournament were taken up for indepth discussions. It was agreed to have one more session with the Sri Lanka Cricket on the matter and get the final confirmation of procedures to conduct the Tournaments. Further, tourism promotion strategy with the onset of winter season in Russia was also discussed and importance of subjected tourists for PCR tests on arrival and the groups' 14-day self quarantining and repeated PCR tests, adhering to further health guildlines. Next, the stake-holders discussed about the vaccines for COVID-19's proper laboratory evaluation and decisions on vaccines.

Meanwhile, risks in public gatherings and their behaviours in violation of heath regulations and guidelines were also taken up for discussion. Matters related to upcoming book fair and precautions to be taken to avoid risks were also discussed focusing on such sort of events to minimize the risks. The Army Chief elaborated on the deployment of Sri Lanka Navy in the seas to prevent illegal infiltrations and domination of Army troops and intelligence troops to apprehend those elements.

Later on, Head of the NOCPCO in Media interactions warned concerned organizers of public gatherings to be alert to strict health guidelines although they have obtained permission for conduct of those events. "It is true that we don't have any infected cases in society but we must remember that there are infected expatriates still in hospitals after they were confirmed positive in PCR tests while in quarantine. There is a risk of transmitting the infection from them while in hospitals too. So keep those health precautions intact and help eradicate the threat. We have so far quarantined more than 41,000 persons in tri service-managed QCs and 6200 are continuing to be in quarantine," he pointed out. 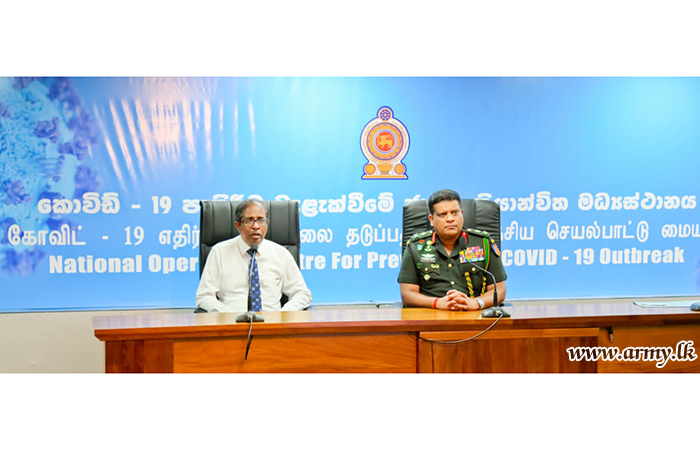 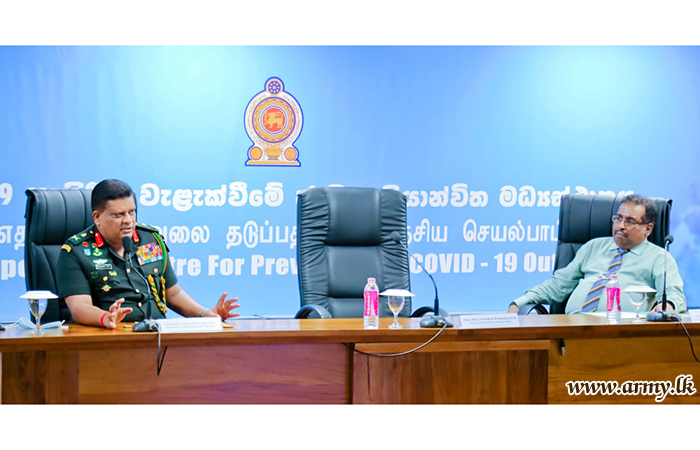 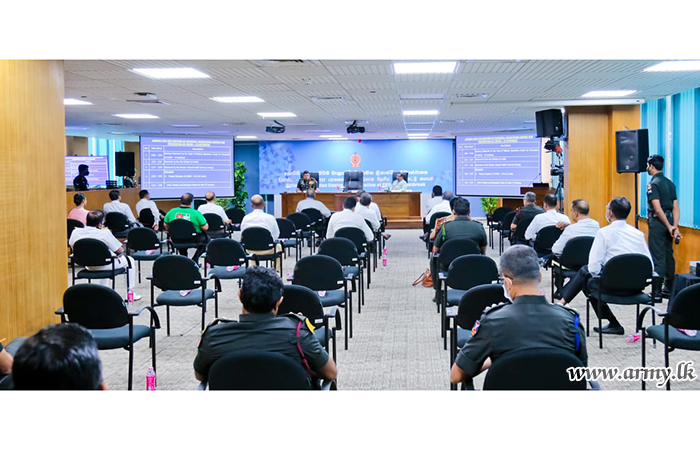 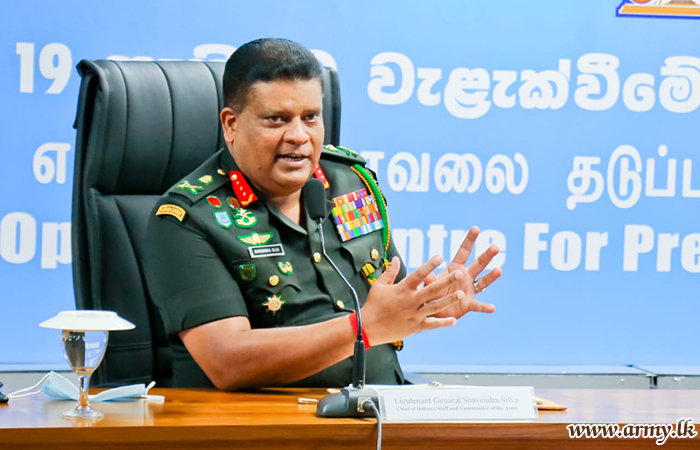 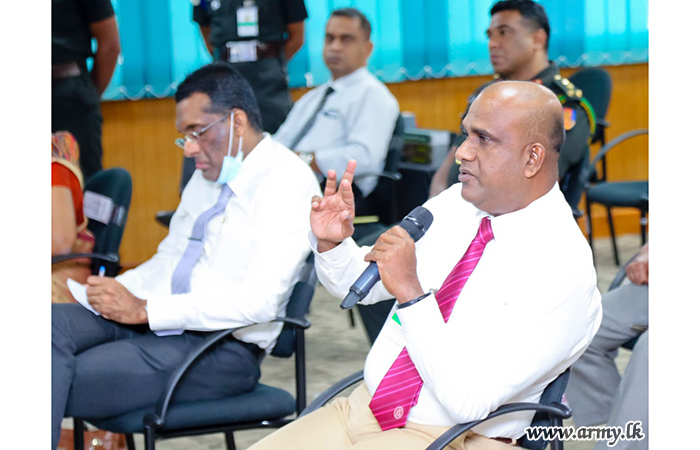 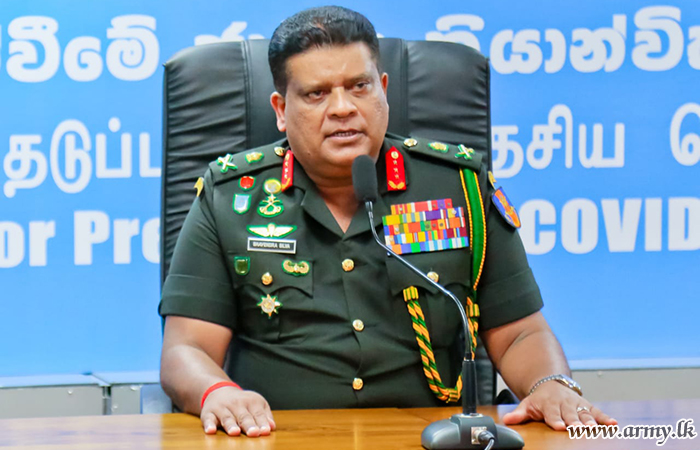 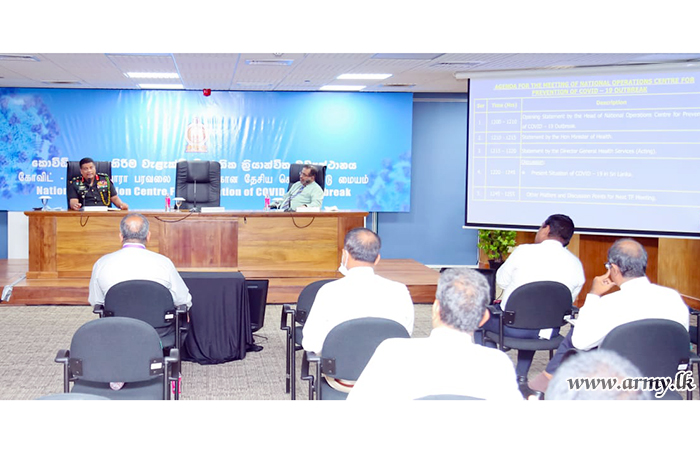 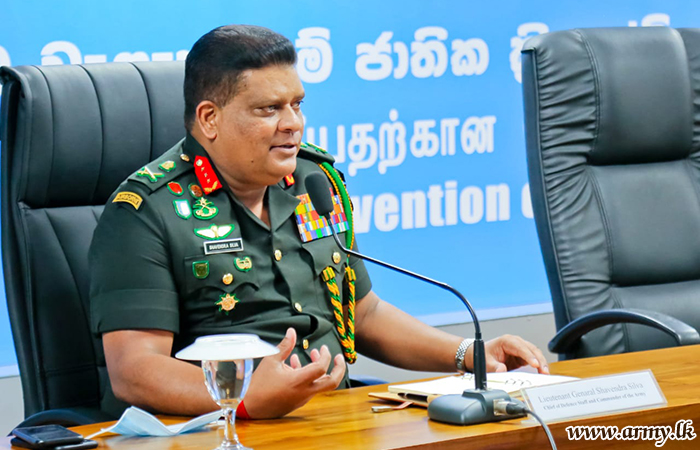 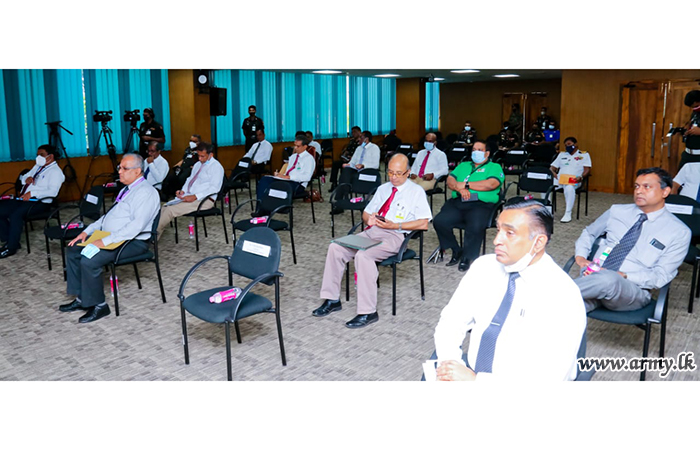 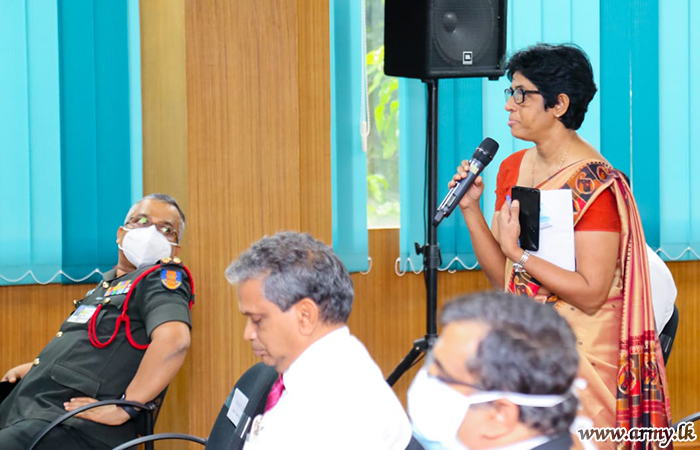 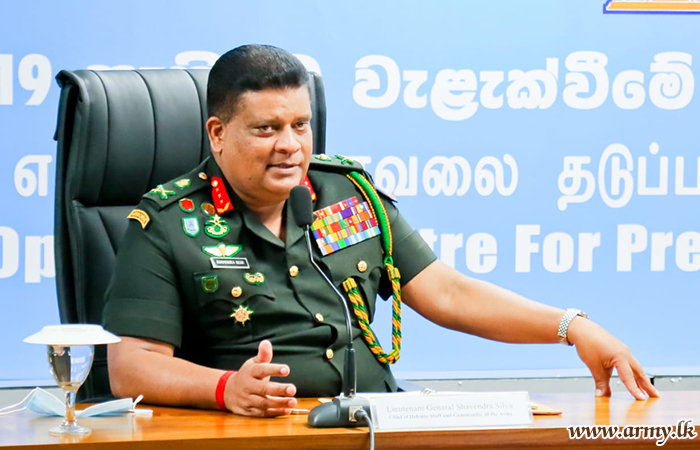