"No Outside Fraudulent Third Parties Should Be Tolerated or Given a Single Cent, "Gen. Shavendra Silva Clears the Air Speaking to Hotel Owners

"No any outside 'third party' if any, reaching you for accommodation of foreign arrivals in your hotels for quarantine purposes, should be given a single cent to get such openings as we have already managed to prevent some 'unscrupulous' elements who were resorting to such corrupt practices in the recent past after the 2nd wave broke out. We would not dare to tolerate such practices at the expense of the Army image since ours is a credible organization of the highest standards. What we want is to get those arrivals a fair deal with decent meals, full care and accommodation at the lowest rate possible," so declared General Shavendra Silva, Head, National Operation Centre for Prevention of COVID-19 Outbreak (NOCPCO), Chief of Defence Staff and Commander of the Army after inviting hotel owners/hoteliers/ hotel executives to the NOCPCO for a meeting on Tuesday (12) afternoon.

"Let me place on record at first our deep gratitude to Chairmen and Executives of Hotel Dolphin who volunteered to give their hotels free of charge for state officials, tri servicemen and other stakeholders for quarantine purposes even for a few days, no sooner than the decision for establishment of Quarantine Centres was proposed by HE the President early in March last year. Of course, the Hotel Citrus also offered their premises but we used only the offer of Hotel Dolphin during March-April in the formative stages. We are very grateful for such gestures and commend them for the concern they extended to us. Similarly, Jetwing group was generous to quarantine a group of 44 students at our request allocating 44 rooms after the 2nd wave struck us. There had been instances where 'interested parties' had approached hotelliers in the past, but there is no room, now left for any of those practices in your trade, " he underlined requesting that such attempts should be immediately brought to the Army notice.

"The Army does not have any personal agendas whatsoever and what we expect from you is the provision of decent meals and proper accommodation at reasonable rates to those checking in for quarantining. If you all can further bring down those rates, it is so much the better and I believe small hotels below 5-star level could certainly go for such reductions, "he urged.

The whole of the quarantine mechanism has many facets such as screening, airport formalities, transport, selection of state or paid quarantining, passage of medical staff, tri servicemen and other health workers to such locations, etc which is a daunting mechanism at work. "Preference was given to the hotels along the coastal belt from Negombo to Tissamaharama due to short distance and practical needs where both airports are located and more importantly, most of those arrivals expect to stay in nearby Hotels in this region for quarantining purposes soon after they land here sometimes during small hours of the day. At first, we expect the selected Hotels be fully filled to their maximum capacity and we have formulated the mechanism to that effect. However, as numbers began to rise, we selected you all and wanted you to ensure the best service for their money at lowest possible rates," he added.

Providing telephone numbers and particulars of several responsible Senior Officers, engaged in the Quarantining operations, General Shavendra Silva went on to quip, " If anyone is inconvenienced by so called 'third' parties pressurizing you demanding money or bribes for facilitation of those arrivals in your hotels, please ensure you directly get in touch with those nominated responsible Officers and inform them immediately with details. I reiterate firmly that you all should not at all give a single cent to any third party for facilitation of arrivals into your hotels. We are very transparent and accountable for all what our organization fulfills on behalf of the public and there are no hidden agendas behind our well-defined practices. Neither our troops nor our coordinating officers of high integrity would resort to such practices and tarnish the image of this organization at all. Therefore, please ensure any information as regards 'Army involvement' in such malpractices be brought to our notice at the earliest, "NOCPCO Head emphasized.

Explaining how allocation of hotels is done for this purpose, General Shavendra Silva also mentioned that certain selections were preferred due to compelling economic difficulties, humanitarian grounds and various other concerns they were facing as businessmen who earned foreign exchange to this country before COVID-19 struck the country. Hoteliers are also an essential community for the country's economic growth and we value your services all the time. "I urge all of you to give them the maximum possible relief by lowering the charges at this critical moment of our history," he concluded. 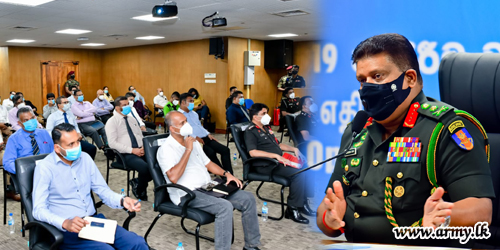 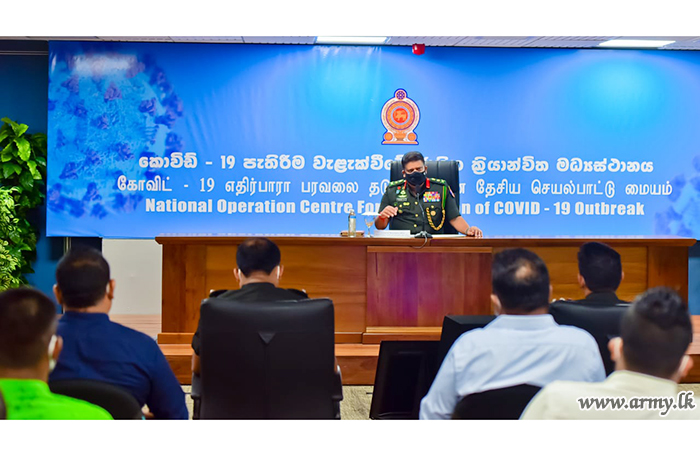 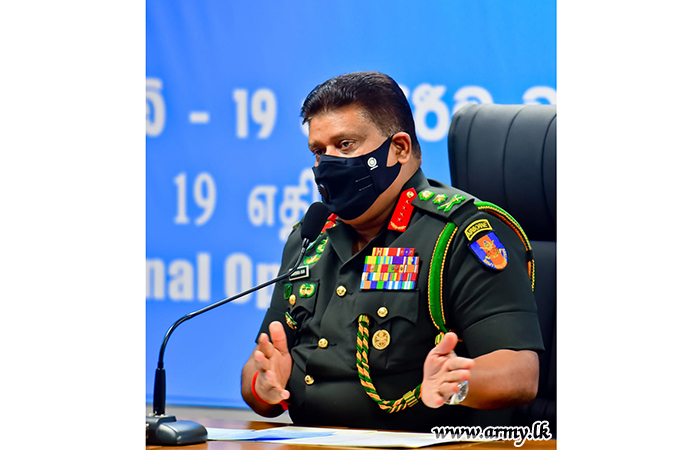 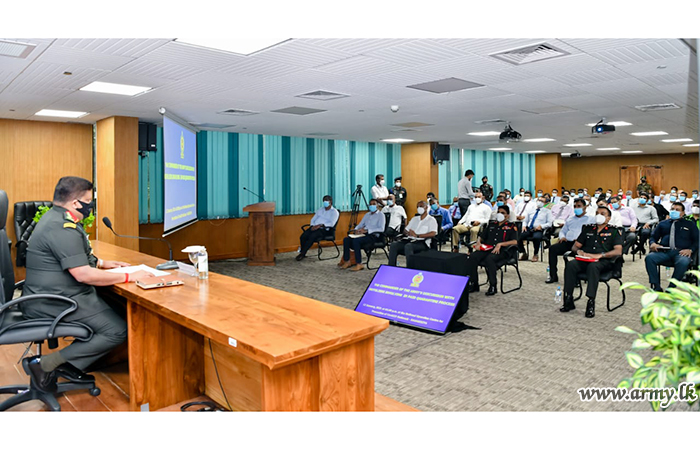 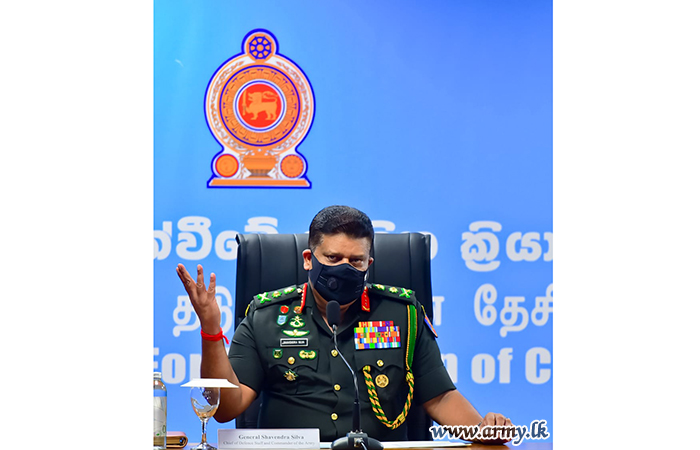 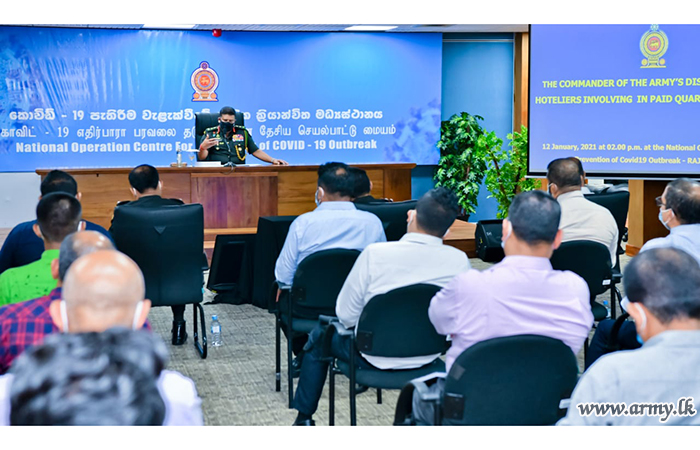 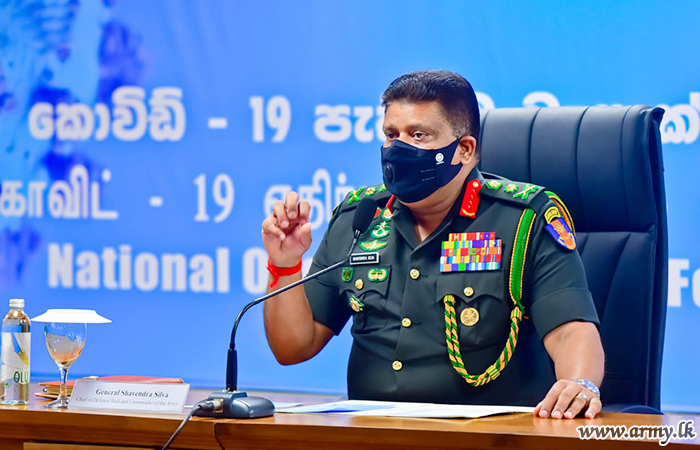 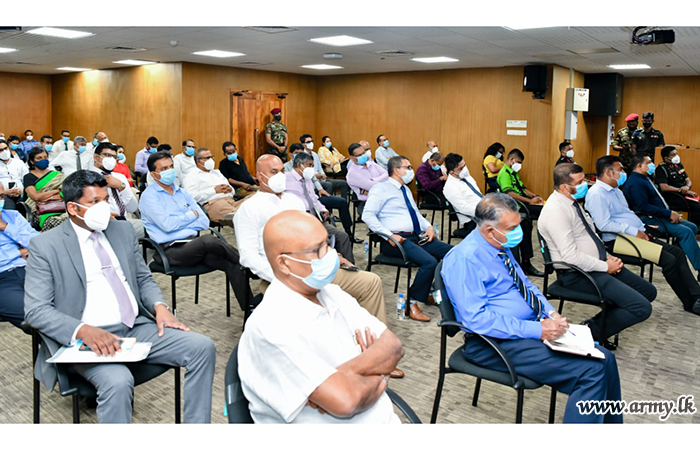 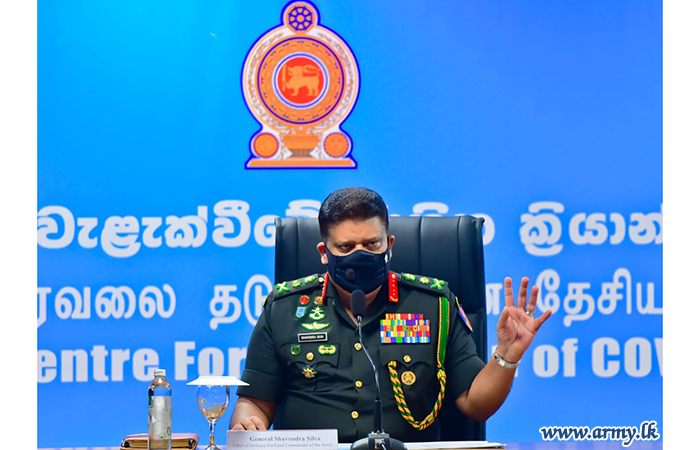 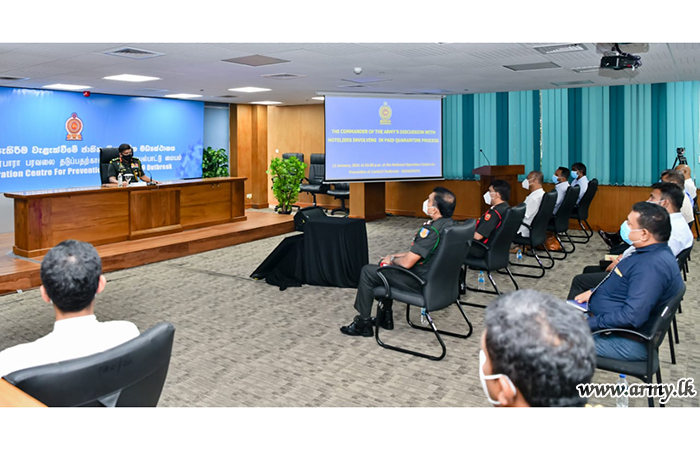 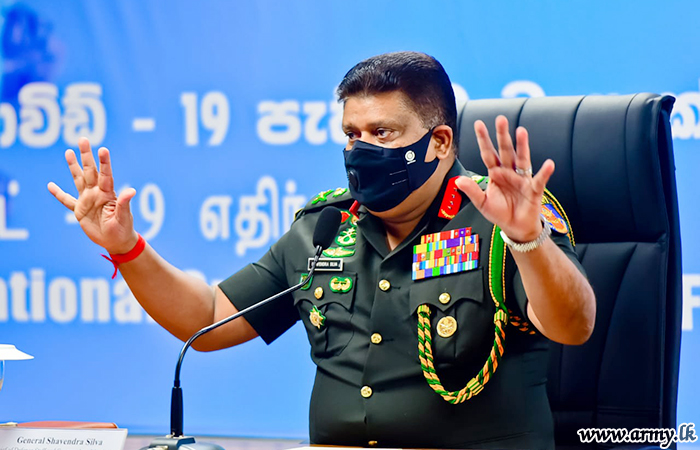 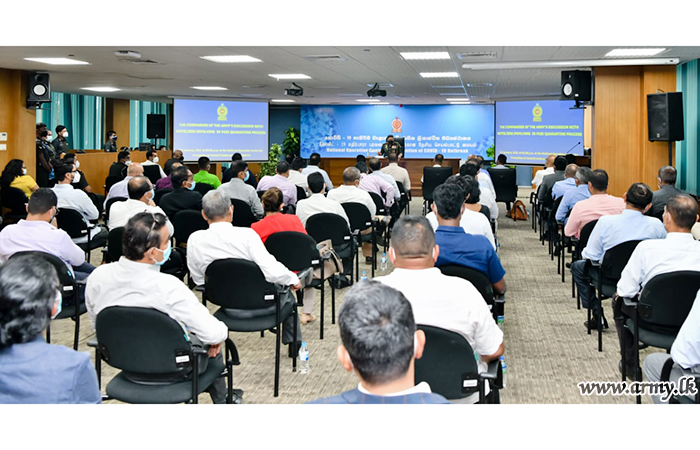 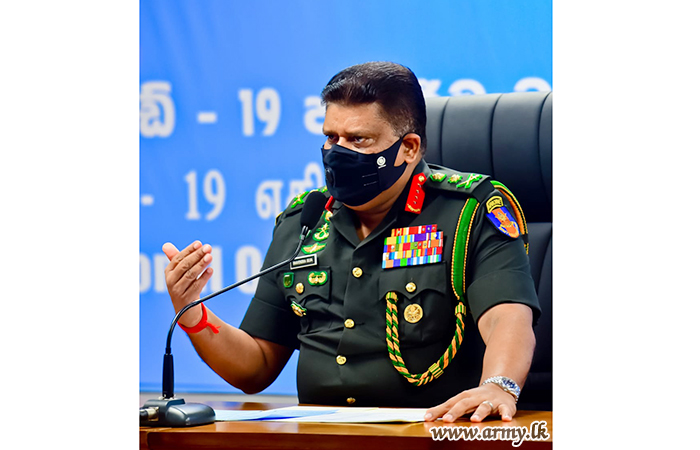 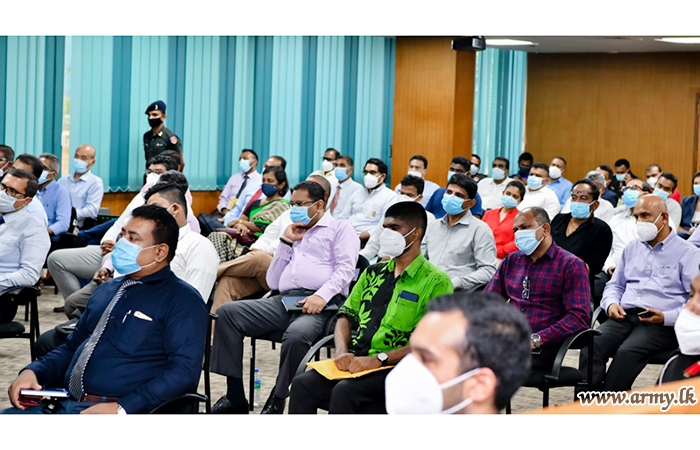 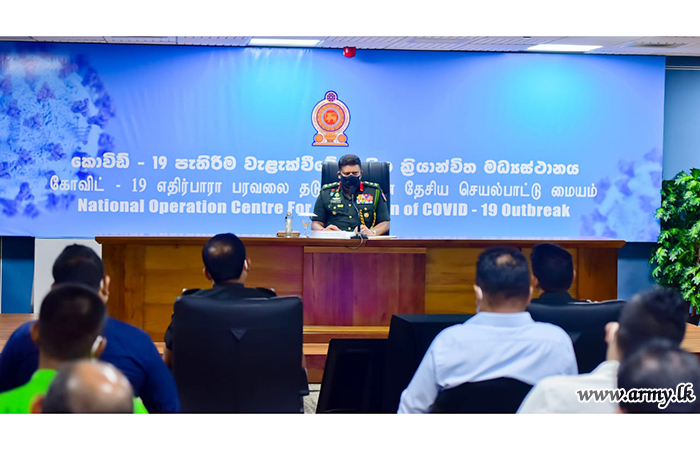 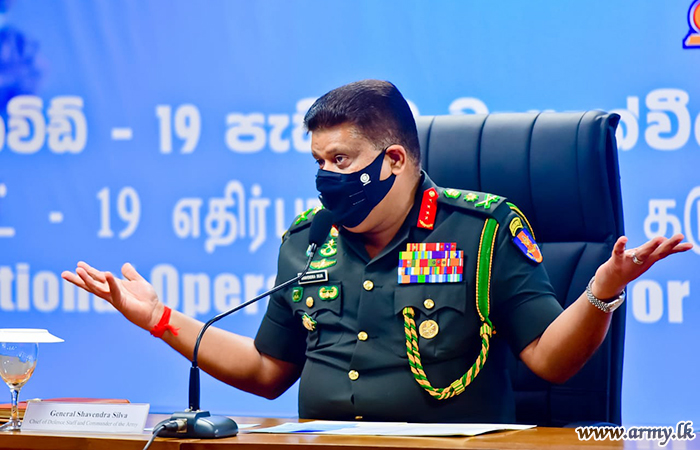 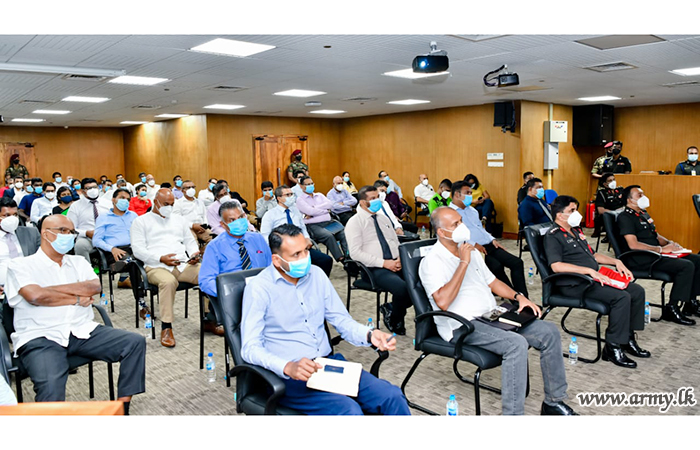