One of the Senior Brigadiers of the Commando Regiment (CR), Brigadier PGPS Rathnayake RWP RSP recently promoted to the rank of Major General, this morning (29) during a formal courtesy call, received his symbols of authority from the Commander of the Army, Lieutenant General Vikum Liyanage at the Commander’s Office.

He is presently following the National Security and Strategic Studies Course No1 at the National Defence College (NDC) at Colombo 3.

The Army Chief extended his hearty congratulations and best wishes to Senior Officer who has sweated for more than three decades for the betterment of the organization.

After cordial interactions, the Commander of the Army awarded General’s sword to signify his new authority as a two-star General.

Major General PGPS Rathnayake RWP RSP thanked the Commander of the Army for his warm wishes and added memories to the occasion by posing for several photos with the Army Chief. 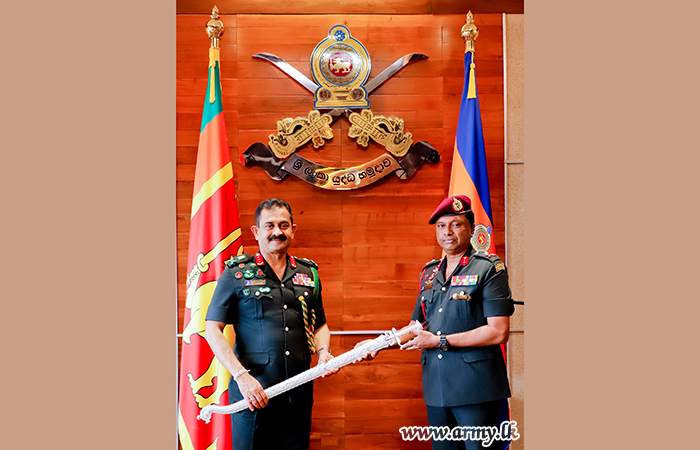 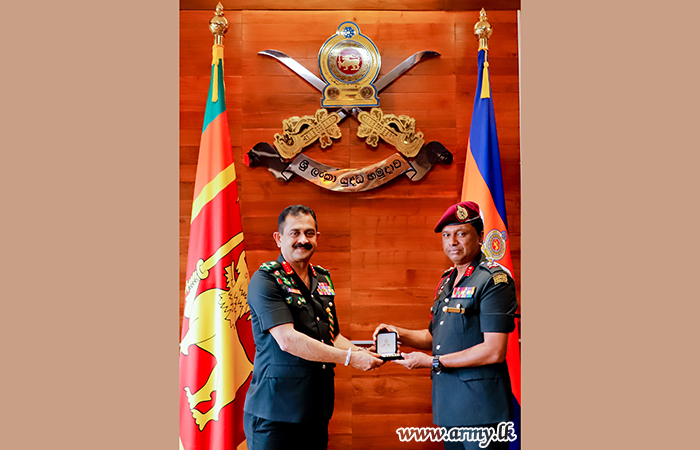 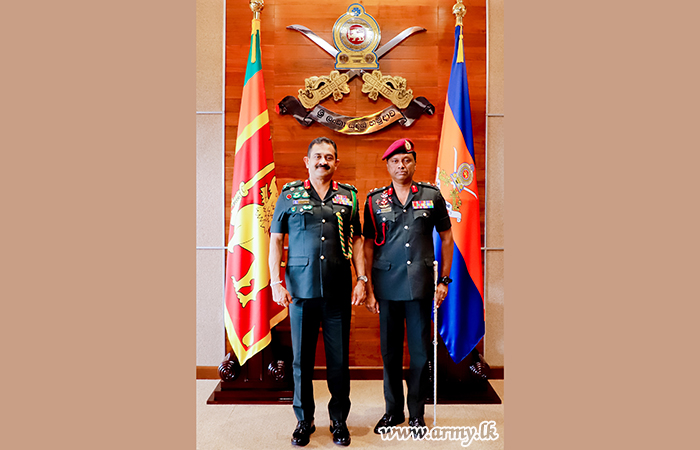