New State Minister of Defence Inaugurates Office at His Ministry

The new State Minister of Defence, Hon Chamal Rajapaksa this morning (29) amidst religious observances, blessings and greetings assumed office at the Ministry of Defence in Colombo during a simple ceremony, attended by Ministers, Secretary Defence, Chief of Defence Staff, Army, Navy and Air Force Commanders, acting Inspector General of Police, Director General of Civil Security Department, Ministry officials, Heads of all MOD establishments and other invitees.

At the entrance to the Ministry premises, Major General (Retd) Kamal Gunerathne, Secretary Defence offering a sheaf of betel welcomed the new Minister and ushered him to his office at the Ministry. Lighting of the traditional oil lamp by the day’s protagonist along with the Secretary Defence, Chief of Defence Staff, Tri Service Commanders, acting IGP and a few MOD officials symbolized the inauguration of the new office.

As members of the Maha Sangha, led by Ven Ittademaliye Indrasara Nayake Thera commenced invocation of blessings chanting ‘Seth Pirith’, the new State Minister of Defence signified the acceptance of his office by leaving his signature for an official document.

After a while, the new State Minister had his first formal meeting with the Secretary Defence, Chief of Defence Staff, Tri Service Chiefs, acting IGP, MOD officials and heads of all MOD establishments at the main auditorium, in which he requested all of them to perform their duties for the best interests of the Nation and sought everyone’s support for conduct of his duties in the Ministry. 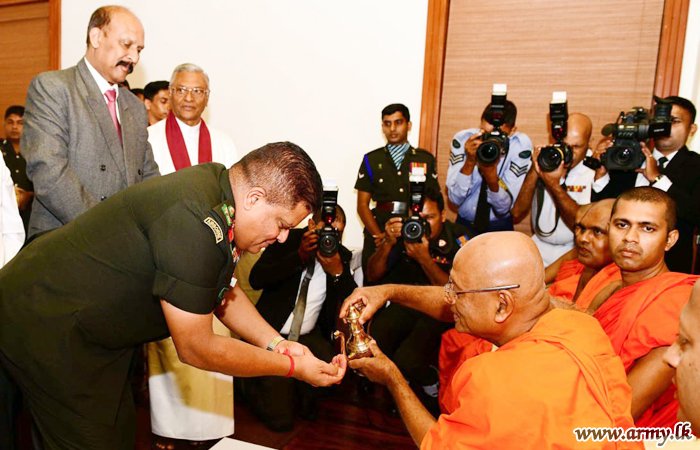 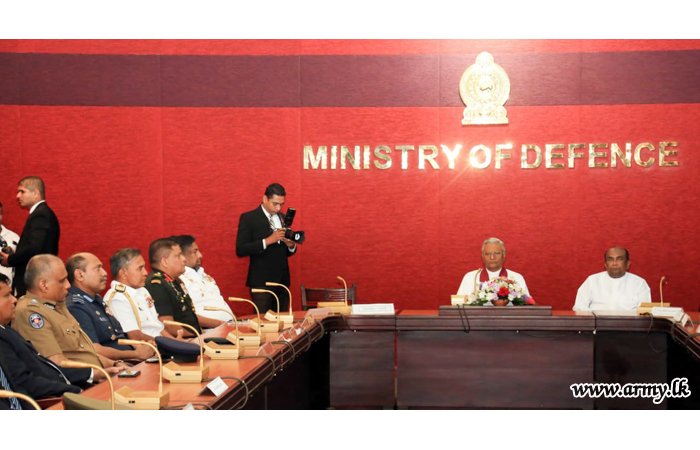 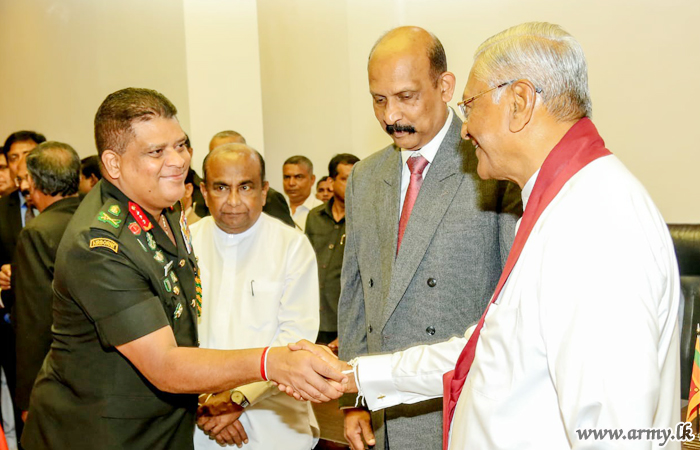