The newly-appointed Special Representative of the Secretary General (SRSG) and Head of MINUSMA Mr El-Ghassim Wane on 4 June 2021 formally visited all key UN installations and visited the Sector East where the Sri Lankan Combat Convoy Company (CCC) is located.

The visit to the Gao Super Camp was presented with due military honours. As per the protocol Head of the Office of the Sector East Headquarters Mr Mohamed Souef, who is the chief of the civil component, invited the Sri Lankan Combat Convoy Company to host the visiting SRSG and his delegation to dinner amidst many other military formalities inside the Gao Super Camp.

All arrangements were put in place on the direction and supervision of the contingent commander Lieutenant Colonel Dinesh Bulathsinghala with the support of other Officers and Other Ranks.

The SRSG, Hon Governor of the Gao Region, Brigadier General Moussa Traore, Sector Commander of Sector East Headquarters, Head of the Office Mr Mohamed Souef, Chief of Staff Ms Claudia Banz, Fama Regional Commandant, Colonel Issa Coulibaly, Mayor of Gao Region Mr Boubacar Dakka and other delegates on arrival at the camp premises of the Sri Lankan Combat Convoy Company were presented a drive past Guard Turnout at the entrance. Later, the SRSG and his delegation were traditionally welcomed by the contingent commander followed by a short video clip that showcased Sri Lanka and the Sri Lanka Army.

The pre-dinner session was undeniably significant to share views and thoughts between the delegation and members of Sri Lankan CCC. The SRSG shared his optimistic feelings on the Sri Lankan CCC with the contingent commander and extended warm wishes for the CCC 3 for a safe and successful tour of duty under the MINUSMA before he left his thoughts in the visitors’ book. In his remarks in the Visitors' Book, he thanked the Sri Lankan Government, and especially the Commander of the Army.

Marking the conclusion of the event, mementoes were also presented to the SRSG and Honourable Governor of the Gao Region by the contingent commander. 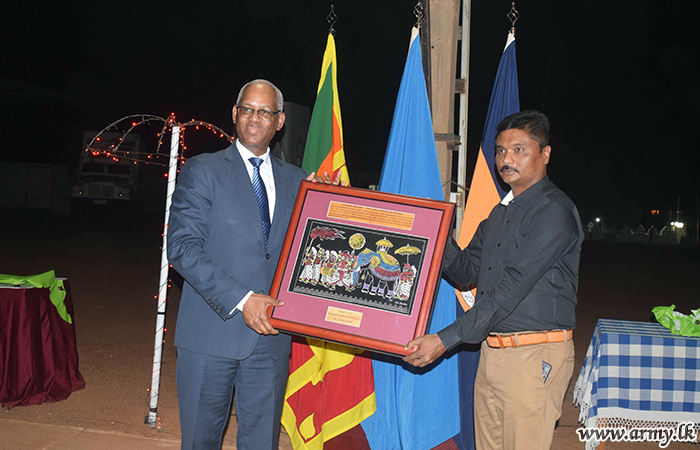 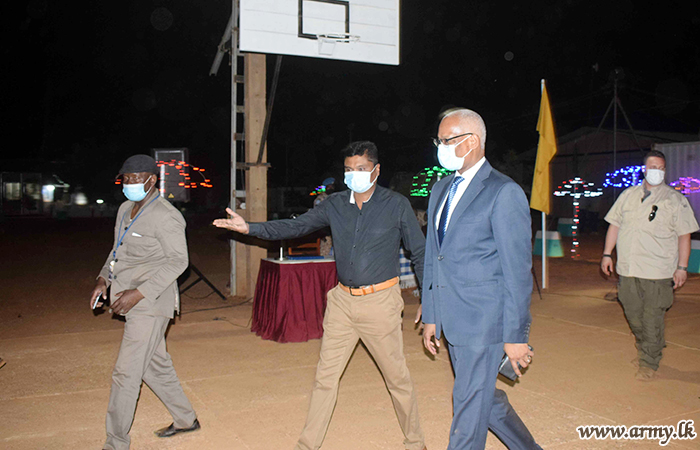 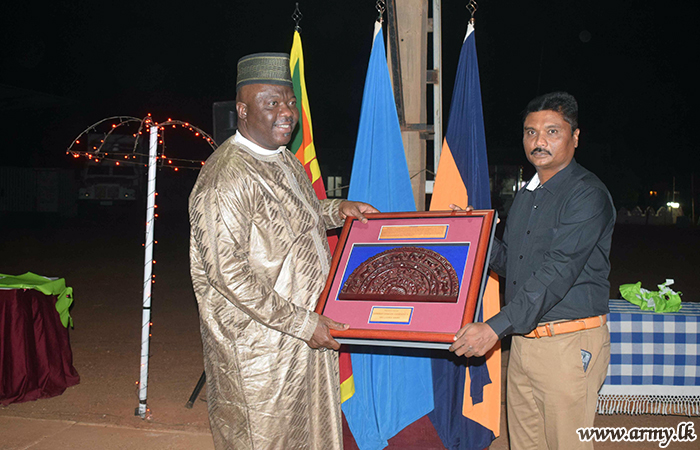 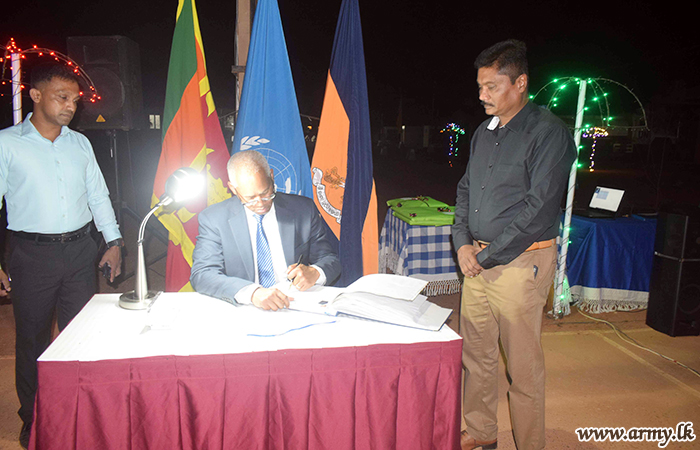