The new Colonel Commandant was greeted to a Guard Turnout, presented by troops of the Regimental Headquarters of the SLA and accepted the regimental salute in a parade, inclusive of Regimental Colours.

As a symbolic gesture of taking over the command, Major General Priyantha Jayasundera placed his signature for a formal document in the presence of Council members, Commanding officers and the staff at the Regimental Headquarters after brief religious observances and lighting of the traditional oil lamp got underway.

A formal tea party and an all rank lunch brought the occasion to an end.

Major General Priyantha Jayasundera is one of the most senior gunner officers serving at the regiment. 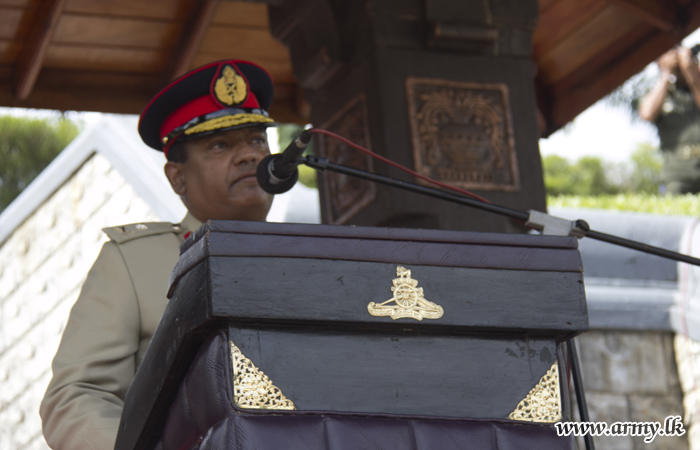 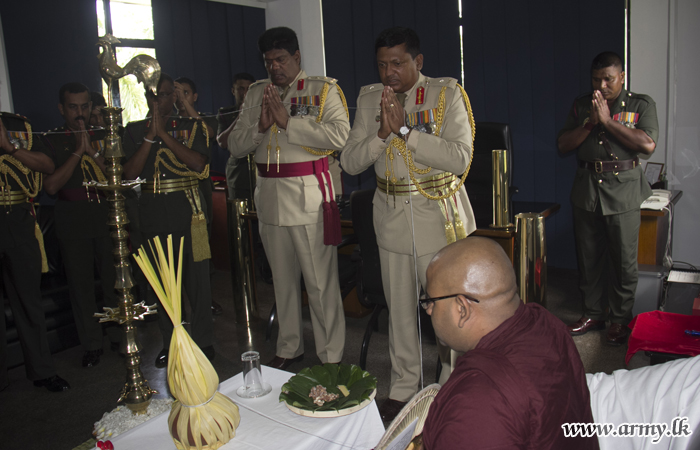