Major General N. Wijesinghe, Quarter Master General, received the Navy Chief on his arrival and led him to the dais where he was accorded a Guard of Honour by Sri Lanka Artillery after the inspection of Guard Turn- Out. Major General Sarath Fonseka, Chief of Staff, Major General W.U.B. Edirisinghe, Adjutant General and Major General M.A.M. Pieris, Master General Ordinance were there on the occasion to congratulate the visiting Navy Chief. 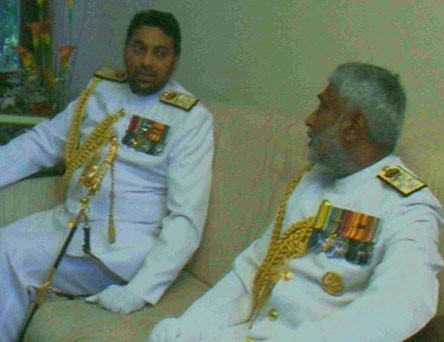 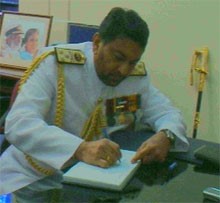 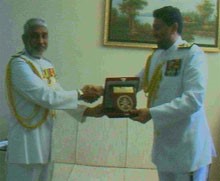