There are plenty of stories from and about war and conflict, but the one story that had the deepest impact is a rather simple one from World War II. Actually, it happened long after the world's biggest war came to an end. Once, a little boy asked a World War II veteran a seemingly simple question when they met a veterans' event: "How does it feel to be a war hero?" His reply, though simple, has a very deep meaning and reveals all you need to know about the harsh reality of the battlefield. "Son, I am just a survivor. We buried all the heroes."

This is indeed how most soldiers think about themselves. They do not think of themselves as heroes. These are men who had seen their best friends fall in the battleground. These are men who had possibly become injured themselves, but carried on bravely. These are men who would have lost their eyes, hands and legs as a result of enemy action. But they do not regret any of it for even one second. They are humble to a fault and see defending their Motherland as their supreme duty. They are ready to face any obstacle that comes their way, including death itself.

Thousands of young men sacrificed their lives so that we could live in a country free of terrorism. Thousands of others have been disabled permanently. Yet, they do not for a moment regret joining the Armed Forces and fighting to save the motherland from a ruthless band of terrorists classified by the FBI as the most dangerous in the world.

Their families too were (and still are) fully supportive of the role played by their sons and daughters.

There are mothers who had given all their sons to the Armed Forces and are very proud of it. This Month, in which we commemorate the defeat of terrorism, has given us an ideal opportunity to pay tribute to these heroes of the battlefield.

It was just five years ago that they achieved what many thought of as an impossible task. And they 'did the impossible' in just three years, from 2006 to 2009. But we should not forget for a moment that they battled the terrorists for 30 long years. In this endeavour, there were both successes and failures from time to time.

The terrorists caused carnage not only in the North and East, but also in the rest of the country. But in the end, the victory of the Security Forces was a spectacular success. Their indomitable courage and unwavering commitment in defending the Motherland must be hailed by all. It is in this context that we have to think of their well-being at all times. Taking care of war heroes from all three Forces (without, of course, forgetting the role played by Police, STF and the Civil Defence personnel), should be considered a national duty.

They should have access to world class medical and other welfare facilities.

Some of them have suffered injuries which take a long time to heal. Moreover, serving soldiers and their families too must be taken care of since they do have a very significant role to play to protect the Nation, especially in the light of reports that terrorist elements are trying to regroup. The Armed Forces must therefore remain vigilant all the time to keep the peace.

The State-of-the-art Military Hospital that will be opened today in Narahenpita, Colombo, is thus a step in the right direction. The centrally located and easily accessible hospital which is equipped with all modern facilities is considered as the largest ever military hospital in Sri Lanka, with 1,024 beds. It has 21 wards, 12 dental surgery units and nine operation theatres. The vast complex is equipped with a Sterilization and Supply Division (SSD) facilities, MRI scanning facilities, a roof-top helicopter pad, automatic x-ray screening machines, two modular operation theatres, Pathology Laboratory, Radiology Unit, Dermatology Unit, VIP rooms, Medical Air and Nurses calling facilities, labour room, a canteen and an auditorium with 314 seats. It can treat 1,000 out patients (OPD) daily. It is already being hailed as one of the best hospitals in Asia, military or civilian.

The members of the Army and their relatives will have the opportunity to receive treatment from this hospital.

In addition retired Army personnel and their family members will also have the opportunity to receive treatment. Members of the Navy, Air Force and Police will also be able to obtain medical treatment from this hospital. There are those who criticize moves such as these, saying that facilities for the Armed Forces must be scaled down as there is no large-scale conflict now. However, we should not underestimate the fact the conflict lasted for more than 30 years, killing and maiming thousands of youth in their prime. We should forever be grateful to them and no amount of medical or other facilities can really compensate for the sacrifices they have made on and off the battlefield. They deserve the best in life, no less. After all, we are here today because they sacrificed their tomorrow for us. They are our brothers and sisters in more ways than one. Theirs is a mission that has no end. As long as threats to the country persist, they will be vigilant. In this regard, protecting their health is a vital need.

The security of the country and its people is still paramount and one cannot dismiss or underestimate the threats faced by the country internally and externally. Apart from that, it is heartening to note that the Forces are being deployed for the country's accelerated development drive. Such a re-alignment of duties should be seen in the context for the need to develop especially the North and the East, which bore the brunt of the hostilities. Forces personnel are also breaking through the language barrier in those areas to reach out to the people as part of their Humanitarian Mission. This mission still continues though the parameters have changed from the days of conflict. Taking care of our heroic Forces personnel engaged in this drive should be of paramount importance.

Five years after the defeat of terrorism, there is a lot more work to be done in achieving peace and reconciliation. The Armed Forces and the Police have done their job - and are still doing - but we, the people, also have a role to play. One of them is never ever forgetting the sacrifices made by our valiant Armed Forces and Police personnel.

This is also the time to make a clarion call to our brothers and sisters in the medical field to earnestly consider a career in the Armed Forces as medical personnel either in the Volunteer or Regular Forces (the Army recently announced a volunteer forces recruitment drive for professionals, including medical professionals). It will be far more than a job - it will be a richly rewarding experience that will make you proud about giving a new lease of life to those who had given the best years of their lives for the Nation. Having a healthy Armed Force will indeed be a major strength for a country that is emerging from the shadows of war and seeking everlasting peace. (Courtesy : Daily News) 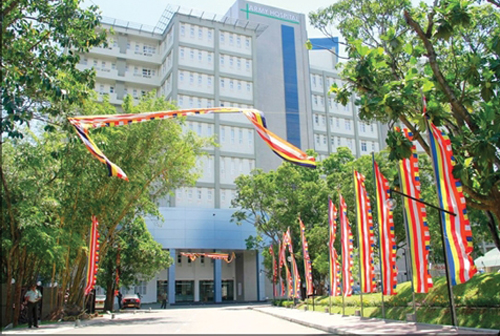