Major General Dushyantha Rajaguru, the newly-appointed Colonel Commandant of the Military Intelligence Corps (MIC) assumed duties during a simple ceremony at the MIC Regimental Centre, Karandeniya in Ambalangoda on Tuesday (1).

On arrival at the Regimental premises, the newly-appointed Colonel Commandant was welcomed by the Centre Commandant before a Guard Turnout presented by MIC troops greeted him in accordance with military traditions.

Afterwards, Major General Rajaguru laid floral wreaths at the war monument for fallen War Heroes and recalled their sacrifices. A subsequent Guard of Honour saluted the new appointee in the parade ground after he was invited to review the parade.

The new Colonel Commandant of the MIC was later on invited to plant a ‘Sandun’ sapling in the Regimental premises to mark occasion.

Afterwards, Major General Rajaguru formally placed his signature in an official document and signified the acceptance of the new office before he addressed All Ranks in the camp. An All Rank tea-table at the MIC Regimental Centre enabled him to share a couple of views with All Ranks.

Finally, the new Colonel Commandant made a routine inspection inside the camp. 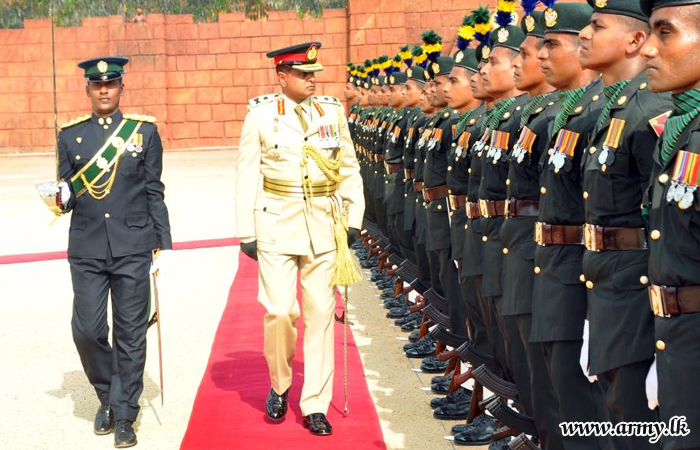 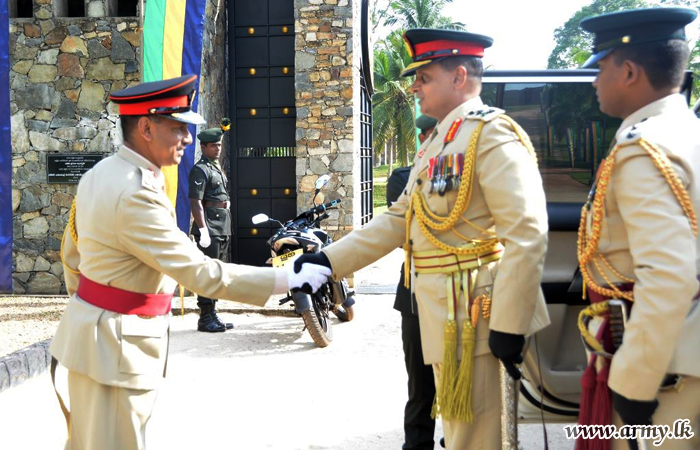 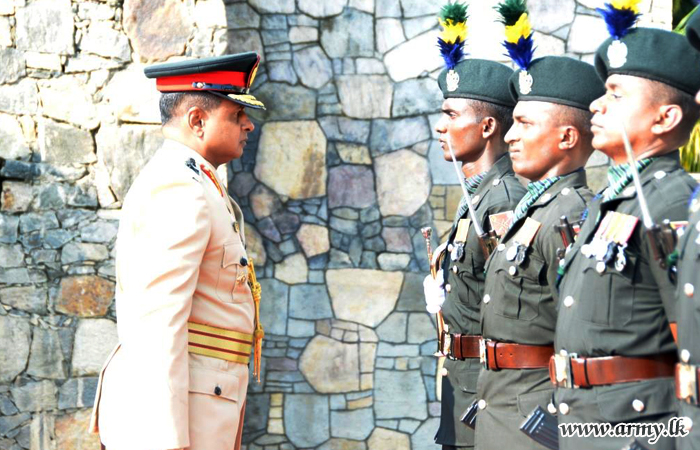 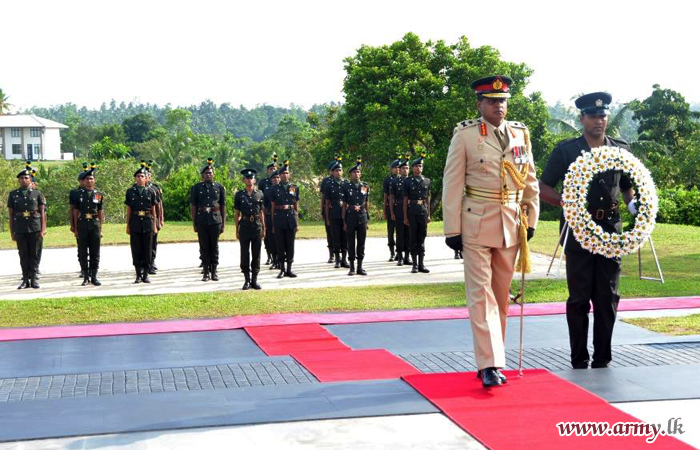 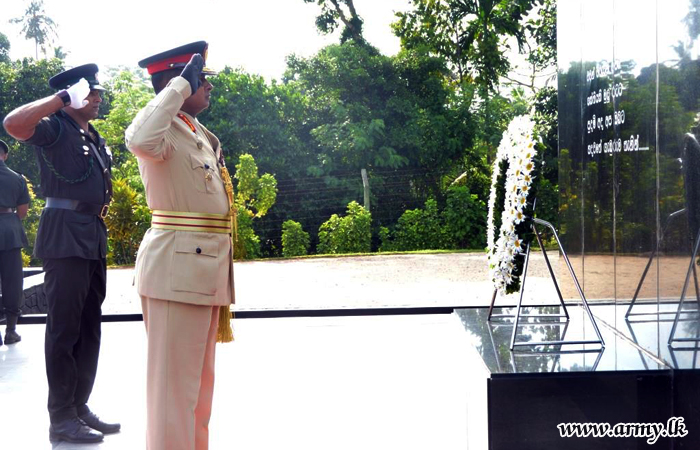 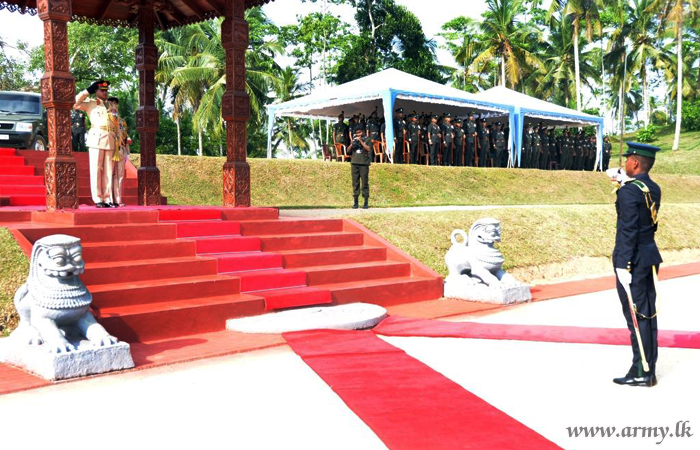 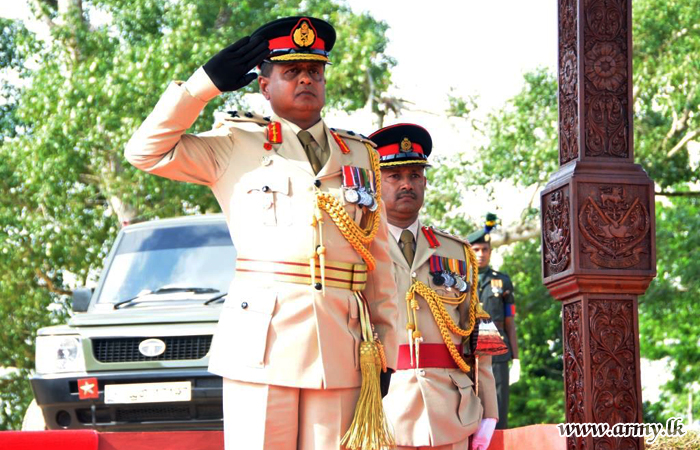 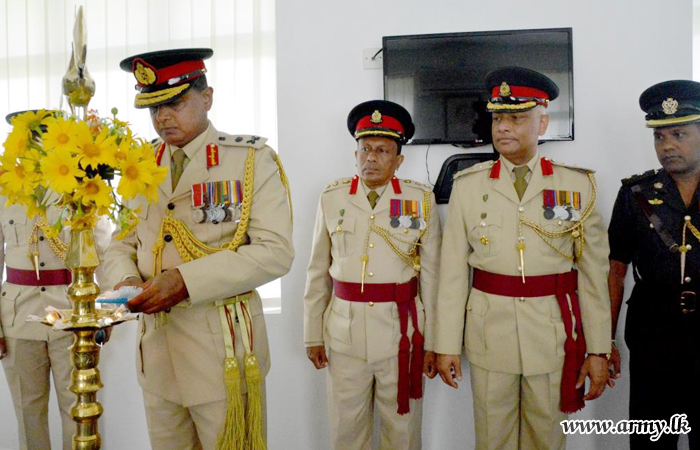 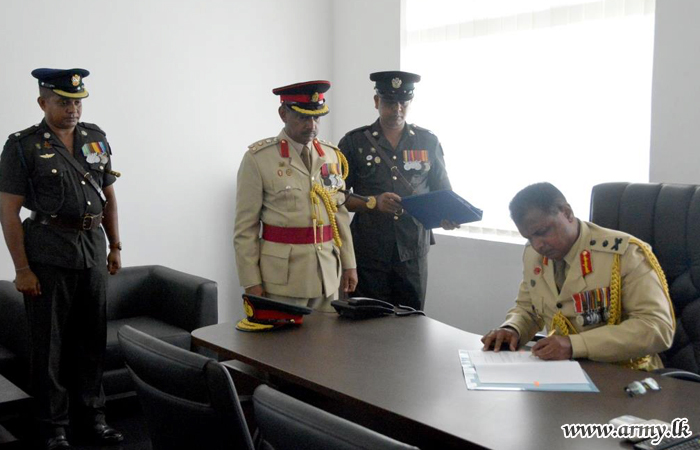 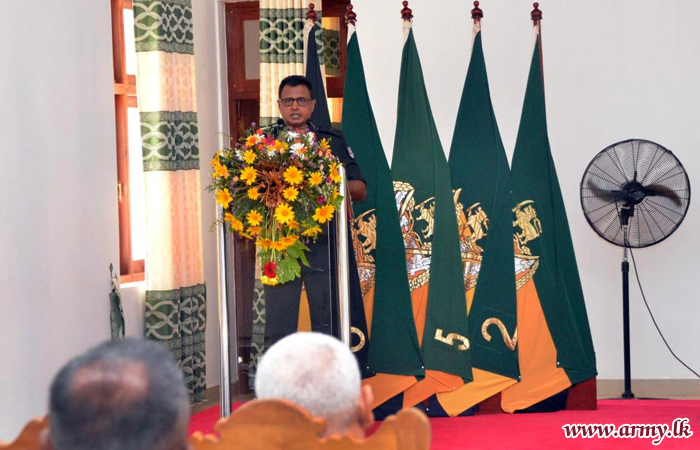