New ICRC Regional Delegate Introduced to Commander of the Army

Mr Levent Vezir, Regional Armed and Security Forces Delegate of the International Committee of the Red Cross (ICRC), the new Regional Delegate for Sri Lanka paid a courtesy call on the Commander of the Army, Lieutenant General Mahesh Senanayake on Monday (12) at the Army Headquarters, together with the outgoing Regional Delegate Mr Konstantinos Mortopoulos.

The visiting three-member ICRC delegation, led by the outgoing Mr Konstantinos Mortopoulos during their meeting with the Commander of the Army exchanged views on matters of relevance to their contribution in Sri Lanka and received an update on the roles and tasks of the Army versus its interaction with ICRC partners in Sri Lanka with special focus on the North and East.

Lieutenant General Senanayake thanked the outgoing ICRC delegate for his support for facilitation of Army responsibilities, particularly in the North and East of the country during his tenure of office.

Lieutenant General Senanayake also recalled his organization’s close working partnership that has been on for years with the ICRC and acknowledged its cooperation with gratitude. Ms Claire Meytraud, Head of Delegation was also associated with the meeting. 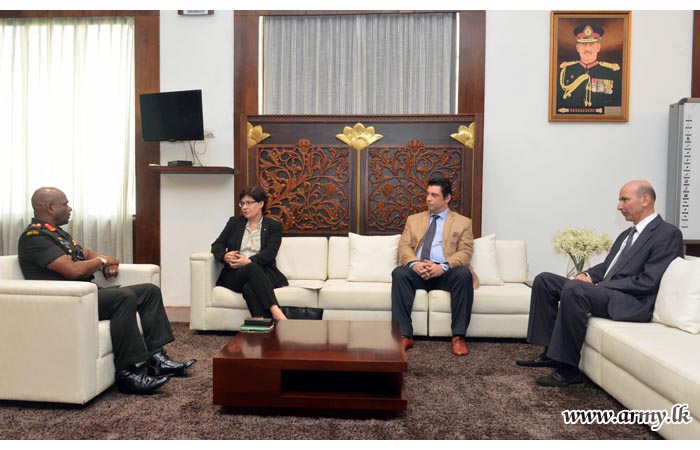 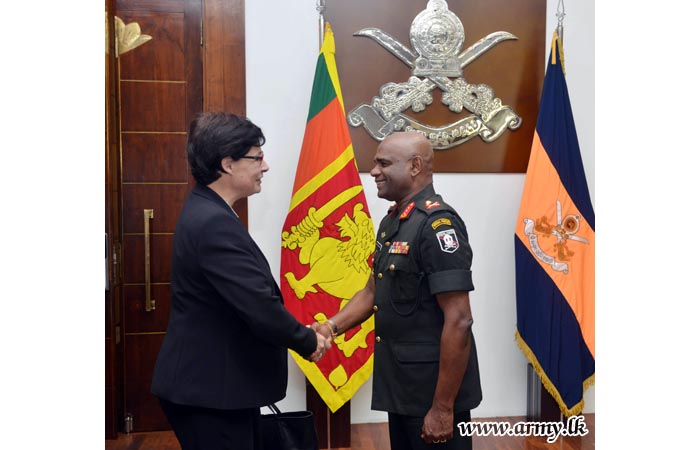 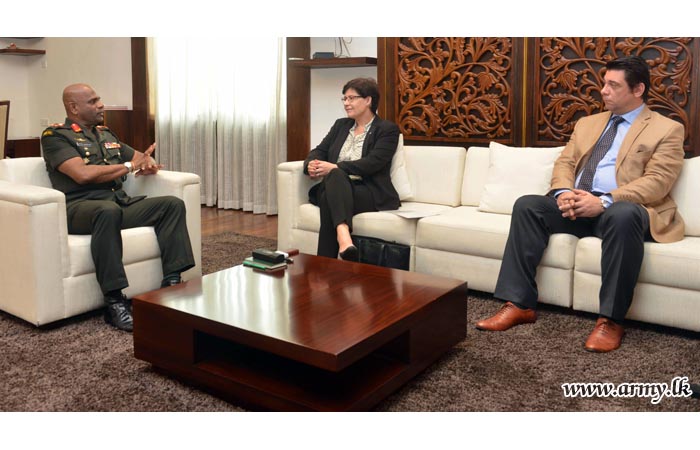