The industrial sector of the Army on Thursday (25) turned a new leaf in its history of production by opening the Sri Lanka Army Ordnance Corps (SLAOC) new wing of Equipment Manufacturing and the Tailoring section during a ceremony at the SLAOC Regimental Headquarters in Dombagoda, Horana.

Lieutenant General Crishanthe De Silva, Commander of the Army as the Chief Guest at the invitation of Major General R.V Udawatta, Colonel Commandant, SLAOC graced the inauguration of both sections which are of maximum use to the Army.

New Tailoring section which houses 50 brand new sewing machines is capable of producing PT shorts, uniforms, military garments and decorative symbols, etc which are essentially parts of the military dresses, thereby saving a fair sum of money to the Army. The Army Chief unveiled a plaque, opened the section amid applause and witnessed how the new section works.

Afterwards, the Commander was invited to inaugurate the new technical equipment manufacturing section where vehicle canopies, kit bags, canopy accessories, etc needed for Army vehicles can be produced for own consumption.

The Commander apparently, impressed with the production process had a close look at how those essentials are manufactured, maintaining quality standards in the Army’s pioneering industrial workshop which has earned a reputation for its products.

Lieutenant General Crishanthe De Silva,  freely mingled with the workforce in the factory and shared a couple of views with them in order to get a first-hand impression on the manufactured products before he moved to inspect Sergeants’ Mess, Museum, accommodation, sanitary facilities, recreation, etc provided to the soldiers, residing there.

On his arrival, Lieutenant General Crishanthe De Silva, was greeted with a drive-past Guard Turnout to suit military traditions before he was warmly received by Major General R.V Udawatta at the main entrance together with the RHQ SLAOC Centre Commandant. 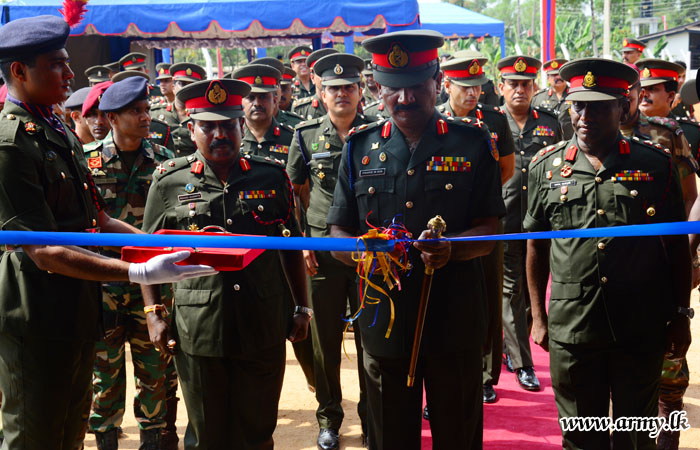 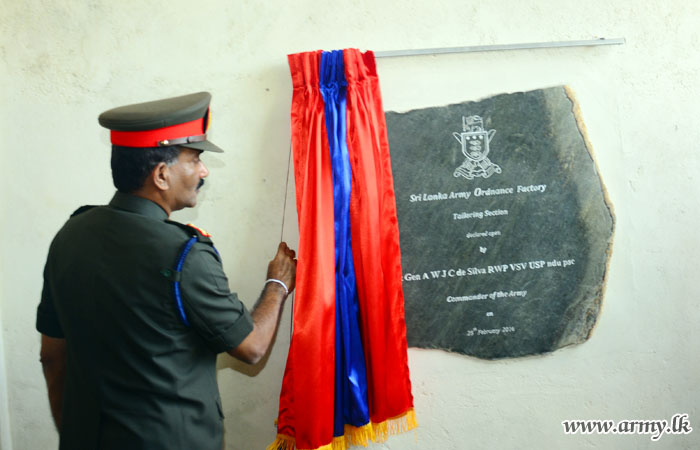 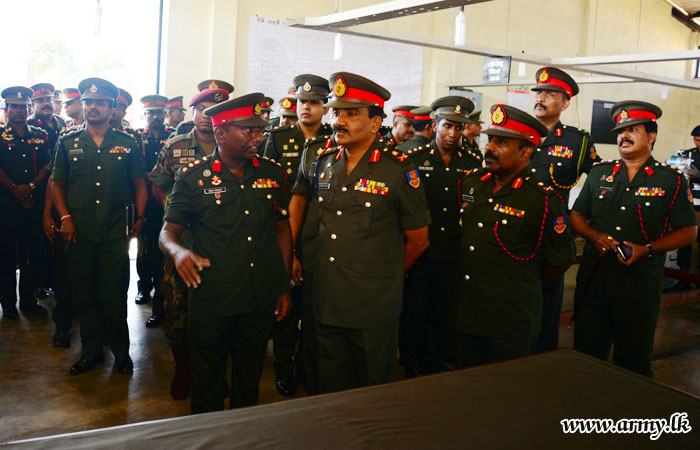 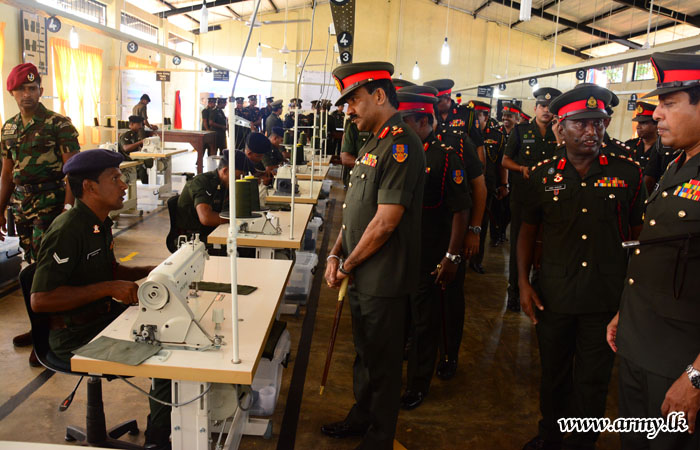 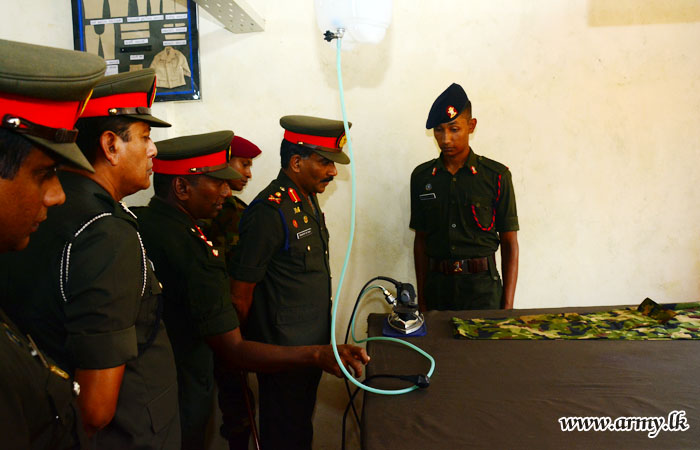 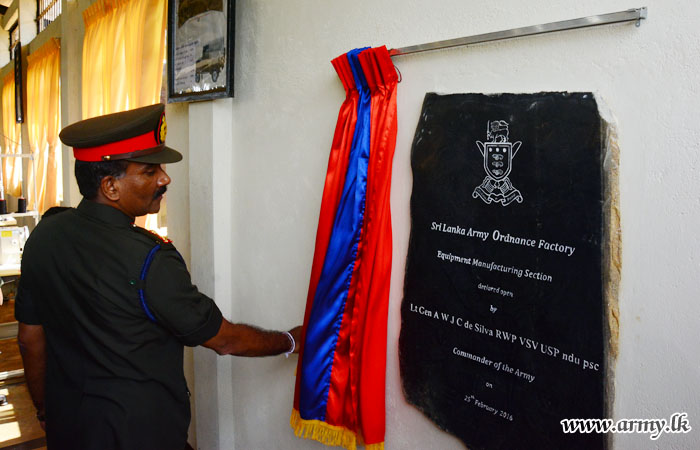 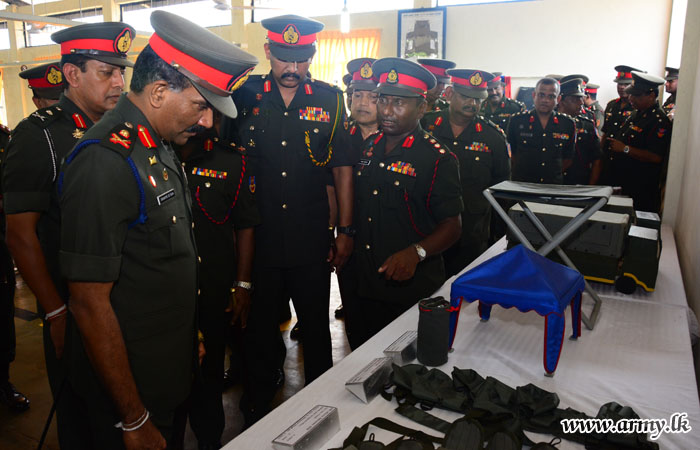 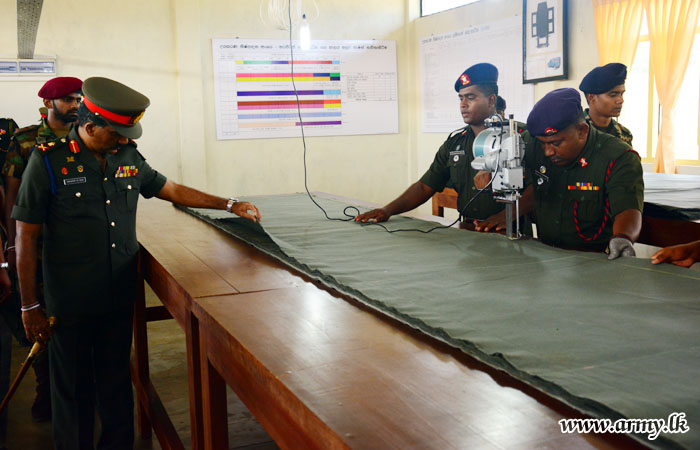 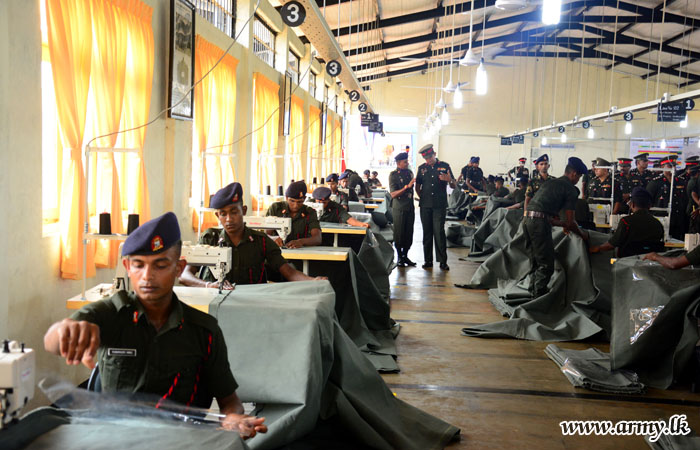 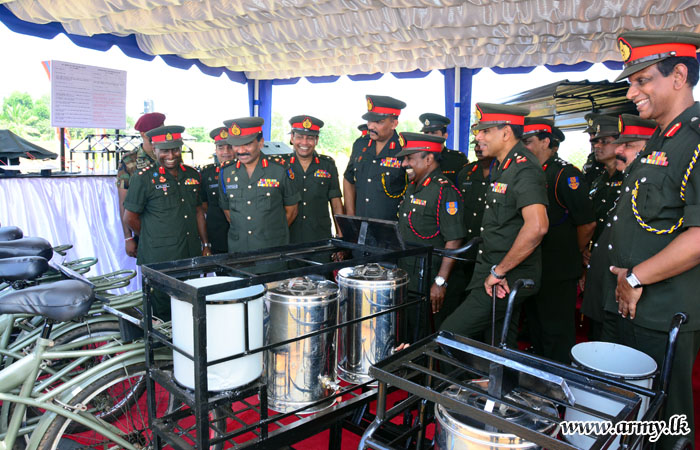 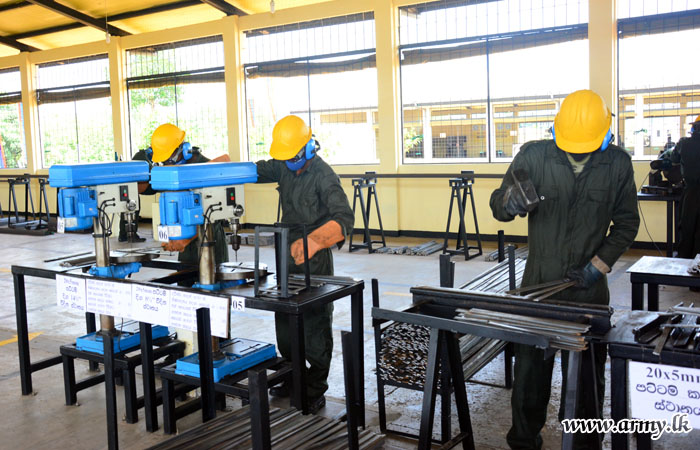 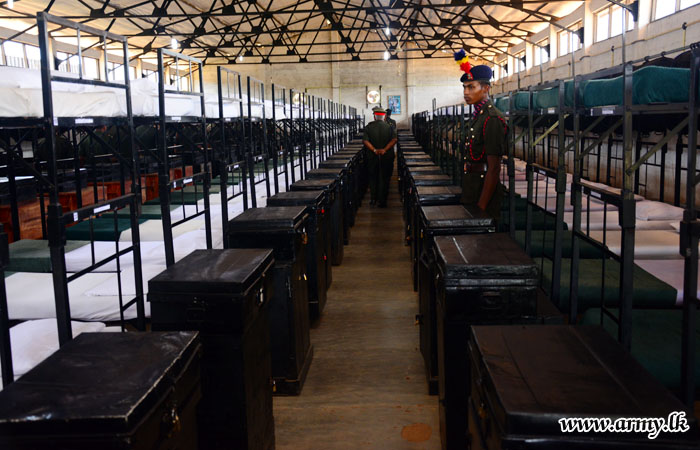 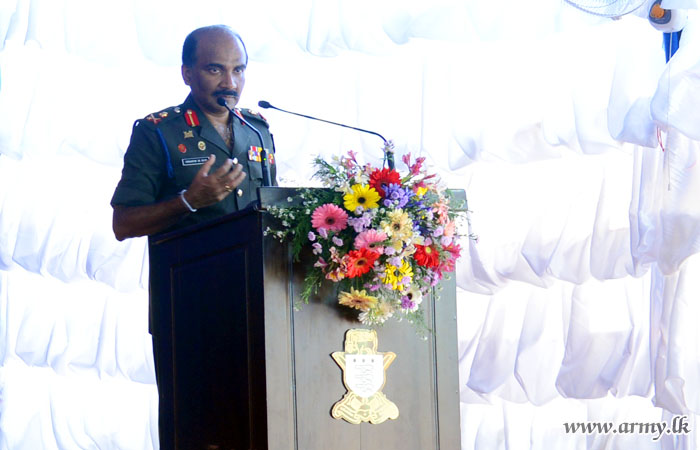 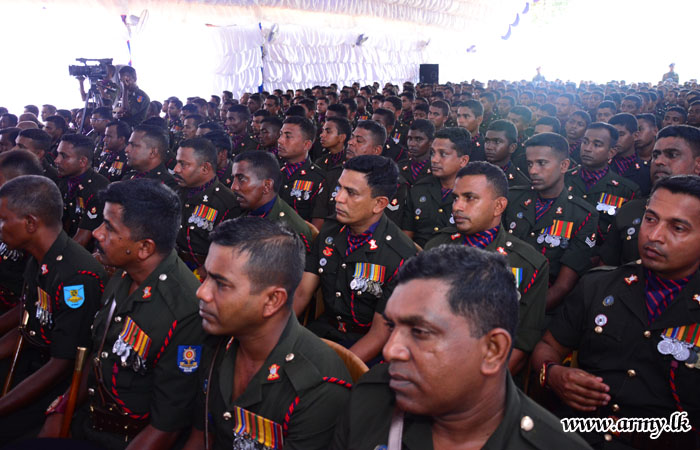 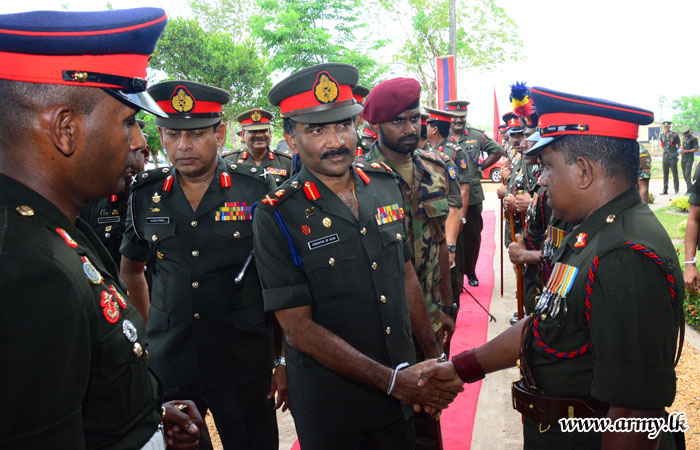 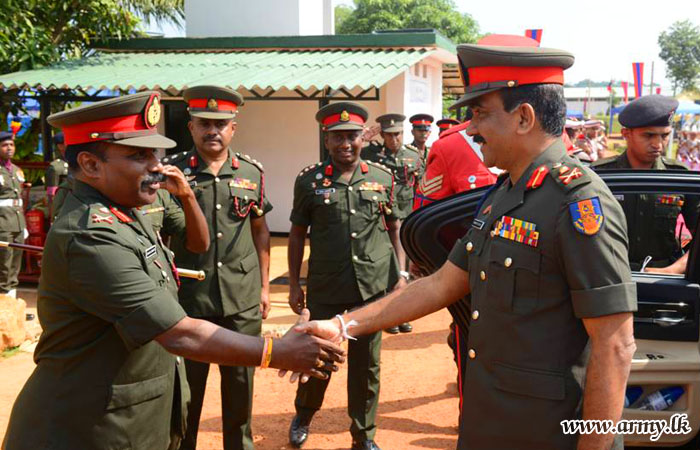 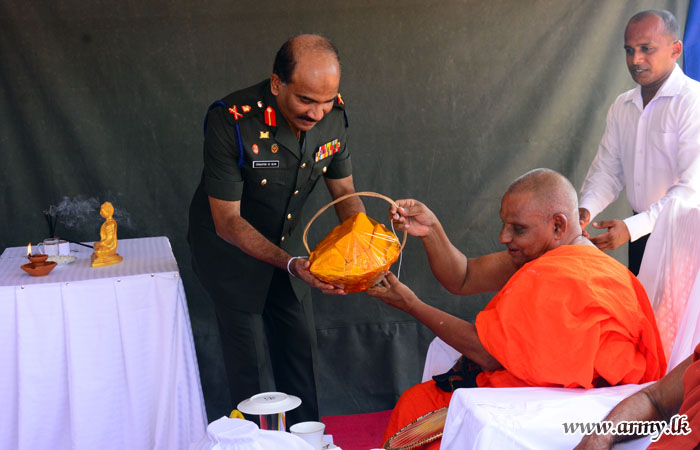